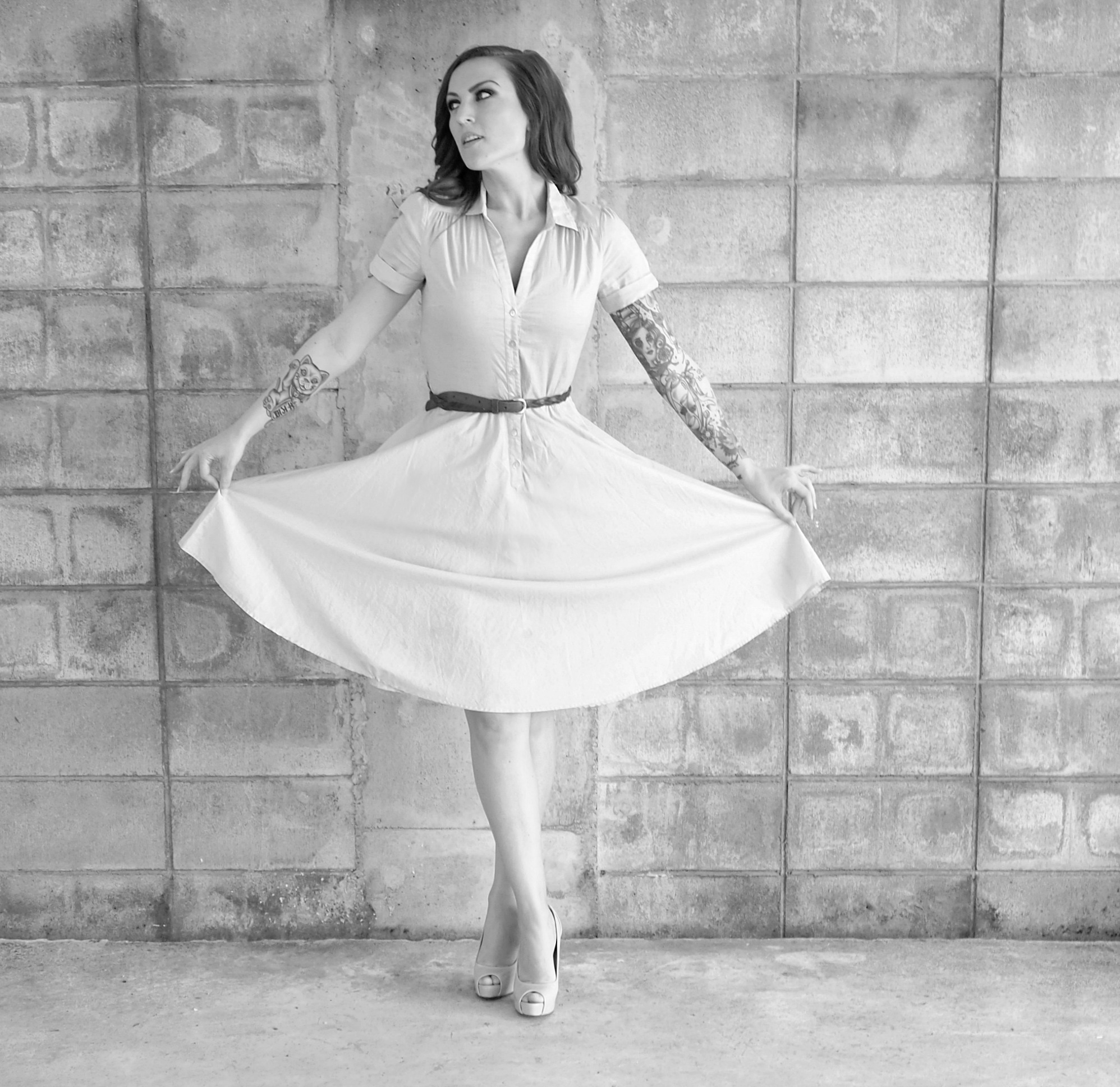 From a very early age I was uncomfortable with my body. Perhaps it had something to do with being raised in a very conservative, religious family where modesty was emphasized as a key to female purity and in turn, value. In contrast the magazines I read and trends I tried to follow sent very different messages about what my body should look like and what I should do with it.  It was all very confusing and by the time I was in middle school I was certain about only a few things: I wasn’t tan enough, I didn’t have nice abs and my thighs were too chubby. I covered up and sucked in and lamented my physical lot in life.

Then I had babies. 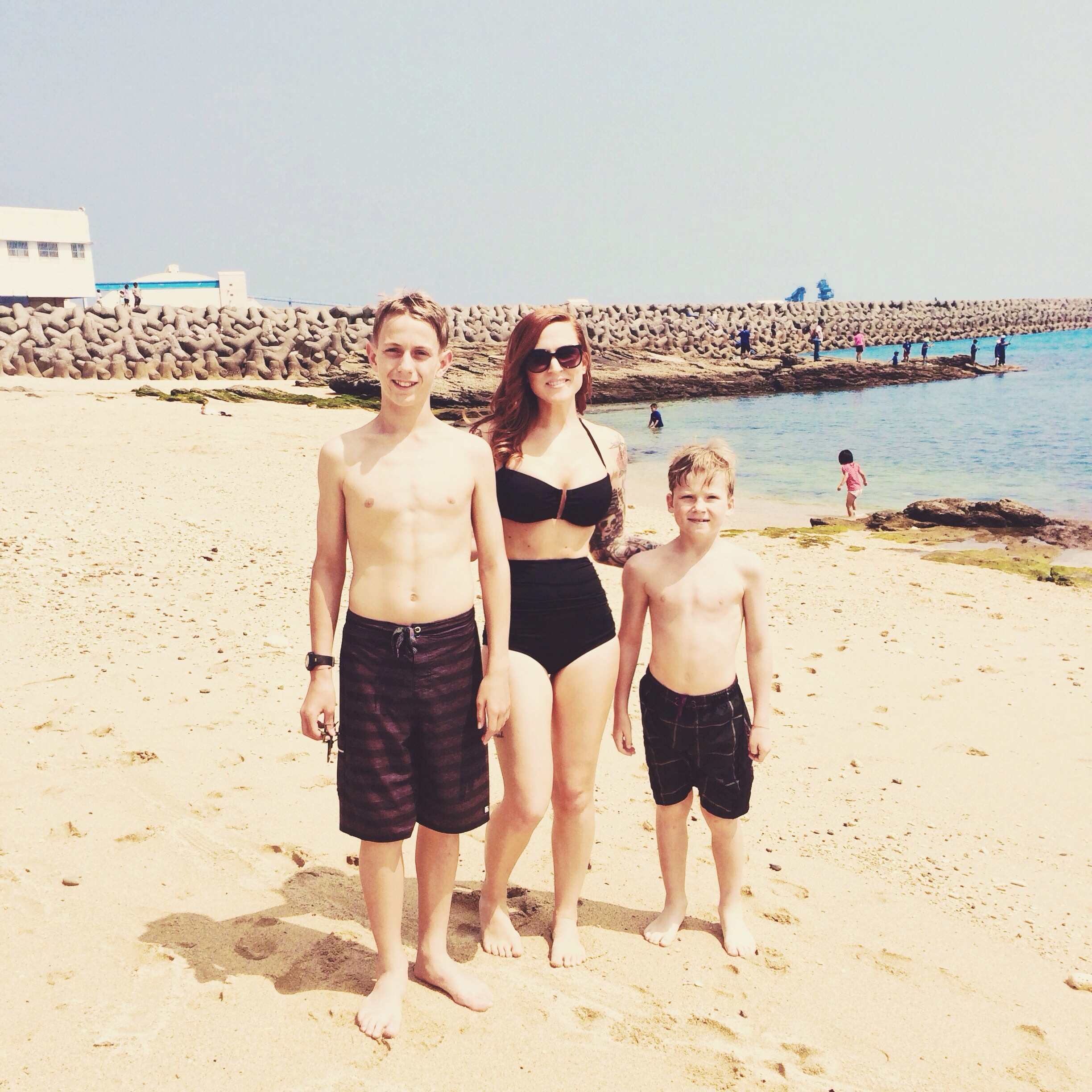 After two cesarean sections my body felt foreign to me. A spider web of stretchmarks marred my once-smooth stomach and a wide scar spread from hip to hip. If I hated my body at fifteen I detested it by twenty-three.

So how did a mother of two with serious body image issues and a criminal justice degree find herself working in the boudoir industry? Well, as absurd as it sounds, I sort of fell into it. We had family photos taken by a wonderful photographer who also owned a boudoir photography studio and our meeting coincided with her current assistant announcing an impending move. I mentioned that I had been looking for a job and bing bang boom, within a week I was doing makeup, lacing corsets and conceptualizing photo-shoots. It was weird and wonderful and in the end, incredibly eye-opening.

The studio had a diverse clientele of women in all stages of life with a variety of body types, but they all had at least one thing. That negative thing you see above all else when you look in the mirror. Cellulite, moles, small breasts, saggy breasts, a crooked tooth or faded scar, extra weight, wrinkles or a roll of stomach fat only visible when you bent a certain way.

On one particular shoot a stunningly beautiful woman came in to reward herself for reaching a weight loss milestone. Her body was bananas, yet even as I envied her she lifted her arm and said, “Now I just need to do something about this flab” and pinched the skin beneath her bicep in disgust. I wondered what else she would need to do to her body before she would be happy with it.  Would she ever be? Will any of us ever be?   It’s as though the objectification of the female form has become so prevalent that women now view themselves as nothing more than a collection of flawed parts.

For almost two years I worked in boudoir, with professional models and amateurs alike.  Nudity was commonplace in a tiny studio with an all-female staff and you know what I discovered? Everybody has pores. Everybody has something they don’t love about their body. While you’re wishing you had her ass she’s wishing she had your eyelashes and we’re all just monumentally wasting our time and energy.  The happiest, most fearless women I met in my time there were the ones who knew the secret. They were confident and intelligent and did not pursue perfection because they knew it was a lie.

Now when I open a magazine I am able to appreciate it with a sort of detached pragmatism, like an adult watching a cartoon. It’s nice, it’s entertaining, but it’s not real. It’s the combined efforts of professional models, designers, photographers, hair and makeup artists, photo editors and lighting experts. There are still things I’m a little insecure about, but I look back on sixteen and wish I had appreciated the body I had then, and when I’m fifty I’m going to look back on the body I have now and think, “Man I was so hot.”

I’ve had this sweater forEVER. It’s vintage. I found it a decade ago at a thrift shop and have only worn it once. Yet…