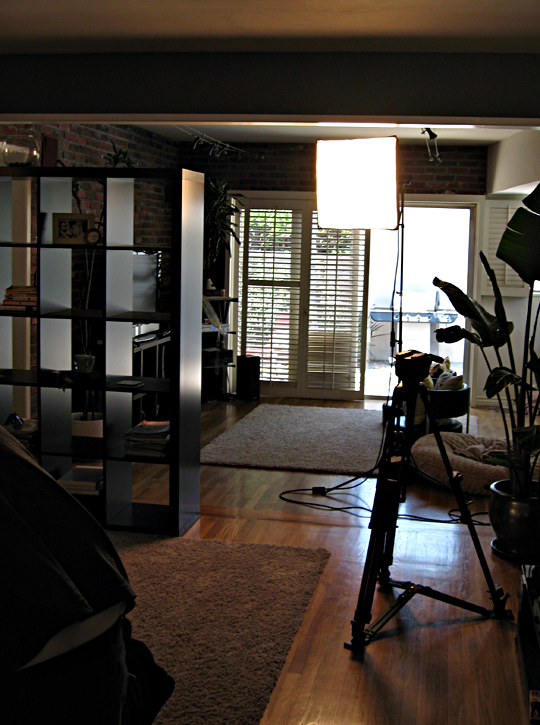 The husband and I filmed a little comedic montage in our home yesterday for the FoxSports.com show Fair Game which will go live next Wednesday and I’m already nervous about it because I hate watching myself on film. Even editing my hair videos makes me cringe. But saying that, I can’t wait to see how it all comes together …while cringing. {I tweeted another shot of it here}

While we were in the middle of it, our postal worker, Rick {who is awesome}, directed a guy with an adorably HUGE French Bulldog to our house. And when we went out to talk with him realized that we not only we knew him {from the Mac store} but that his French Bulldog was not his. He was a stray who ended up at this guy’s house and while out and about looking for the dog’s owners, Rick {the mail man} directed him to our house because he knew we had a French Bulldog and thought it may be ours.

Now, let me just share an embarrassing fact with you: our dogs are 100% socially retarded. And for this reason, we mostly keep them away from other dogs. And yes, you may want to tell us that if we socialized them more it may help. But you would be wrong. Our two dogs just happen to be the biggest pervs on the planet and between the humping and sniffing and humping and sniffing and HUMPING and possible jealous-powerplay-snappage from LeRoy, it’s just not worth it.

But after standing in the heat for about 7 minutes at our front door and bringing Stray Frenchie water, I feared he would overheat and just HAD to let him in our air-conditioned house and to see if the dogs could all could get along. And they did! Meaning …Stray Frenchie was cool enough to allow our Pug {Bebop} and Frenchie {LeRoy} to sniff the shit out of him while freakishly humping him and each other whilst staying perfectly calm. 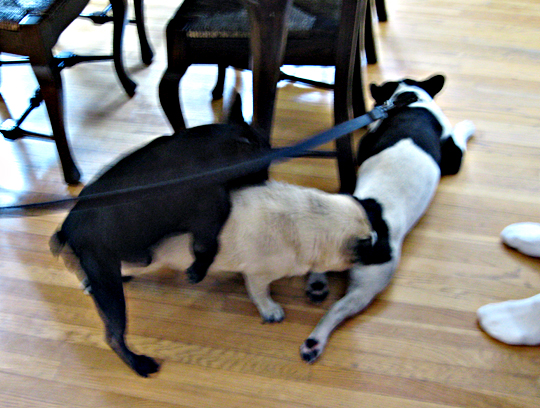 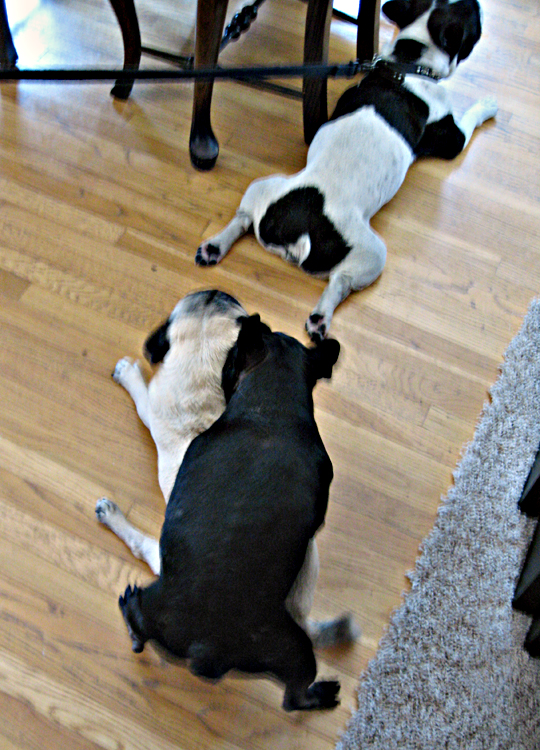 And now I want Stray Frenchie. I want him bad. For the rest of the day finishing our shoot, Stray Frenchie was really all I could think about. I was secretly going through names for him in my head and wondering what his name was. I had dreams about him even. I love him already and he’s not even ours.

And while I hope that if he has nice owners, that they come and find their precious pet, we exchanged numbers with the guy in case they don’t. And even though my husband has a rule against adopting dogs that aren’t puppies as well as strays, pound or rescue dogs {which is all I’ve ever owned until I met him actually} – and has already told me that we cannot keep the dog if his owners don’t come for him, I will offer every sexual favor I can think of to get my way. Because I’m a whore and there’s no way my husband can turn down sexual favor offers. It’s just not in his make up. 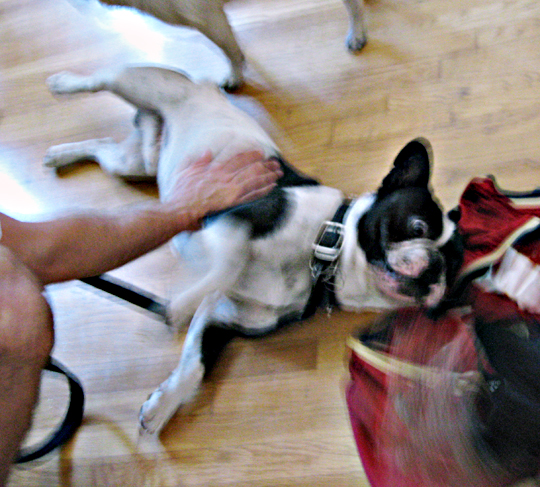 NOTE: They found the owners.

If You Struggle w/ Panic & Anxiety, This Will Change Your Life

ANXIETY AND PANIC ATTACKS can also feel like : total & random FEAR at any time of the day or night, a feeling like…