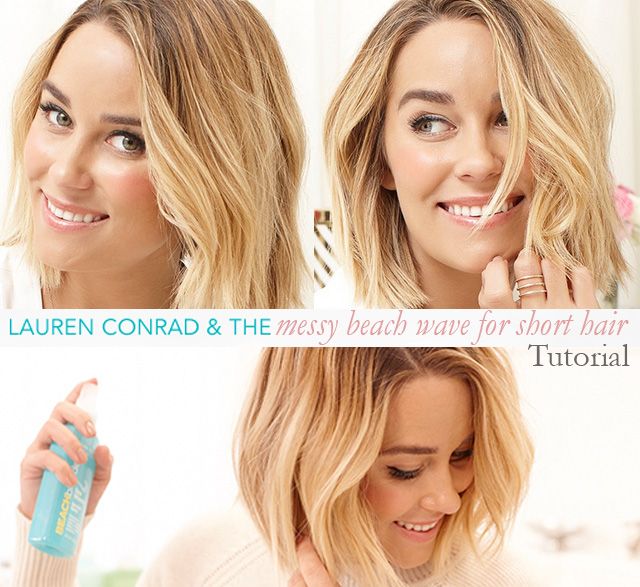 Known for her effortless yet glamorous beachy waves, California Girl Lauren Conrad shows us how to get her signature look with John Frieda®’s Beach Blonde Collection Shampoo & Conditioner and the Sea Waves™ Sea Salt Spray, all available for under $10 each at food, drug, and retailers nationwide — which is great for brunettes, too ~apparently.

If you can’t see the video above, go to: How to Get Lauren Conrad’s Beachy Waves for short hair

It looks like Lauren is using a 1-1/4″ curling iron by Hot Tools, my favorite brand of curling irons, to create her waves… though a 1″ iron would work as well, especially on shorter hair like this.

Note Lauren’s technique, {it’s what I use as well, even for my longer hair}; She grabs a section of hair and on the upper center of it, begins curling, leaving the rest hanging, then slowly twists the rest down creating a soft wave rather than a bouncy curl. Also, always, always curl your hair BACK, away from your face, on both sides, and whatever you can reach in the back, since it doesn’t matter as much which direction the curl is going back there.

I generally don’t use products other than a finishing hair spray, simply because they generally don’t add to my hair styles, but getting that great messy, textured look to stay is sometimes a task in and of itself. I like a powder dry shampoo for root volume and to add that texture, myself, but if you don’t get the curls or effect you like the first time around, layer in more waves and build volume slowly. 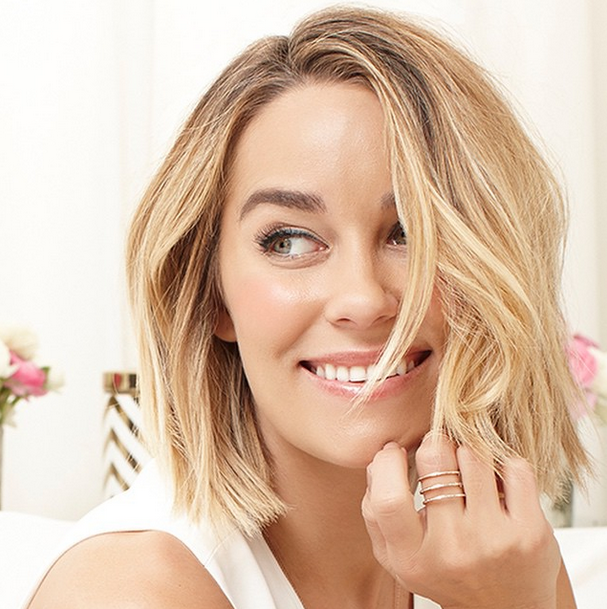 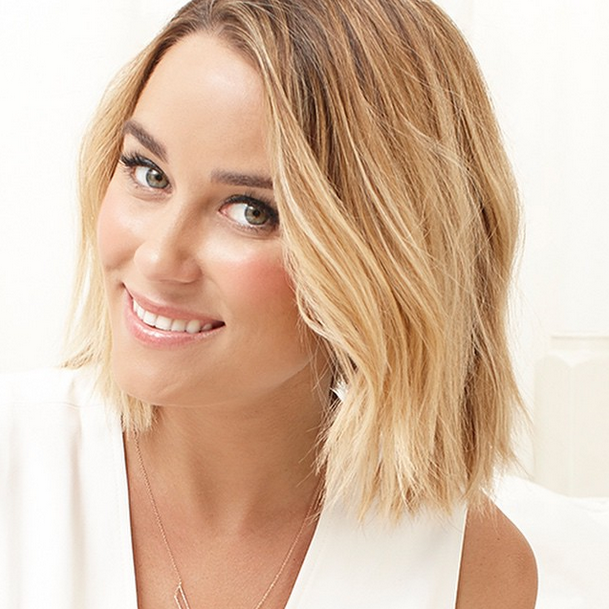 On Wednesdays we wear 🎀👛🌸 And currently

It’s a constant battle of words in my head. The “I Want a House” side is constantly battling the “I Want New Clothes” side…