Sometimes… everything I am and everything I do is just a distraction to keep my mind from the darkness. It’s not that it doesn’t work, because it does. I stay busy. I focus on how to grow my business, how to create art, how to feed my passionate soul, how to be happy, and in the mean time, I share myself and my knowledge, albeit on a relatively small scale, but one that keeps me busy enough to stay fulfilled, happy, and distracted most of the time.My brain wants to be occupied and I’d prefer it be obsessing on how to create something positive rather than how I can’t seem to create the one thing I want so badly.And then I trick myself into thinking that it’s not actually what I want because of “this reason” and “that”… which also works some of the time.

But without fail, the thoughts creep back in as if to say remember us? We didn’t go away, we were just sitting in the back of the stadium for a while, waiting for it to go quiet in here for just a moment… waiting for vulnerability… ready to charge… and hoping you’re ready to make nothing into something again because that’s where we feel our strongest. Waiting for you to bring us to the surface to focus on sadness and all the things you’re not instead of all that you are.

Because this one thing is what I am “supposed” to be able to do. Because I was born with the mechanisms to do so… Because I am a woman. But I can’t. We can’t. For nearly 6 years now, we’ve created such a fine life but we just can’t seem to create life.

So I paint my nails and I curl my hair and I make everything around me as pretty as possible so it shines brighter than the darkness inside my heart. The soft edges and the sparkle distract my mind and distort my view, forcing my focus outside rather than in, where the quiet sadness lies.

We are so lucky & so blessed & so happy, but there’s a gaping void we just cannot seem to fill. 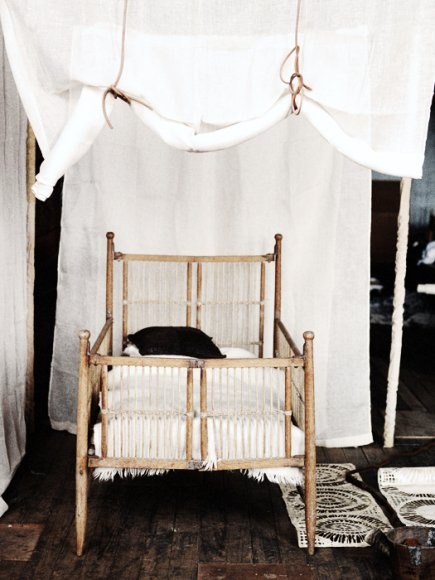 Inevitably, there’s a moment every Sunday afternoon where I have random flashbacks of the weekend past and suddenly remember saying or doing something utterly…