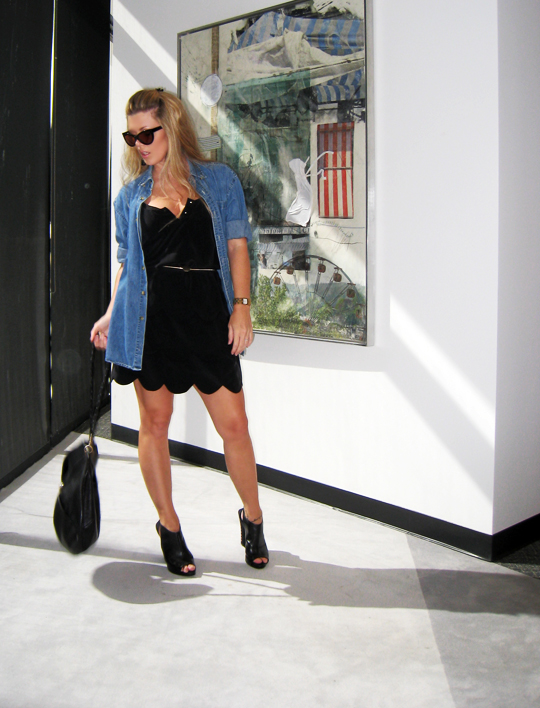 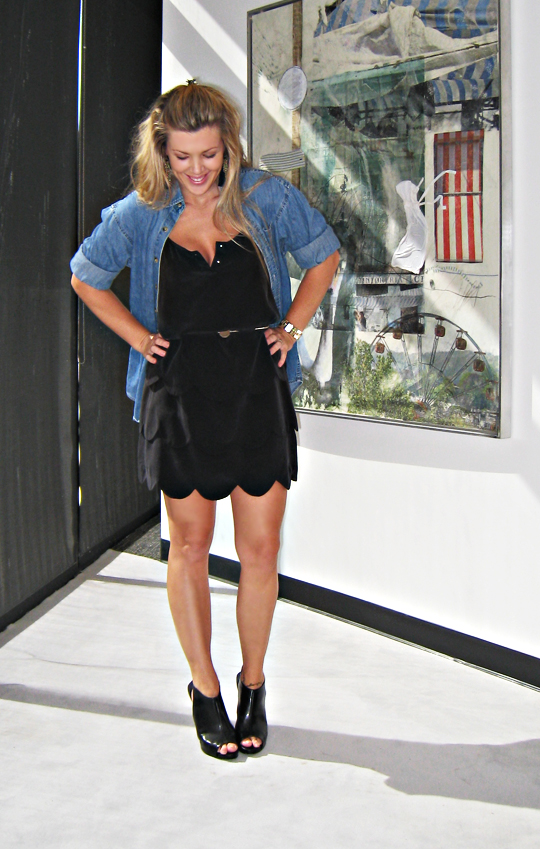 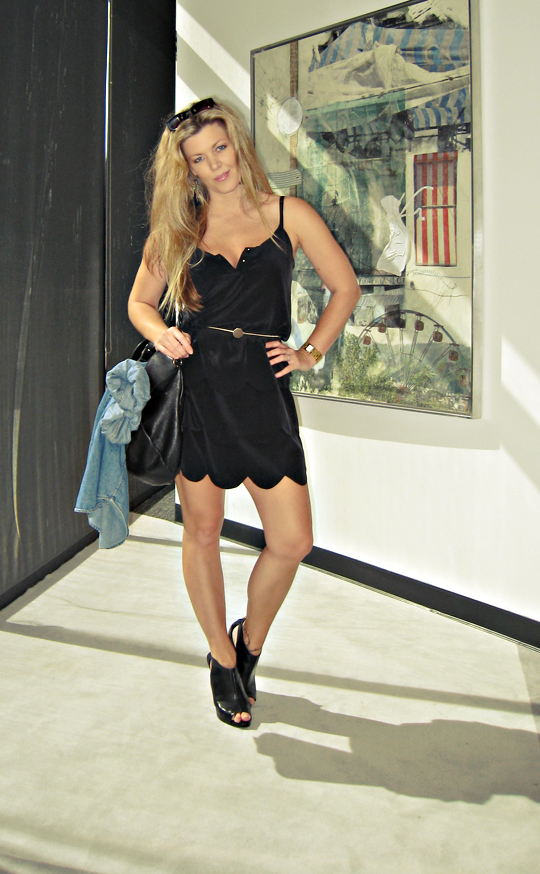 What I’m Wearing
* AKA NY tiered scallop edged dress from GILT …last seen here in berry
* Vintage/thrifted denim shirt …I actually wore this same outfit for Eat, Sleep, Denim though changed the shoes and am much tanner now {yay for summer}
* Vintage gold stretch/snake belt …this belt comes in so handy so often because it’s so simple. I’m pretty sure I picked it up for about $3 at a thrift shop. I like the idea of picking up a few new ones though as well and while I adore the animal buckle versions, in this case I think simple/nondescript is better …like this Kenneth Jay Lane one as well as this one at Chico’s …I really kind of want them both actually
* Chain tassel earrings, my own …DIY HERE
* Pour la Victoire tarissa studded wedges

I love these wedges but crimony they give my ring finger toe the BIGGEST blisters!
* Salvatore Ferragamo hobo bag
* hair: left wet again to air dry
* Title: yet ANOTHER Katy Perry

song {Peacock} off her new album

For the last two weeks we’ve been moving into a new and much larger gallery space on a temporary basis while construction has begun on our old space. And up until now, it’s been a complete and total nightmare. But as we settle in and the art is going up on the walls one by one, we are so in love with the new space, we don’t want to move back in a few months when our old place is done. Also, that would mean we would have to MOVE again and back into a smaller space and we just won’t have that. The boss just so happens to be on his annual fishing vacay and hasn’t seen the space yet so we’ve been scheming and plotting ways to convince him that hands down this place is 100x’s better. But we’re pretty sure once he sees it he’s going to feel the same way. Still, it doesn’t hurt to plant the seeds …and watch them grow 😉

I kind of love our tiny fern-wallpapered 1/2 bathroom off the Laundry Room. It’s kind of creepy in a silly way and it makes…