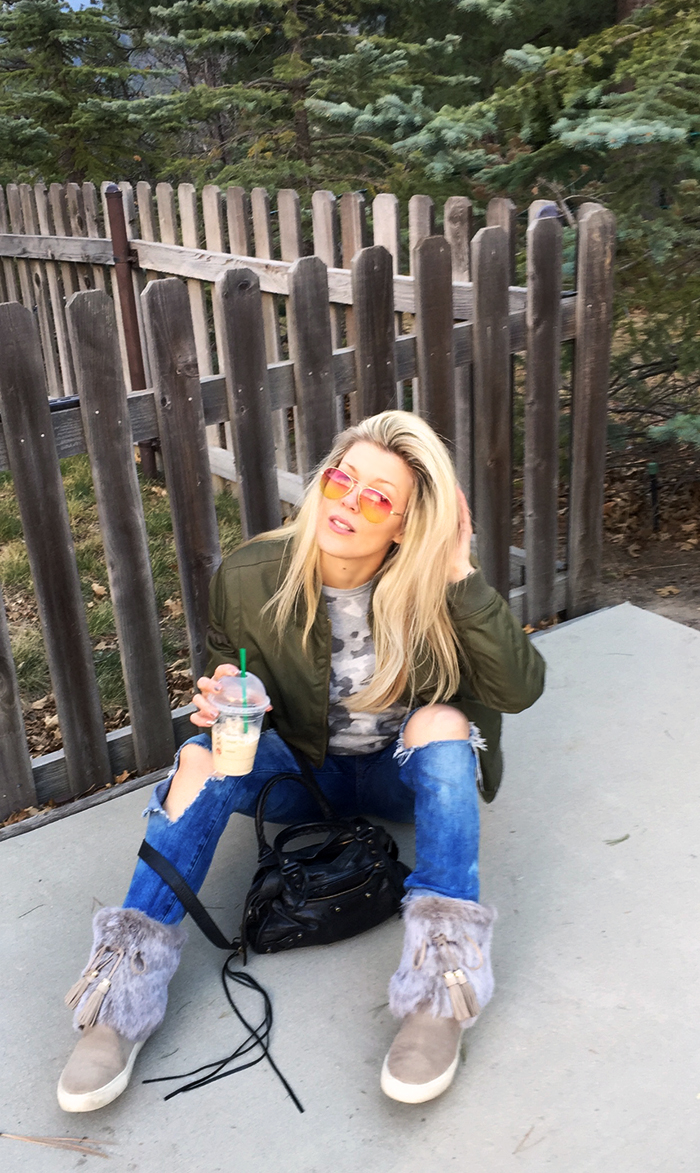 This is a version of my go-to outfit as of late. Usually it’s me running out the door to pick up something, stop at Dogwood for business, or run errands. It’s cold right now but not ridiculous like most winters up here, so lately I’m able to get away with ripped jeans and sweaters without layering on twenty tops. By evening though, it’s not enough, but day to day, it works well. And it works even better when I’m too lazy to think of an actual outfit, I can just throw it on without thinking about it, be super comfortable (because sometimes it’s just so nice NOT TO WEAR ONE ITEM THAT IS TIGHT-FITTING -current mood lately), and go.

Generally I’d wear it with my adidas or vans, but the boots warmed it up a bit, though most probably made the jeans even less flattering. But oh well.

I honestly don’t even know why I shot it the other day (though at least one time per season I post my easy go-to look of the moment for a dose of my sometimes daily mundane-ism), I think it was just like HEY, I’M WEARING THIS AND IT’S A NORMAL DAY SO LET’S SHOOT IT… even though it’s absolutely nothing special. Sometimes “nothing special” outfits are actually kind of inspiring, like “how do I look cute when I’m trying not to?” but I don’t think this falls into that category, though it does have a Gwen Stefani vibe I can’t deny… but I do think the sunglasses save the look and add a tiny bit of interest. 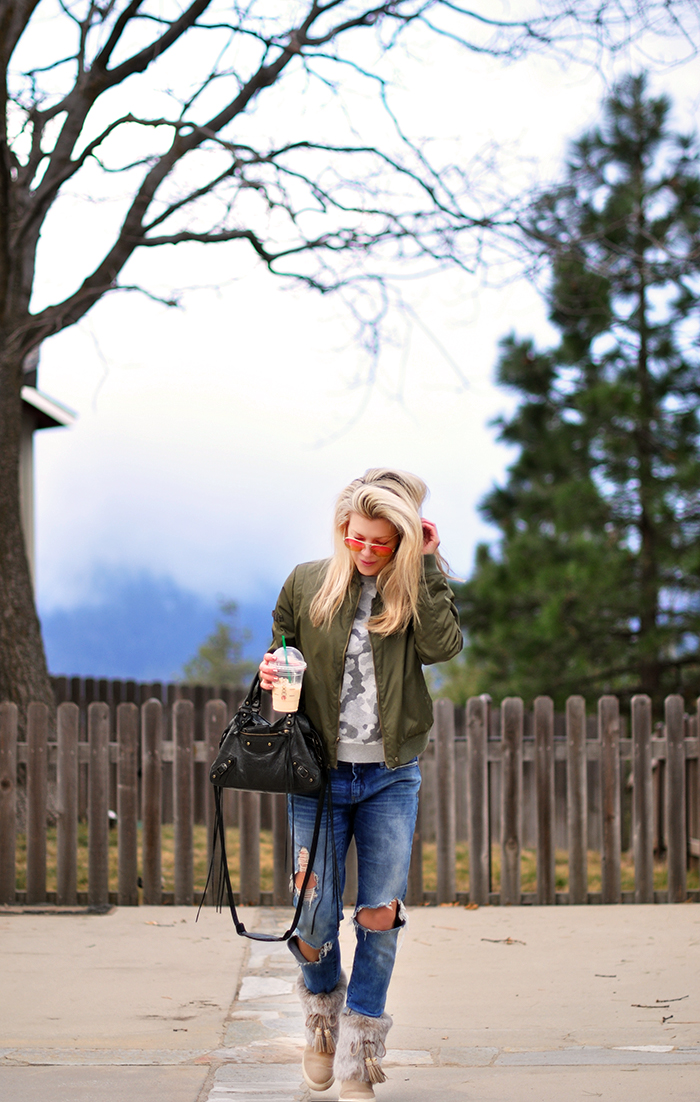 I’m not gonna lie, I was pretty excited about finding my old colored lenses and tinted shades from the ’90s and upon finding one pair… went on a hunt for them all.

I have quite a few pairs actually (mostly inexpensive), lavender lenses set in large black frames, red lenses surrounded by skinny, pointed frames, and I know for SURE I have a pair of rad Gucci aviators that are HUGE and yellow, that I cannot find ANYWHERE and it’s driving me crazy because usually I’m not one to lose things! They were the ones JLo wore in her 2002 video – ‘I’m Gonna Be Alright’ and I was OBSESSED with them! But WHERE ARE THEY!??!?!

I’ll find them. I must. I will search this house until I do… and maybe in the meantime I will find my sapphire and diamond band I had made from an old ring belonging to my grandma that I had made for my mom and I a few Mother’s Days ago. It’s funny because she was afraid to wear hers because she didn’t want to lose it.. and who ended up losing it? ME! I know it’s here somewhere. Though I do recall maybe wearing it to the Ace Hardware Video shoot and maybe leaving it on set!? That can’t be right, it’s so not like me, but I filmed that exactly two weeks after the separation from my husband, so my head was definitely not on straight at the time.

I wonder if it’s on straight now even? 🙂 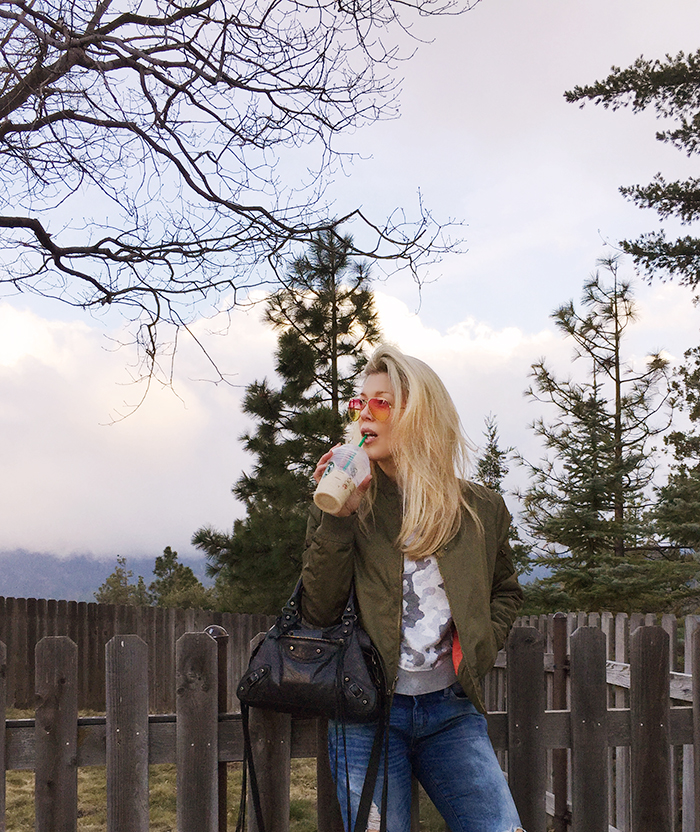 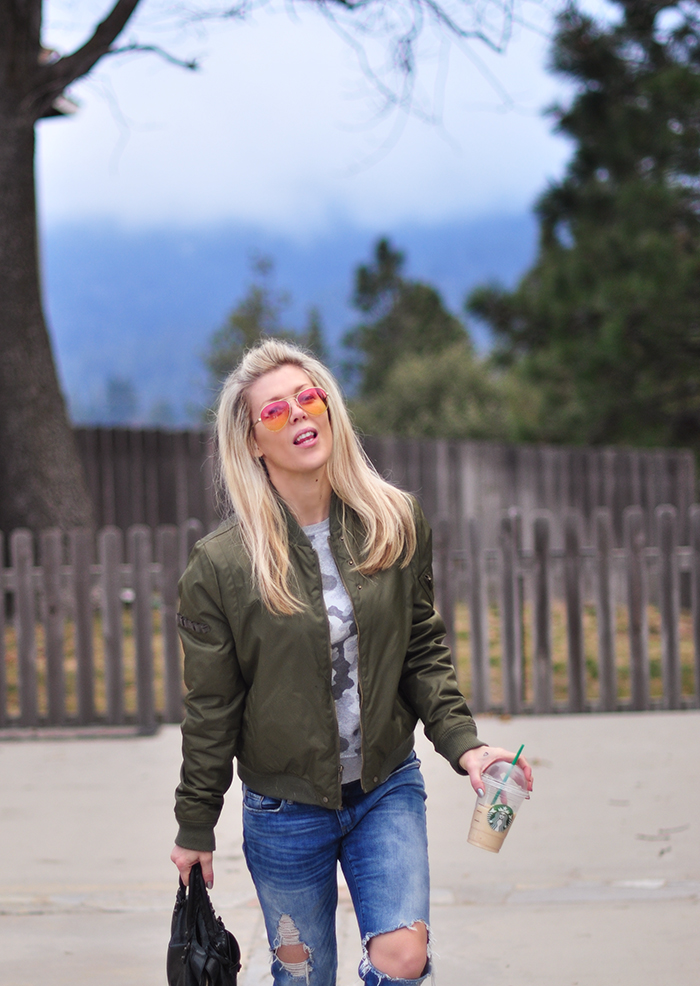 * Note that I had to include the photo above, EVEN THOUGH I’m making a lame face because it showed off the shades so well 😉

* Also… note… I just realized all the photos in this series are kind of crazy, lol. I’m liking that it’s a bit different than usual though… it’s almost like I’m happy or something 😉 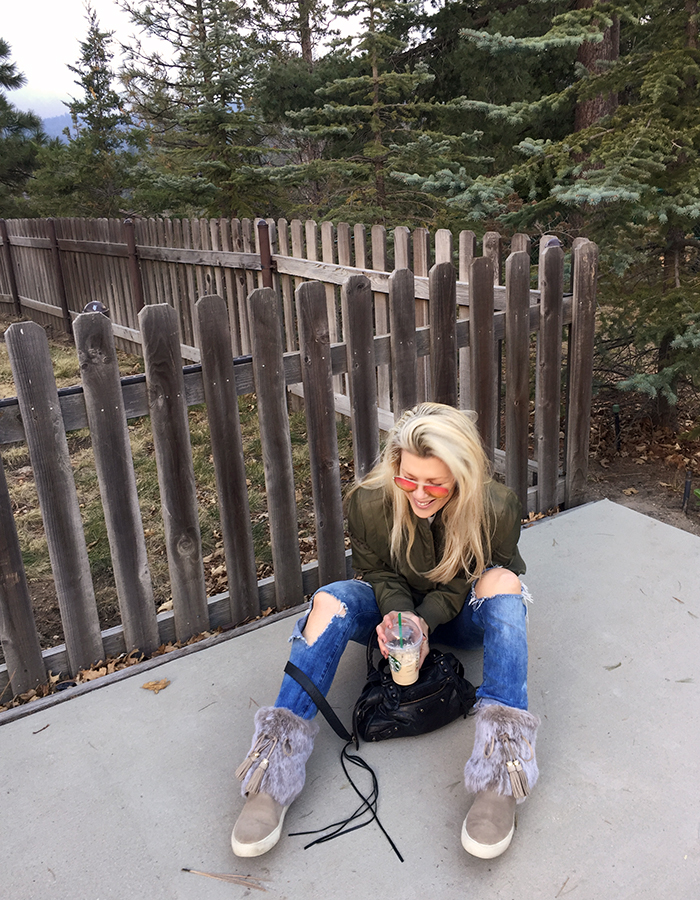