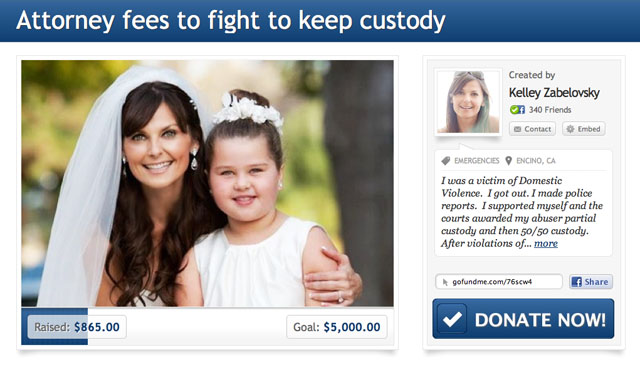 Lovecats, I don’t usually share these kind of posts here, but my cousin Kelley really needs your help!

She’s been in a custody war with her ex husband, an abuser, who will not stop taking her to court in order to {ruin her life, in my opinion}, but also to gain back custody of their 8 year old daughter Avery, of whom Kelley won full custody of nearly two years ago. Her ex is not a good father, to say the least, and was not a good husband, to say the least, and for the life of me, I cannot understand why the court system continues to allow this abuser any rights at all, let alone listen to him in the court room. After years and years of battering her physically and then with court dates and lawyers since their divorce, Kelley, a now single working mom with two kids, has run out of money to be able to hire a lawyer to fight {for her} to keep Avery in her care and she’s asking for a little help to raise the money to do so.

This is Kelley’s Story…

I was three months pregnant when he kicked the side of my car door in. By the time my daughter was born, he was throwing large baby toys and furniture across the room and terrorizing us both in the car, slamming on brakes, weaving in and out of traffic and speeding up to 100 mph in the car with us to prove how angry he was. Sometimes he would just give the silent treatment for two or three days while slamming doors and throwing objects and sometimes he would just leave me places without a car or means to get home. My daughter was about a year old when he starting physically abusing me because screaming and yelling in my face wasn’t getting his point across anymore. After pushing me into the closet and then throwing me to the ground 6 or 7 times until he threw me over a couch, I left and called the police. I was escorted back inside to get my daughter and I went to stay with my parents.

I went back once after that when he agreed to take medication for his Bipolar Disorder traits. After he stopped taking medicine and the behavior started escalating again, I left. I divorced him and the abuse got worse. He would pick up my daughter and peel out of my driveway and down my street with my 2 ½ yr old terrorized in the car. He would cuss me out in front of my house and begin to drive away while I was buckling her into the car seat and standing on the foot board of his lifted truck, all the while, my 3 yr old screaming “mommy, mommy!” He left me countless voicemails bullying and threatening and sometimes screaming so loud I couldn’t understand him with my baby crying in the back ground.

When I finally got the restraining order, we were already divorced. He came into my home and started yelling in my face about me being 5 minutes late to curl my daughter’s hair for school pictures. I told him to leave. He grabbed me by my neck and shoulder and threw me over a chair while my 4 yr old watched in horror and then ran to hide under her bed. When the police arrived, he was long gone and he didn’t get arrested but I was issued a 5 yr permanent restraining order. I allowed his visits with Avery because he had never hurt her and I was counseled by my attorney that if a father wants custody, he will always be entitled to 50%.

The intimidation and bullying never stopped. It got worse. When I got remarried, he started stalking, threatening and harassing my new husband, on the street in the community, at my daughter’s school and over the phone. He let air out of our tires, relentlessly drove down our street and parked in front of our house and even told other parents at my daughter’s school that he wanted to “bash my fucking face in”. He left anti Semite letters on our front door stating “Jews should burn again”. No one wanted to “get involved”. Everyone stayed silent and wanted to be anonymous. My ex requested a custody evaluation and the evaluator granted him 50/50 custody which made everything 10 times worse. Now he felt he had power.

He would go to the school every morning when I dropped off my daughter and just wait and watch me. He would block my car in when I parked and harass me about why I was there on time to get Avery or question me about my work schedule. He would follow me around the school in his lifted diesel truck. Finally, he was arrested for the stalking and violations of restraining orders. Then he was arrested for violating a criminal restraining order my current husband has on him when he verbally attacked my husband on video at a mutual friend’s residence while picking up some furniture. After my ex was convicted of violations of restraining order, I was finally granted emergency Ex Parte orders for full custody and a move away order. I was finally safe. I was 8 months pregnant [with a new baby by my new husband] and we moved to the Valley to be closer to both of our families.

Meanwhile, my current husband had developed PTSD due to the constant battles, and we were accepted in the California Victim’s of Crime Compensation program to obtain assistance in relocating and gaining access to mental health services (therapy). It’s been a terrible, bumpy road. It was far too much for my new marriage to be successful through… Now my husband and I are separated and trying to put the pieces of our lives back together and my ex is suing me for full custody again on the grounds that I took my daughter from the only school and community she ever knew, too “abruptly” and without any semblance of a smooth transition. My daughter has minor’s counsel and my ex has an attorney but I’m out of money and running low on strength to fight this fight another year. The recommendation on the table for the next hearing is that he have my daughter all summer with alternate weekends for me. At the end of the summer, the possibility of her going back to live with him primarily and return to her old school will be revisited. [more court dates]

When we lived in Redondo Beach, and my ex was relentlessly harassing me, Avery was below grade level for math and was so distracted in class that she had a behavior chart every day in Kindergarten, 1st and 2nd grade with negative reports home daily. She was so incapable of following directions and getting along with others that she was in group counseling for social skills and she was scheduled for an IEP (Independent Education Program). Her therapist recommended she be assessed for ADHD meds and her father refused. Over time spent with him, she became obese and at least 15 lbs overweight at 6 years old and over 100lbs.

Since she has been in the Valley with me, close to my family, she has scored in the Proficient range for verbal and math skills in the STAR testing for spring of 2nd grade. She has lost at least 5 lbs and she is stable on a low dose of Aderall. She has earned Student of the Week twice and she has the best handwriting in her class. She is not on a behavior contract anymore and never gets calls or negative reports home from the teacher, where in Redondo, this was a daily occasion. Avery is participating in Ballet and Chess and doing great in both. Avery performed her own solo dance in the school talent show two years in a row. She has a best friend and at least 4 other girls at school she plays with on a regular basis.

The other day she looked at me and said “mom, I’m really pretty”. 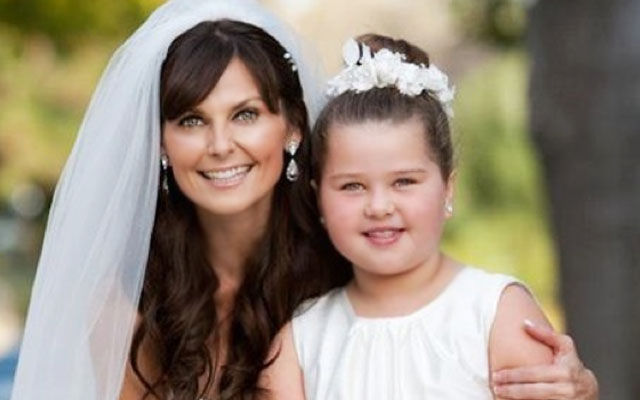 And this is where I need help. I need signatures on my petition to bring awareness to the courts and the media that children are being forced to grow up with abusers. I need donations to help fund attorneys fees to represent me because I have no voice in this game without one.