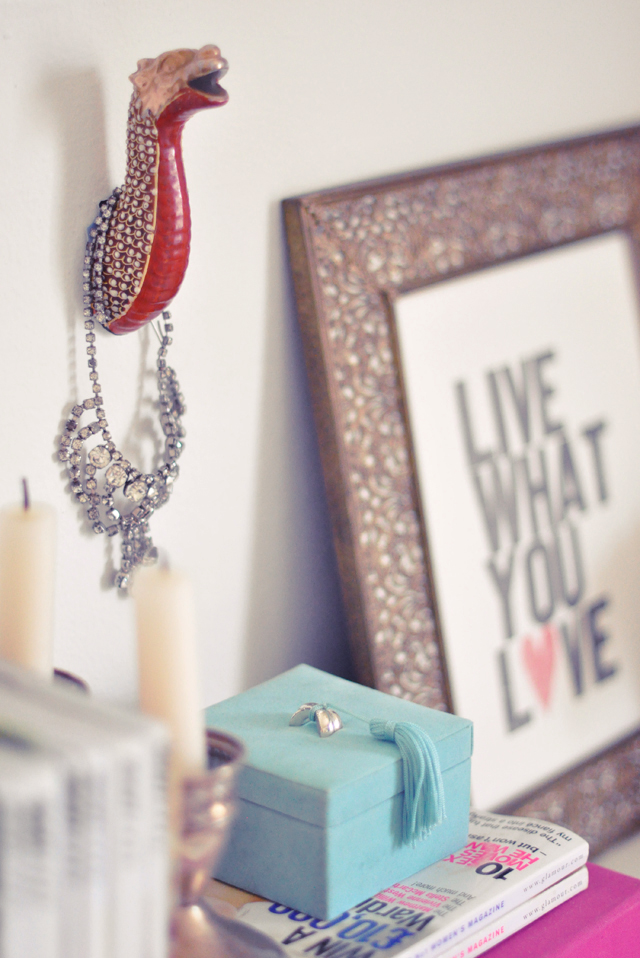 This little dragon hook is actually the spout of an antique Japanese tea pot …a set from the 20’s which was my moms and unfortunately broke in the 1994 earthquake or maybe it was during a move? She keeps everything so when unwrapping it a while ago to reminisce, I grabbed the dragon to be used as such {mostly decorative wall art though I do love the vintage rhinestones dripping from its neck}. I mounted it to the wall with wall mount tape.

* You may have seen it from afar in my office/dressing room post. 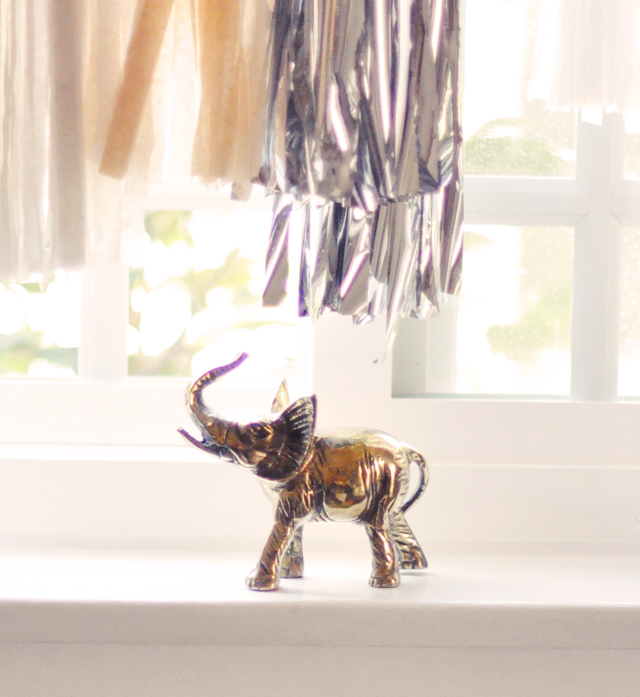 I found this little brass elephant at Atlantis Home Goods last week. It’s actually a bit larger than it looks. 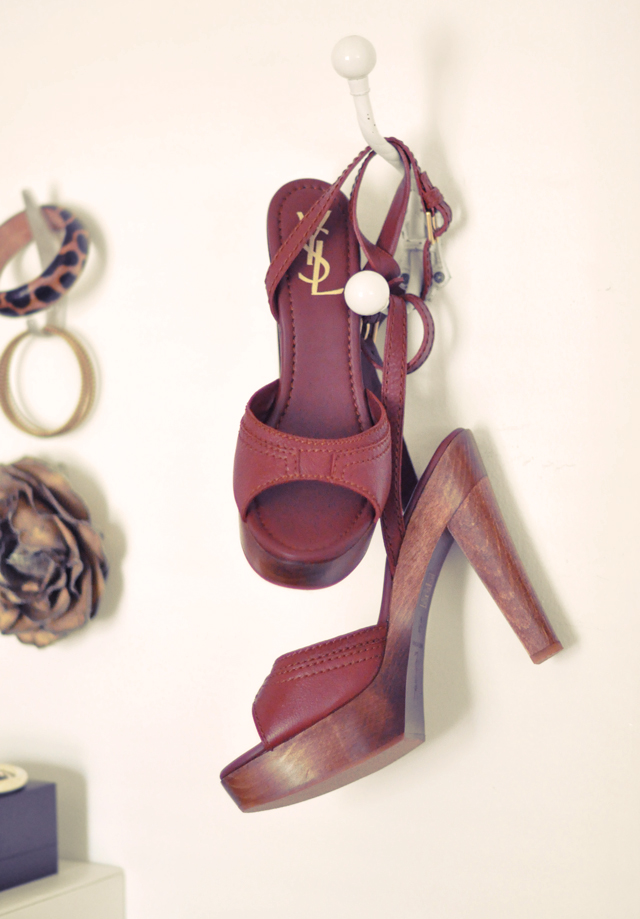 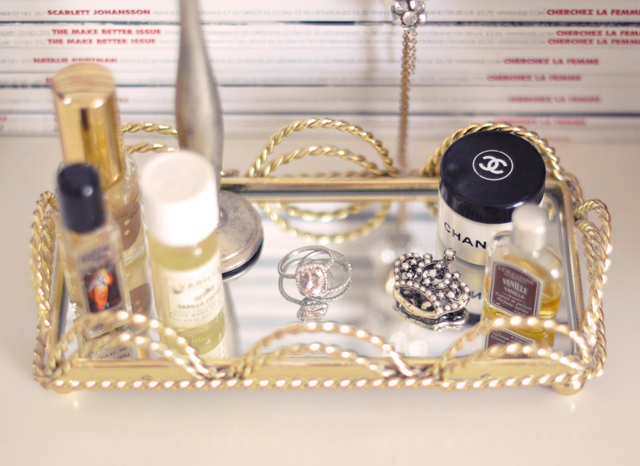 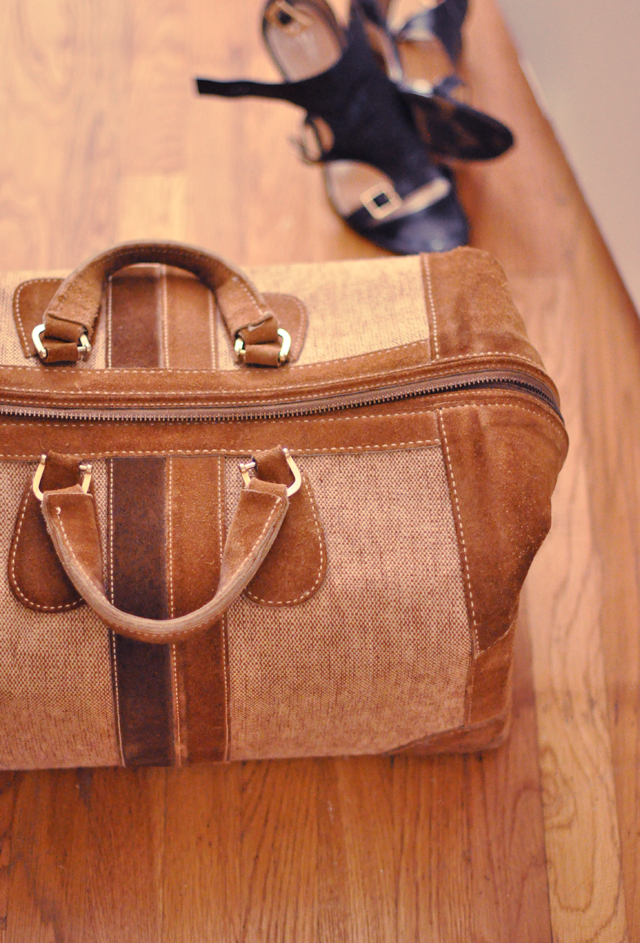 My Father in law’s vintage luggage …I just love this tote, which was sitting in the doorway to the guest room, shoes thrown behind it and I just liked the shot. Also, I hate unpacking. 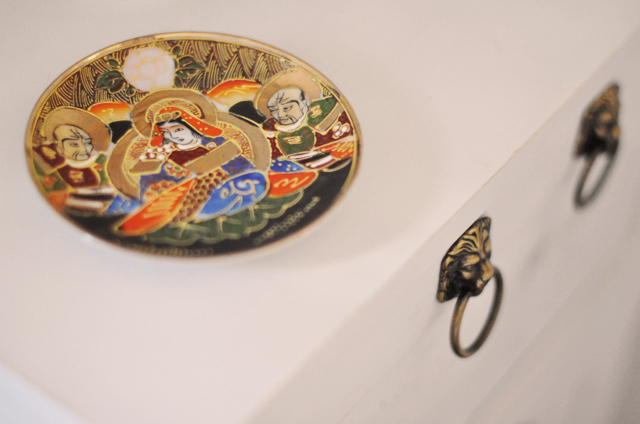 A small plate from the same tea set as the dragon spout. I found an entire set, unbroken, here. 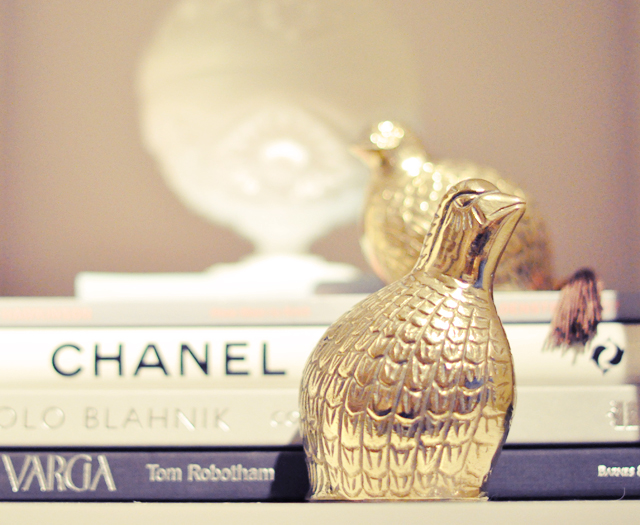 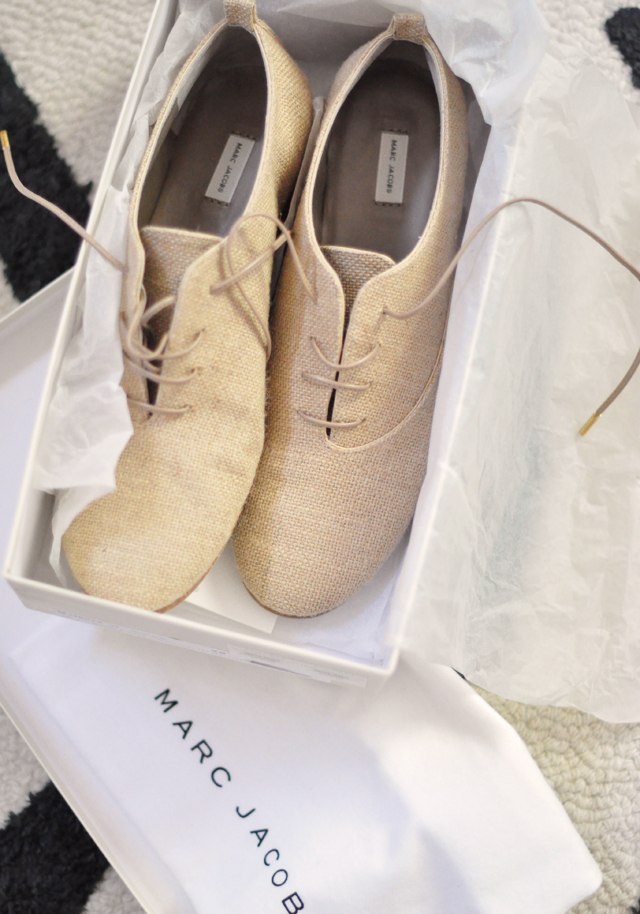 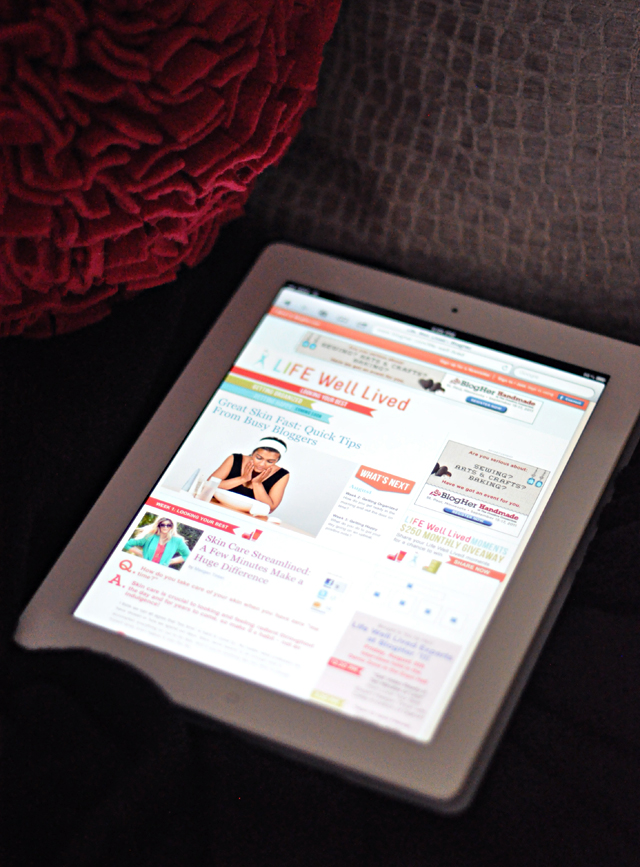 New white iPad 2 …I really had no need, thus no desire for an iPad until now. Well until 4 days before the BlogHer conference. It came in very handy I must say. {* Life Well Lived} 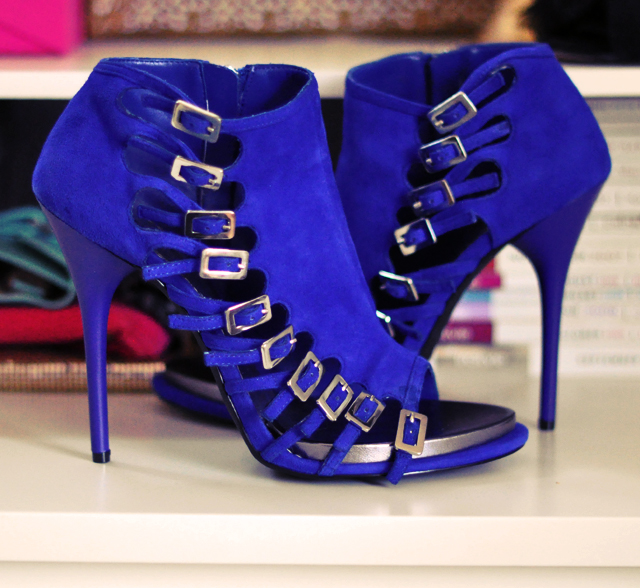 And something VERY blue. I actually found these Bebe “Taffy” buckle heels a few weeks ago while I was feverishly searching for the perfect suede pump to DIY. These weren’t it but I kind of died when I tried them on …and so did all the women around me. I couldn’t resist.
* FACEBOOK * TWITTER * BLOGLOVIN’ *
Tweet This!