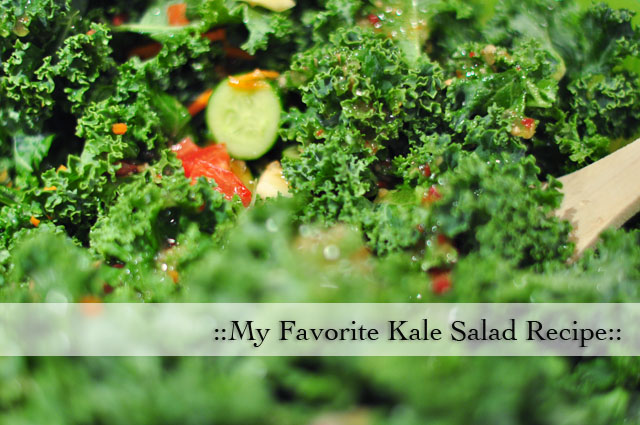 Kale salads have become my favorite light summertime meal to eat. I make one at least once a week for dinner then save the rest in a tupperware and eat it for lunch over the next few days. Every time I post a photo of it on Instagram, I get recipe requests. My favorite way to eat it is so simple I thought it maybe wasn’t worth it, but it has evolved since I first started making it when I just added tomatoes and onions, so a few nights ago when I made it for dinner, I photographed the process. 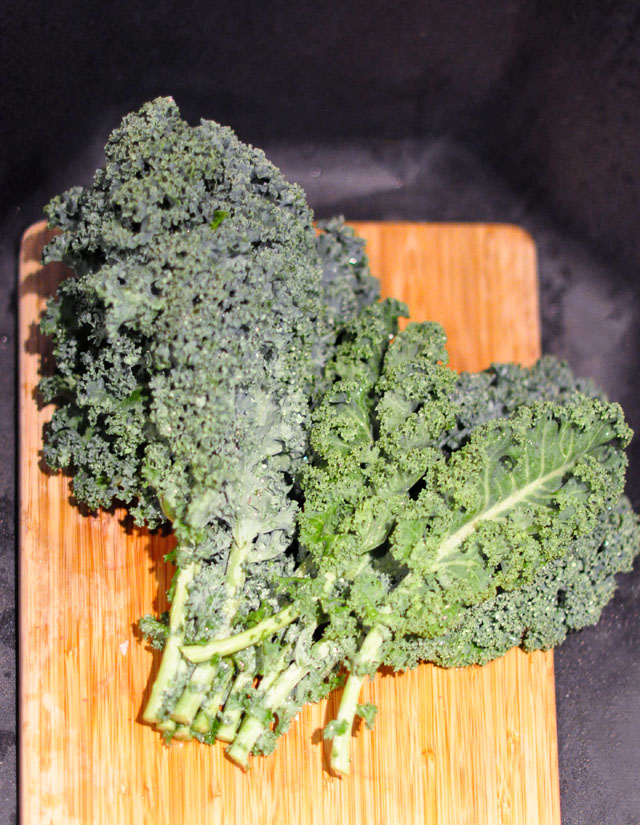 Kale tip: Begin with fresh kale! It’s best when the leaves are hard and crisp and lasts the longest as well. I break up my kale and soak it in a bowl of water rather than washing it intact as shown above. I just think it gets cleaner that way, but it does make it more difficult to dry. When I break it up, I prefer no stems at all, even the skinny stems at the top I toss. But since one bunch of kale produces such a huge salad, I don’t mind wasting the hard parts I don’t like. 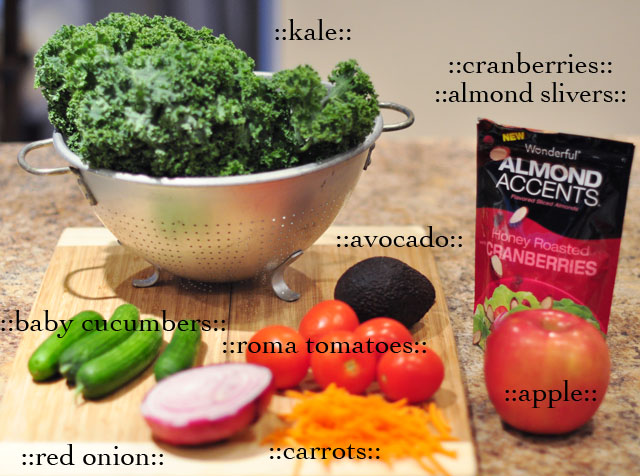 And the biggest bowl you have in your kitchen.

Or you can make your own dressing if you like, which I kind of do by mixing up a few ready-made options, but I’m no gourmet chef, so I just grab what’s good and easy. 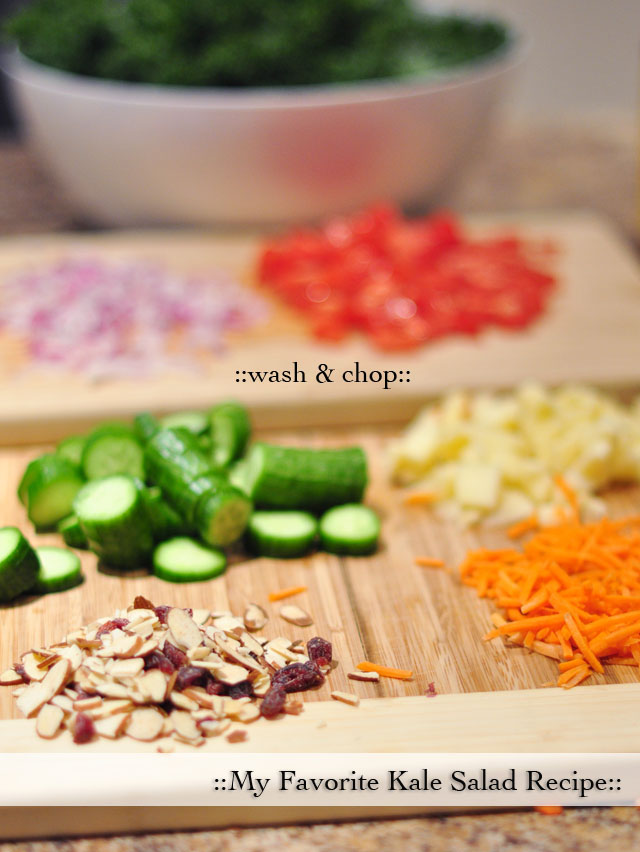 Chop all your veggies. Other than the apple chunks, I prefer to chop my veggies up really really tiny. I even chop the pre-cut string carrots into smaller pieces. I think it just tastes better because you get a little bit of everything in one bite rather than a huge chunk of tomato and nothing else.

Toss all your ingredients in EXCEPT FOR THE ALMOND MIX on top of your kale. If you put them in first, it’s difficult to mix into the kale. 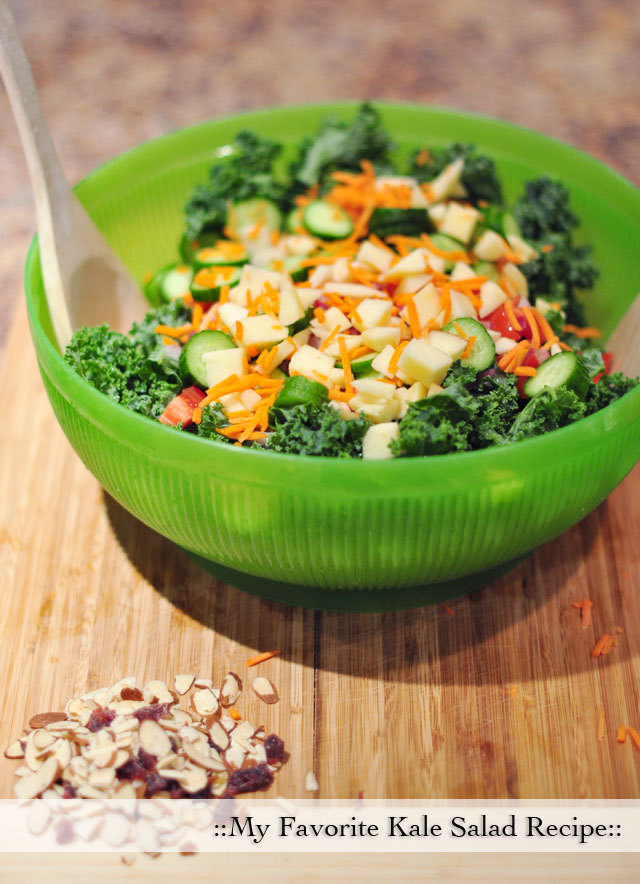 I usually add a few twists of sea salt and a few shakes of rice wine vinegar and then mix more. Sometimes, that’s all I use as a dressing, which works because of all the other flavors. But most often, after mixing, I squeeze in a little Italian dressing, MIX, and then Balsamic and MIX again. 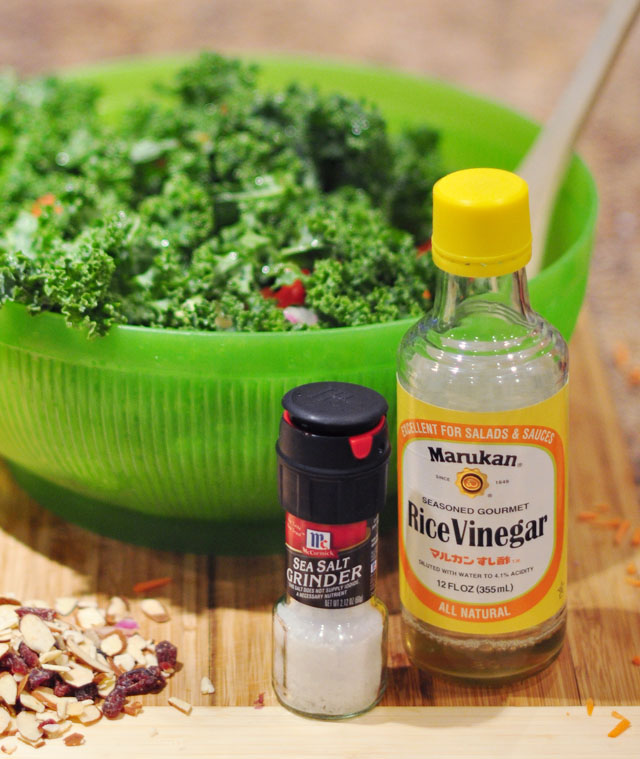 I toss my slivered almonds and cranberries on at the end and mix again so they stay crispy. It’s delish to eat right when you finish but tastes a bit better about ten minutes later after soaking up a bit of the dressing. 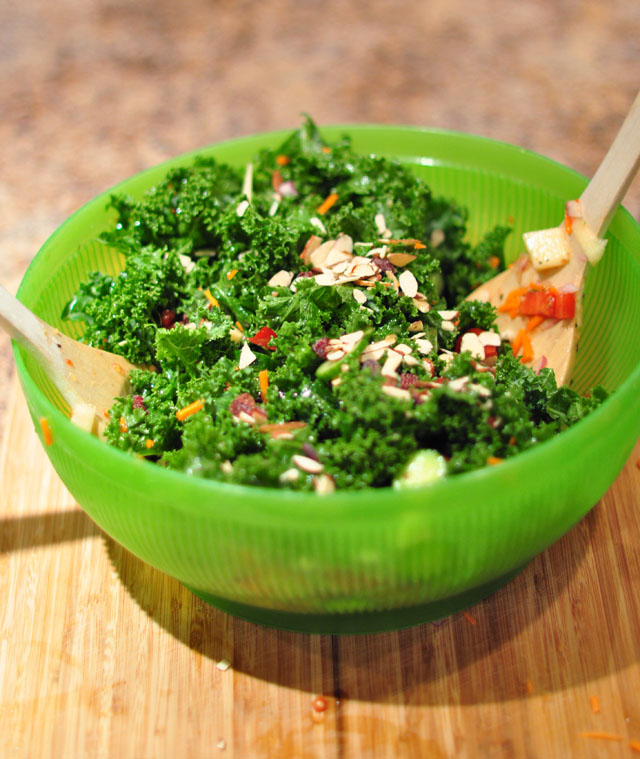 Since it makes such a HUGE amount, I rarely add my avocados to the batch, but instead slice them on top after served. This way, if I have leftovers to save, which I always do, it doesn’t get all mushy from the avocado. But oftentimes I eat it without the avo alltogether.

It’s my favorite as a side with grilled chicken! They just go well together. 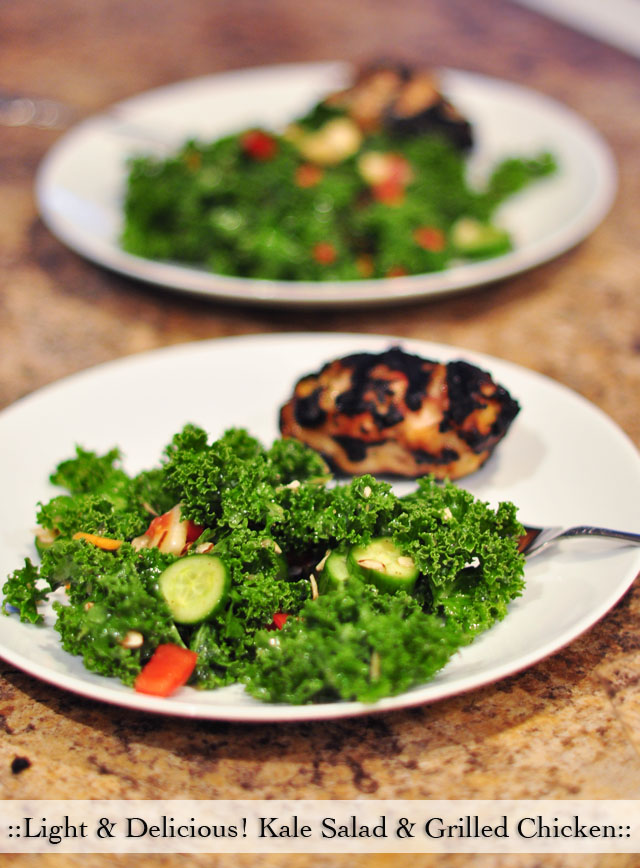 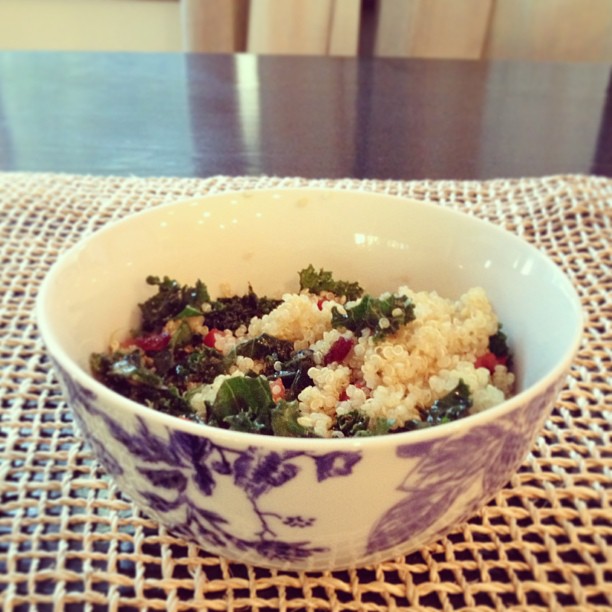 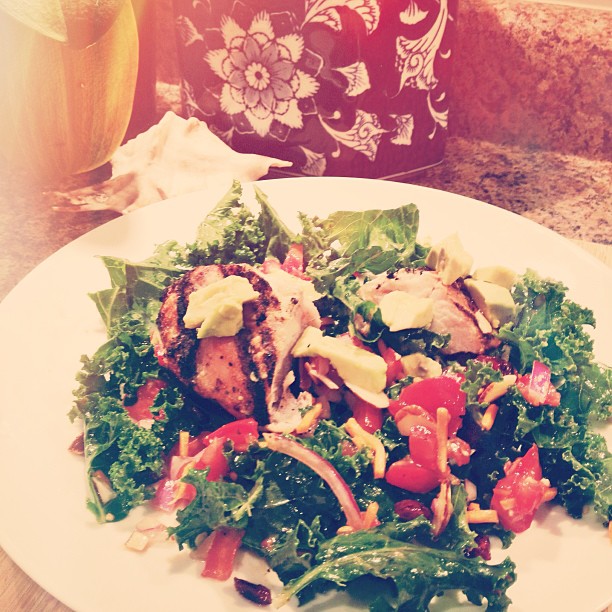 It’s also yummy with Quinoa as seen in the bowl above, and sliced chicken with avocado on top.

This post is brought to you by Personal Creations. A few years ago I was gifted my very first faux Christmas tree to decorate…