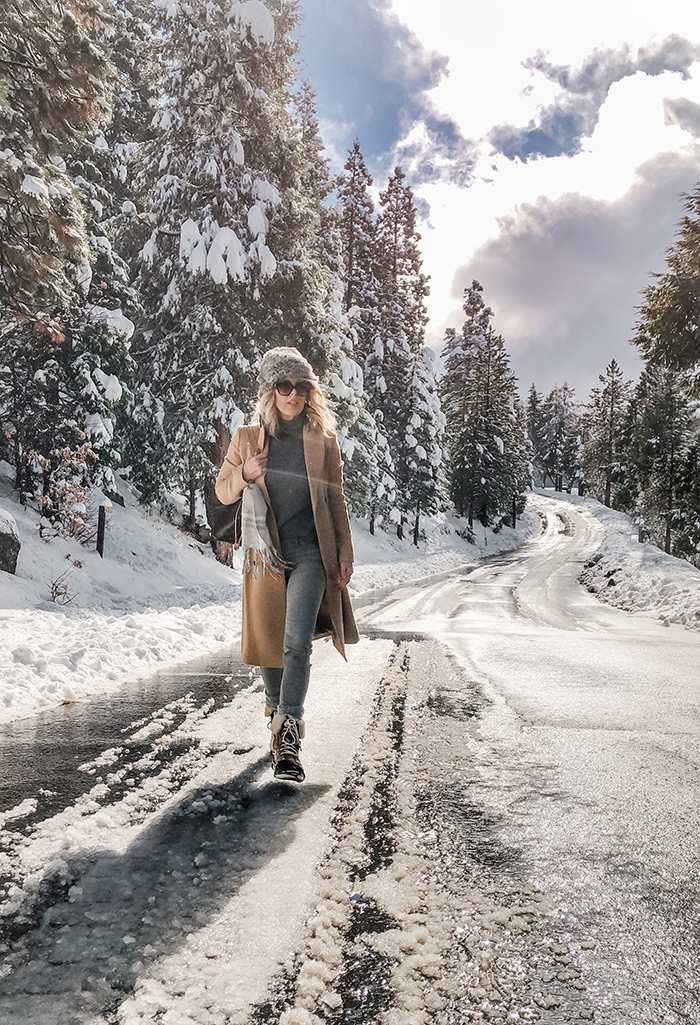 * Grey jeans by FRAME
* Grey cashmere turtleneck (old) last seen here
* Camel coat by SMYTHE from a few years ago, but there are plenty of way more affordable similar options available now
* Furry beanie
* Scarf
* Sunglasses from Le Specs
* Louis Vuitton Neverfull MM
* Crocs snow boots (old but still kickin’) meant to look like the Sorel Caribou – I prefer a short snow boot because they’re so much easier to pull on and off than the tall ones – though, I should probably get a tall pair for the deep snow that we’re seeing right now. These are super cute!
* Boot traction chains – my number one recommendation for walking in a winter wonderland… because they will keep you from slipping on ice 100% I just bought a new pair for both Chad and me… I have this one pair left that has lasted a few years, but they’re starting to break down. You just pull them on and off when you know you’ll be walking in possible icy conditions.

* Title: Nathan Ball – All or Nothing 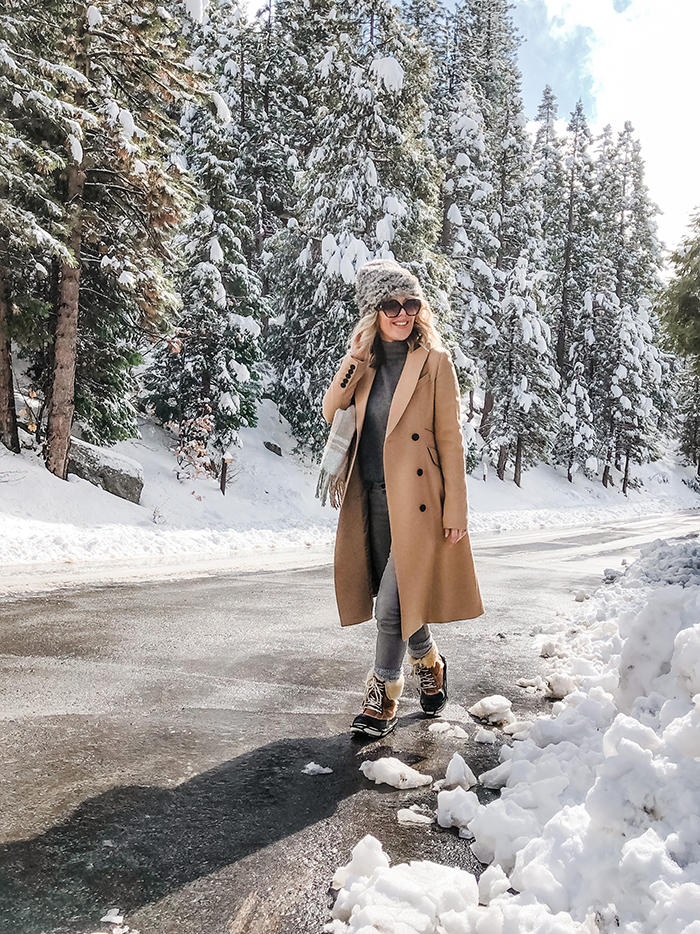 I don’t think I’ve ever seen so much snow in the 8+ years I’ve lived up here in Lake Arrowhead, though it seems the winters have been getting worse and worse each year, and don’t get me wrong, here in California, we need all the waterworks we can get. Not only does it help keep the drought away, making fire season a little less terrifying, it also fills up the lake, which means summer will be ever wetter!

This was the day after when the roads were clear and the sun was shining and the white snow was glistening… my favorite snow days… but just look at the sky. The clouds were looming, incredibly beautiful, yes, but they brought a new storm and as they slowly floated in front of the sun as I shot, I knew more was preparing for a return… and as night fell so too did the fresh snow. By the next morning and well, the entire day, this road was covered in nearly 2ft of new snow, adding to the berms the plow left behind and fresh powder along the edges. But wow, was it beautiful.

For all the days I was stuck at home all snowed in, I kept busy by shooting outfits and running around with my tripod looking for the perfect location. Honestly, I felt very creative and productive and just had loads fun, accepting the fact that there was truly nothing else I could do. And since you never know just when the snow will fall and make everything beautiful again, I figured I may as well get as many outfits shot as I could.

Luckily I’ve been able to get to my office to get some work done the last two days, but I didn’t stay long. I was anxious the entire time about getting back home before the roads froze over again. The snow is beautiful, driving on ice is the opposite of beautiful, even if it’s only 5 minutes away.

The snow is finally starting to fall from the trees, which is odd because it usually falls the day after the snow when the sun heats it up, but it’s been so cold it’s sticking hundreds of feet in the air above us. When the wind blows, it creates quite a BOOM on the roof and is quite shocking when it happens. It’s so loud sometimes I often wonder if it’s not just snow falling but tree branches as well… And then I worry about it coming through the roof right into the house.

The icicles are also massive deadly weapons hanging so high from the roof line we can’t even knock them down. Best we can do is dodge and avoid them and hope they drip off quietly without killing anyone.

As much of a headache living where is snows in the winter sometimes can be, I still find it just incredibly magical. I guess that happens when you grow up in a place where there are no seasons to speak of. 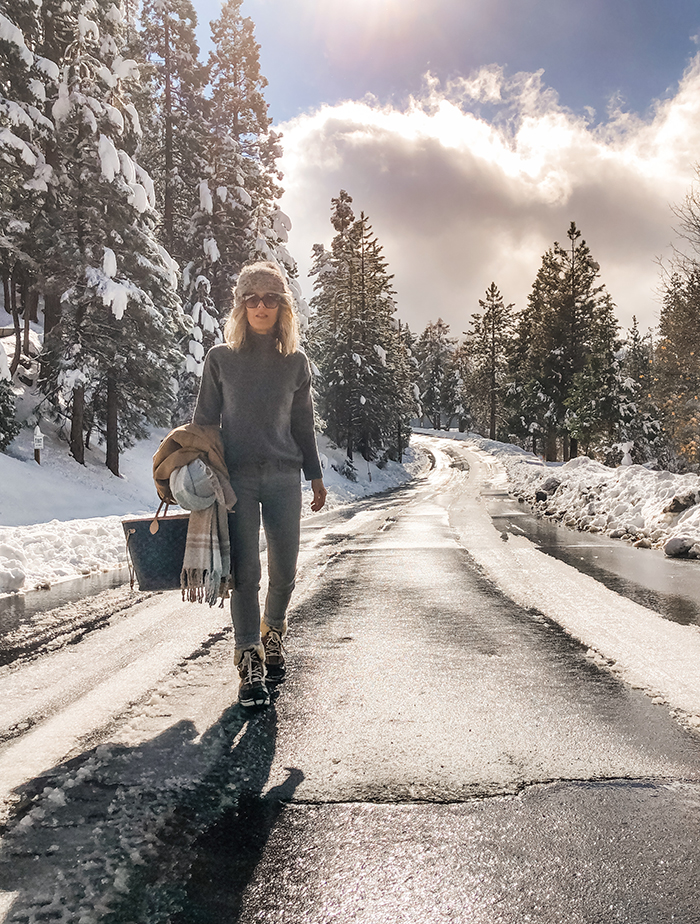 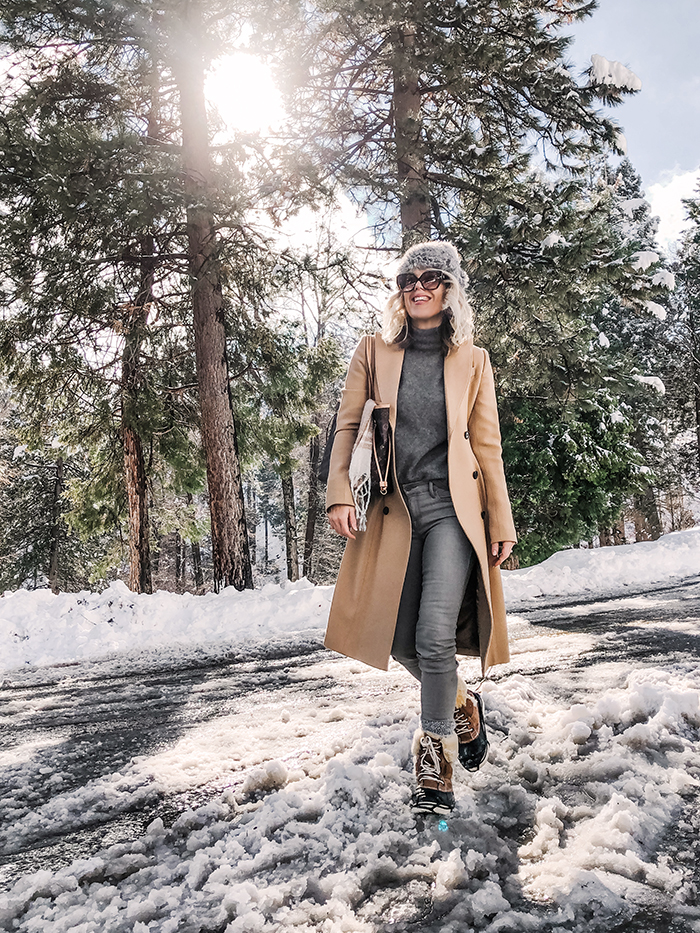 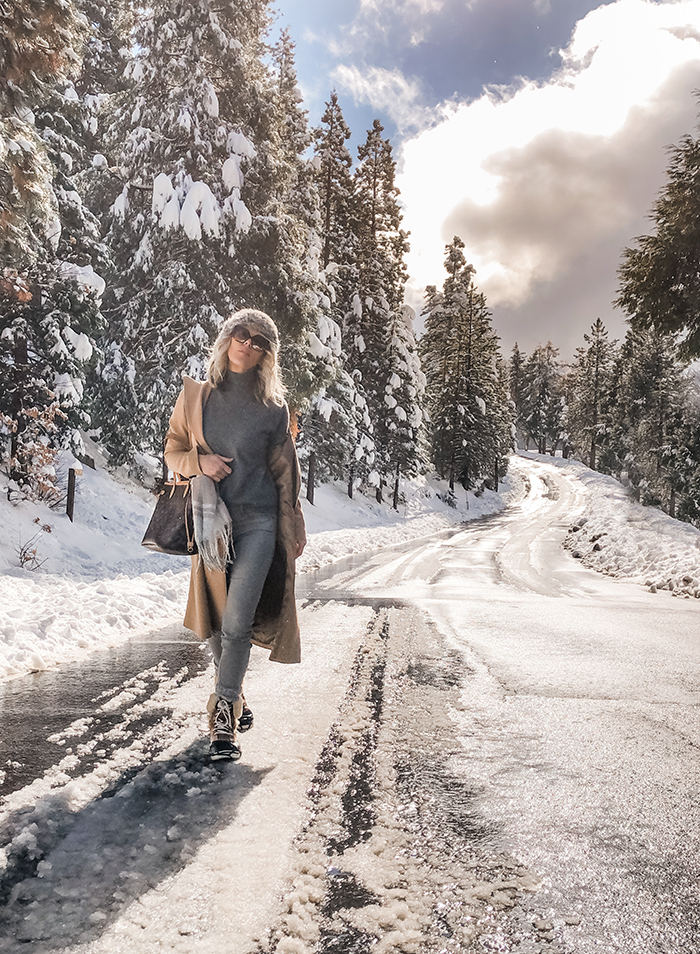 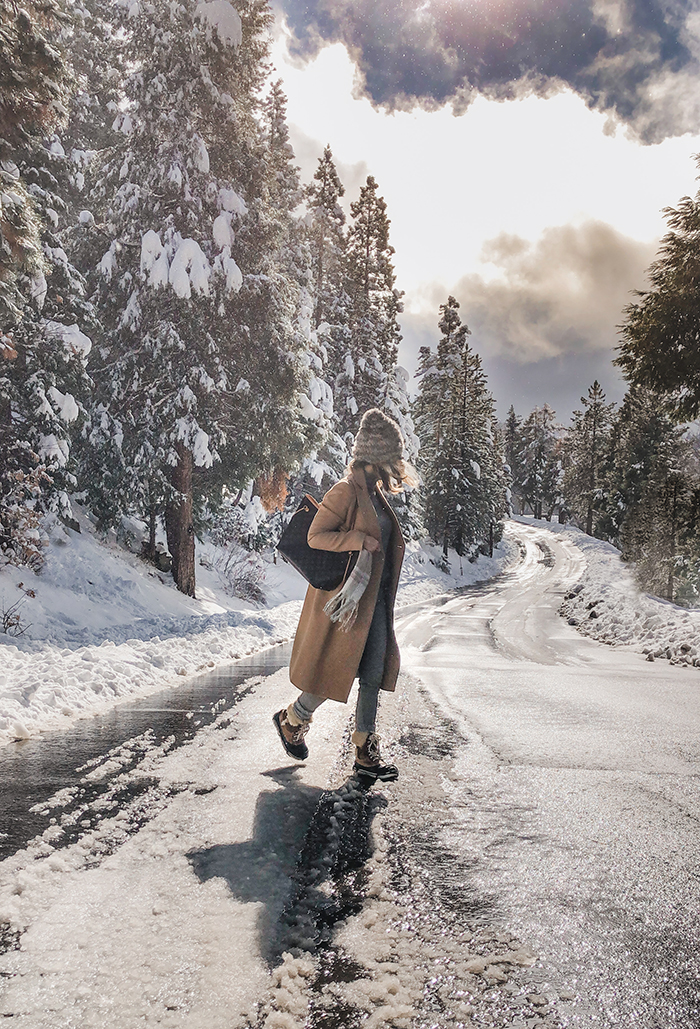 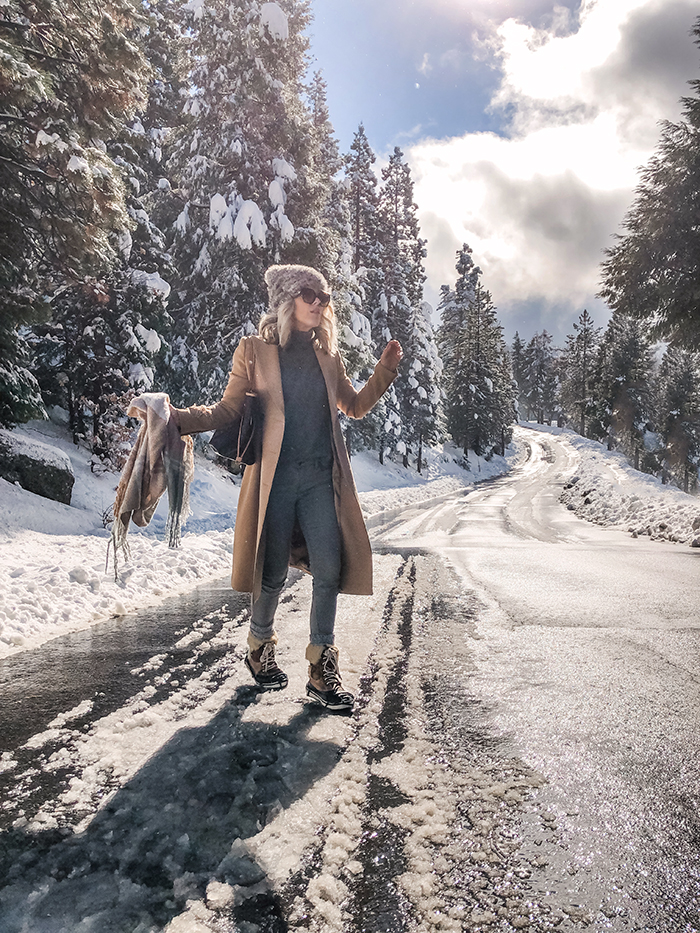 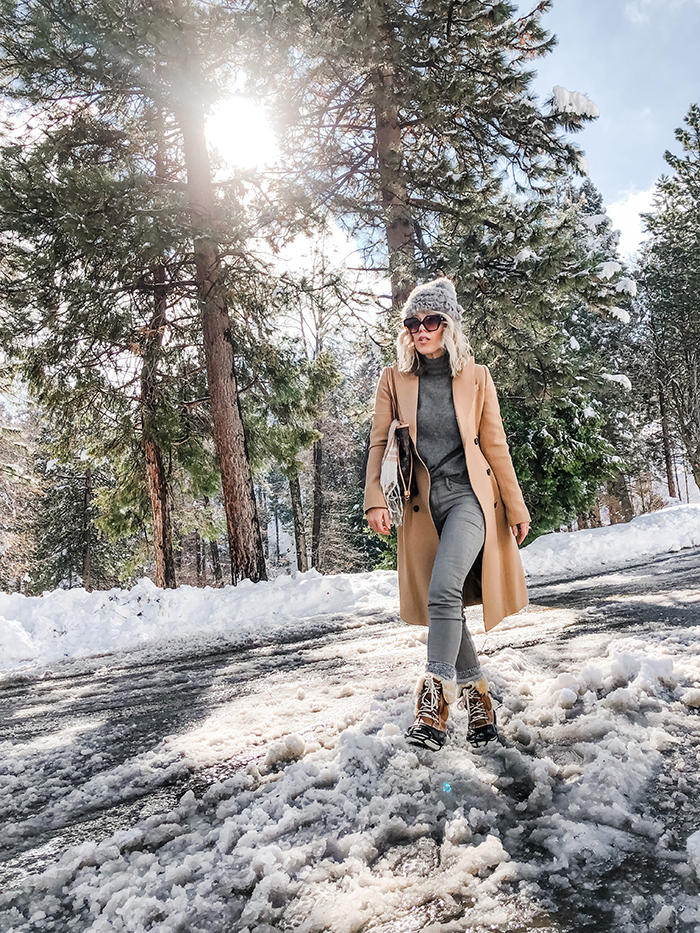 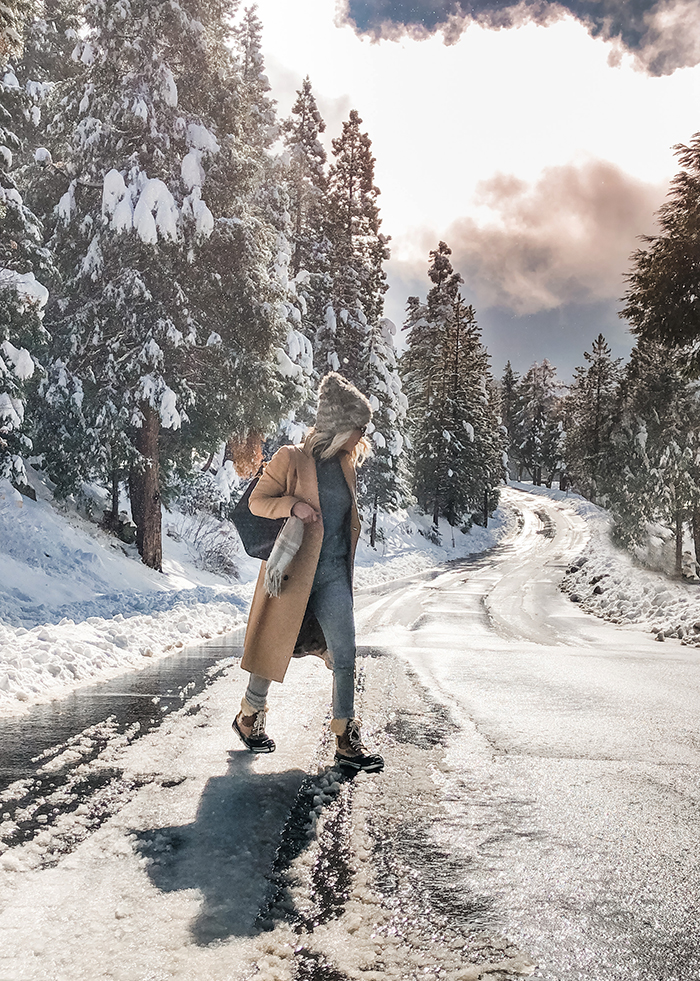 And yes… far too many photos, but it was just so beautiful out… and of course they don’t even do it justice! 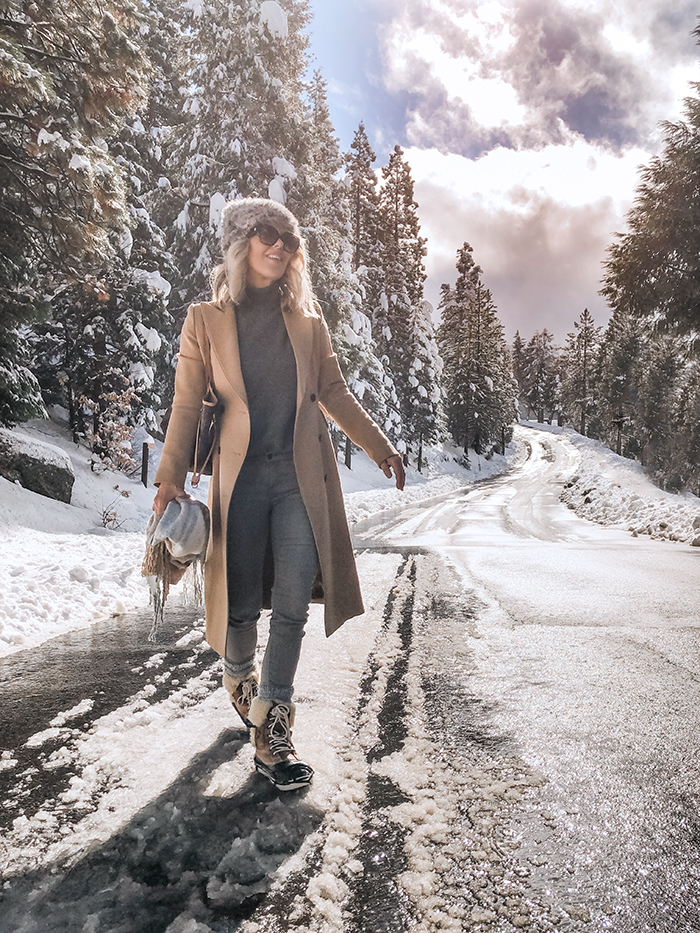 * Recipe by guest contributor Laney Schwartz, creator of Life is But a Dish I feel like we all need a bowl of this…