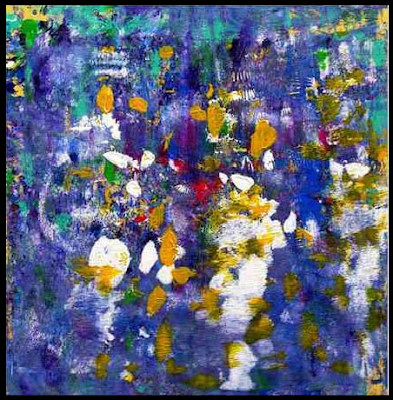 I got four hours of sleep last night. I am not a happy Maegan today. But the main reason was because I ate too much chocolate ice-cream and the sugar kept me up I was watching a documentary about a new artist. A new artist named Marla Olmstead …whose original paintings were selling for 20K …and she was only four years old.

She had collectors buying her works and gallery openings and so much press. Then Charlie Rose did an expose on her and claimed that the father helped her and that he was the artist behind the four year old.

Then the family’s reputation was lost. Collectors were furious. Dealers couldn’t sell her works. 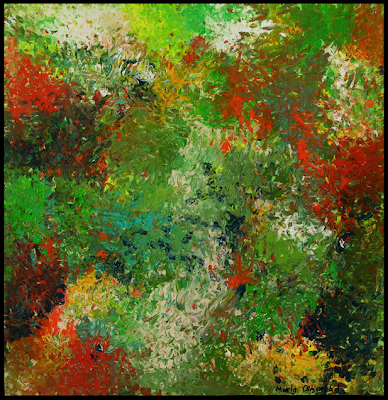 Everyone wanted to see her paint a painting from start to finish but when the cameras were around, somehow she couldn’t paint. But when she did, it looked nothing like the finished works in the gallery. Which was kind of misleading. There could have been something fishy going on. But why would parents do that to their kids? 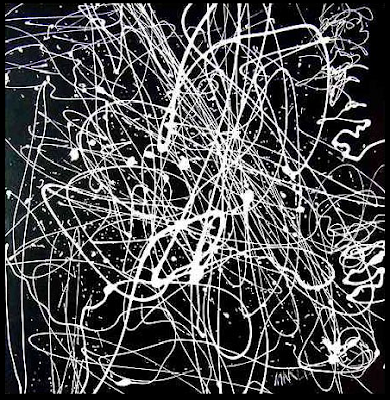 The documentary I watched was from 2007. I think the director was trying to get the real story. He also wanted to see Marla paint a canvas from beginning to end. He didn’t capture it either. He was conflicted. I think the parents thought it would clear their now fraudulent name. I’m not sure if that was the outcome. 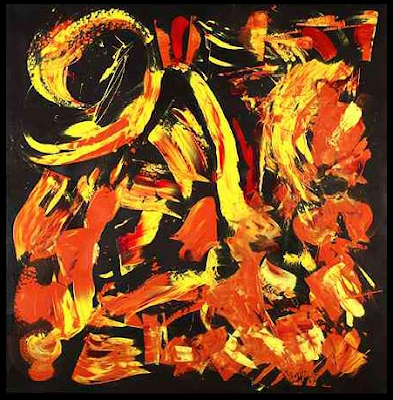 In the midst of it all, Marla’s mom was able to record her painting a piece called “Ocean” from beginning to end and that seemed to have eased the collector’s minds. Dealers started showing her again and collectors started buying again.

Have you ever looked at contemporary art and thought “Why is this so great? A four year old could do that?” Well, now at least the art matches the age. Some of them are really amazing though, considering fully grown men get paid millions of dollars to create the same thing.

Here’s her web site Marla Olmstead.com she’s adorable! It looks like they have captured her painting other works from start to finish as well here

It’s that Little Souvenir of a Terrible Year