Q from Tiffany @ I Am Style-ish

I’m curious about your tattoos. Can you tell us how many you have and any interesting stories that go along with them?

A: I got my first tattoo when I was 17 …it was the last stretch of my senior year in high school {1994} and I remember just wanting one. I had been out with two friends one afternoon and the urge was so strong I just wanted to go get one RIGHT THEN …but they did not.

So later that day I went to Studio City Tattoo {which no longer exists – wait maybe it does?} and walked in and looked through the books and found a line drawing of a bird and I fell in love. I showed it to “Rockwood”, the owner who had just returned from Hawaii and I asked him to modify it a bit. He redrew it a little, placed it on my lower back and started stabbing me. It did not feel good …there was a lot of whining and moaning from me but as soon as he was done I was like “that’s it?” …I wanted more.

I went home and had the biggest shit-eating grin on my face and half giggling, I looked at my mom and said “guess what?” …and when I showed her she said it was scary and looked like a dragon. Which didn’t actually bother me because I was born the year of the Dragon.

It was a bit rebellious and a bit of a quest for freedom and I loved every minute of it.

1994 was a really difficult year for me. While I had booked a commercial and was in a school play {a time that should have been joyous} the earthquake took our home from us and also separated our family. I moved in with my cousin Kelley and her family and my brother moved into a family friend’s house and my mom moved into her boyfriend’s place {his place wasn’t big enough for all of us}. I was working at Val Surf and dating someone 11 years older than I was {who was separated from his wife but not divorced yet and cheating on me with someone else because I refused to sleep with him until he was divorced}. Kelley then thought I was “too cool” for her so our friendship had ended as well as my high school years were about to and I was just trying to keep a float. I ate, I smoked, I drank and partied and I got tattoos.

And although the lower back tattoo is now dubbed the “Tramp Stamp” {even though when I got mine I was a virgin} I still really love it. It’s one of my favorites. 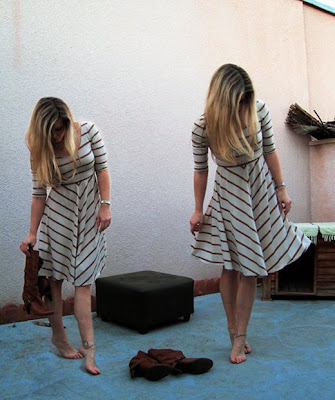 When I was 19 I got my ankle tattoo. This is my favorite …okay, I love them all actually …lol. I went back to the same shop {alone} and asked for Rockwood but he was back in Hawaii so I had a guy named Danny do it. {I think Danny owns a shop on Ventura now called Body and Soul …I could be wrong} I knew what I wanted this time. I wanted an ankle tat that didn’t cut off my leg. Most that I had seen at the time went straight around the upper ankle and I was not into that. I wanted a vine and I wanted it to wrap around my ankle …which is what it does. I told him what I wanted. He drew it and I loved it. When he got to a certain point on my ankle, between the bones, in the fleshy part, I almost passed out. He had to stop and tilt the chair back and gave me some OJ and then I was fine …although I’m quite positive I moaned and whined through this one as well. {I pierced my tongue soon after} 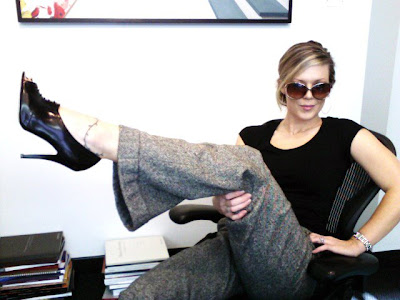 I think a year later I got the one on my toe. I wanted something to even out the ankle vine on the opposite side. I’m really about symmetry. 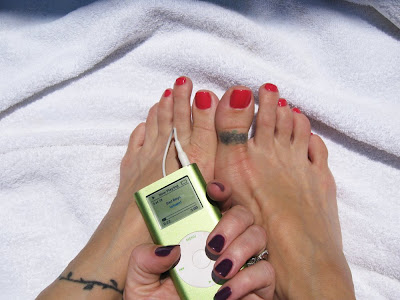 This one is my least favorite. It is also the only one with color and it was a mistake to add color. See, there is less scar tissue in your foot so it doesn’t hold or keep the color …also, it’s on my big toe which has been cut and scraped and blistered by many fabulous pairs of shoes. I had a pedicurist once think it was gangrene. Nice. 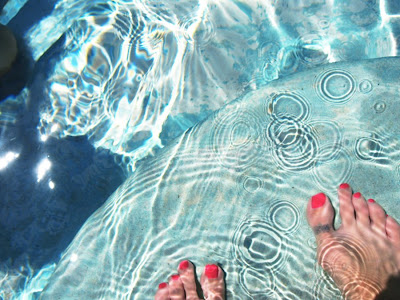 When I was 23 I got the little one on the top of the back of my neck. I had a short hair cut and I wanted a tat on my neck …that was pretty much the extent of it. I don’t love this one. I went on whim {well, more of a whim than the rest} and did it and eh.

It wasn’t until I was 28 that I got the two hearts on my wrists the flower on the lower part of my neck at the same time {at a different tattoo place in the valley}. I went with my husband {boyfriend at the time}. This was the only time I had gone with anyone else prior to when I got my nipples pierced the year before {these are the only piercings besides my ears that I still keep in. I occasionally put a ring through my navel just to make sure it doesn’t close up on me …cuz who knows if I’ll want to ever put something back in there or not} 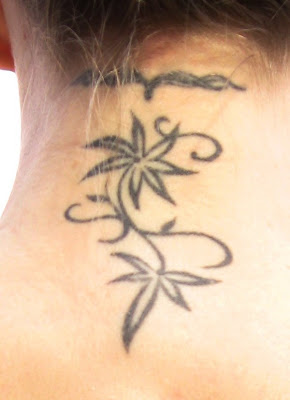 The flower I just wanted. I found it in a Tao book of good fortune and loved it {I had the artist remove the little flowers though}. There was text written next to it that felt so true to me that had to do with balance and well being so to put it in the center of my lower neck just felt right. {it’s ironic that I looked this up right now because at the moment I am reading a Taoist book on preconception and fertility and the benefits of Traditional Chinese Medicine} 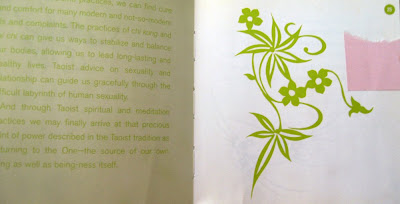 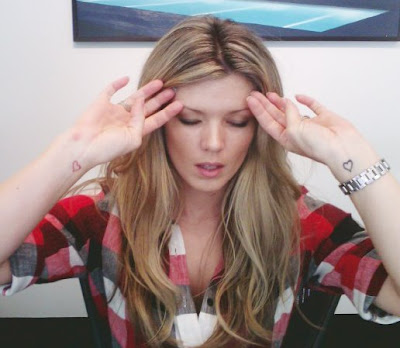 I have one in mind for the future …I just don’t know where to put it.