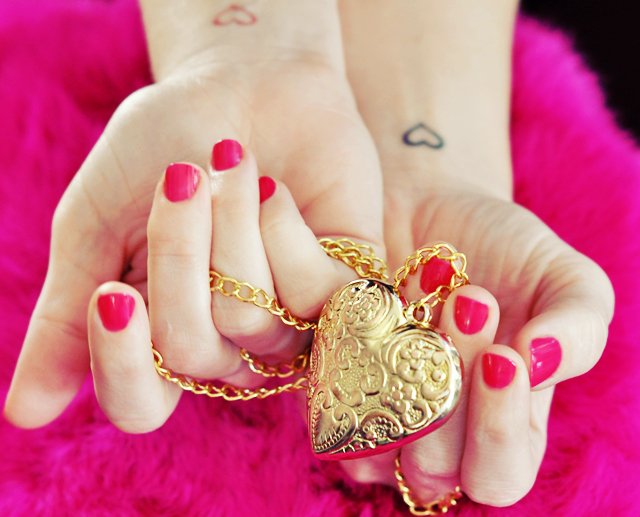 This is a super easy DIY you can do simply by grabbing some chain or a chain necklace you already have and finding a favorite pendant. Look for unique pendants at thrift shops or in unconventional places. I found this antiqued gold heart pendant at my local fabric store and love the vintage look to it. I have one of my own and thought I’d make one to give away for Valentine’s Day so leave a comment in this post for a chance to win my heart necklace! {This giveaway has ended, Thanks for participating!} 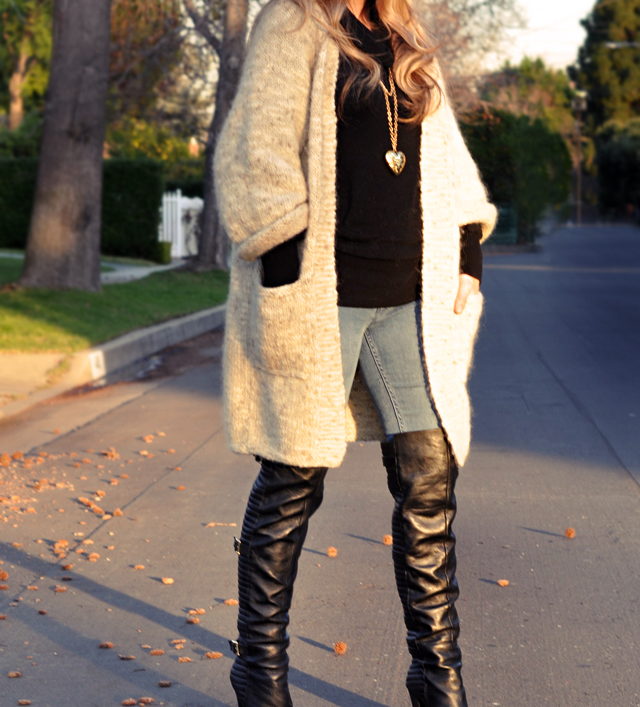 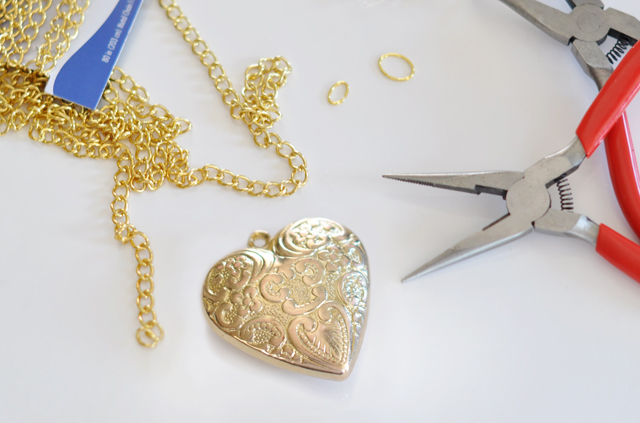 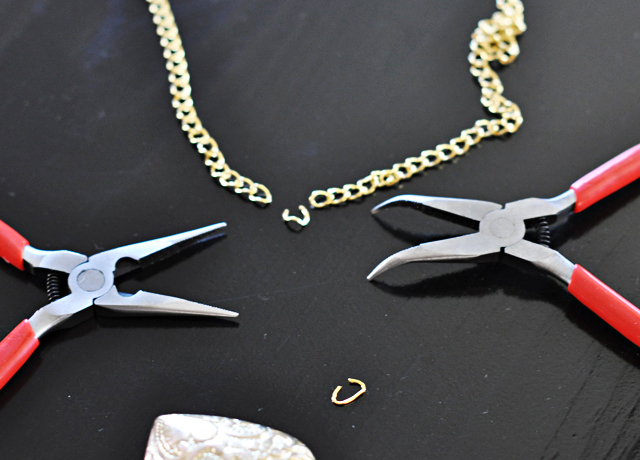 * Decide how long you want your pendant to hang, open a chain link to separate the chain then using the link, close your new chain. 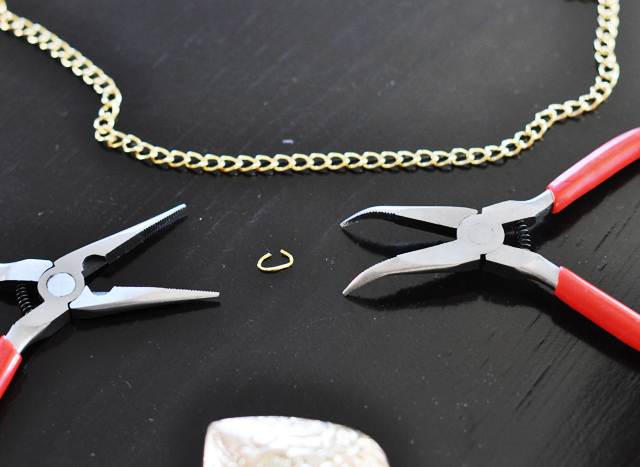 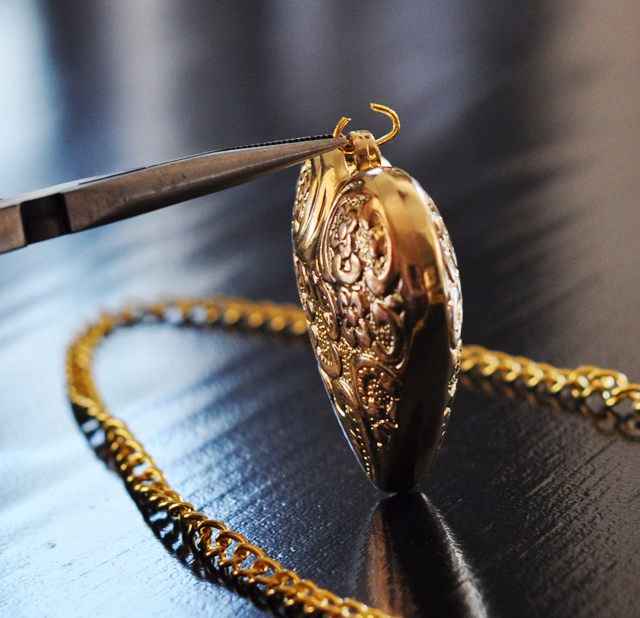 * Slide your pendant through it. 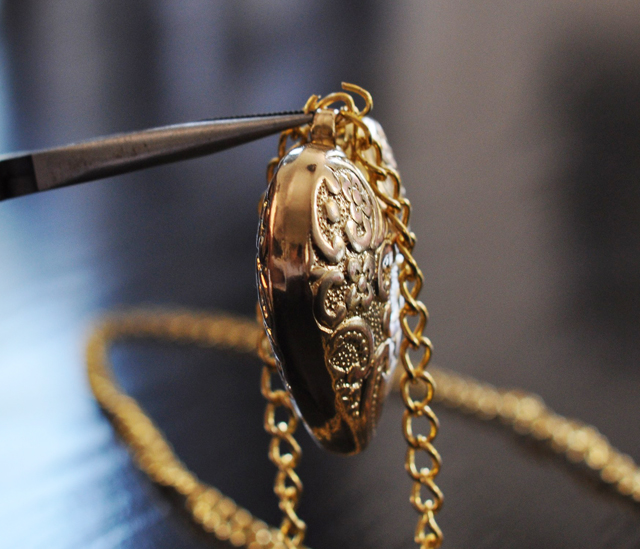 * Slide your chain through it …then pinch closed with pliers. Easy! 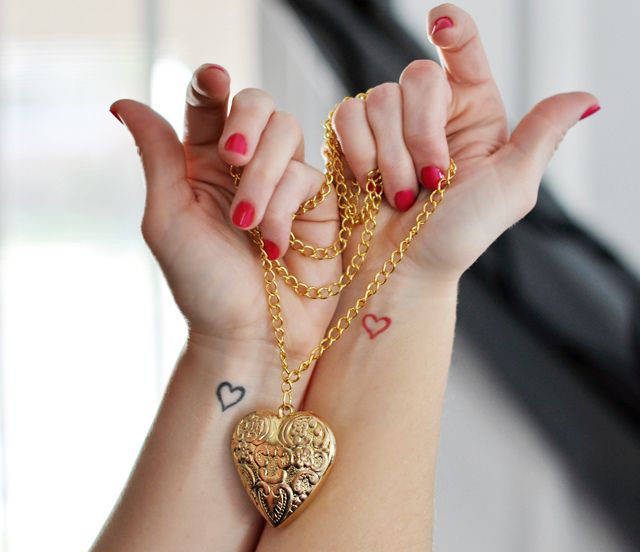 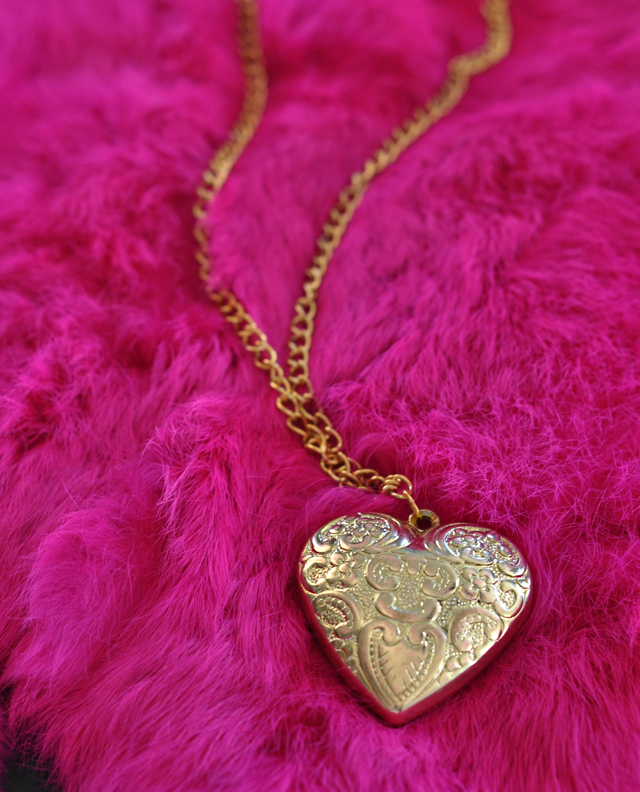 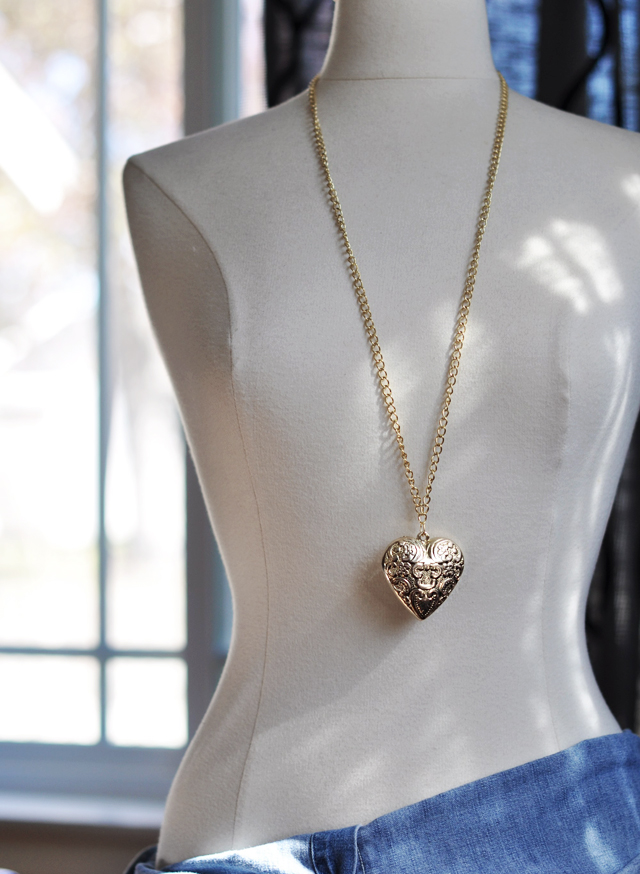 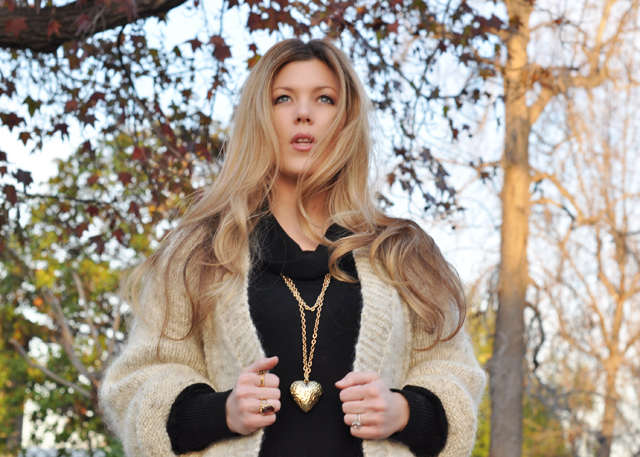 * Finda all my DIYs here

For one week out of each month, I lose my mind. It happens every single month, yet I am never prepared for it. N.E.V.E.R….