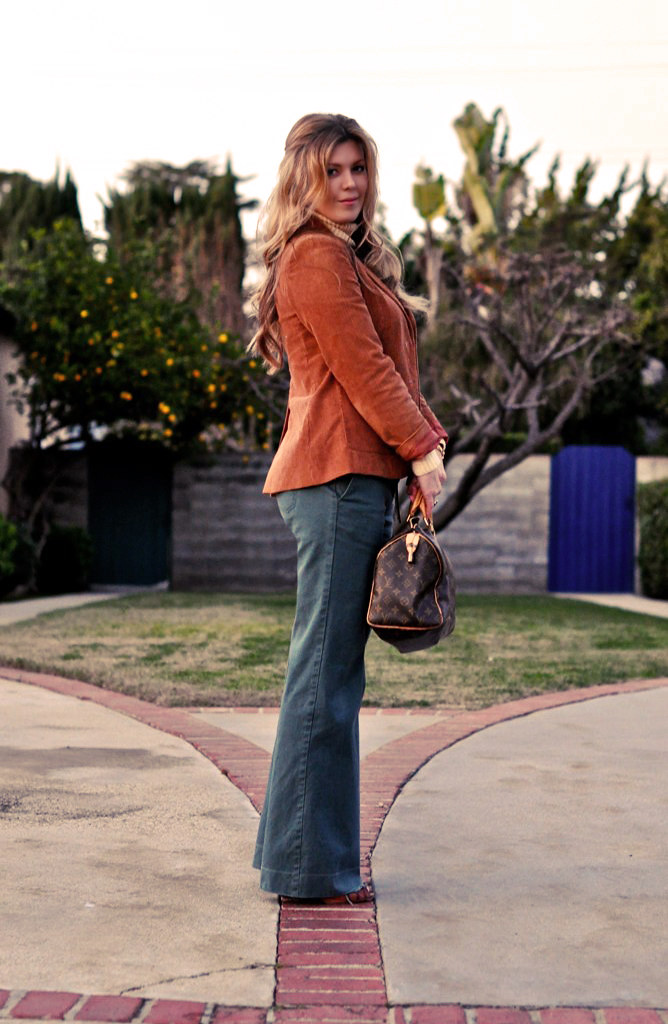 What I’m Wearing
* Vintage cognac corduroy blazer
* Camel soft and fuzzy turtleneck …tags says Climax Australia …and I’m pretty sure this was a gift or hand-me-down from someone. It’s fairly old but still comes in handy for a classic look once in a while
* Gap army green flares …seen here – in my second ever outdoor outfit post hA! These must be at least 6 years old by now. I think they were part of a mini-shopping spree I went on when I went back into the gallery to work after working from home for a few years and that was 2005 – so, wow. Also, they were never quite long enough for my liking so I took out the hem with a seam ripper and since they are cotton, and army green, I was able to get away with leaving the edges raw
* Asos boyfriend belt …& like I said the last time I wore itit runs a bit large which I kind of like because I can wear it around my hips as well as my waist though it’s just barely tight enough at my waist to work {but I like the comfort of it really}
* My {grandma’s} vintage Givenchy perfume bottle necklace again …and seemingly every time I go for a 70’s-ish kinda look lately I wear this.
* Louis Vuitton Speedy 30
* Sam Edelman lace up granny boots 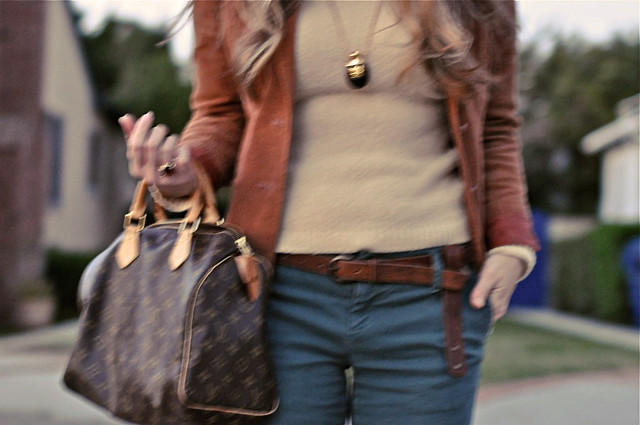 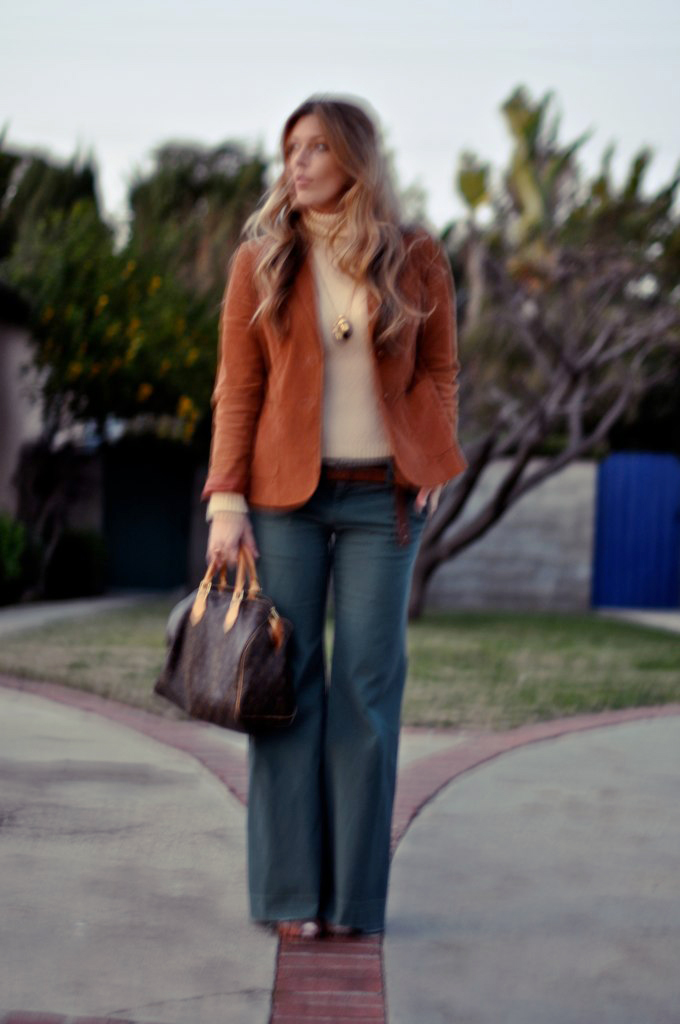 I like sex …in fact, I love having sex with my husband. But let’s be honest, as a modern woman, sex isn’t always at the top of my list of things “To-do”. And I may be generalizing here but I’m betting if you’re a married woman reading this, it’s not on yours either.

Now, if you’re in the first stages of your relationship or your marriage, maybe it is at the top of your list – or even if you’re trying to have a baby it is …but once you’ve got a few years as husband and wife under your belt and maybe even have a kid or two begging for your attention all day long – not to mention work, blogging, grocery shopping, making dinner, cleaning up the house …you know what I mean. Sometimes it just seems like another “thing” you have “to do” instead of what it is {fun, pleasurable & relaxing, not to mention creates intimacy w/your partner – keeps you healthy & young, great exercise, the list goes on}.

But sometimes it is that “thing” you have “to do” to keep your husband happy and your marriage alive. Comedians & sitcoms aren’t talking about it for just laughs, I promise.

When my husband gets a little cranky or edgy with me {which is not often really because I’m an awesome wife ;} but when he does, I can usually pinpoint the cause within seconds of the realization . . . it’s probably been a few days since we had sex {and though he doesn’t want to admit it, I’m always right}.

With the exception of the WEEK OF HORROR, aka my period, the husband wishes to have sex every day – and twice a day if he were the luckiest man alive. I on the other hand, would be okay getting boned once every 3 days at the least …but if it has gone that long, by the middle of day 3, my best friend and love of my life gets a look on his face which I can best interpret as such: “Woman, I married you to secure that vagina! …so that I would get it whenever I wanted it …and so that no one else could have it! …If I wanted a roommate, I’d go live with my boys”

The above truth assumption leads me to believe that men are seemingly very basic creatures and really require very little to keep them happy. In fact, to prove my theory correct, I stopped writing for a moment to ask the husband: What would a man’s top 3 priorities be? …and In my husband’s {very prolific} words he responded: “if he gets fucked, he gets fed, and he gets to do his thing {i.e. his hobby or time alone}, he’s a pretty happy dude”

He’s no Shakespeare, but methinks he is righto!

I know, I know, it’s 2011 and the Feminist Movement and blah blah blah. But ladies, this is part of working at a marriage and honestly, it’s not like you don’t get anything out of it {hopefully}, right? Sometimes it seems like there’s just not enough time in the day or you have a list of things that still need to be done but when you break down how long it really takes to be intimate with your man, you realize it’s not that hard to fit it in {pun intended}. Men at their core need to FEEL LIKE A MAN …and usually, sex is a direct route to that feeling for them. It puts a spring in their step, a smile on their face …and relaxes them to their core. {and it relaxes us too}

All I’m sayin’ is this: If you want a happy husband [READ] if you want a husband who will do anything you ask him to do and give you anything you want {within reason} with a smile on his face …you gotta give up the sacred poon. It’s worth its weight in gold really ;} 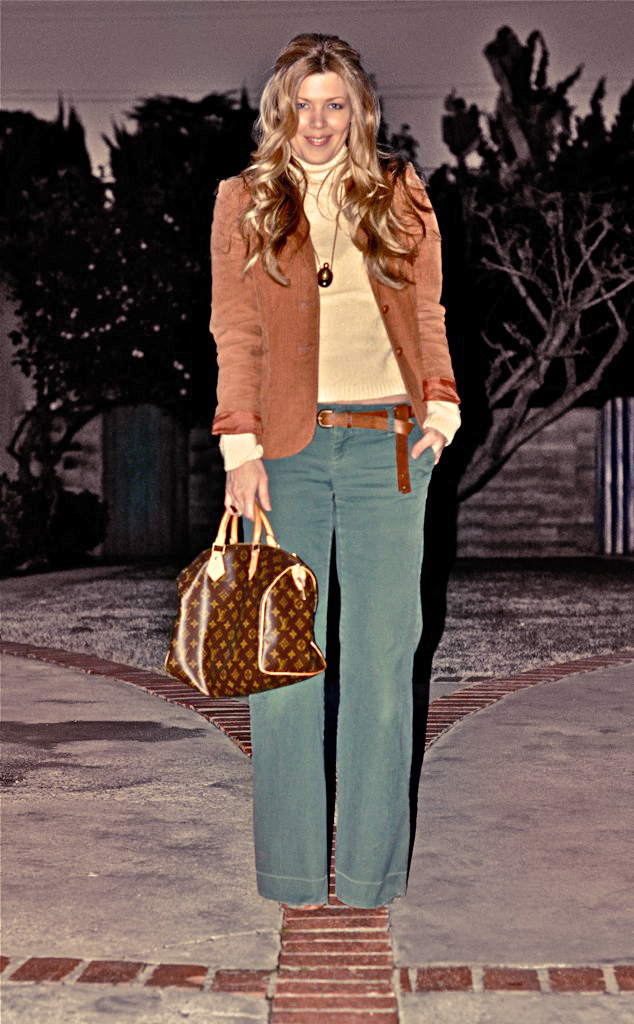 Follow me on Instagram to see my photos in real time. Come back here every Sunday -or sometimes Saturday, for all the details. Once…