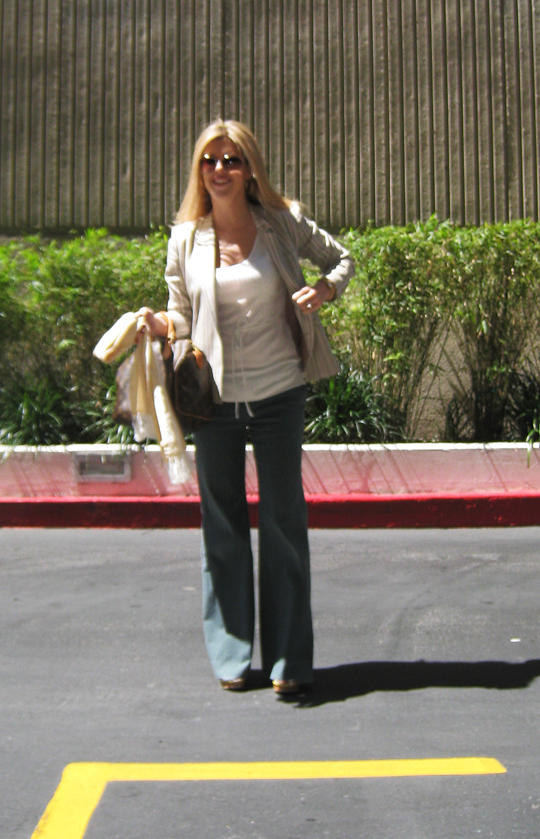 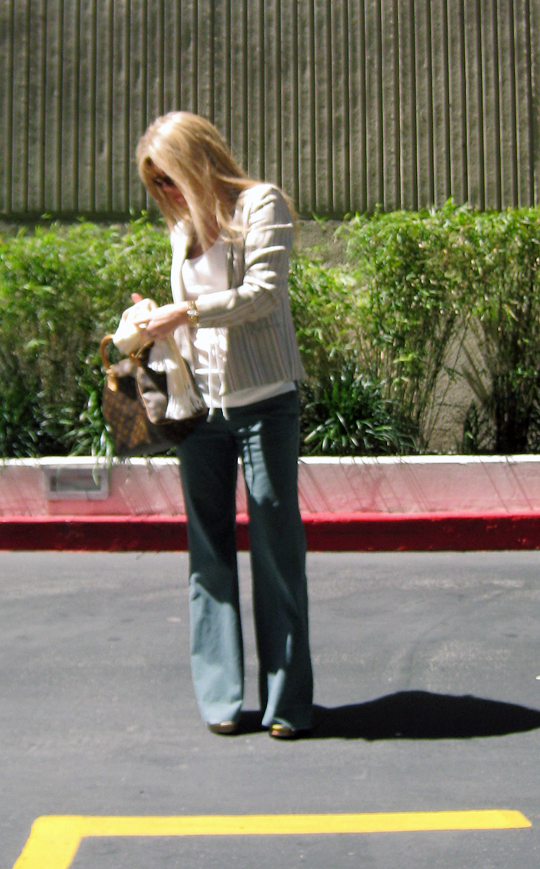 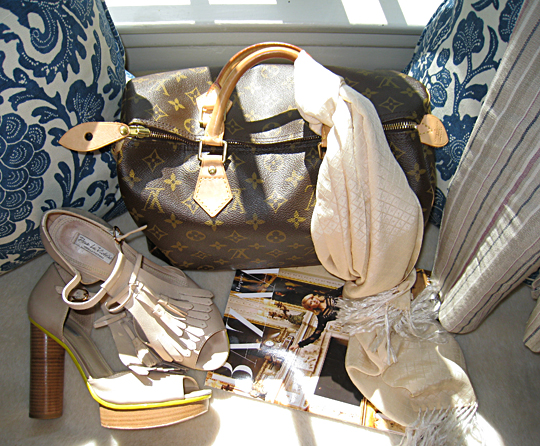 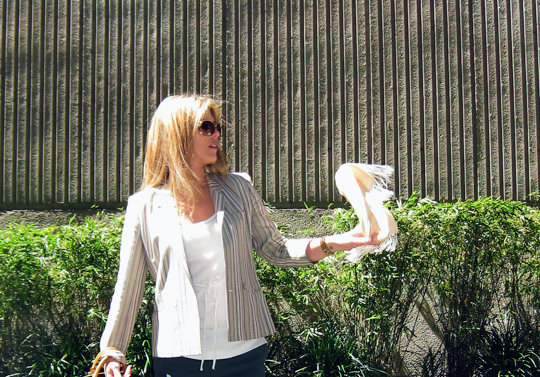 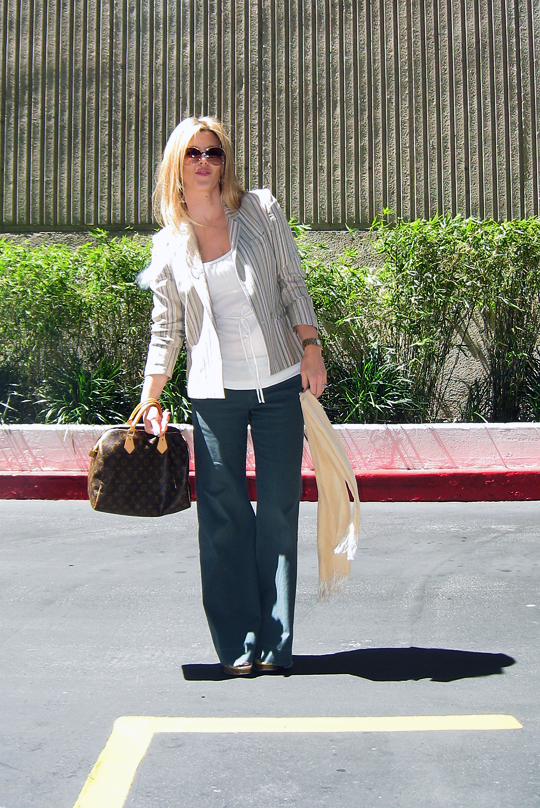 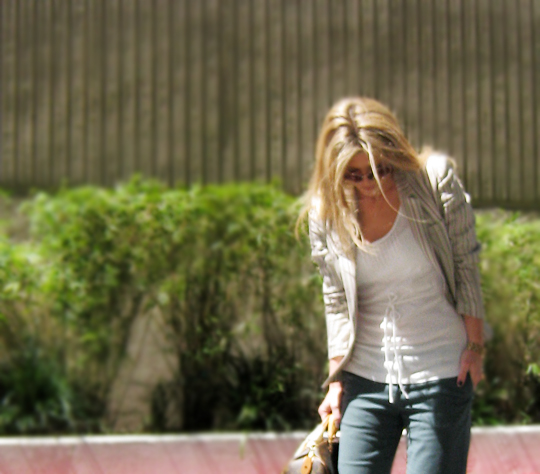 What I’m Wearing
* Army green wide-leg pants …Gap, I got these so long ago I can’t even remember …maybe 2005?. But they’re a great basic for when the wide-leg returns, which it has in a very 70’s way with a modern twist. After one wash, however, they were too short {and I don’t put them in the dryer}. Solution: take out the bottom hem. And in this case, leave it ragged.
* Cotton tank with tie I found at a thrift shop/brand new. I didn’t even try it on. In fact, after a return from the dry-cleaners, this is the first time I’ve ever worn it. Tag says: John Paul Richard.
* Vintage Sasson striped blazer ….seen last May, here with yet another “Never Say Never” …and the same shoes
* Vintage silk scarf I wore in my hair in my last outfit post
* Louis Vuitton Speedy
* Tom Ford “Yvette” sunglasses
* Pour La Victore “Fiona” platform

It was so ridiculously windy trying to snap these photos proved near impossible let alone get any details at all. I originally wore the scarf around my neck for warmth but after eyeing the first three shots, I realized in the photos, it looked like a neck brace. Hot. So I removed it and tied it on my bag.

This morning I opened my garage to get in my car and as usual, saw a little bitty critter. Many days it’s a handful of crickets, sometimes a row of ants, today, it was a little baby lizard. Just two days ago I wondered where all the lizards had gone and then this morning a little guy startled me. I drove out of the garage very carefully as not to smush him, successfully. I thought about him on and off all day. When I returned home, I pressed the button in my car and opened the garage and pulled in as I normally would. As I walked around the back of my car, I realized I killed the little baby lizard. His tail was cut off and still wriggling and his body was upside down and I swear his tongue was hanging out. I immediately started crying. And could not stop. When I ran to my husband sobbing, he thought something terrible had happened. I told him it did. I killed the lizard. I think he was relieved …and more upset to hear that I had also gotten my period today, two days early …which probably explained the tears that came rushing on and off for the rest of the night when I thought about taking that poor little lizard’s life. 🙁

Black & Blue & Sequins all over NYE in the Snow

What I’m Wearing… * Cobalt blue sequin mini dress… originally from Modcloth {and purchased for NYE 2011, I think} you can find similar versions…