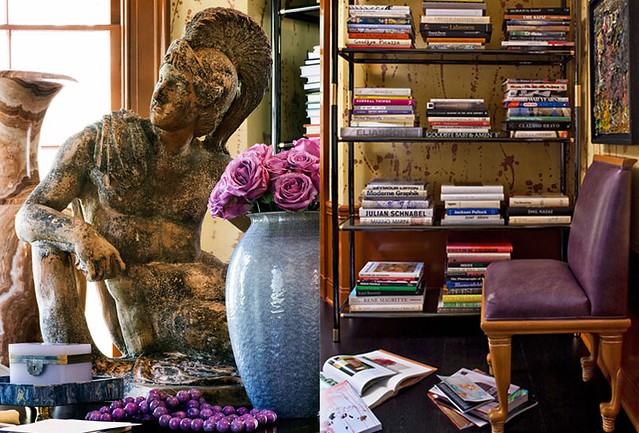 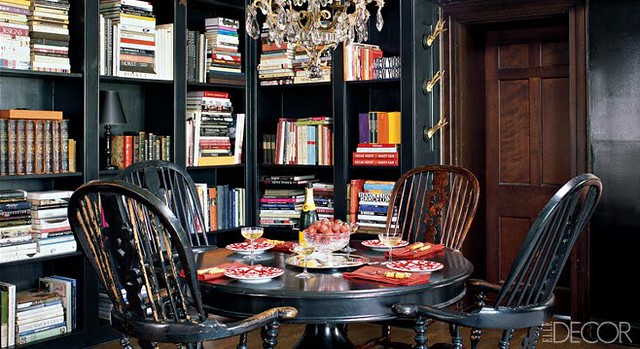 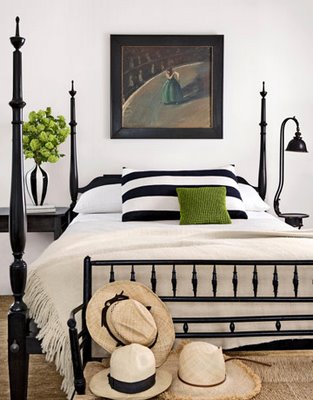 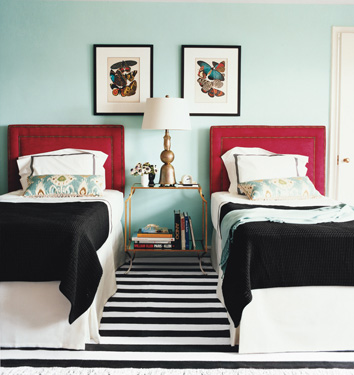 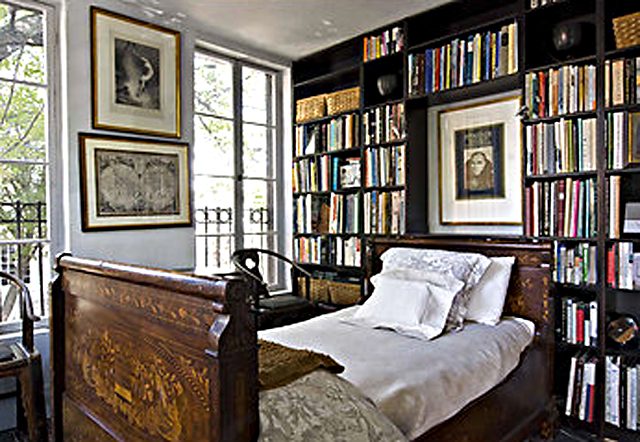 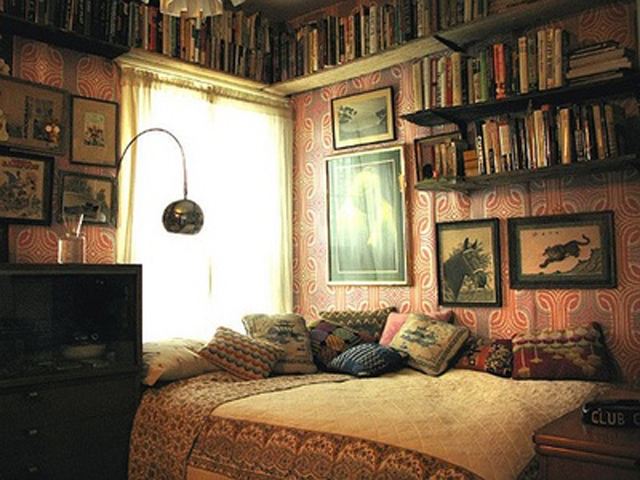 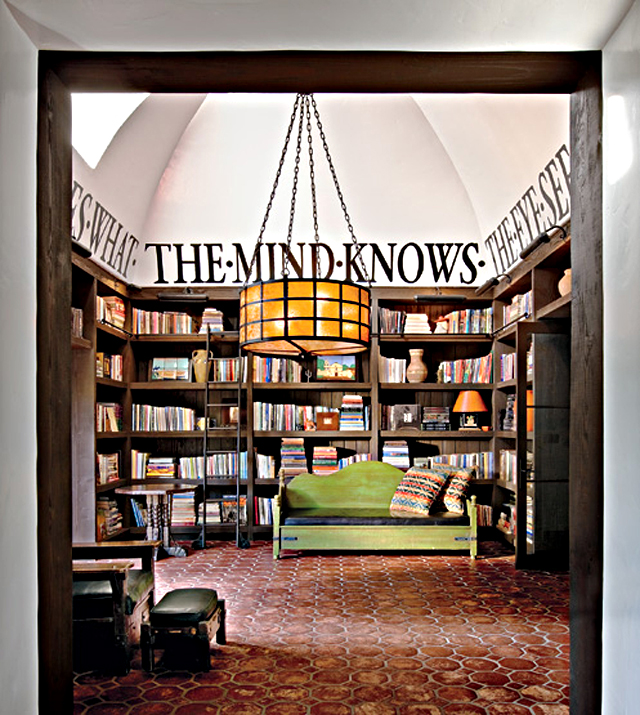 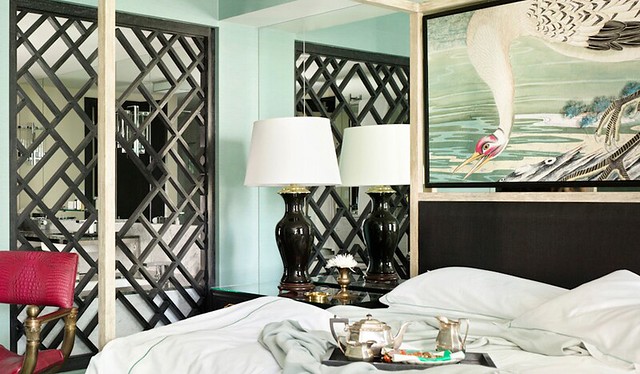 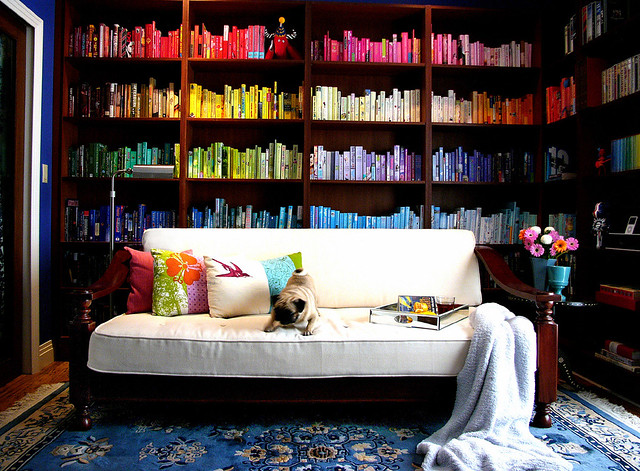 The room we’ve dedicated as our “Guest Bedroom” also happens house our “library” and “DVD collection” and while it’s the second largest bedroom in the house, it often ends up being “the space where everything I have no other place for” ends up.

It’s wallpapered in a red/coral/white sort of wavy stripes on two walls with a solid textured coral/red on the window wall. And while I wouldn’t necessarily choose this particular wallpaper, I don’t totally mind it, which is why we left it up. I’ve added greens and browns & a few animal prints as complementary mixing colors with mostly dark wood furniture …which just so happen to be the colors that were in our former living room as well as our old bed frame. And because it’s a mish-mash or all of our old stuff, it was the room that was first completed in our new house. It’s fairly organized but paintings and art still just line the floors surrounding the walls instead of hung up …and like I said earlier, it’s the catch-all for “stuff” I don’t want to see elsewhere. However, I’d like to give this room a more complete look by the end of the month just in time for our Halloween party …though I don’t have high hopes that it will be spectacular until maybe Thanksgiving. We’ll see. This is what it looks like now … 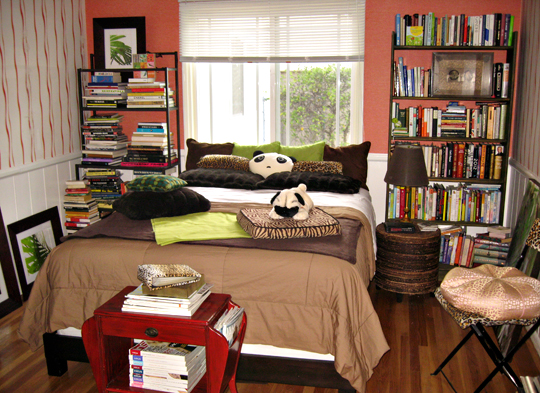 * Images saved over time from unknown sources. Some from Kelly Wearstler. Please email me for source credit

It’s insane to me just how much is going on in my life right now. So much uncertainty, a bit of craziness, everything up…