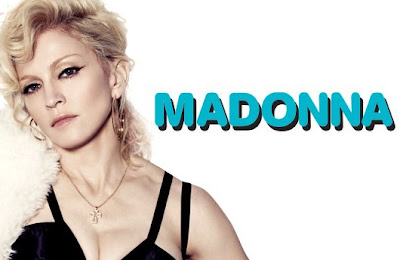 Pep and I spent over an hour yesterday discussing the new Madonna (Justin/Timberland) song 4 Minutes to Save the World. We decided that while it’s good (and super-fun to dance to) it doesn’t seem very Madonna-ish. We also agreed that while she usually is a trend-setter and a leader in most categories, this time it seemed as though she was trying to jump on a beat that was a bit played out.

Madonna The First Album was among the first cassette tapes I bought (along with Cyndi Lauper and Lionel Richie) in 1982-84 (let’s be honest, I probably didn’t BUY them but asked for them for my birthday)and my favorite song to this day is Everybody (Borderline comes in a close second). I was about 7 years old and just starting to want to listen to music outside of my parents range of The Doobie Brothers, Michael McDonald, Toto, and Chicago.

Madonna was my first musical inspiration. She popped my musical cherry, if you will, and I have bought every single album since (and impersonated her many a time). At my friend Elizabeth’s slumber party, dressed in full Madonna regalia (not the first OR last time), I lip synced to Borderline and Lucky Star in her back yard with my black lacy gloved hand up in the air and the other hand gripping a hairbrush (years later I came to realize that a curling iron works better).

When True Blue came out in the summer of 86 I sat by my little boom box for hours each day waiting for KIISfm to play one of the songs so I could record it onto a tape because my mom wouldn’t buy it for me.

In 1987, my friend Sara invited me to the Who’s That Girl concert where we both fought over who got to wear the crinoline and who was going to wear the tight fitted t-shirt skirt. She won the crinoline.

When the Like a Prayer video came out I recorded it (as quickly as I could before my mom knew) onto a VHS tape (that my brother was always tryin’ to get his hands on) called Maeg’s Videos and watched it over and over AND OVER AND OVER. I LOVED IT! My mom FORBADE it (because of black Jesus and burning crosses) which made me want it even more! She forbade me from MTV too. But it was summer and she was at work all day!

Soon to follow was the song Cherish and I was in love with the video – which is also part of the awesomeness that is Maeg’s Videos. I sang it day and night and wanted a merman of my own. This was part of the Janeen era. We would pretty much spend our entire afternoons and summers watching and learning the choreography from any music video of the time (very early 90’s) – including the dances (um, J-LO) from In Living Color.

Then grunge happened and I was in high school and somehow my Madonna obsession fizzled out. I didn’t pay too much attention to her again until the late 90’s when I started buying all the albums I missed like Erotica, Bedtime Stories, (which is one of my all time favs) and Something to Remember.

Ray of Light was released and Madonna did it AGAIN! I listened to that album till I knew every word of every song (well, let’s be honest, I did that with all the albums). It still reminds me of road trips to Sacramento and snowboarding with Erik and his family, my super-gay ex, and the term “Butts and Weiners” and “Black Ice, Black Ice” and having a mild crush on Erik’s HUGE brother Kevin.

Music was soon to follow and was awesome too.

My least fav American Life was probably more for her than for her fans I confirmed.

In 2003 I was 80’s Madonna for Halloween and I finally got to wear the crinoline.

When Confessions on a Dancefloor was released it was yet another amazing album by the queen. Pep and I were hugely into Dance Dance Revolution -well, we are masters at it, and her album/vids were hugely influenced by it.

And finally, in 2006, when I turned 30, I invited everyone to Skateland for an 80’s b-day party EXTRAVAGANZA – and wouldn’t ya know it, dressed very Madonna-ish (and maybe some Molly Ringwald). I got to rollerskate to my favorite Madonna song Everybody just like when I was a kid (minus the lavender pom-poms on my skates). Pep proposed at the end of the Hokey Pokey, down on one knee, in skates and a pink button-down.

We’ll see if The Queen of Pop can do it again with Hard Candy. I’m definitely looking forward to its release April 29th, oh it’s pre-ordered.

Trying To Smile But the Air is So Heavy & Dry