My husband and I eloped and got married in 2006 and just about a year later we stopped trying NOT to get pregnant. We were both 31 years old at the time and we decided it was time to start “trying” to have a baby.

Now, let me start by saying that I have a bit of an issue with the term “trying” to have a baby or “trying” to do anything… I believe that the term “trying” is just an excuse for not doing. Yes it’s blunt, but I learned when I quit smoking after eleven or more years of inhaling glorious tar and nicotine into my body and soul, that all the times I had tried to quit prior meant nothing. I knew I wasn’t really going to quit even when going through the motions. Since then, my theory on it has been very straight forward: you either do something or you don’t. Trying is an excuse for not doing.

Except, somehow, when it’s in regards to getting pregnant. Because it seemed no matter how much we “did it” we were still not getting the desired results. So in this case, “trying” equalled failing and “doing it” equalled failing.

I have failed at getting pregnant for five years now, this month. 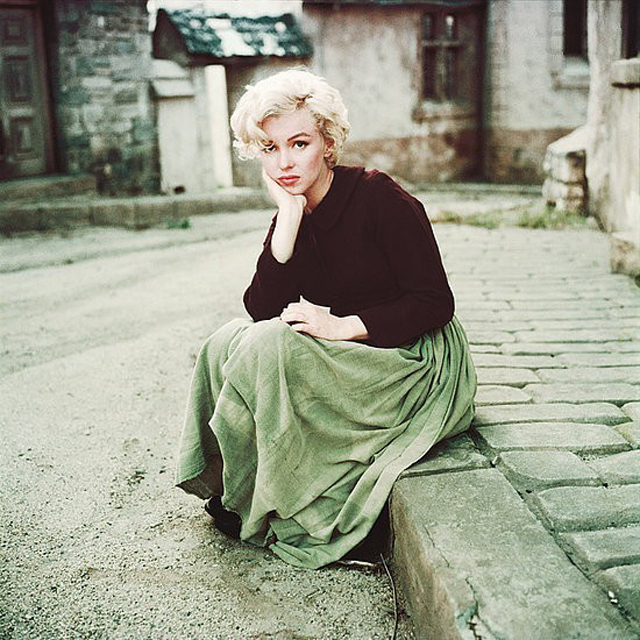 If you’ve been following my infertility story here, you may already know some of these early details. But if not, the basics are as follows: I have endometriosis, something I had no clue resided in the depths of my insides until I also was diagnosed with cysts on my ovaries at the age of 31. I only found these two exciting new things out because I started seeing a fertility specialist rather than a regular old Gynecologist purely accidentally; she was the closest lady doctor to my house at the time. And she was the first doctor ever to diagnose me, so of course, I didn’t believe her and I got a second opinion. I was absolutely positive she was incorrect. But she wasn’t and I had laparoscopic surgery to remove the cysts in June of 2007. She told me she was going to “Clean me out so I was nice and ready for a baby”… and this was well before the husband and I had really discussed the future of our family.

A few months later, I actually thought I was pregnant which prompted us to begin “trying”. And then a year went by with no baby. So we were both tested and assured that while we were old, we were also just fine and should be able to get pregnant in no time at all. And then time and time again we did not get pregnant. The following year my doctor tried to put me on clomid, but I refused. I wasn’t ready to give up the idea of getting pregnant naturally.

I came to the conclusion that I wasn’t willing to test fate. We are not religious, but I am very fearful of medication, hormones, and forcing something that may not be the right thing to do. These are the main reasons I wasn’t into “helping” our situation. I don’t care that anyone else does it. If it works for them, fine. But it’s not for me. I will not change my mind on this issue. Some have told me that if I really wanted a baby I would do it but I’m not willing to compromise my beliefs and my own body and spirit to accomplish something that maybe wasn’t “supposed to happen” in the first place. I worry about the “after” and the “what ifs”.

Maybe my thinking is backwards, but I don’t like medicine and I don’t trust the healthcare system here. So I put my hopes and trust into us and month after month and year after year I came up empty.

Many months I’m okay with it. Many weeks I feel I’m better off. Many days I’m holding back tears. For anyone in this situation, it’s a roller coaster of emotions that no matter how hard you focus, you cannot get off the ride.

About a year ago or more, I watched a documentary called Google Baby which is basically about outsourcing pregnancies to India. Technology is amazing. For $8000 I thought, we could have a baby. A gestational carrier in india who will live in a pregnancy house, cared for with other women doing the same thing, making babies for women and gay couples who can’t create their own. And in return, these women, who were always married with a child of their own, could buy a house for their family. It’s a give and take, a women helping women, as the doctor referred to it in the film.

Because the cost of a gestational carrier here in the states in $50K-$120K {as is adoption}, the thought of this sounded rather optimistic. And then I remembered that I am terrified of flying. And then I thought that if I wasn’t willing to fly to India where our baby was gestating, then maybe I didn’t want a baby as bad as I thought I did.

Or maybe I just wasn’t into the idea of outsourcing our child. And even though a very kind family member generously offered me her womb, I think my inability to accept the fact that this is actually happening in my life, keeps me from moving forward in that direction… but it also means surgically retrieving eggs from my ovaries. No thank you.

There’s something in me that still thinks, month after month, that the weird feeling in her stomach is a baby and not just her period. Five years later she still thinks this. Do you know what that means? That means that this person is insane. Yes, that is the definition of insanity. Doing the same thing and expecting a different outcome.

But why? Why can’t I get pregnant? Five years later, I still wonder. And now, we ARE old. 36 vs 31 in the baby-making years is ancient. I don’t care that people do it in their forties, I don’t want to. Now I worry about my own fucking health. Could my body and mind handle pregnancy, delivery, and the aftermath?

I go quite some time feeling okay with my own insanity in this department and usually break at around the 6 month period. I believe my last “wah I can’t have a baby” post was December 2011, so I’m overdue I suppose. But really, it’s been on my mind for a few months now. In fact, the week after I finished my book manuscript is when the baby fever returned. It creeps up on me when I’m not IMMERSED IN A PROJECT SO DEEP that the thought of a child completely on the back burner.

I think we are finally okay with the idea of adopting. Obviously for people in our situation, it’s always and option, but I think it also means that’s it. For me anyway, it means I have accepted the fact that we won’t have a biological baby and are willing to give a home to a child who needs one. I mean, the world is overpopulated anyway right? Why should I be so selfish thinking that our genetic spawn would be better for this world than giving back to humanity?

We have seriously begun looking into adoption at the moment…

Let’s Go Down to the Tennis Court & Talk it Up, Like Yeah