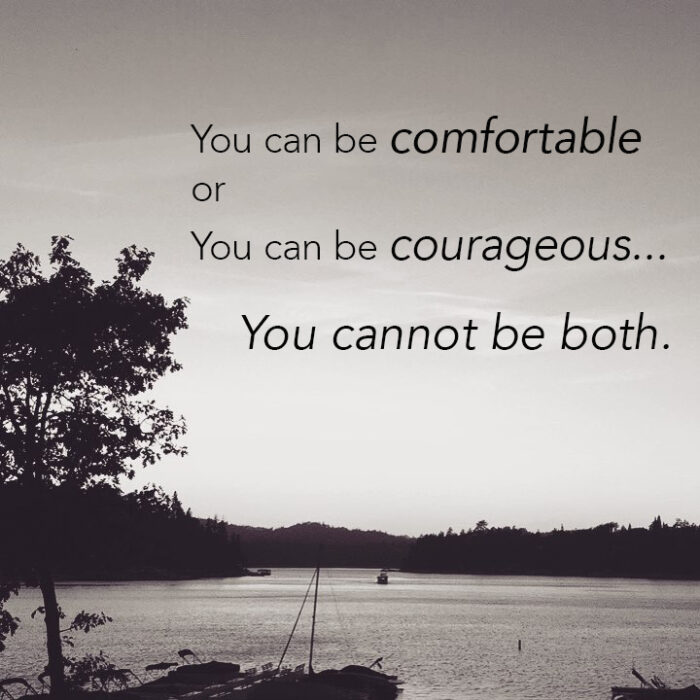 It’s insane to me just how much is going on in my life right now.

So much uncertainty, a bit of craziness, everything up in the air, and it’s strangely nerve-wracking… It’s not at all what I thought my life would look like at 40, but in the midst of it all I have to remind myself that it’s everything I ever wanted –kind of.

Two years ago, around this very time, I was struggling with the reality that I didn’t see a future path in my life any different from the one I had been on for so many years prior. It was a path that I carved out for myself, but I didn’t fit into it anymore, and I was bored. Bored to tears…

There’s a certain safety and comfort in that boredom, but it’s terribly uncomfortable at the same time, because everything is the same as it ever was and I, for one, felt trapped… and I didn’t really know what to do. I knew I had to decide what I wanted and make some changes but I had no idea where to begin. I knew that I had certain regrets about my past. And I knew that I didn’t want ten more years to fly by and find myself in the same situation, regretting that too.

Change is a funny thing. You have to do more than just want it… you have to actively change your mind, and then you have to act upon it, and oftentimes, one small step is all it takes. And in early December 2014, about four months after deciding I wanted my life to look and feel different than what was my then-current present, I took that one small step, and changed everything.

There are two very obvious things I do when I’m at the precipice of change: I cut my hair and I get tattoos. And within that time frame, I did both. In all honesty, if my husband were paying any attention at all, he would’ve caught on and noticed that nothing was ever going to be the same again.

But he wasn’t paying attention.

It wasn’t until February that I told him that the main character of my book, female, obviously, was having an affair and cheating on her husband.

Now, let me be clear: I WASN’T HAVING AN AFFAIR NOR WAS I CHEATING ON MY HUSBAND. The character in my book was. But somehow, from that point on, it didn’t matter to him if it was me or my character. What mattered to him was that I was thinking about it, even if it was only in terms of a story.

I’m still unsure if I was too naive to realize the harm it would do, or if it was an actual sign of the state of our relationship, but suddenly, he was paying attention.

When I longed for new life adventures, and new and exciting experiences, and a new project to throw my whole self into to feel that fiery passion I live for when I’m creating something new, what I really longed for, was to feel alive.

However, I hadn’t also thought about all the uncertainty that comes along with taking the leap and jumping into the unknown, because if I had known, I may not have been able to do it. The fear may have kept me stuck in a life I wasn’t happy in anymore, and I wouldn’t be able to write this today, in the midst of creating the life of my dreams.

I didn’t anticipate the challenge it would be to find courage every single day when all those things were actually happening, and let me tell you, there’s nothing easy about it. Because it’s far easier to be comfortable, even when you’re unhappy about it.

Since that December back in 2014, I have had new life experiences and new life adventures, and I’ve got a huge project I’m about to embark on, and my life has changed in more ways than one, and though I smile at the thought of it all in this moment because it’s all actually happening and I feel more alive than ever… it’s stressful and scary and tiring and completely and utterly UNCOMFORTABLE.

And though some days I struggle with it all, I’m willing to give up a little comfort in the act of courage, because in the end, it is actually -everything I ever wanted. 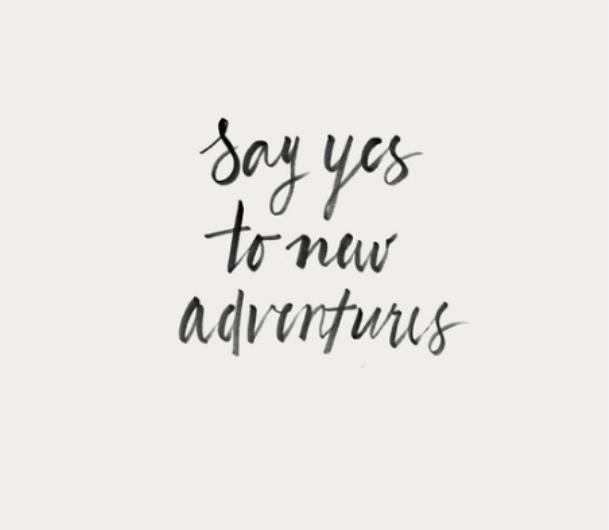