What if you had the ability to go back in time and relive any moment in your past just to get it right? Would you do it? Or what if you could go back and change how you reacted to a specific moment knowing it would change your future in a way you thought was better? Would you try it? In his latest film, About Time, Richard Curtis {creator of Love Actually and Notting Hill} offers a look at the possibility of doing just that, searching for and finding love, and learning to cherish every moment in life while we can. 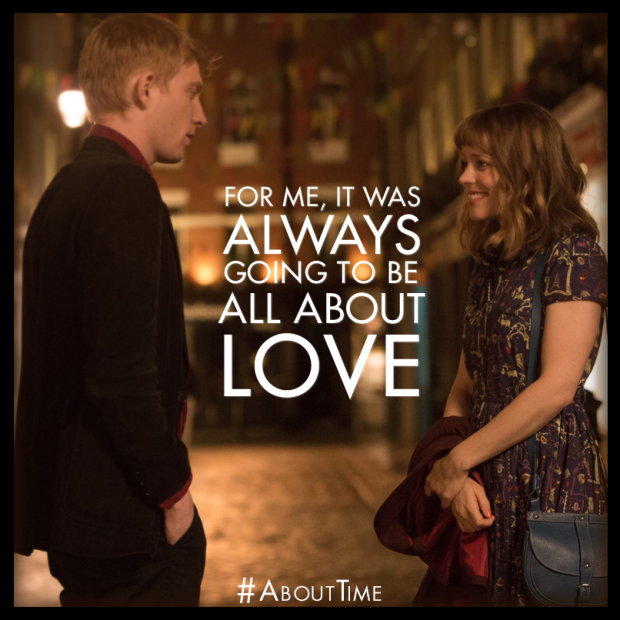 My husband and I are the same age and grew up in the same area of Los Angeles nearly our entire young adult lives. We went to schools literally minutes apart, frequented the same football games, carnivals, and even the same mall {I worked at Wet Seal}, yet we didn’t meet until we were 27 years old. What about all those moments in time up until then? With all the possible chance encounters we could have had, what took us so long to connect?

Some days are so good, you want to relive them forever. Others you can barely get through to the end. 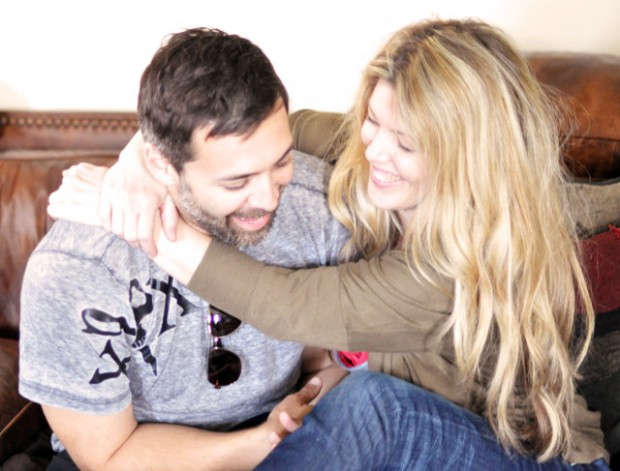 In 2003, after a messy breakup, I moved into an apartment building with my cousin and quickly became friends with nearly everyone who lived in the Melrose Place-like complex. It was the perfect place to start my life over, filled with people I am still friends with today. I didn’t know it yet, but my future husband lived there too.

I moved in a few weeks after my cousin had already gotten settled {I was waiting for the internet} and as I walked in through the gate and open courtyard, wearing green short shorts and checkered Vans, and carrying my last box of stuff, I nearly stopped dead in my tracks when I saw a guy chatting with a young boy in front of one of the units. A rush washed over my entire being and for a moment I thought I new “him”.

As I walked near though I realized I didn’t actually know this person at all, but we exchanged smiles and hellos as I walked to the apartment right upstairs from his. In the following six months, he and I became best friends, waiting for the other to return home from work to chat the rest of the day away with other friends coming and going as well.

I immediately felt safe and at home when we were together and it was so refreshing to just get to know each other as friends… even though I had felt like I had known him since I was thirteen years old, I felt like I could be “me” with him. It was so comfortable a relationship that it eventually turned romantic, and the rest is history. The following year we moved in together and two years later we eloped and got married. We just celebrated our seven year wedding anniversary and have been best friends for ten years now.

But I often wonder What if we would have met at one of the events we were both at when we were naive teenagers… or had we met and we just didn’t remember? I sometimes feel like if we could have just met each other first, when we were young, we would have gotten to skip over some truly miserable relationships in between. But what if the past relationoships and those special circumstances were the actual moments in time that brought us closer together and it all happened exactly how it was supposed to? Sometimes I wish I could travel back in time to meet him then… I’m giddy just thinking about it.

As a huge fan of Love Actually, Notting Hill, Four Weddings and a Funeral, AND Bridget Jone’s Diary, there’s no possible way I won’t see this movie… and I’m looking forward to watching it one hundred times more after that. I literally tear up just watching the trailer for About Time…

* Find more info and cute movie stills at About Time on Facebook
* Use #AboutTime on Twitter to join the conversation.

This post is sponsored by Universal Pictures. But the story is all mine.