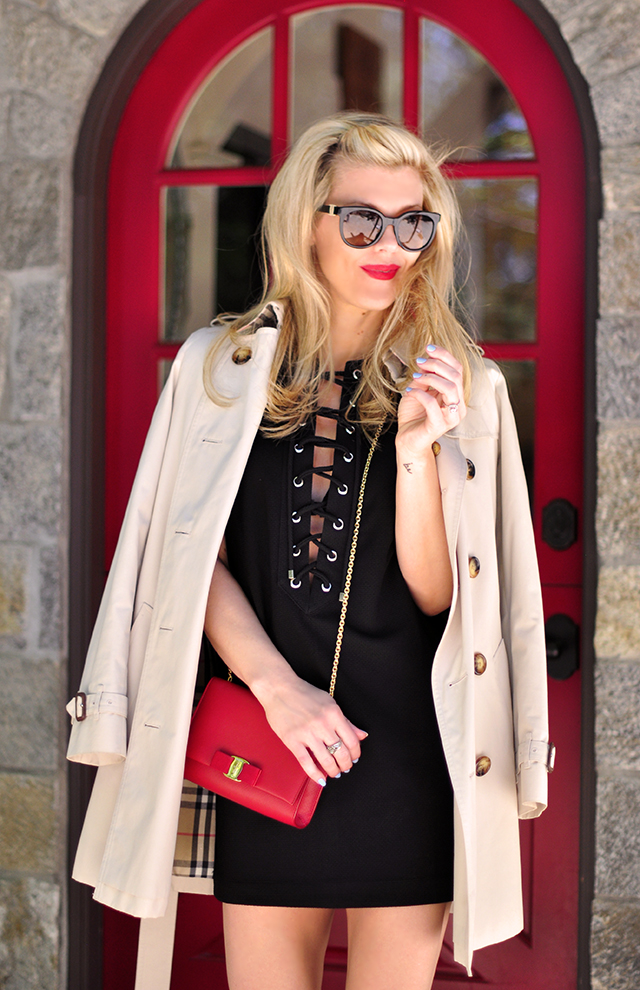 * Little black lace up front dress by English Factory
* Burberry shorty classic trench coat
* Red Miss ‘Vara’ bag by Salvatore Ferragamo
* Sunglasses by Ferragamo too
* Leather perforated Vans {I have two pairs of these, I love them so much AND I got them at the local Famous Footwear}

* Title: Ariana Grande ‘Into You’

I’ve been having a lot of “ah-ha” moments this week, as Oprah likes to refer to mini revelations about the world, and the humans living within it, including, but not limited to, ourselves. There’s something about those little moments of clarity that inevitably, if you’re paying attention, make you change your path, or alter some part of your life in fear of either repeating the same old patterns or living inauthentically. Then in retrospect, you realize that in an attempt to change and empower yourself, you’ve probably been acting like a crazy person – for over a year {and maybe even more so in the last month} and that probably didn’t do much to actually change your life, but somehow you needed to get it out of your system to be able to move forward. And by crazy, I really probably mean, rebellious… which, in all honesty, was probably prompted by some other “ah-ha” moment.

The timing is interesting though, because generally this type of behavior is prompted more by the finality of something or someone, and that wasn’t the case. I suppose it was the finality of my old self, then in the midst of trying to figure out who I was instead, I dove off the deep end and started acting like a complete moron. Maybe only I think this about myself, I can only hope – but I doubt that. And it’s all just hitting me now because I realize that I don’t have to rebel anymore because I am already free -free from my old self. And it’s a strange and confusing place to be in and I’m overthinking everything on twenty levels right now, but to grow and move through without getting stuck and bitter and lost in the space and time of the past, I think one must continue trudging through the fucking mud to get to the shore.

And I think I may have just hit solid ground.

Though my feet are probably still a little wet 😉 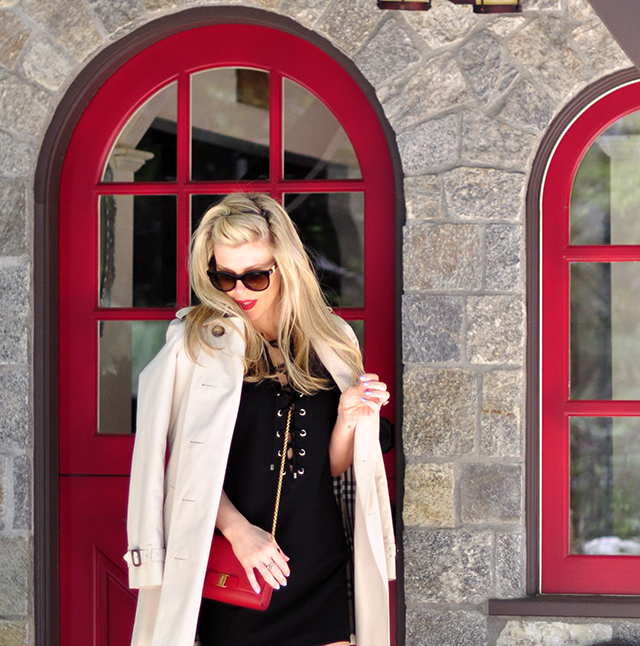 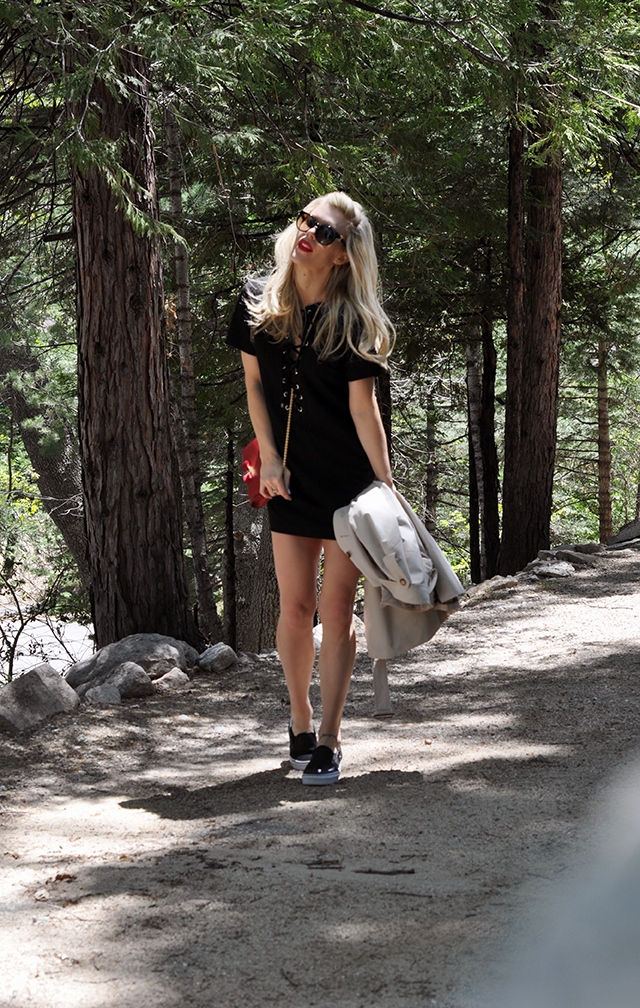 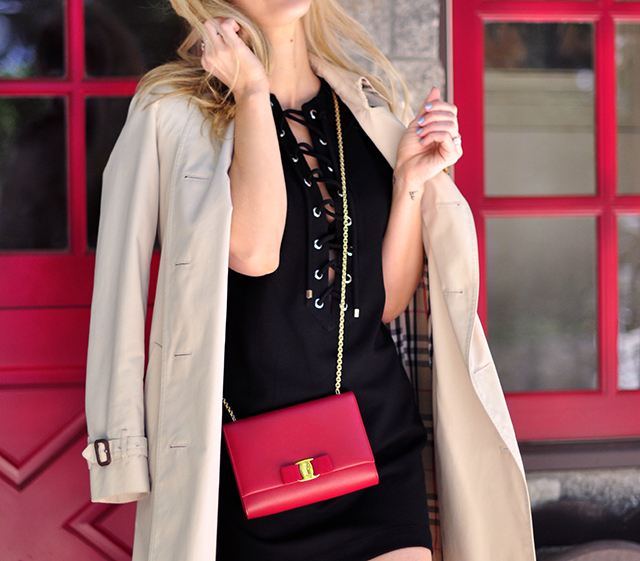 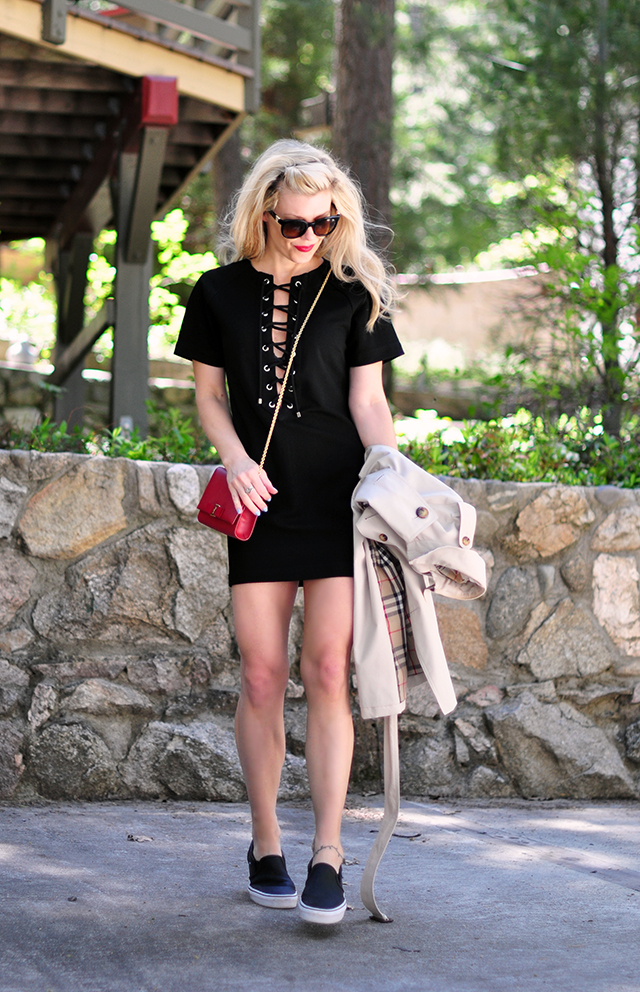 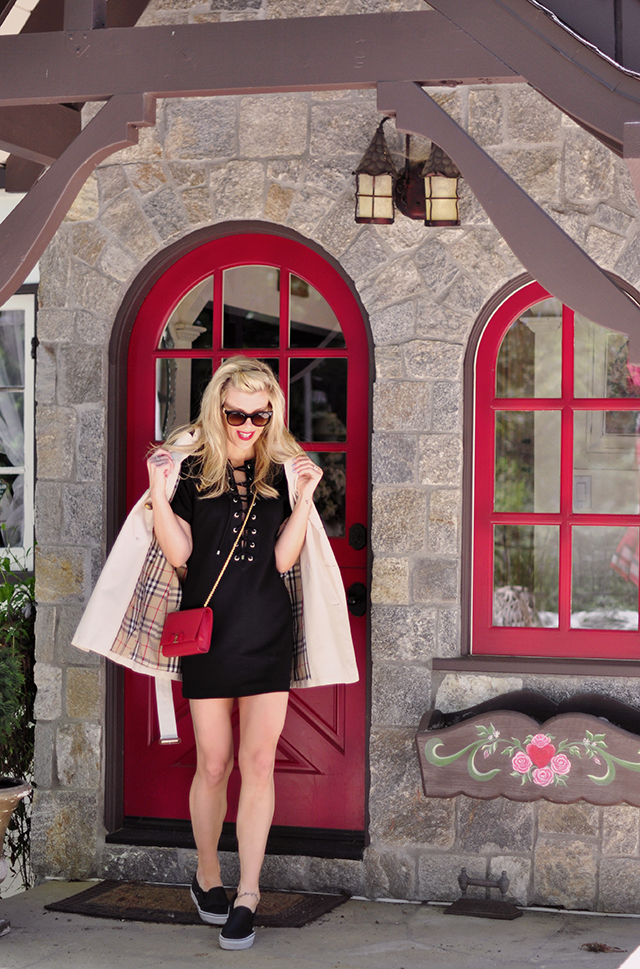 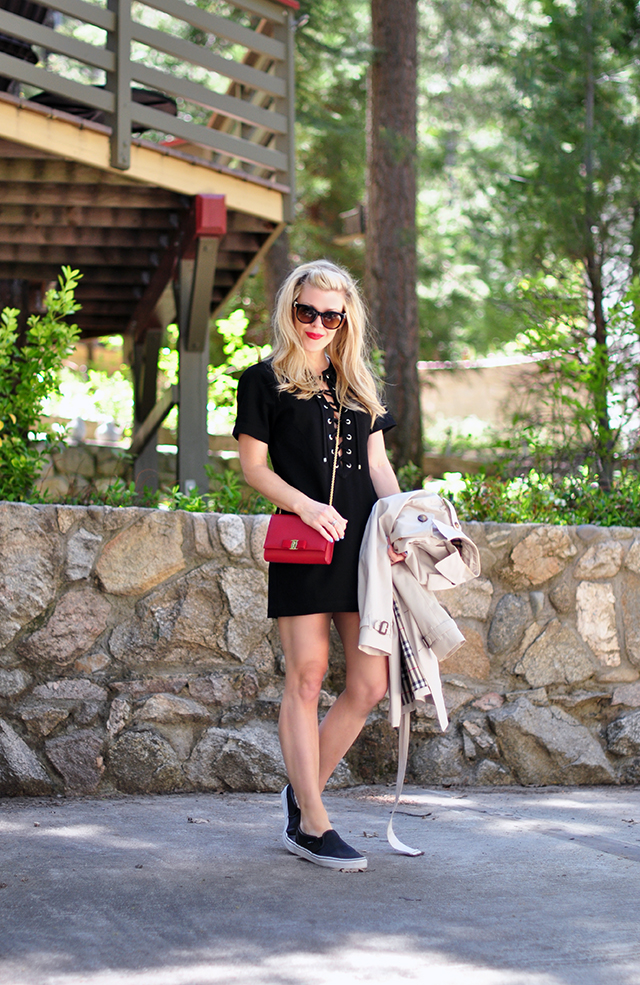 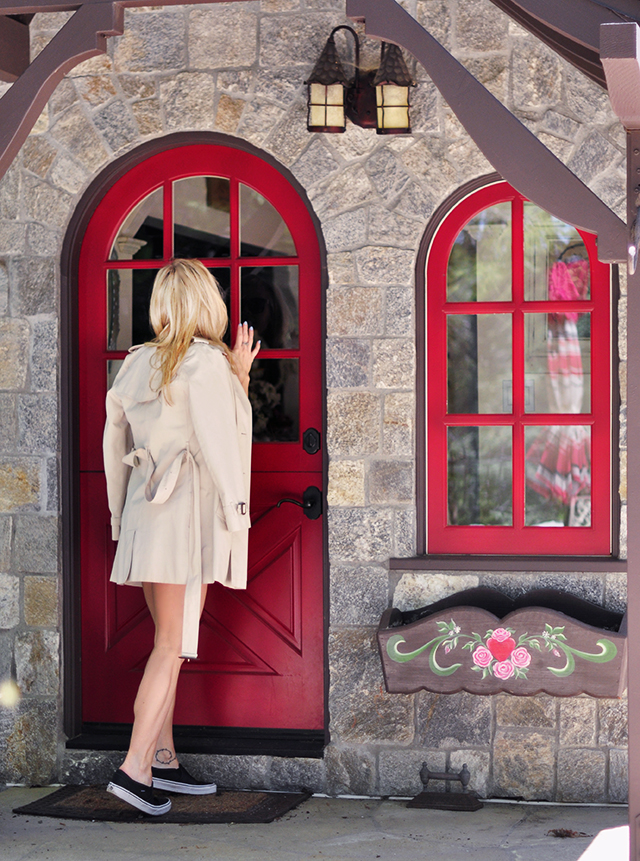 In 2006, when shopping for my wedding shoes, I bought a pair of to die for leopard print calf-hair Gucci loafers thinking I could…