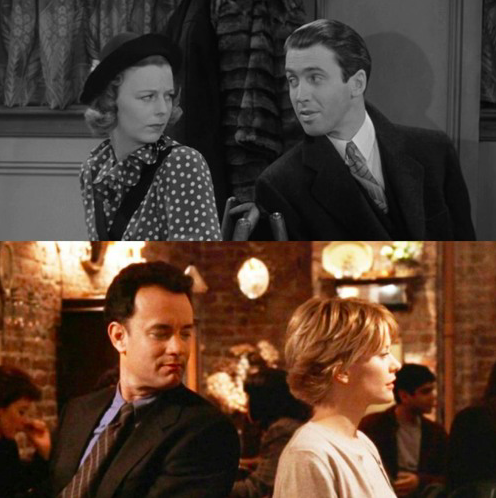 A few nights ago while I was flipping through one of my TV apps, an old black and white movie called The Shop Around the Corner made way back in 1940 popped up and I scrolled past it without thinking. Moments later it occurred to me that The Shop Around the Corner was the name of the quaint little New York bookshop the character Kathleen Kelly, played by Meg Ryan, owned in the movie You’ve Got Mail (1998), (co)written and directed by Nora Ephron.

Now, I suppose I must admit that even though the movie has slightly altered values laden with deceit, I actually love You’ve Got Mail and have seen it a billion times. It’s one of those movies I can watch over and over again and put on to fall asleep, which yes, is not the healthiest sleep habit one can have, but my mind goes wild as soon as the lights go out, so it’s better than getting zero sleep…

When I thought about The Shop Around the Corner and You’ve Got Mail popped into mind, the correlation seemed too obvious to be a coincidence so I quickly googled to see if it was a remake of the original and found that it was indeed inspired by it, and considered a remake.

Now, this might be old news to you but I had no idea this movie was a remake. In fact the thought of the brilliant writing genius Nora Ephron doing something that wasn’t 100% original was not even an idea that would have resonated with my mind seamlessly. I would have denied this fact until well, the other day when I learned the truth. And even though she has been known to quote her mother by saying “Everything is copy“ meaning, use anything as material, even the mundane events of our human existence as writing inspiration, all writers and artists do this so I shouldn’t have been shocked, but I most certainly was.

This whole thing got me thinking about the quote by one of the all-time greatest and most influential artists of the twentieth century, Pablo Picasso…

However, and quite ironically, this isn’t Picasso’s original quote, it’s a remix of the quote by Steve Jobs, or Igor Stravinsky, which may have all originated from a much longer and more eloquent quote by T. S. Eliot… that actually began with W.H. Davenport Adams

The origins of this quote went something like this… I think:

“Immature poets imitate; mature poets steal; bad poets deface what they take, and good poets make it into something better, or at least something different. The good poet welds his theft into a whole of feeling which is unique, utterly different than that from which it is torn.”

This video (below) The Creativity Delusion: Geniuses Steal goes into depth if you’re interested…

In school we’re taught that plagiarism is downright wrong, illegal theft actually… I had an English teacher who would instantly fail us if he noted ANY inkling of plagiarism. It seems we sit on our high horses believing that anyone who copies is basically cheating on some level or at the very least, completely unoriginal, but artists have been copying each other for centuries and when once it was considered a compliment to copy a master, today we have little tolerance for it… when it’s blatant, that is. We tend to condemn replicas and copycats but in our modern world, we are inundated with artistic and creative inspiration at such an accelerated pace that it would be nearly impossible to create something 100% original! 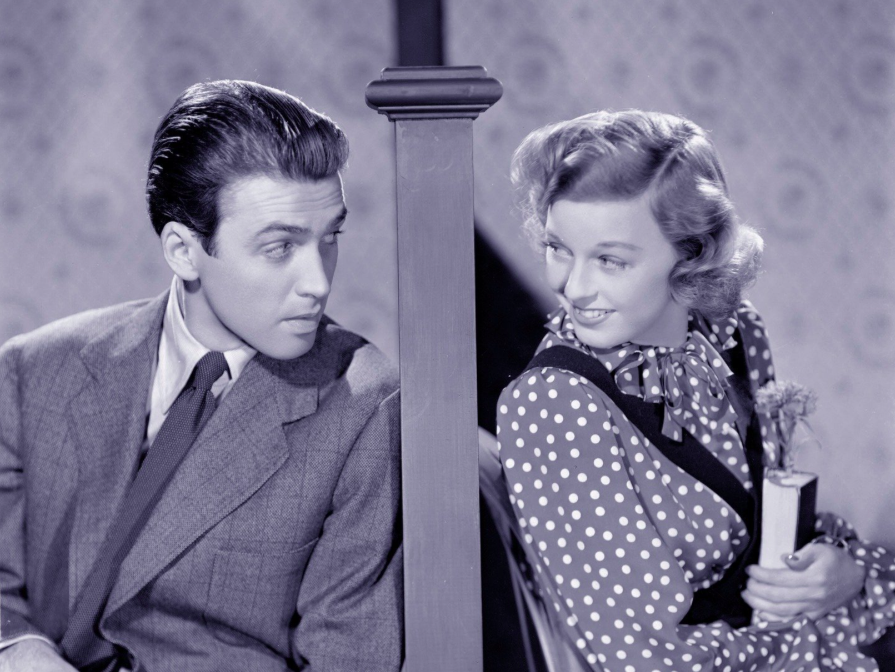 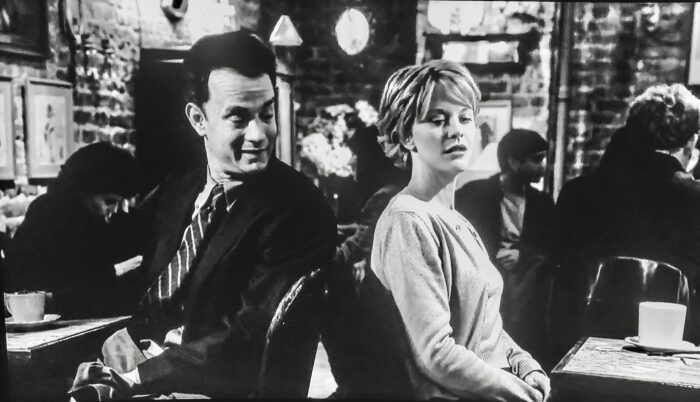 So I decided to watch the old film The Shop Around the Corner, starring Jimmy Stewart, just to compare it to You’ve Got mail, to see the similarities and differences and while the plot is completely different, there were quite a few similarities to note. It’s clear Nora was inspired by the movie and named the bookshop in You’ve Got Mail The Shop Around the Corner as a nod to the original (which was sweet and original, I thought), there were a few scenes and dialogue that she plucked right out of the original and placed in her version… word for word, shot for shot.

I just sort of sat and wondered what Nora’s creative mind was thinking when she watched the 1940 film or read the play or whatever she did to pull inspiration. Why did she choose to copy some parts of it almost exactly, and leave the rest alone? How did she write it? Where did she begin? What part of the original film sparked her creativity to decide to do a remake?

This kind of thing is all very interesting to me…

I think the way in which Nora pulled inspiration from the original film and turned it into something entirely new and totally relatable in a modern way (well, ’90s modern) is a true interpretation of the quote “Great artists steal”, by putting her own spin on it and making it her own, creating something new vs replicating a “good artist copy” which would have been a complete word for word, scene for scene replica of the original, which would have been completely and utterly boring. 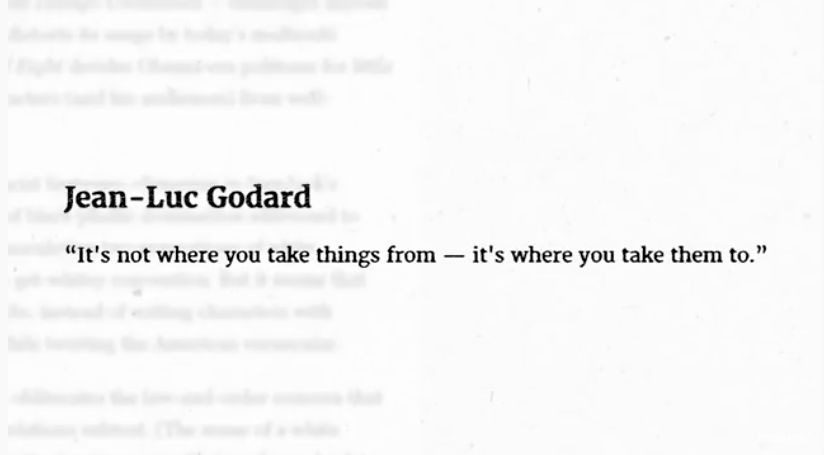 To be honest, this idea actually takes a LOT of pressure off of us as artists and creative minds because I think we waste a ton of time procrastinating and/or not getting started on things we want to do because we don’t feel like we have an original idea. If nothing is original and everything is a remix of something that came before, then we can’t possibly go wrong as long as we are creating something authentic to our own integrity and taking the bits and pieces we pull inspiration from to the next level.

I think it should be noted, just in case there is any confusion here, that I am not condemning Nora Ephron, nor have I decided she is unoriginal, in fact, quite the opposite, I think she is more brilliant now than ever and admire her even more. When I think about it, she has done this on more than one occasion. Sleepless in Seattle was inspired by An Affair to Remember and she makes no qualms about mentioning the film and certain scenes within it on numerous occasions in the movie. If nothing else, this has all reminded me just how much people find comfort in seeing and hearing things they’ve already seen or heard in the past.

A sense of nostalgia is always romanticized making even the most unoriginal idea, quite possibly the best idea yet. 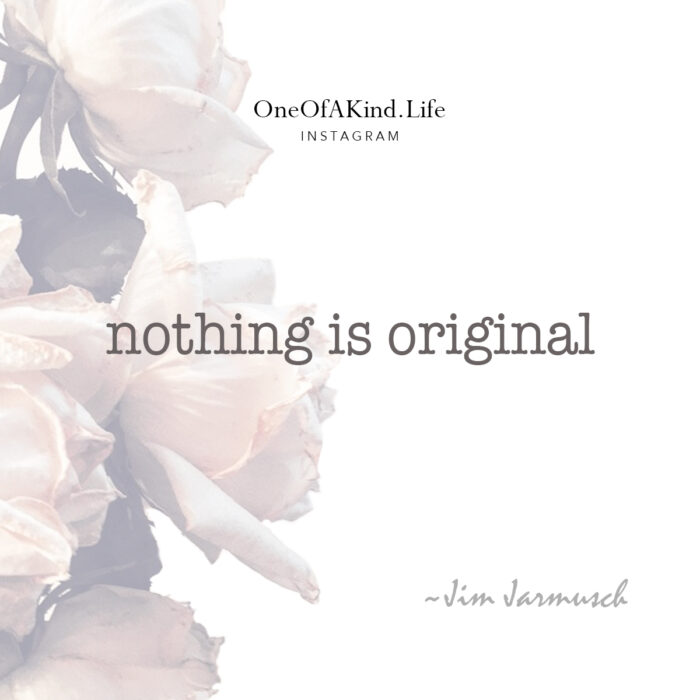 “Nothing is original. Steal from anywhere that resonates with inspiration or fuels your imagination. Devour old films, new films, music, books, paintings, photographs, poems, dreams, random conversations, architecture, bridges, street signs, trees, clouds, bodies of water, light and shadows. Select only things to steal from that speak directly to your soul. If you do this, your work (and theft) will be authentic. Authenticity is invaluable; originality is non-existent. And don’t bother concealing your thievery – celebrate it if you feel like it. In any case, always remember what Jean-Luc Godard said: “It’s not where you take things from – it’s where you take them to.” ~ Jim Jarmusch

Sources: The Shop Around the Corner /You’ve Got Mail / Great Artists Steal – What this really means… and others linked within

No You Don’t Have to Keep It Under Lock & Key

What I’m Wearing… * MAJOR push-up bra with strappy bodysuit layered over ~ BOTH by Adore.me {pst… I cut the underwear off the strappy…