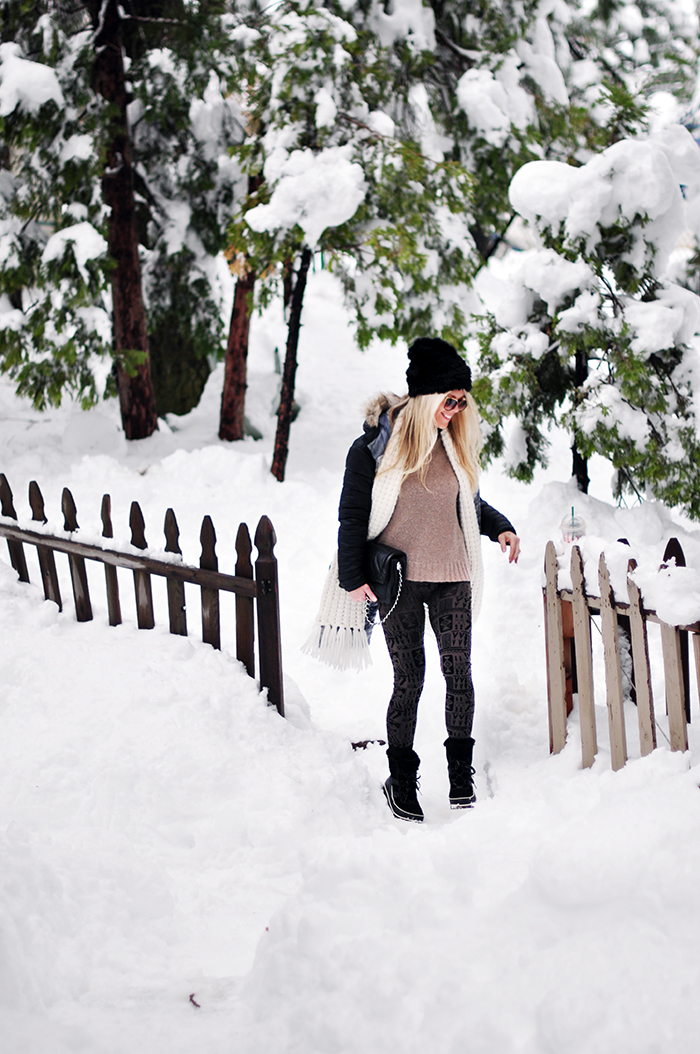 * Puffer jacket (from a few years ago) it’s reversible but I never wear it on the grey side.
* Printed fleece leggings I found in a local shop a few years ago
* Old cashmere sweater from Jigsaw London I wear so often it’s pilled and a mess, but I still love it. See it here with the same scarf and flared pants
* Furry black beanie – ancient
* Barton Perreira sunglasses
* Ivory chunky knit scarf is old also
* The Marc Jacobs pillow bag – New and LOVE! It looks shiny like patent leather on the site, but it’s not in person. WAIT. There are two now… ThIS BAG is the one I have
* Sorel Snow Boots (from a few seasons ago) and love! I love that I can slip them on and tie them up super quickly versus the taller ones that take five hundred years to lace up. I think these sorel boots are the closest style to mine.

* Title: Maggie Rogers ~ Leave the Light On …Crying in the bathroom… Had to figure it out… With everyone around me saying… “You must be so happy now” 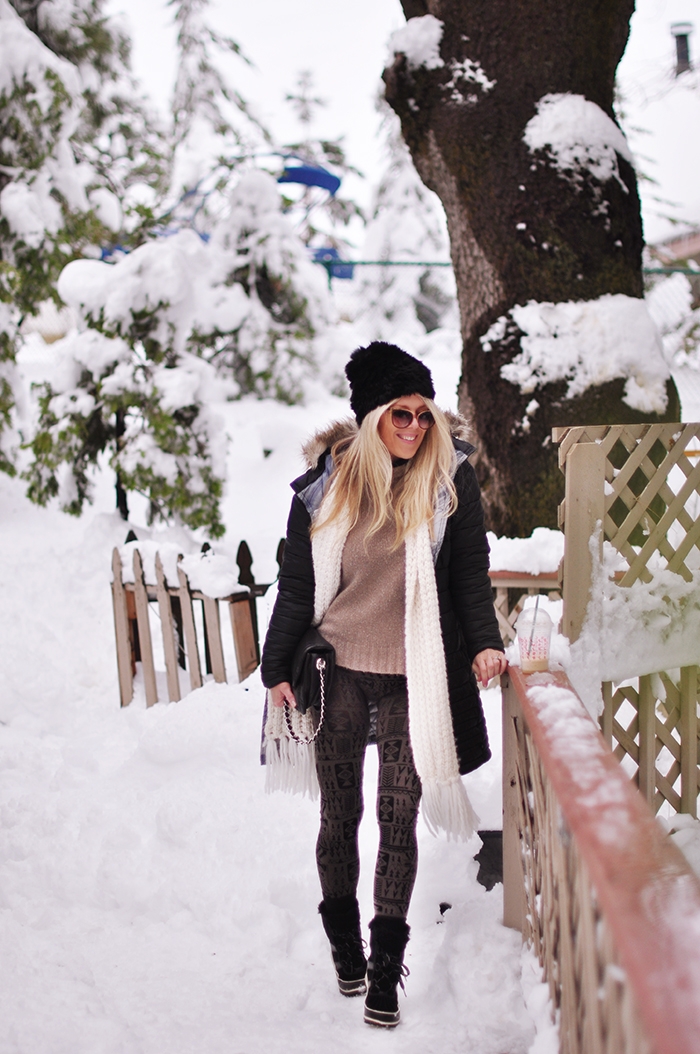 This is actually a pretty boring outfit, I must admit, and I’m not sure why I’m even including so many photos BUT it’s also a go-to snow outfit that pretty much everyone can get on board with, am I right?

I also have to admit that I hate wearing jeans in the snow because they’re not warm enough alone and I REALLY hate wearing leggings or tights UNDER jeans because the feeling makes me want to rip my pants off immediately, so I usually opt for leggings and these are fleece leggings, though not entirely that much warmer than regular yoga pants, but slightly -and the design makes them a little cuter -but also a little like I’m wearing pajamas. So there’s that…

But it doesn’t really matter, once it snows and everyone is in the midst of power outages and trying to stay dry and warm, you could literally go out in your pajamas and snow boots and throw on a zipped up puffer over the whole thing and no-one would even notice… and furthermore, no one cares lol. And even furthermore than that, I often do go out in full pajamas or sweats all zipped up in this exact jacket. So there’s that too.

This snowstorm has probably been the most intense I’ve seen since I’ve lived up here in the mountains, especially in such a short amount of time and so early in the season. Trees are knocked down everywhere and everyone’s power has been out for 12hours to a week. Luckily only half of our power was out for 24hours and just yesterday Edison came out and fixed our line and now we have full power again and all is well in the world. It’s funny how much we take for granted power and heat in the midst of a snowstorm until we don’t have it and have to sleep on the floor by the fire to stay warm and there are only 3 logs left but luckily your friends gave you a bushel more so you’re good until morning… Would you use the word bushel for logs? Probably not. But I don’t know the technical term and I don’t feel like looking it up either 😉

The snow is magical and makes everything beautiful, especially the day after the storm when the sky is blue and the sun is shining and the snow has blanketed the entire land and is glistening all around you… and you don’t have to dodge icicles or shovel your driveway 300 times just to leave the house. It’s a dream and a total nightmare at the same time. But location is proving to be a big part of it, and this location is far more challenging than my last. It’s something to consider in the future when its time to buy again, for sure.

But it’s the beginning of the winter season and hopefully that was the worst of it… probably not though, but at least we know what we’re in for I guess. Many people had it way worse, so there is a lot of gratitude floating around, but all I know is that I am certainly looking for life to get easier in 2020 and leave all this chaos (life, business, weather, etc.) behind in 2019. Can I get an AMEN!?!? 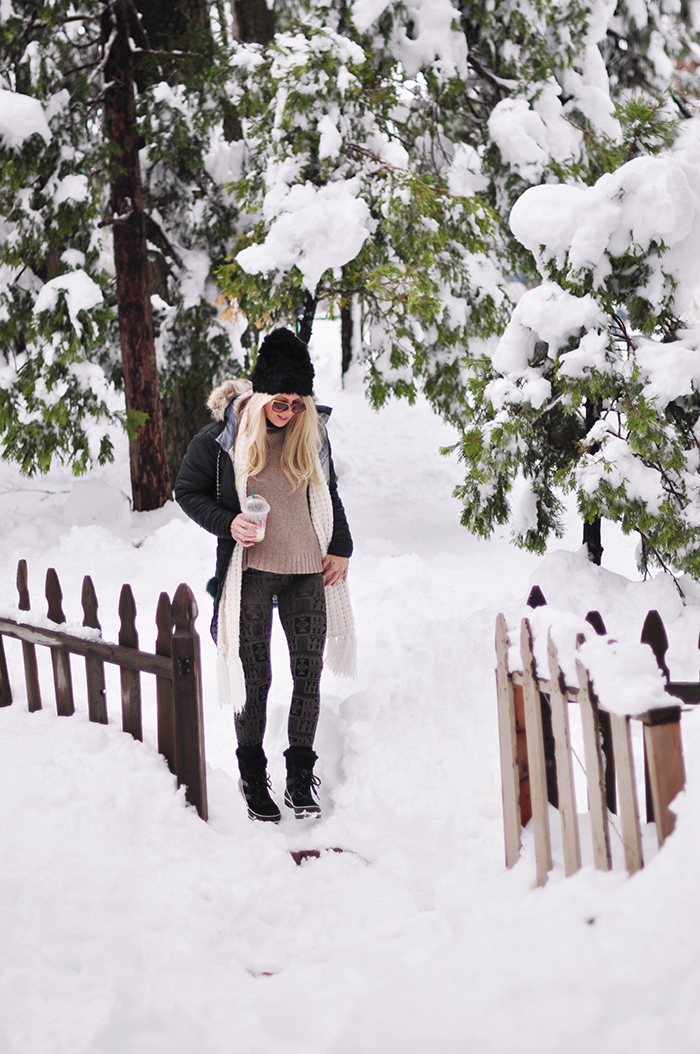 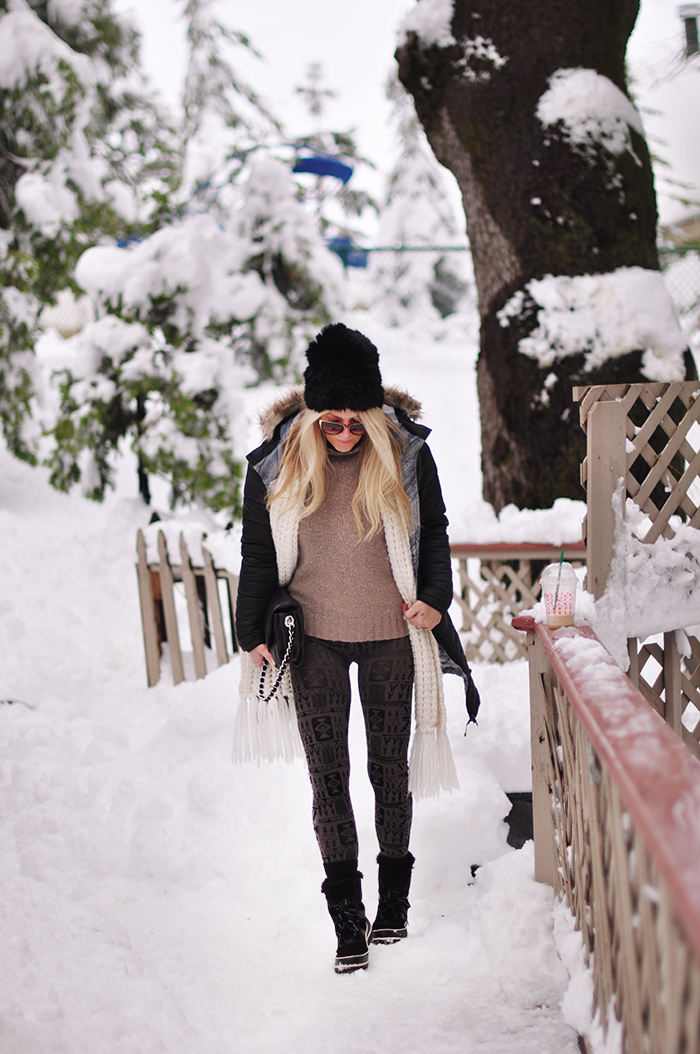 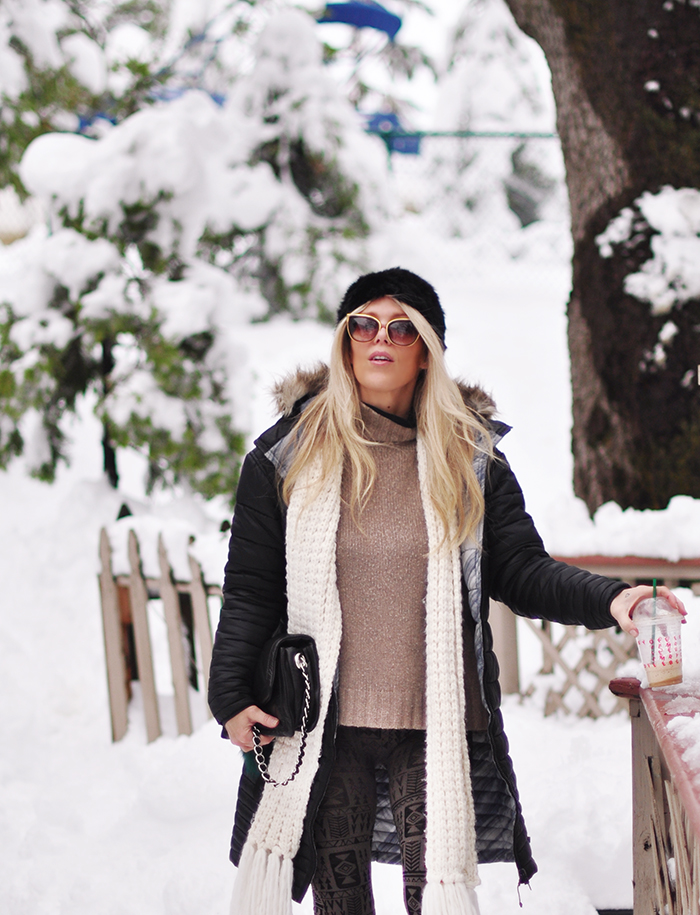 On this day the only working outlet was in the kitchen and so I blew my hair dry and curled it in the kitchen using the microwave reflection as a mirror. You do what you have to do. 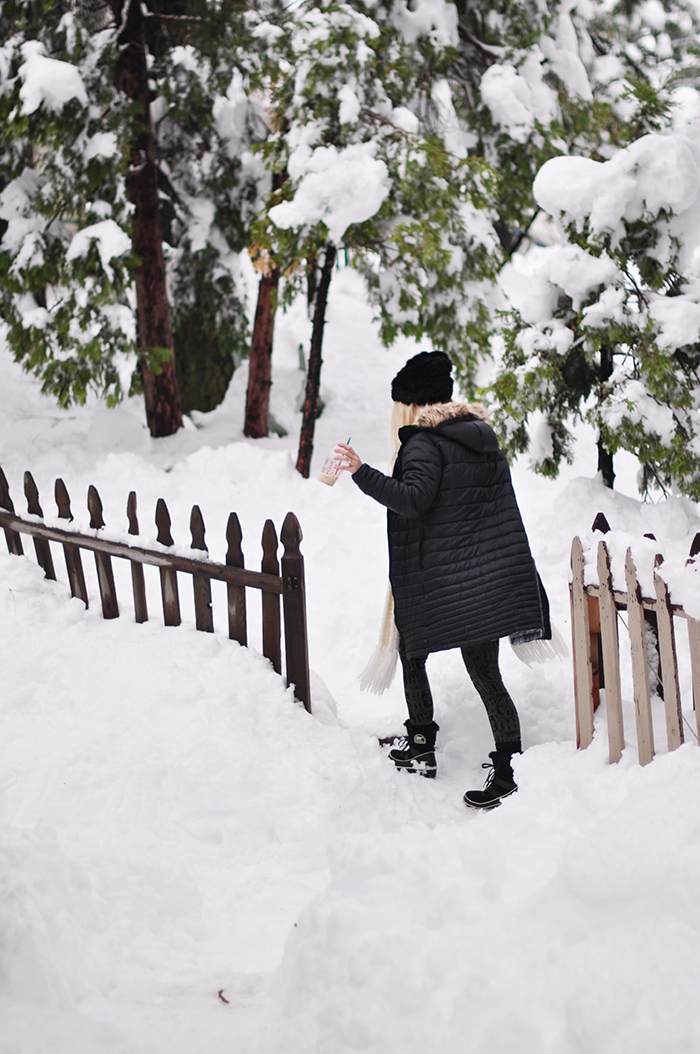 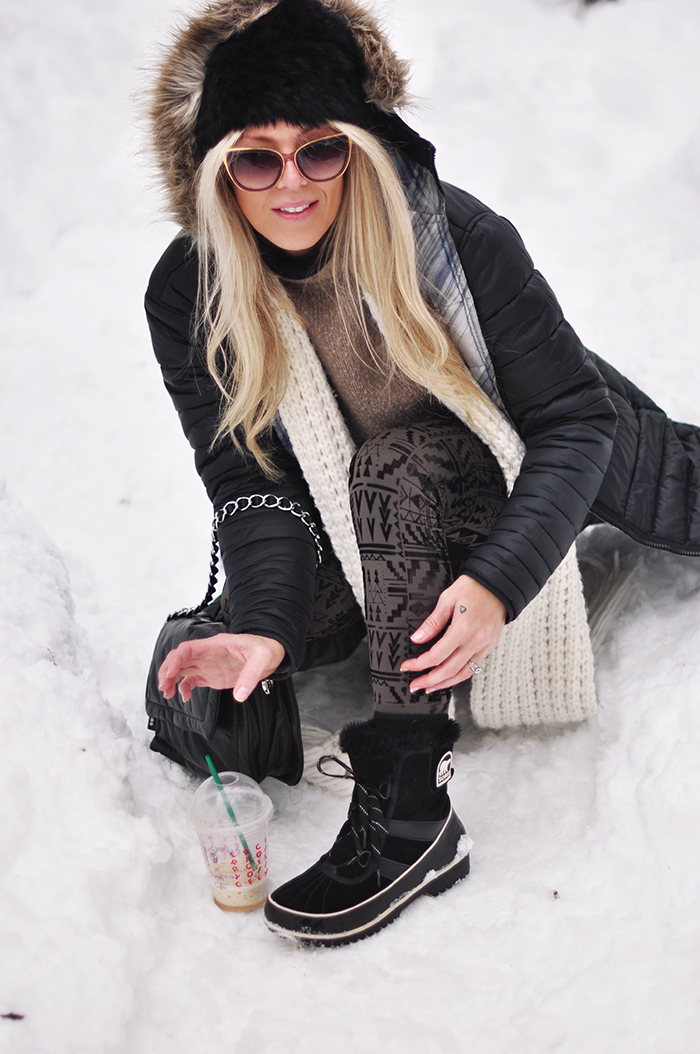 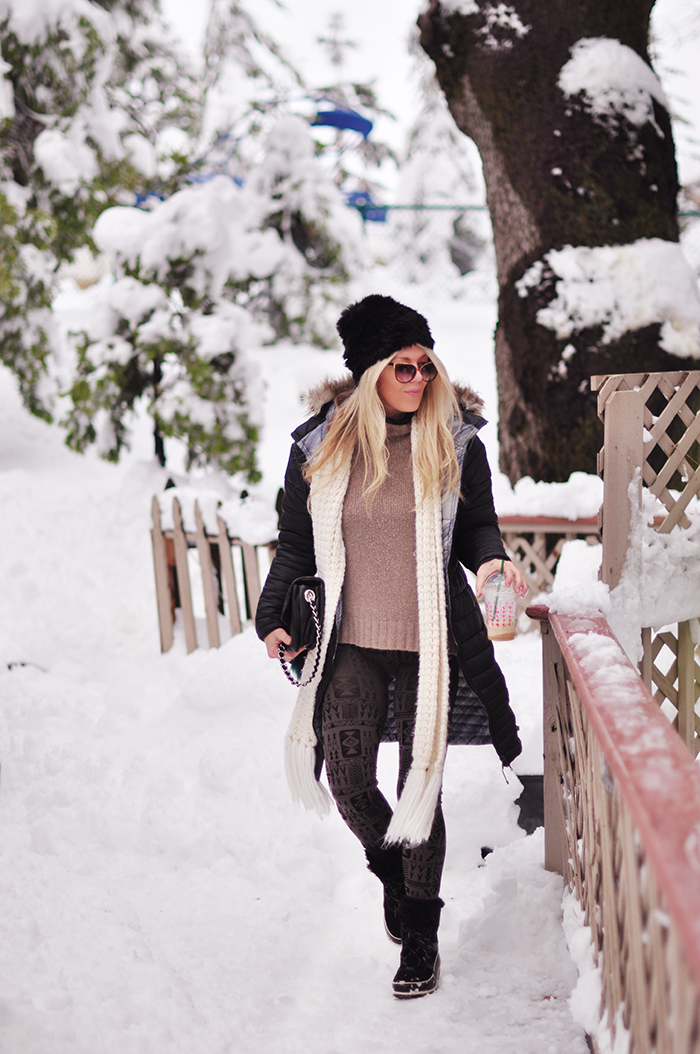 Since I’ve been drawing again, my interest in art and artists has also bloomed again. Not that it had ever subsided really, but after…