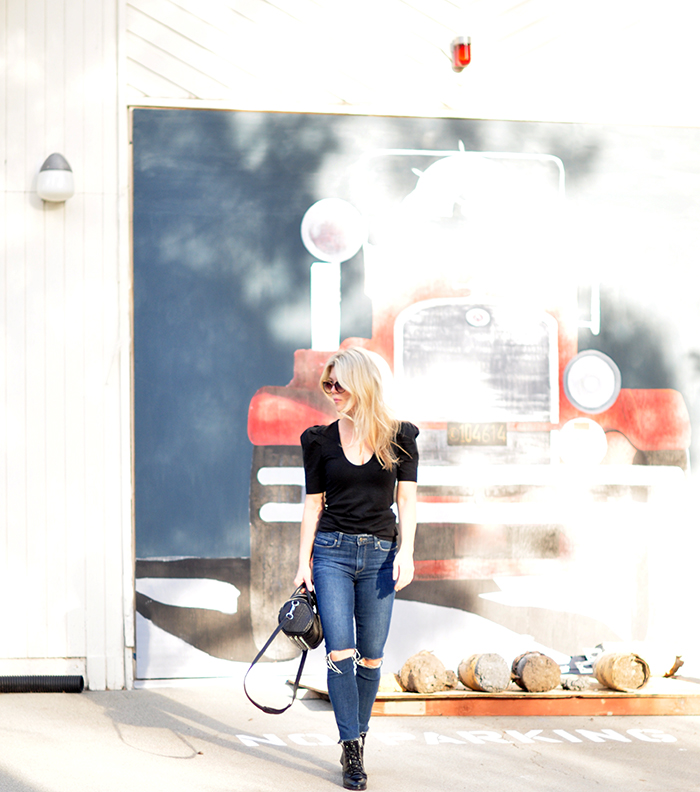 * FRAME Le High Skinny Jeans (last seen here)
* Free People Ellery tee (love) – I bought it a few months ago but haven’t gotten to wear it til now because it’s been too cold but I love it! I hope they restock and release more colors. It’s thick fabric and can be worn tucked in or left out.
* Alexander Wang mini rockie bag
* Lace up boots
* Barton Perreira Winette sunglasses (on sale!)

* Title: Halsey – Alone ft. Big Sean, Stefflon Don … I’m obsessed with this song right now. I know you’re dying to meet me… But I can just tell you this… Baby, as soon as you meet me… You’ll wish that you never did

I’ve been fighting a cold all week and it’s been making working on anything at all difficult AF, as you can imagine. My brain isn’t working right and I have this ridiculous fear that unless I stay in bed and sleep, that I will just get worse and worse, and of course, end up dead, or WORSE, in the hospital 😉

Yes, that’s how my brain works.

But it’s just a cold and maybe part of it is allergies (or at least that’s what I’m telling myself so I don’t go into full panic about being sick) because it’s not so much about being sick per se, it’s about not being able to get anything done at all… and right now, I have a LOT to do. In fact, it’s overwhelming and I need help, but help is hard to ask for and in completely healthy circumstances, I can handle it all. (but I hate feeling like I can’t)

Honestly, the thing that is weighing on me the most heavily right now is having to sell my house. And it’s because my ex wants half the money from the sale, but I’m supposed to be grateful that he’s given me time to get Dogwood Open before pushing the issue. But now that we’re open, I have even more to do and even less time on my hands, which I didn’t account for actually. I wasn’t quite ready for the insane workload of being there every day working/waiting tables (which is fun, don’t get me wrong, but it’s more than 50 hours a week right now) and I don’t have time to do all the things it takes to get my house listed and I don’t have time to leave my house with my dogs during the days so that people can come look through it. And really, I don’t want to move, especially right now because I don’t have the time (but also I love my house) and most of all, I don’t want to give him half of what I worked so damn hard for and I fear that if I do, I’m going to be bitter and hate him until the end of time. If I could buy him out, I would (for less) but all my money is tied up in Dogwood right now, so I’m a bit stuck until we can profit as a business (which could take some time).

I bought this house. I put the entire downpayment on it. I’ve paid every single mortgage payment and all the taxes and except for the air conditioning unit we added the first year & maybe the exterior paint (around 10K total), I’ve paid for every single cost, exterior plans, and additions. Not to mention the fact that I worked my ass off the entire time we lived here together while he played video games and didn’t work, while he was supposed to be working on his writing career. I got insomnia and vertigo working so hard to support us while he invited friends up every single weekend to play, I had to get all my work done and clean the house and wash all the guest room sheets as if we were a damn bed and breakfast and as many times as I asked him not to invite people up, each weekend we had more guests. I nearly lost my mind the first two years we lived up here, working so hard that I was able to pay all of the bills (minus food, and his personal bills) that I saved nearly the exact amount I had put down on the house and then more…. while he sat on his ass making me feel bad for asking him to take time out of his “busy” schedule to shoot my outfit shots for the very thing that was supporting us.

He also made me feel like I was never earning enough money or doing enough for him (in all the ways you would imagine an asshole would tell his wife she’s not being a “good wife”).

So yeah, I’m a little bit hesitant to sell this house that I worked so hard for just to give him half…

AND… it’s not like I’ll have any help from him either. He left all his shit behind for me to deal with and wants me to ready the house and put it on the market while AGAIN he sits back and does nothing but collect on it? No.

I’ve tried really hard to stay positive throughout the divorce and not throw him under the bus (believe me, I’ve shared very little about what really happened as to stay gracious throughout), but at this point, I just cannot fathom why he thinks it’s okay to take what I’ve worked so hard for so that he and his new girlfriend can live happily ever after on it and literally leave me homeless right now. I don’t think so.

He can suck it. 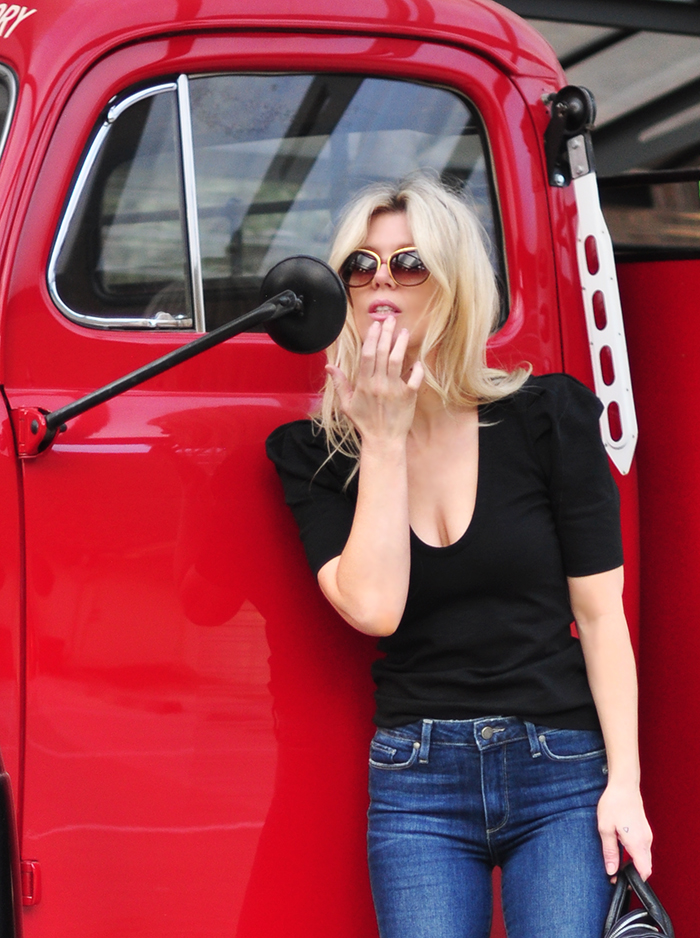 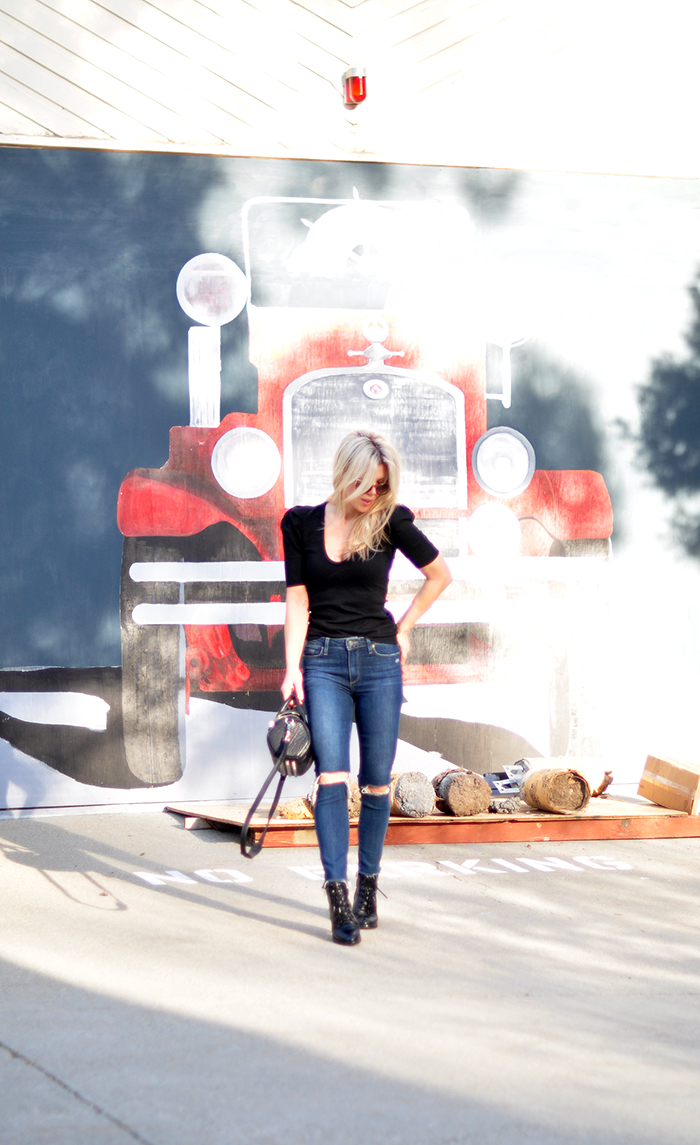 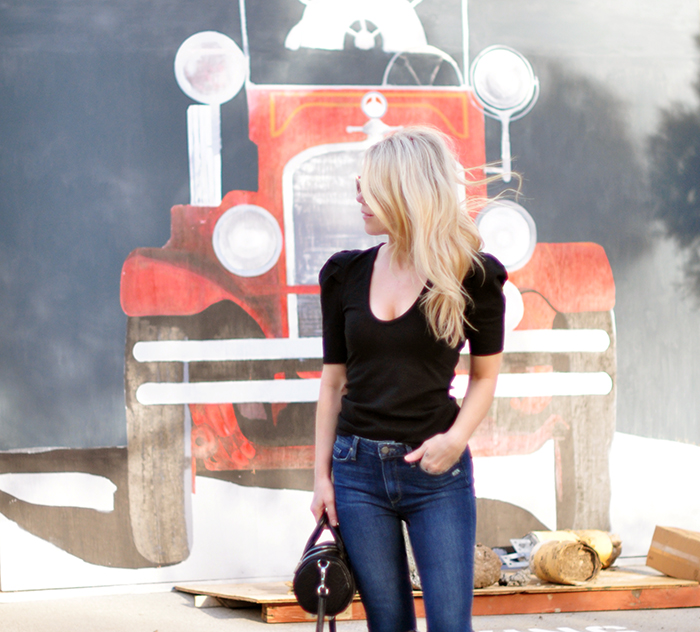 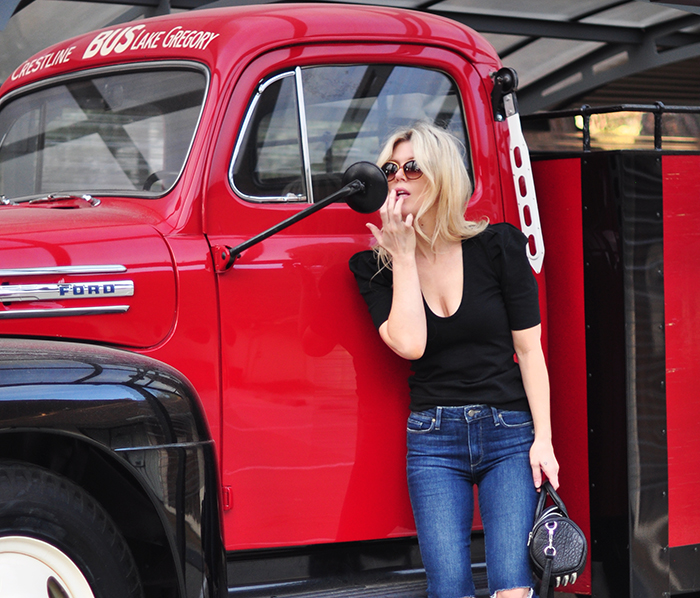 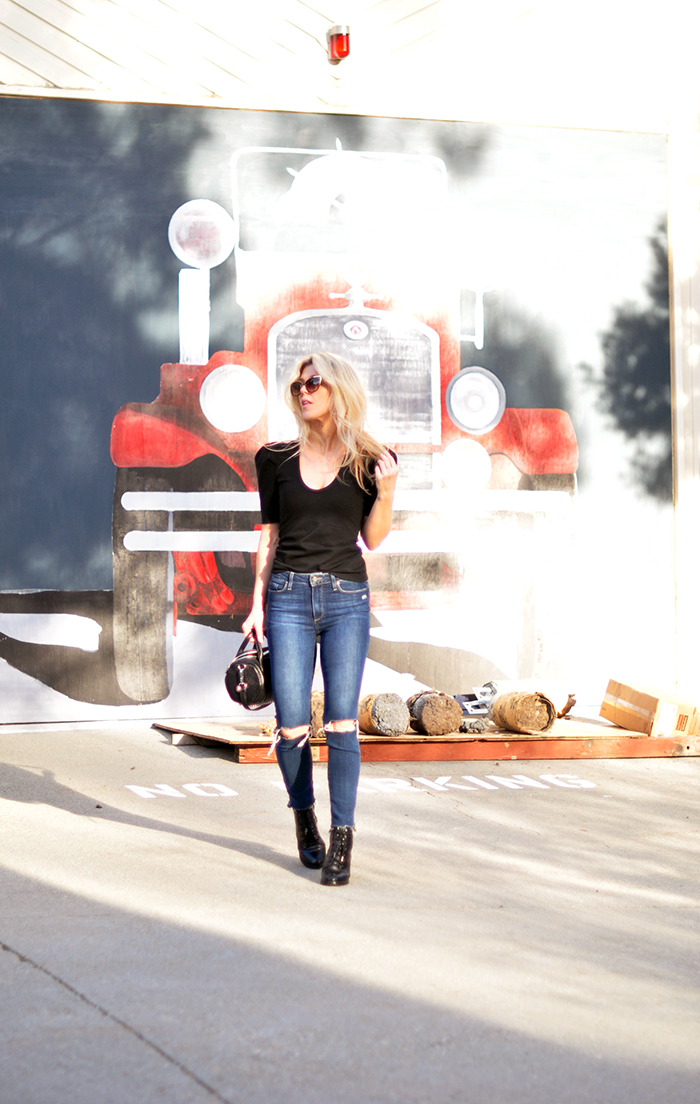 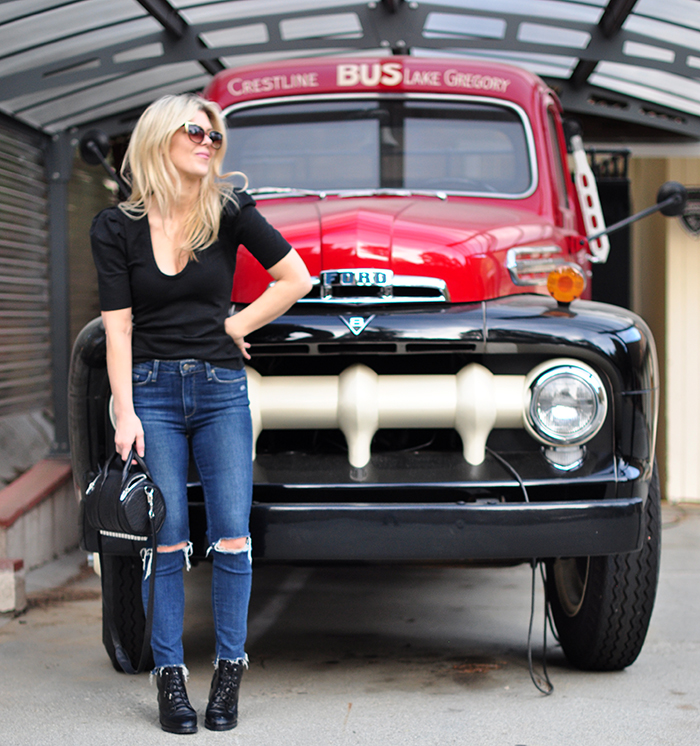 This is a seriously goofy and unflattering pose BUT I love this vintage fire engine!

admittedly making a dumb face here, but it was one of the only shots of the entire group where my hair looked nice, lol….