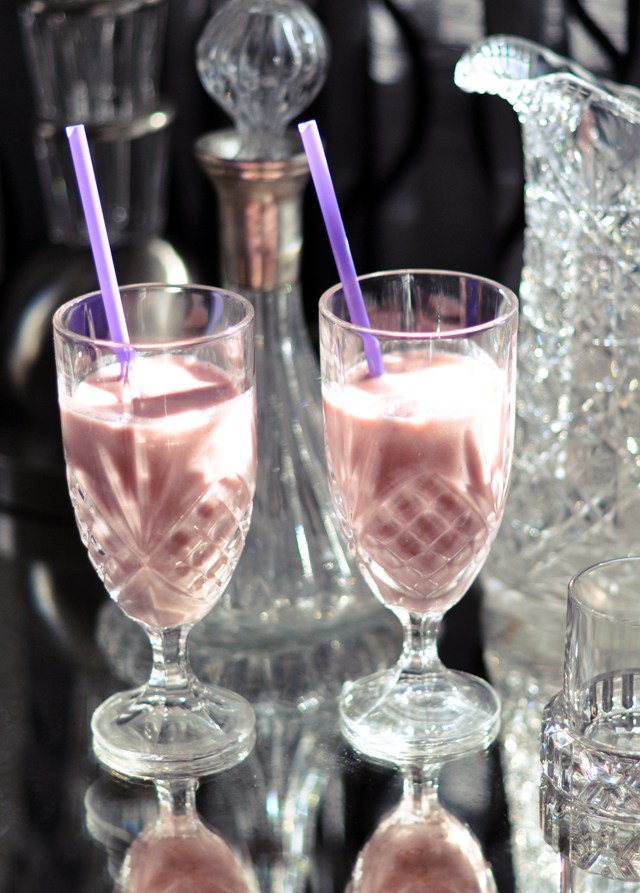 Of all the creative outlets I prefer, cooking, baking, really anything involved in making things with food, are not high on my list. My thoughts originally on the subject were as follows: Once I have kids, I’ll start cooking. And now, still childless, my thoughts on the subject are as follows: The only way I’ll cook is if I start a food blog.

Though I am cooking all of LeRoy’s meals now out of necessity, I am not interested in actually cooking anything else in my kitchen. Occasionally, maybe once every 2 weeks or so, I do, but mostly, we eat out or order in. If you’ll notice, the few recipes I have blogged about do not involve actual “cooking”. {See my Easy & Healthy Summer Snacks, my Yogurt Pie, and my Peanut Butter Squares and now I can add this one to the list}

When I saw this photo on Pinterest, 10 weeks ago now, with the description “OATMEAL SMOOTHIE”, I was intrigued.

Oatmeal in a smoothie? I had to try it. But I had to get a blender first. 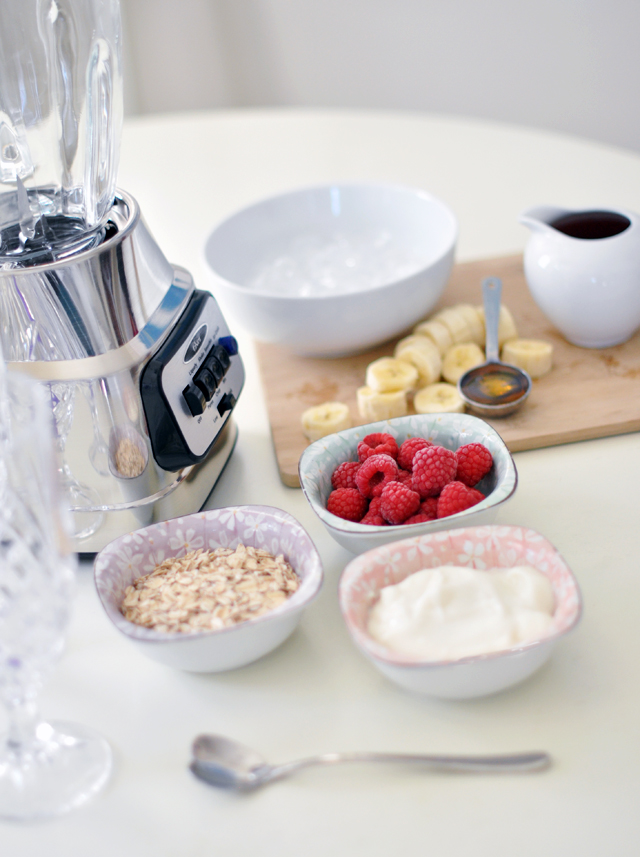 * 1 cup ice
* 1/2 cup frozen raspberries I actually bought fresh raspberries, then put them in the freezer, not realizing I could just buy a bag of frozen raspberries. Yeah.
* 1/2 cup plain lowfat yogurt blech
* 1 banana
* 1/2 cup old-fashioned rolled oats
* 1 tablespoon honey
* 1 cup coconut water (or other liquid, such as juice) I used cran-raspberry juice because that’s all I had. Though I know the point of this smoothie was no added sugar, it wasn’t my goal. Also note: I used the entire cup as stated in the ingredients, then watched the little video which used much less. 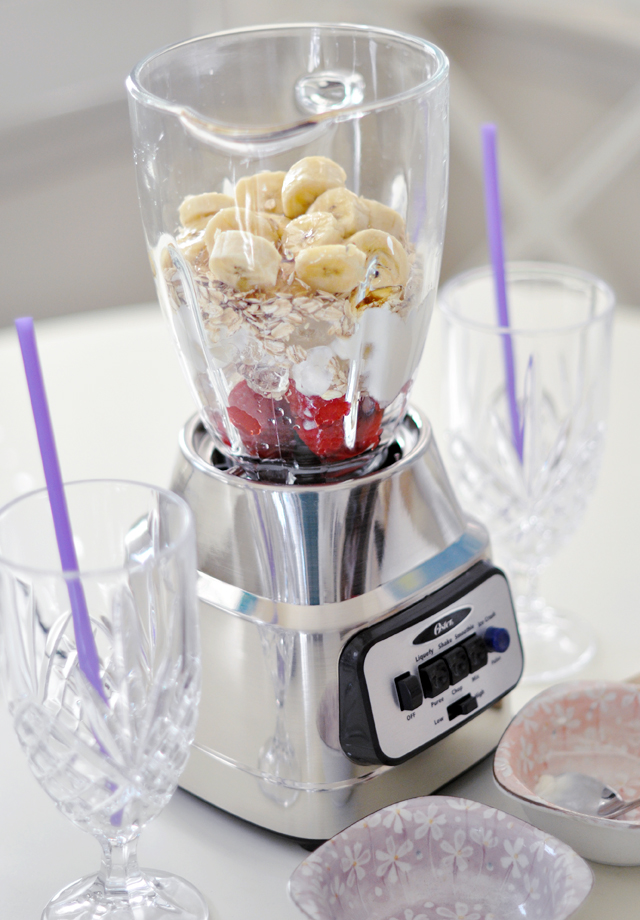 I was color coordinating food. Should I have put the bananas at the bottom instead or does it matter?

Directions: Place ice and raspberries in the bottom of blender, and all other ingredients on top. Whir until completely smooth. Serve. 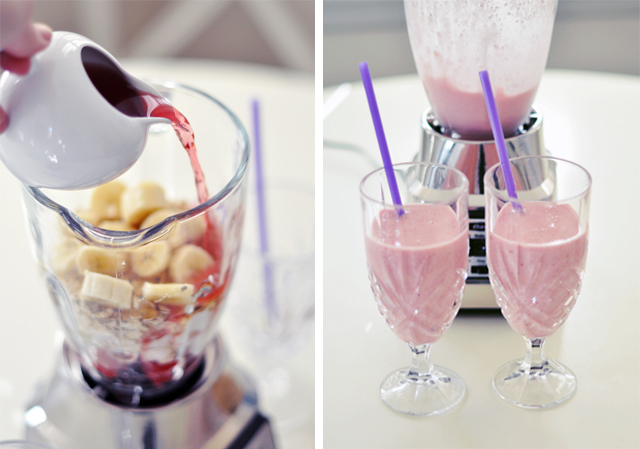 Other than the fact that I can’t stand seeds from fruit in my mouth and the fact that the oats sort of added to the seed factor, making it feel like I had sand stuck in my teeth, the smoothie was good. The husband said it tasted like a Jamba Juice, which sounds like a win to me and my mom loved it.

So aside from having to clean the blender out and feeling like I’m swallowing a mouthful of sand, I’d probably make this again using about a half a cup of juice and maybe adding a little more honey {or even sugar ;} to the mix. It would actually be a great breakfast alternative to my Coffee Bean Ice Blended Mochas.

I mentioned it being fun to serve at Easter and my mom quickly added… With a little bit of alcohol in it. Which yeah, would really make the seeds more bearable. 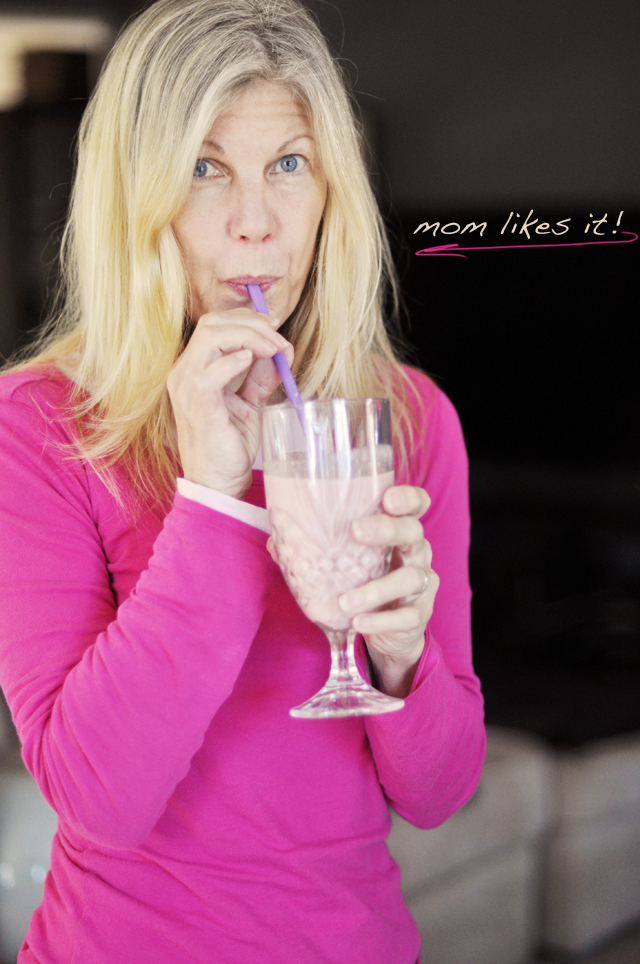