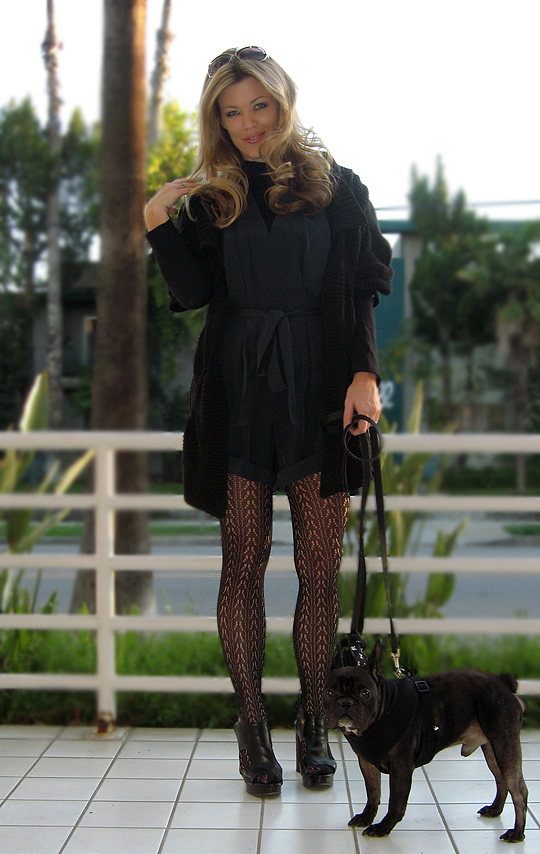 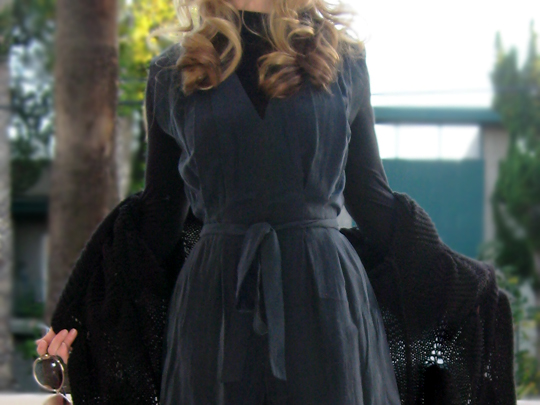 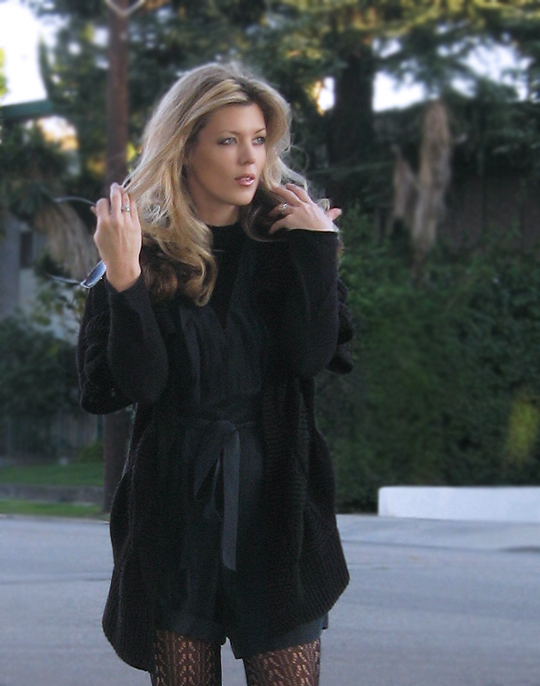 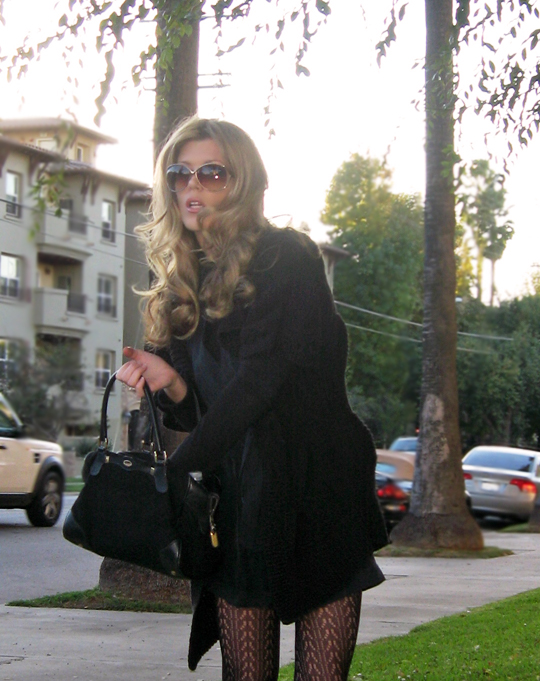 What I’m Wearing
* Helmut Lang navy washed silk romper {bloomingdales.com} …last seen here, which I thought would be my last until next summer …but it was actually Hanako’s comment on that post, that made me rethink it. Thanks lady!
* Black thin jersey turtleneck underneath …nordstrom.com …tag says Soprano …this is a great basic.
* Black knit tights …Jockey {old} …seen here …and ridiculously challenging getting the pattern straight on both legs. ..one works, the other …grrrr.
* Victoria’s Secret over sized knit short sleeve cardigan. …last seen here with the shoes
* Pour la Victoire platform pumps …last seen here
* Tom Ford “Yvette” sunglasses
* Vintage Gucci satchel 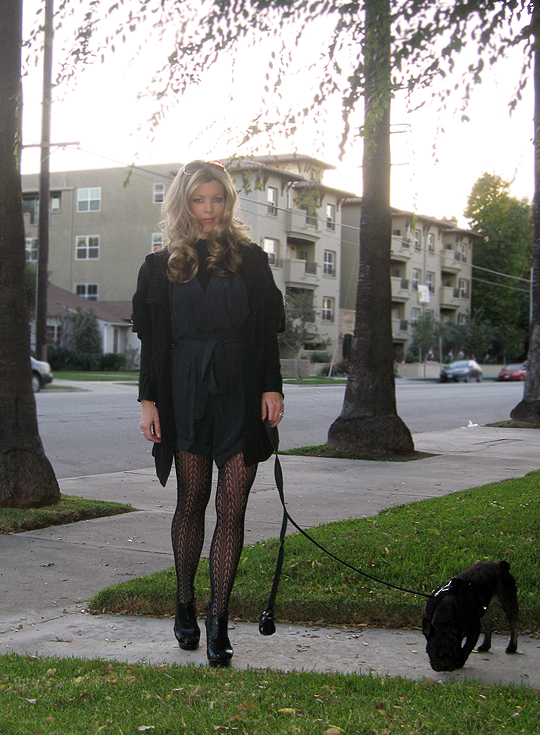 Unfortunately, {and maybe fortunately} I had to use two different locations here as a guy in a Mercedes would not stop watching me while I was under that amazing tree with the sun behind me. I must sound like an asshole complaining about people watching me …but it’s always that smarmy guy, lookin’ over his sunglasses, eyeballing me up and down. It’s not polite. It’s rude. And once they see I’m annoyed they smile and stay even longer …like the guy in traffic who’s in the wrong and you honk at and then they just stop in the middle of the road holding up everyone.

Many other people {including a man with a parrot on his shoulder in this instance} pass me and either say nothing, ask if I need help taking a photo or smile and we exchange “hellos”. But it’s the disgusting guido pervs that I finally end up WAVING to pass and yelling GOOOOOOOOOOO. Which, of course, doesn’t work. The only thing that works is leaving the scene. So I did.

Doesn’t this just look like the cutest house you’d see in a movie? Maybe it’s the bright photo and the cute hedge lined with…