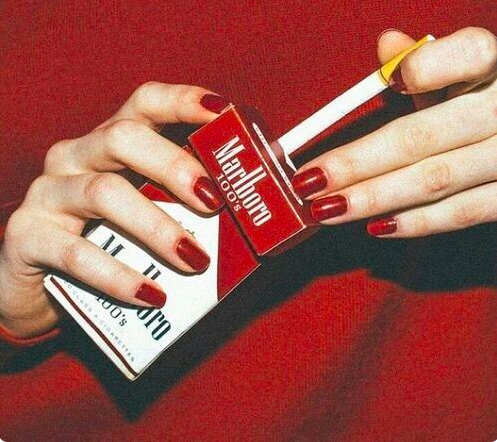 I quit smoking a week ago yesterday, after six months of smoking, after not smoking for just over ten years.

I love smoking. I love it for a lot of reasons. When I started right after my birthday last year, I loved it because when I felt a cigarette carefully resting between my first and middle finger as if it just belonged there, my arm relaxed by my side, I felt like me again. I felt like the actual me, like the me I was the last time I remembered who I was, which was over ten years ago… and I was looking for me.

When I quit for the first time right after I turned 30, I did it because obviously I knew it was bad for me, like we all do, but also, I knew that I would be trying to get pregnant within the coming years, and thought I’d rather quit smoking before I got pregnant than after. Except that I never got pregnant. And so it didn’t matter at all in that respect.

But it did matter by then… I had quit for enough years that even though I still longed for it, I never really never thought I’d start again because knowing just how much I loved it meant that I also knew that if I had just one, I’d be a full time smoker again. And I was right.

So about two months after my husband left, I started smoking again. It had nothing to do with him, he never cared that I smoked when I did, it had to do with boredom, loss, so much time to myself, and the desire to feel like myself again while simultaneously wanting to feel nothing at all.

And it worked. It worked so well that I didn’t even realize how well it was helping me avoid actually feeling all the overwhelming sadness and confusion I found myself swirling in. Somehow it enabled me to process the moments without collapsing into them, in a time when I wasn’t ready to cope with it all.

It’s funny that I didn’t really realize all of that until this last week, not having the cigarettes there for me to help in the avoidance or use as a crutch (and I hate that assumption, but I found it to be true this time).

I didn’t quit now for those reasons though, because I honestly wasn’t even consciously aware of them. I quit because with every puff, I felt my health worsening and that somehow I was a day away from getting lung cancer. I didn’t want to worry about it anymore. I quit because it wasn’t me anymore… it was who I was, who I used to be, and not who I am now. I quit because it is in opposition to the way I live my life now and every healthy thing I do. I quit because every day I looked in the mirror and worried that the lines on my face were getting deeper, that my hair was dry and lackluster, that my complexion was sallow and grey, and that it was keeping me from being creative while wasting my time as well.

Who really knows if any of these worries were actually real or just imagined… I was paying far too much attention to them all and knew that I needed to quit for a multitude of reasons. Mostly, self-respect, confidence, courage, and to release myself from the fear of being without them. I didn’t know they were also helping me stay numb.

First, I tried to do it cold-turkey. To just quit, which didn’t last very long at all, so I reasoned with myself that I’d just cut back. I figured since I’d only been smoking for 6 months, I wasn’t that addicted and it would be far easier than when I had quit after smoking for over 12 years back when I was 30.

I was wrong though. It was just as difficult. So I found the book I read the first time I quit that worked and after two weeks of failed attempts, I read it in one night and quit smoking the same night. I haven’t had a cigarette since… though I have wanted about a million of them. I want one right now.

I had really “quit” when I picked up the book, but halfway through it, I started craving a smoke, so I figured since the book advises to continue smoking until you finish reading, I thought one more wouldn’t hurt. Except that smoking it made me so mad at myself, that once I finished smoking it, I grabbed the unfinished pack that I was going to give to one of my friends the following day, angrily opened the back door, stormed out, and as hard as I could, threw my pack of cigarettes out as far into the snow as I could. They’re still out there somewhere. I’ll probably giggle when in spring I’ve forgotten about them and I find them once the snow all melts.

That was last Thursday evening. A week ago. And I worried going into the weekend would be difficult to stay committed to my quitting, because drinks with friends and smoking with friends are all the fun parts about smoking. But it was surprisingly easy actually. I had resolved to quit, I read the book, I threw my cigarettes angrily into the snow and I didn’t look back. In fact, each time I had a little moment where I thought Man, I’d love to smoke right now, a moment later I’d smile to myself knowing I didn’t need them. Quitting made me feel strong again and in control… which I found odd because starting smoking was a grasp at control in the first place.

It wasn’t until the week actually started that all the feels started too. I’ve cried every day. I’ve gotten angry and screamed every day. One day I got so angry I went straight upstairs to my ex-husband’s office, (where I’ve been just stacking his belongings in – that he’ll never come back for because he doesn’t want any actual “thing” but he does want half of my house that I paid entirely for) – and I picked up all the closest items and started throwing them at all his other shit and knocking pictures I framed for him off the walls, and throwing more shit and screaming and crying until I realized that as much as I am dealing with quitting smoking, what I’m actually dealing with is my divorce. I’m dealing with all the feels that were far too heavy to handle six months ago when I just wanted to have a damn fun summer and look at my future with enthusiasm. I didn’t realize just how amazing smoking cigarettes made it for me to avoid the grief and the pain and all the emotion… I didn’t realize it until now. And it’s all so much to take, I honestly think I’m losing my mind. Or maybe I’ve just found it again, but it’s full. It’s so full, it’s bursting at the seams, and it’s a bit terrifying too.

I’ve thought about just starting smoking again because as hard as it is to quit the addiction, it’s far harder to deal with all of this horrendous emotion in this house that I am in all the live long fucking day because I work from home and it’s fucking snowing every day so it’s not exactly like I can even get out if I wanted to. And somehow, cigarettes give the illusion of curing loneliness. Whether they actually do or not is insignificant, because when you have them you actually feel less alone than when you don’t, and when you’re alone so much, it’s a welcome stranger.

But then what? Then I push it down even further and never deal with it? How do I evolve and move past it if I don’t feel it and go through it?

Do I want to smoke again? Yes, right now actually. It’s by far the easier way out, and now, a week later, I remember all the things I love about it, just like an ex-lover… but I also remember how mentally fucked I’d feel after smoking one or ten a day, and that’s no way to live either… so where’s the balance? Where do I find the peace? How long will this head trip last? How many years will I be bitter about never having children or about my failed marriage, and how long will I hate my husband, who seems to think he had nothing to do with the demise of our marriage? When is it going to stop snowing? When am I going to have to sell my house? Where am I going to live? Will I ever have actual real love in my life? Where is my new normal? 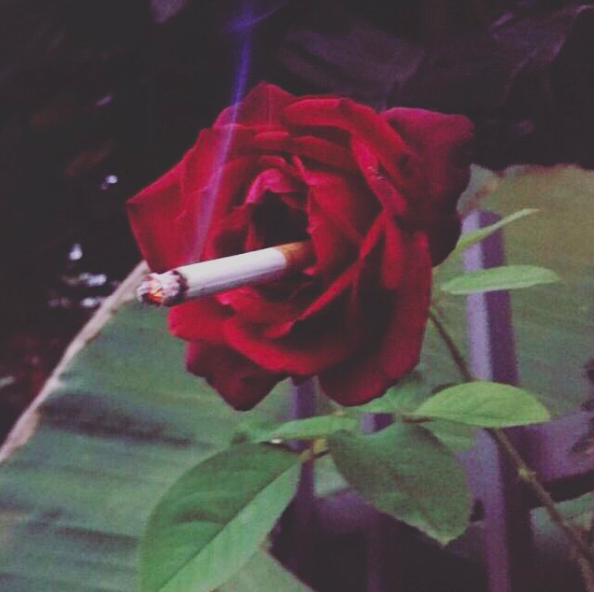