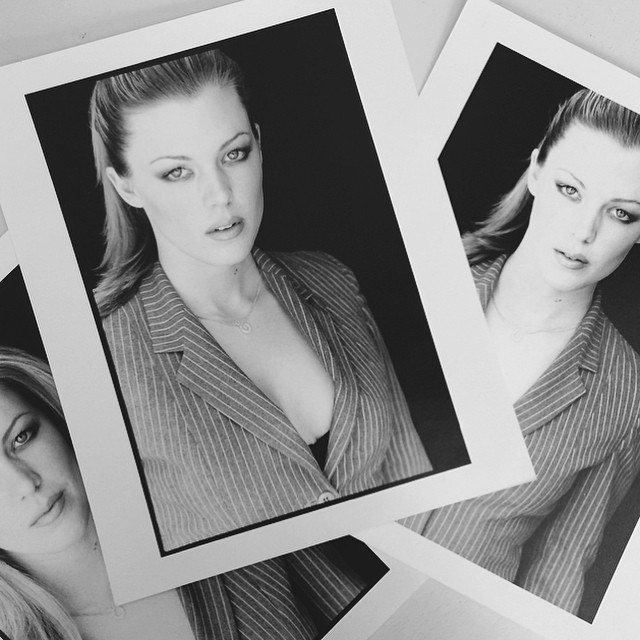 In my early twenties, I had many different jobs. Sort of like now actually; I have many jobs ~ many of the same jobs I had then, really ~ but now they all collide and combine into one job and in a totally different way that didn’t even exist then ~ this blog.

But as bold and brave as I was way back then, I was also floundering trying to figure it all out. I did always enjoy having my hand in a variety of different projects though, rather than focusing on just one, but back then I was still learning what I was good at and trying to figure out what it was that I really loved to do.

The difference now is that even though I’ve built a nice life for myself {with my husband} and created a fun career with all the jobs I cultivated into one, I’m still floundering, just in different areas, still trying to figure it all out.

And as I age, I wonder if that will ever change? And I think that the answer is probably no, it won’t, because life is ever-changing, and as soon as you get the thing that you want or achieve the goal you’ve worked so hard at, there is always another one to take its place because those things -finally completed- don’t always account for happiness. In fact, I’ve found, that the happiness and excitement is more in the dreaming, the wanting, the building, the working, the doing, and in the actual journey, and once you get that big thing, the payoff doesn’t always feel as significant as you think it’s going to after the initial “win”.

That is just a fact that you learn with age. No matter how many times you hear the saying “Enjoy the journey”, it doesn’t really make sense until you don’t.

The next step is to learn how to enjoy the journey, which is quite difficult because it isn’t ever really taught to us. However, in retrospect, I always found myself most myself when I was deeply passionate about whatever I was working on in any given moment of time.

I was a makeup artists for a few years in my twenties for a headshot photographer, named Erik Hyler, who was also my good friend. At the ripe age of 25, the age I was in the photos/headshots shown above, I had these new headshots taken because I thought I wanted to give acting one last go.

I had tried my hand at acting in my late teens, and had been strangely successful early on in commercials, but never really took it much further than that. As much as I enjoyed it, I loathed it too. I never thought I was really any good at it either, and due to the latter, I didn’t want to work hard to become good at it. I was, however, good enough to book commercials, which was okay in my book considering one day’s work equalled a year’s income {or more}, and that was what drew me to acting in the first place. It gave me the freedom to spend my days and nights exploring my infinite wonder for the world and my own place in it.

In between auditions and random acting jobs, I took classes at a junior college for fashion, design, art, acting, film, business, environmental science -everything I was interested in and nothing I wasn’t. I worked at a few different restaurants {Islands & then The Hard Rock Cafe} and then worked in a few different trendy boutiques in Hollywood {Swell on La Brea} and later in West Hollywood {Tracey Ross at Sunset Plaza} neither of which exist anymore. During this time I had thought about becoming a stylist but knew that I didn’t have it in me to do the gruntwork involved to get my foot in the door and decided against it. I took some time off to have surgery on my foot when I was about 19-20 years old in 1996-97. On my last day before a month off for recovery, one of the shop owners at the boutique I was working at, handed me a book called HTML for Dummies, and told me to learn how to code websites so I could build one for their store & business when I returned. And so I did.

In the meantime, their business went under, and I don’t think I returned after my surgery, but I did begin building websites and I used my then-boyfriend’s leather accessory company as a platform from which to create and learn. I worked late into the nights on an old and tiny Macintosh we got for free from some friends, using floppy disks, typing code and refreshing pages to see if my code worked. It was like trying to figure out a puzzle, fitting all the pieces in the right place so that it would create something visually pleasing on-screen, and I loved it. I’d work in the dark in a guest house/studio above a garage, in the hills off of Laurel Canyon, with only the computer monitor as my light, typing away while my boyfriend slept on the pull-out couch in the same room, sneaking around smoking cigarettes trying not to wake him up.

I started doing freelance graphic design work and building websites while also working with my then-boyfriend, helping him build his business from the ground up. A few times a week I’d do makeup and assist my photographer friend, Erik, learning about photography and lighting along the way. In my off-time I’d scour dirty, old thrift shops and find gems to sell on eBay for a profit and then go and buy more to sell. My largest profit was about $750 on a leather jacket I bought for about $20, had cleaned for about $20 and sold for just over $800. I had been thrifting since I was a kid, but learning about designers, clothing and construction, and what constituted vintage, decade, or era developed during this time. If you notice the blazer in the photo above is the same blazer I’m wearing in this outfit post from 2010 and that is still hanging in my closet right now. During that time I also designed a few pieces that made it into Fred Segal on Melrose for a short time.

I spent my 23rd birthday at a dank karaoke bar in Burbank called Dimples, and thought it might be fun to be the MC and so I asked the owner, Sal, how one would go about getting a job like that. He flatly said come in on Thursday and I’ll try you out. And so I did.

I began working on Thursday nights, hosting the karaoke shindig, with a microphone in one hand and a notepad in the other. Most nights I’d wear normal, trendy-type-club-attire, but sometimes I’d spend the entire day before work making an outfit or costume to wear for the night. I soon moved to Friday and Saturday nights and whilst sipping on vodka-cranberries and mingling and running the show, I’d get to sing a few tunes myself, which was, admittedly, ridiculously fun {though I’m quite sure I sounded like an arse most of the time}. However, after a while, I’d wake up the following mornings looking and feeling like a truck hit me, and with no voice from all the yelling, singing, drinking, and smoking the night before. One day the owner called me and said a woman was auditioning girls for an all-girl pop group and that I should come down and audition. And so I did.

And if you’ve been reading my blog for all the years I’ve been here, you’d know that even though I auditioned in the previous night’s makeup, with a raspy, barely-there voice, I made the cut and was indeed, 1/4 of an all-girl singing group called GODDESS. In fact, you may know all of this because I may have written it all here before and have just forgotten now that I’ve been doing it for so long… but I digress…

Whilst learning songs, practicing together, singing, harmonizing recording demos, learning choreography and mostly, meeting with lawyers about contracts, the manager of our group had a friend who needed a temporary office assistant for an art dealer, and wondered if any of us were interested. Of course, I said YES, because I obviously didn’t have enough jobs at the time, and I started working a few days a week for this art dealer in Beverly Hills, who was still running his business from his near-penthouse condo in a high rise on Wilshire blvd.

While I was there one day, probably around week two of my temporary employment, I overheard the woman with whom I worked, the same woman who was friends with the manager of my girl-group, on the phone asking if so-and-so had Photoshop skills. When she hung up, I told her that I was actually a graphic and web designer and had all the skills she had referred to a moment earlier on the phone, and could do the job AND the temporary job I was doing as well. She asked me to show her that I was capable of doing the things they were looking for and then hired me as their full-time graphic designer the next day. While I had always dreamt of someday actually being an artist, and had some art history knowledge, I learned everything I know about modern and contemporary art and artists at this job. I worked in-house and then from home for the art dealer and then once he moved into a gallery space in Century City, I worked part-time and then full-time and then part-time again and in the meantime, started this blog, where I would mostly complain about LA traffic and document my work outfits from my computer before work, making every mistake you can make as a blogger. But that all came later.

At around age 25 when GODDESS fizzled out and we all split up, I decided I wanted to get back into acting. Since I knew it had worked out for me in the past, I thought I’d give it a try again, even though I was working full-time as a graphic/web designer for the art dealer, still working for my then-boyfriend’s leather accessory business as well, and just beginning to identify with the strange anxiety and panic that had started to take over my being in that same year. By this time I had quit working at the karaoke bar and was only doing makeup occasionally on the weekends, if/when his other makeup artists weren’t available to shoot.

Ready to get started acting again and looking for an agent, I booked an appointment with my photographer-friend Erik for new headshots and while I did my own makeup, another friend, Ann Fletcher, who was a dancer/choreographer at the time {now a director/choreographer}, held the light boards for us. We had such a fun time, laughing uncontrollably, shooting in the driveway/garage of some random house in LA in the middle of the afternoon, it makes me smile just thinking about it. I remember that day like it was yesterday… and it was about 14 years ago now.

{when I decide to finish writing it, that is}

My cousin’s wedding is officially two weeks away {eeek!} and the beautiful bride-to-be {above} wanted a low-key bachelorette party and we all decided on…