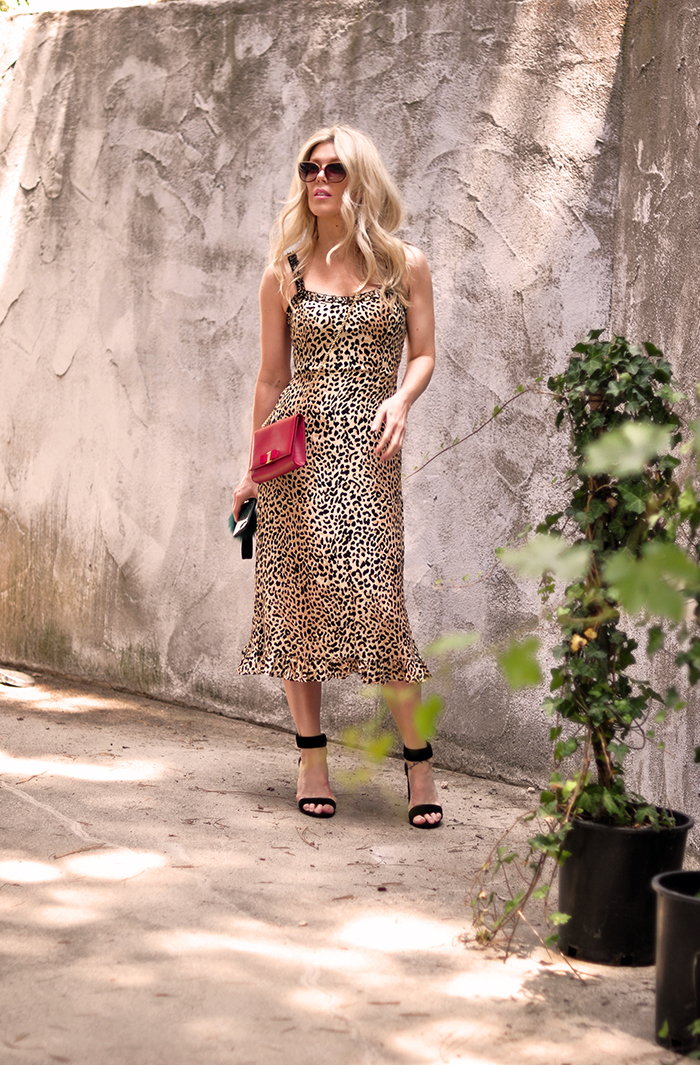 * Leopard slip dress by Faithfull the Brand (I thought it was Reformation) …but it’s on sale now. I love this dress! Will most probably be wearing it with sneakers or slides on the regular.
* Barton Perreira sunglasses
* Red mini Vara Ferragamo bag
* iPhone case with fur strap… my pop socket fell off, but I still love this case!
* Black ankle strap heels by Jeffrey Campbell

* Title: Wild Women Do – sung by Natalie Cole from Pretty Woman …Wild women do and they don’t regret it… Wild women show what they’re goin’ through

A few months ago Dress Like Me featured me and wrote an incredibly sweet and flattering piece which made me smile and blush simultaneously, if you’d like to read it, go to: Why We’re Loving …love Maegan

Just as soon as I started to feel like everything was falling into place, I had to go to the dentist. I mean, WHY? Well because, PAIN. Actually the pain began at the end of March when I listed my house for sale and has only gotten worse.

Every night as I’d relax and start to fall asleep I’d get this insane jaw pain that would take my breath away and bring me to tears. I’d take one tylenol and it would go away until the next night. After about a month of it, I started feeling it in my teeth; you know, hot and cold sensitivity, couldn’t really chew, etc. and I attributed it all to stress.

Fast forward two months and my house is sold and I’m all moved into the new house and it’s still happening pretty regularly. So I go to the dentist where he shame spirals me with questions like WHAT HAVE YOU BEEN DOING IN THE LAST THREE YEARS TO MAKE THIS HAPPEN? Uh, I dunno FREAKING OUT BASICALLY on a DAILY BASIS and uhhh CLENCHING MY TEETH and EATING SUGAR and SMOKING and NEGLECTING MY HEALTH!!!! Obviously.

As if paying absurd amounts of money to get tortured via your mouth isn’t bad enough, the shaming just tops it off. I love how dentists always ask WHY DIDN’T YOU COME IN SOONER!?! Well dentists, here’s your answer: YOU’RE EXPENSIVE AF, MOSTLY AREN’T COVERED BY ANY INSURANCE, AND UHHH, TORTURE=PAIN=TORTURE. duh.

Anyway, my back teeth are all breaking down and I have a ton of cavities due to A. stress B. starting and quitting smoking (probably) C. sucking on Riccola cough drops each time I felt an ounce of stress or anxiety -which, in the last three years was almost all of the time.

So mostly, it was C. the cough drops, which I actually thought were a better choice than candy or mints (because I don’t like gum) and I’d literally pop one in my mouth as soon as the previous one disintegrated, especially if I was out socially. I think they acted as some sort of security blanket to my (now much more subtle) anxiety. But clearly it still exists, according to the damage I have done to my back teeth in the last three years. The dentists told me to stop because basically the sugar sitting on my teeth all day long is creating a cesspool and breading ground for bacteria. awesome.

But also, STRESS. The last three years have been the most challenging of my life, checking off a ridiculous amount of numbers on the list of MOST STRESSFUL LIFE EVENTS, so there’s that. And just as it all began to settle down, I felt the pain. I went to my regular dentist, the one who shook his head at my less than adequate flossing habits and shamed me into feeling like some sort of disgusting human, charged me $336 for a cleaning and consultation, scheduled me for the first of my next three visits starting on July 24th, AFTER he returns from vacation, at total cost of $13,000.

Shocking, yes, though I was slightly prepared for it.

Luckily the dental hygienist told me there was another option locally who took my insurance. And since I wanted the pain gone and preferably for free AND as soon as possible, I went to option B for another set of X-rays and a consultation that was free of charge, however, I had to be referred down the mountain to another place to take care of a cavity under an old crown because of course, THEY DON’T DO CROWNS.

So last Wednesday I had yet another set of X-rays done (yes, 3 in the month of June), saw another dentist (yes, 3 in the month of June) and decided to at least get a start on the pain and get the cavity out. Except when he was working on my tooth, I could still feel the pain through the Novocaine and knew something else was up. He sent me home with no medication and no instructions, so of course, I thought I’d be fine.

In the wee hours of the morning when the novocaine fully wore off, I wanted to rip my face off from the pain. I don’t know if you’ve ever experienced tooth/jaw/dental situation pain, and if you’re reading this I’m going to assume you’re a human and since you’re human, you probably HAVE, so you know how INTENSE mouth pain is…

It’s a kind of pain that you can’t actually pinpoint… a pain that seems to reverberate at some point or another across your ENTIRE jaw/neck/head/face and one that also nearly drives you insane.

Luckily I texted my mom throughout my insane pain (as I do in the middle of the night when I think I may be dying) and she called my dentist and before I awoke on Thursday morning my stepdad was delivering me prescription Tylenol with codeine and amoxicillin in case of infection. I have incredible parents. (that feels nice to say)

Cut to Saturday when I finally start feeling like myself again and didn’t need the heavy meds, etc… Yay (I absolutely HATE taking meds for anything so that act in and of itself gets me mentally worked up). And then of course I overdid it in some way and by 8pm I was feeling like ripping my face off again.

I’ve been sleeping mostly on and off and getting little things done in between the pain, but nothing close to my normal active days and it’s starting to wear on my mental state more than having to take the meds for it has.

You know when something happens and then you build this entire story around it and get all worked up emotionally about what hasn’t even happened yet but you think it’s going to happen because of course, when you’re not thinking properly, there is no other option and everything is horrible and you’re dying?

That’s how I’ve been feeling… and I think it came on like a ton of bricks simply because I had just felt like I was getting a rhythm down in my new life… and then I lost the beat.

But as much as I’ve been worrying about losing all this time being unproductive whilst in massive pain, I know I’m just slightly off track…

These are the first outfit shots I’ve taken at the new house (in my new life) and just the process of that alone, the familiarity of it all gave me a huge sense of self again and that felt great.

So I’m taking the little things right now and feeling grateful for the bits and pieces that I do have in place because obviously we can’t actually control all that we think we can and going with the flow instead of against it, no matter how hard it may be, is always the best choice. I have an insane amount of dental work coming in the next few weeks and hopefully the major pain is over now – but I shouldn’t bet on it… I guess what I’m trying to say Lovecats, is that the moral of the story is, you shouldn’t neglect your gums 😉 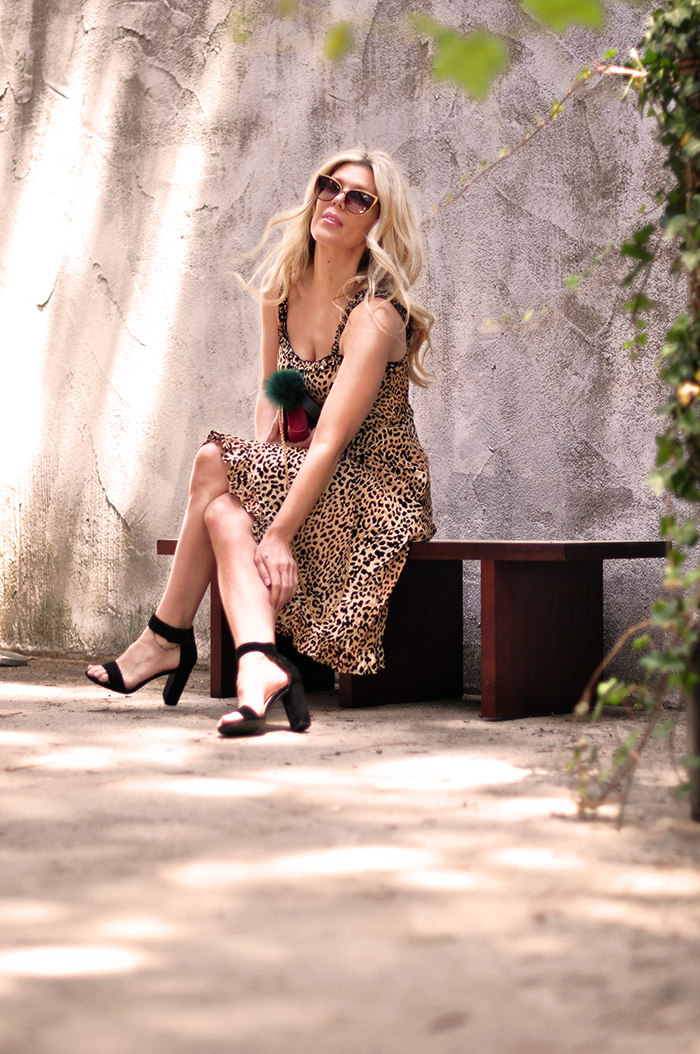 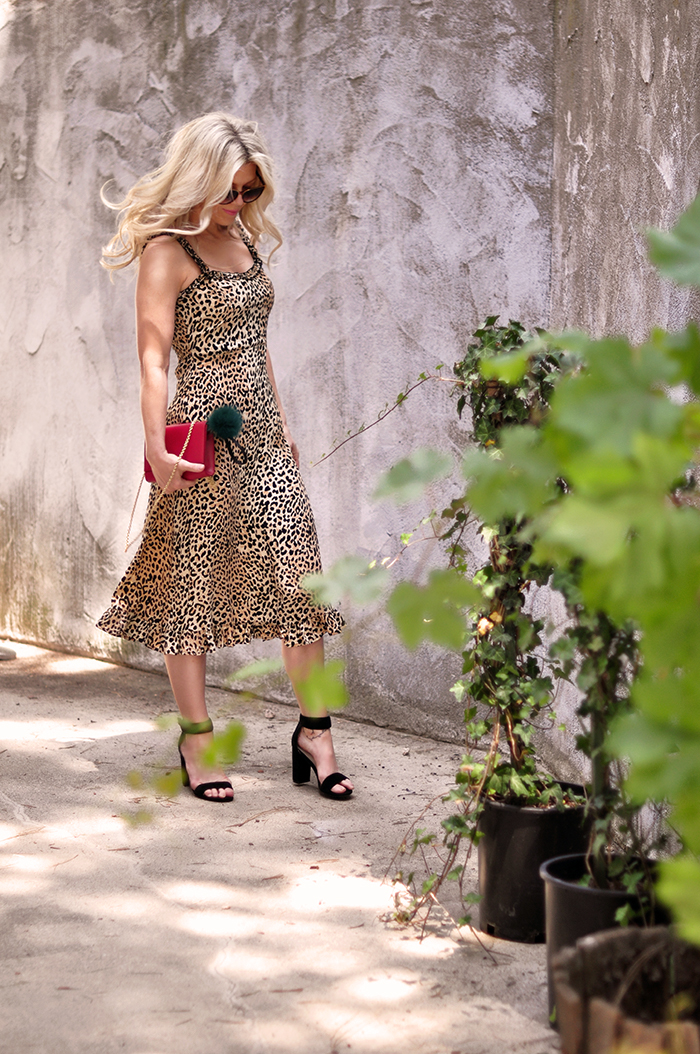 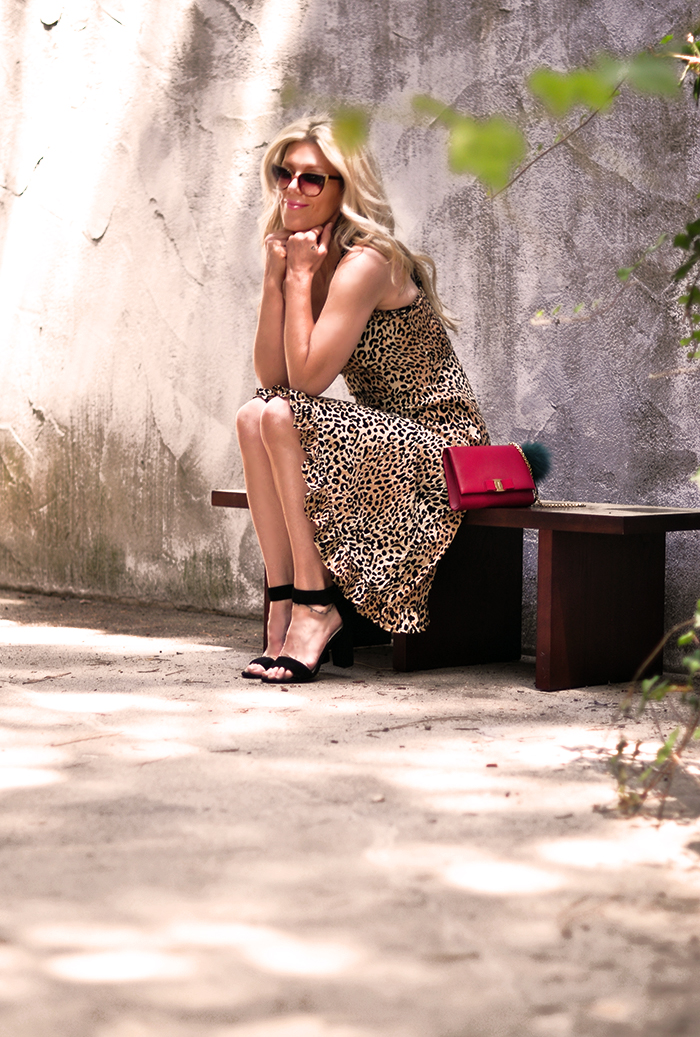 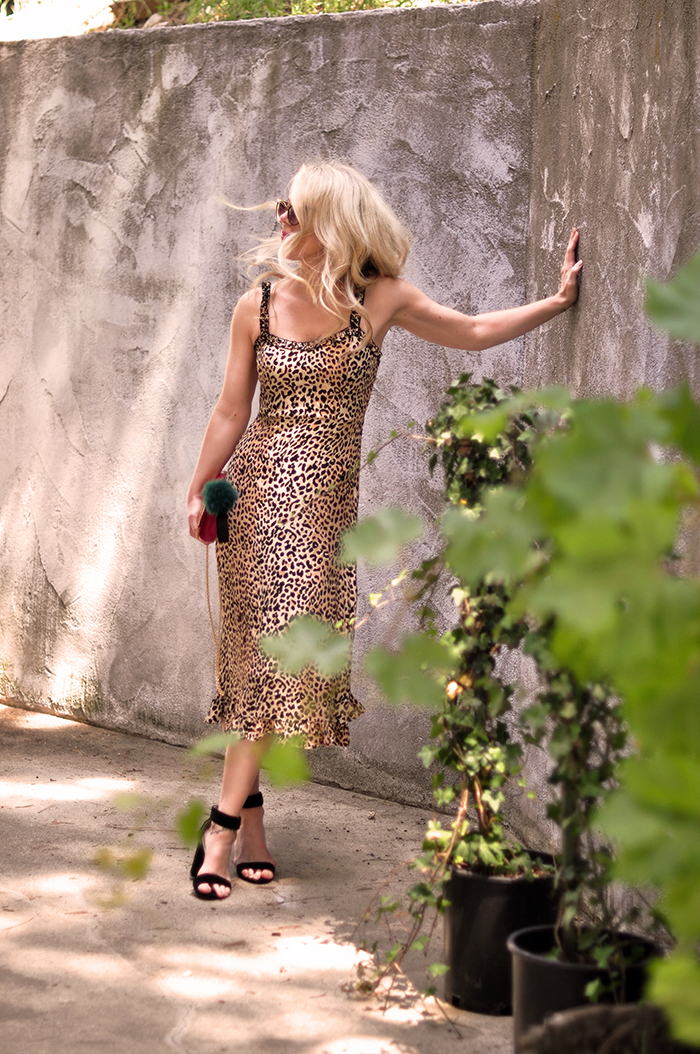 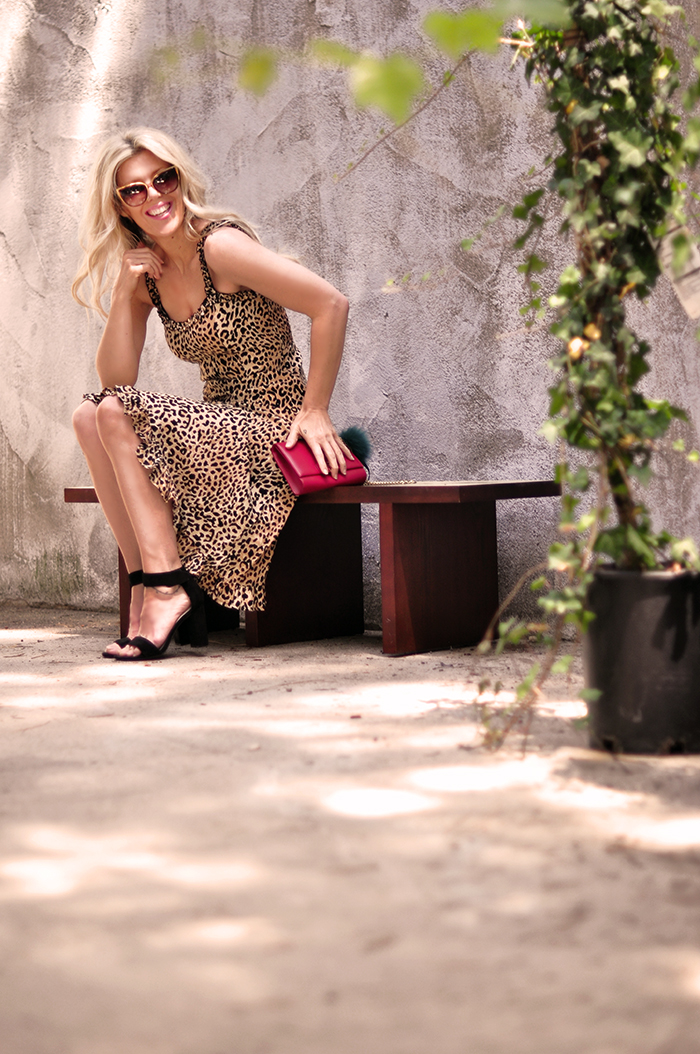 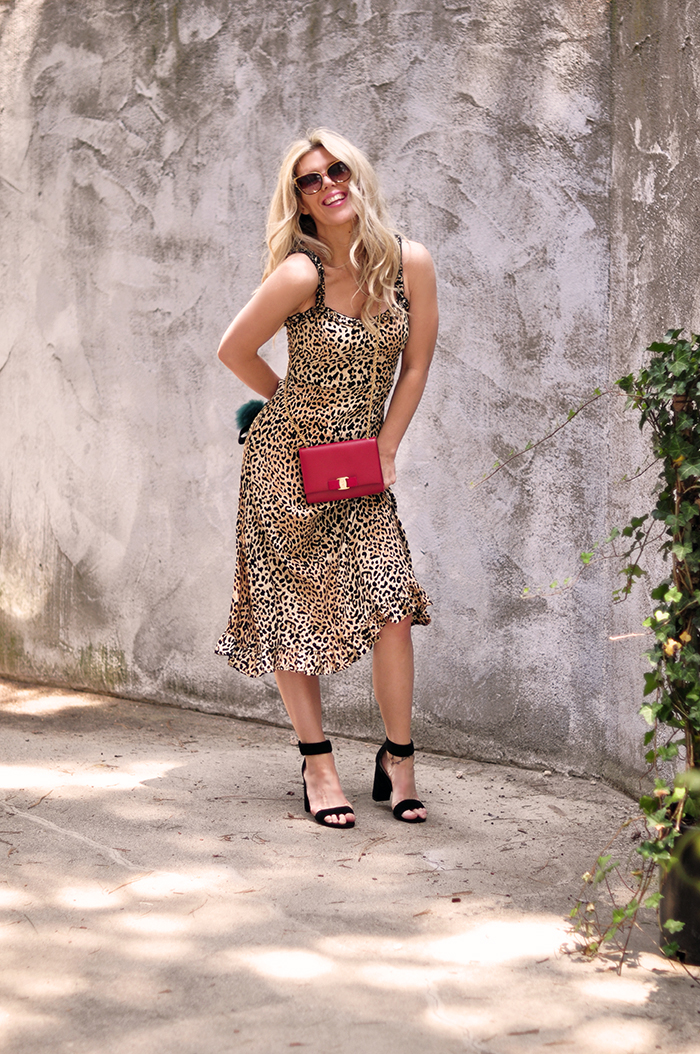 * See all my Style Posts here