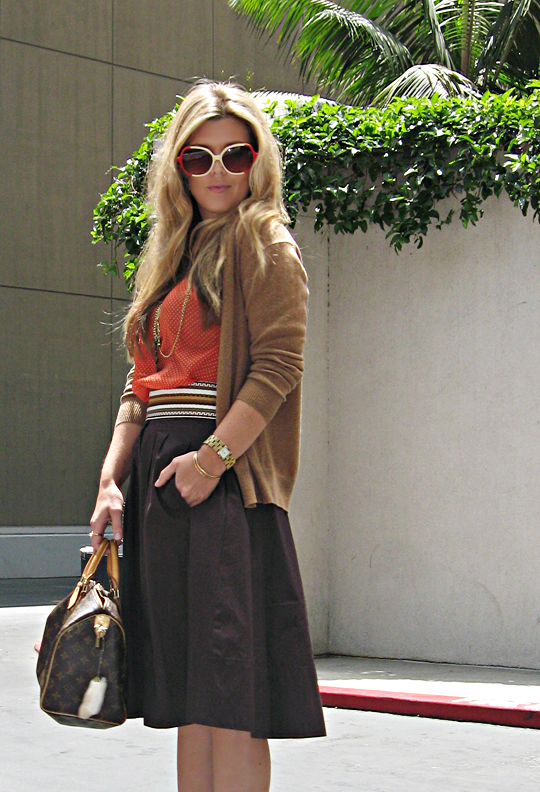 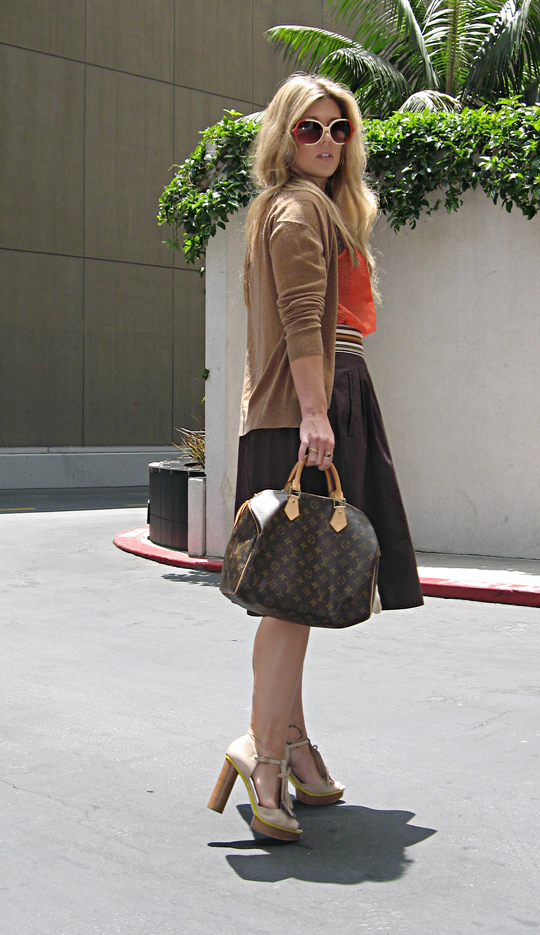 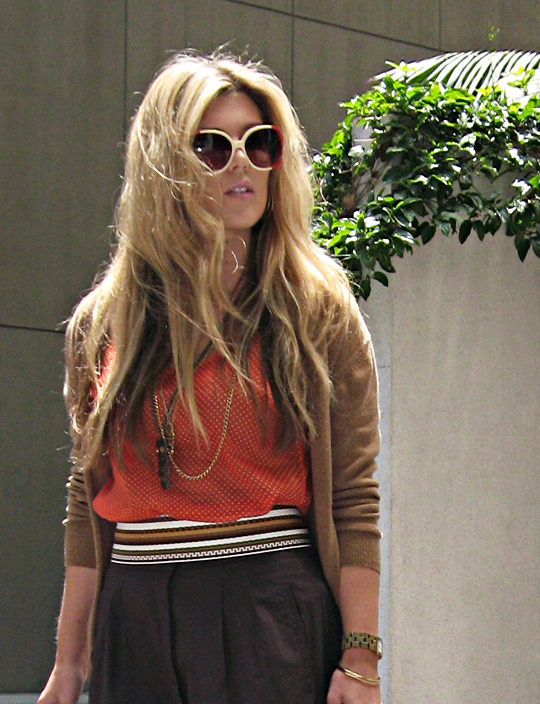 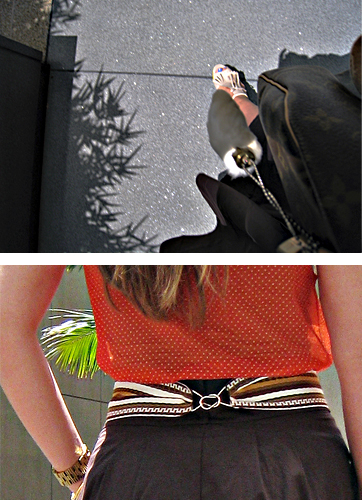 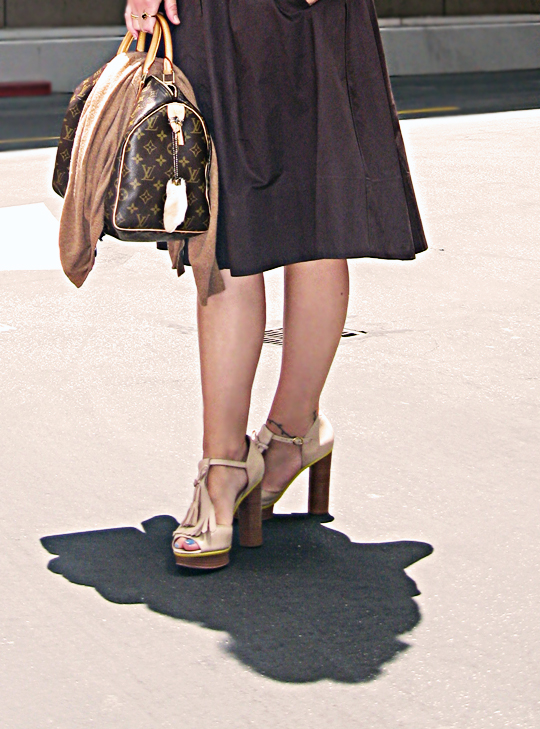 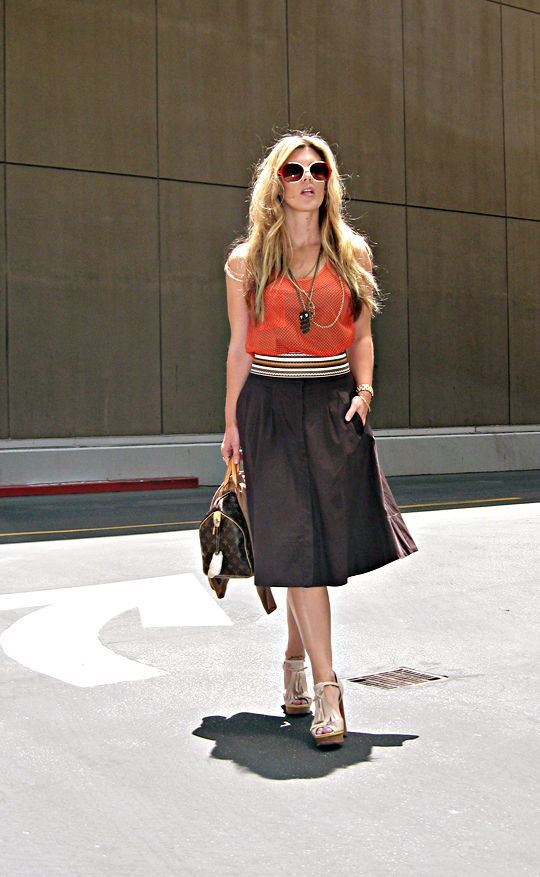 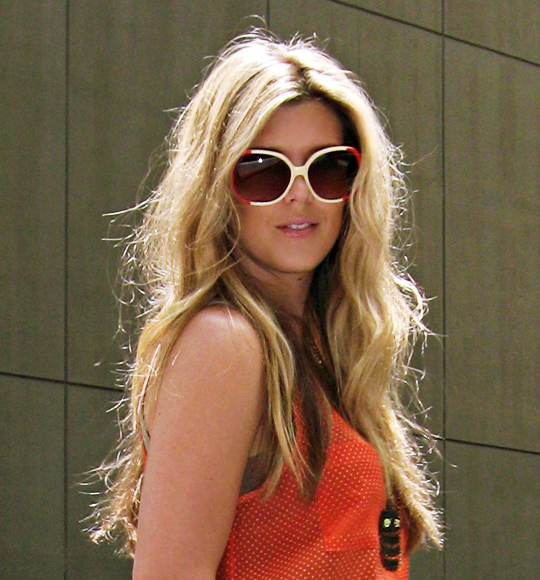 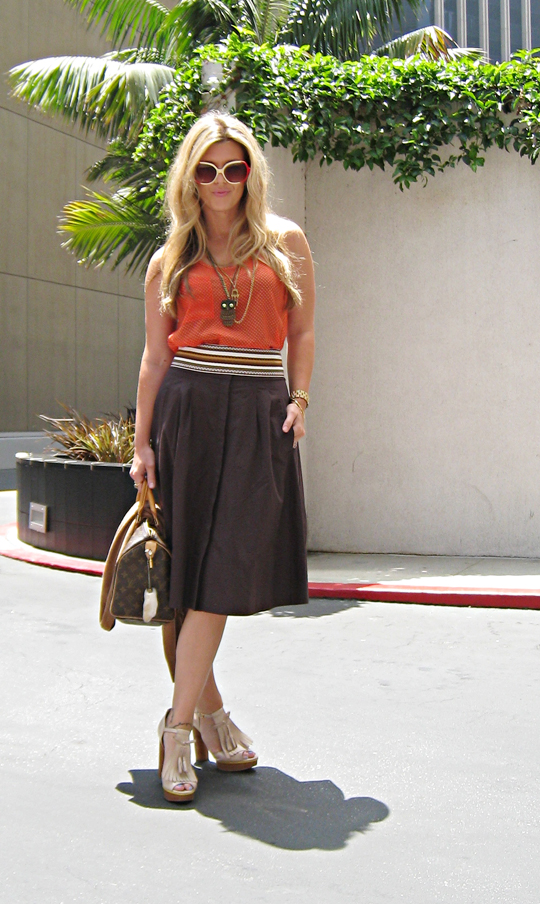 What I’m Wearing
* Orange & ivory polka dotted Leyendecker sheer tank blouse …from Gilt
* Taupe cotton tank worn under
* Victoria’s Secret boyfriend sweater {was a v-neck that I sliced up the middle with scissors. Actually works quite well as a cardigan and washes without unwraveling …I’ve done this to three of them now with fantastic results.
* Zara skirt found at a thrift shop a couple years ago but this is my first time wearing it.
* DIY ethnic stripe sash clasp belt …CLick Here for the easy tutorial
* Vintage gold chains were my grandma’s worn with a not-so-vintage tarnished owl pendant chain necklace, D&G watch

which seems to be sold out everywhere {purchased last year}

Yet again I died for Gretchen’s design on Project Runway last night. Even before they announced the winner. It was just perfection. I would love an entire collection by her after just seeing two pieces! As far as the outfits of the designers worn on runway day, hers was the best as well. I’m under the assumption that if you have a creative and fashion-forward head for design, then you should be dressing yourself as such. And not everyone on that runway does. The same can be said for anyone in a creative/design field. For instance, if you are an interior designer interviewing for job and you don’t have some sense of your own style, well then I’m going to hire the person who looks the part …but maybe that’s just me. Am I alone in this thinking?

Any guesses on what classic TV show theme song my title is from? Hint: the song ends with “We’re gonna make it after all” …and was mentioned on Project Runway last night. 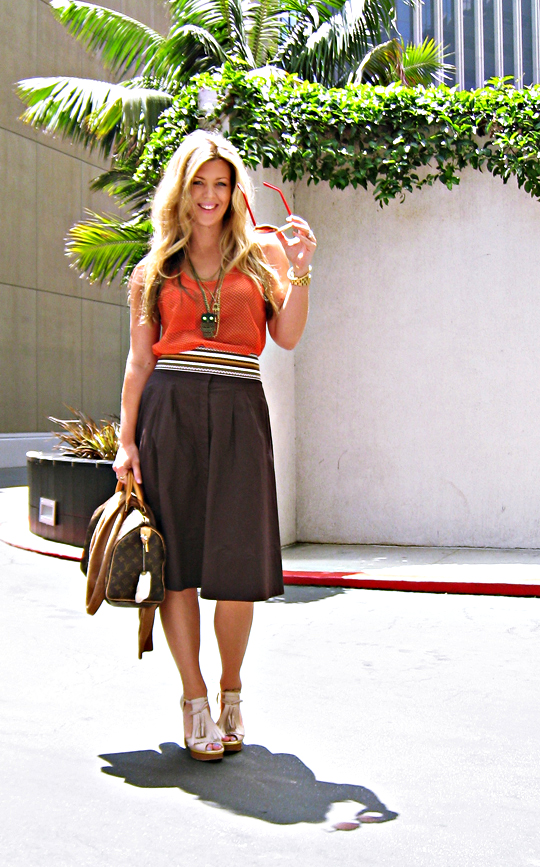 Playing Video Games Can Extend Your Life by 10 Years

According to video game designer, and two-time Ted speaker, Jane McGonigal, Playing Video Games Can Extend Your Life by 10 Years and they most…