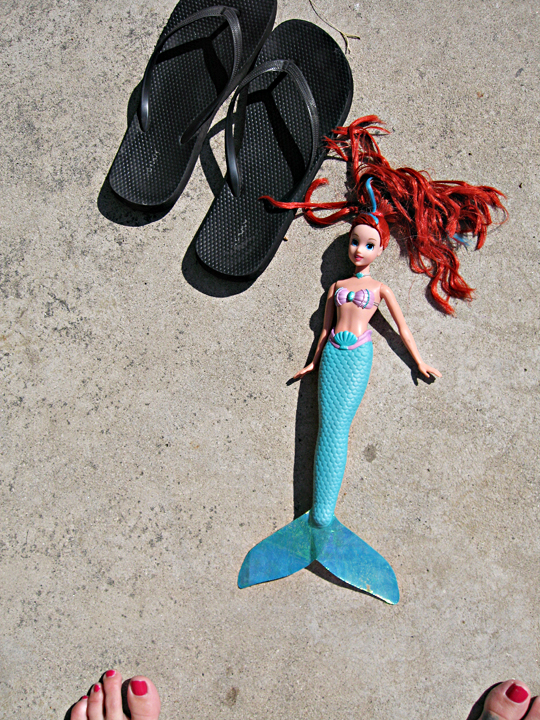 Little girls die for The Little Mermaid like grown women die for shoes.

belongs to my Goddaughter, Avery …who has been The Little Mermaid

to boot. Just yesterday drollgirl and I were talking about her 3 year old niece adoring The Little Mermaid as well …so what is it? Why does Ariel

I mean, Ariel is the only one with dazzling red hair

but Jasmine has a tiger!

Admittedly, and like the little girls mentioned above, The Little Mermaid

is one of my favorite Disney animated movies too. Originally released at the end of 1989, I was just at that baby sitting age of 12-13 years old and every little girl I baby sat wanted to watch it on repeat {not that I minded} as well as those Disney sing along songs

which means, you guessed it, I know every word to every song in the movie {and to most of the others too}. Yes, still. And sometimes, if you must know, I break out Part of Your World a cappella style in the shower. “Look at this stuff, isn’t it neat …wouldn’t you think my collection’s complete …wouldn’t you think I’m a girl …a girl who has …everything”. And isn’t it ironic that women’s blogs {not excluding my own} sort of epitomize that one line of the song almost perfectly? Too funny.

Now You’re Just Somebody That I Used To Know