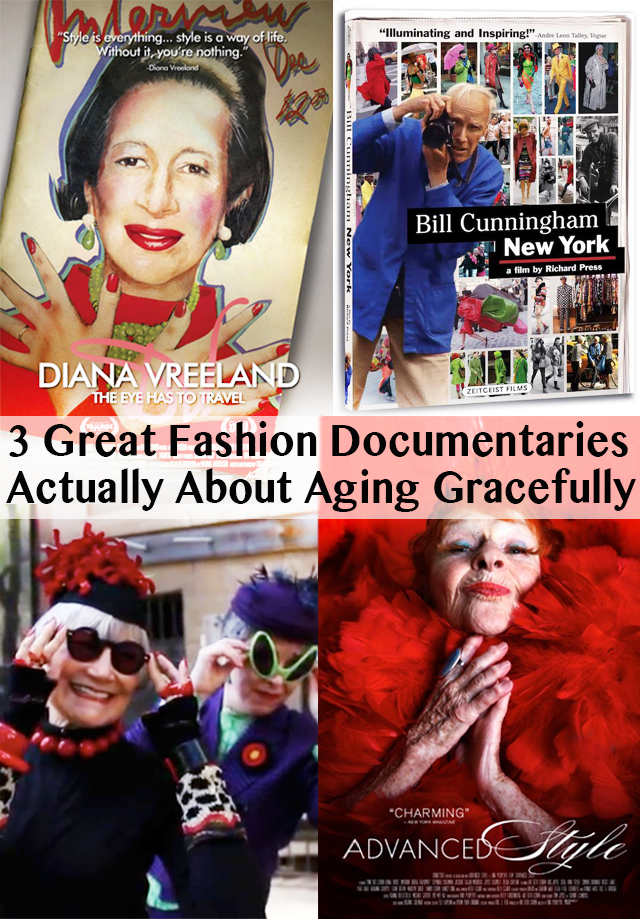 I love a great fashion documentary. Really, I love any great documentary, period. But for obvious reasons, I gravitate toward fashion documentaries, as many of you may too. But if you generally don’t, I’d like to suggest these three to you… for more than just fashion and an inside look at the fashion industry, but for how in fact, these people live their lives so utterly void of worry of what other people think of them. It’s so refreshing and such an amazing inspiration that we can all learn something from these true spirits, simply by the way they go about living their lives.

* These documentaries are all available on Netflix. For the film info, click the large titles above each description below.

Diana Vreeland: The Eye Has to Travel

It seems as if Diana Vreeland was the Anna Wintour of her time. It also seems that the movies “Funny Face” starring Audry Hepburn and even the more recent “The Devil Wears Prada” each had characters inspired by Vreeland, which are utterly brilliant to watch when you know that juicy detail. Vreeland made fashion and fashion magazines what they are today. Her influence changed the face of fashion, beauty, art, publishing and culture forever… paving the way for future generations, and she never let age or her life story stop her. She’s a true legend and muse to live up to.

If you can’t see the video above, click here: Diana Vreeland: The Eye Has To Travel

“There’s only one really good life, and that’s the life that you know you want and you make it yourself.” ~ Diana Vreeland

According to Anna Wintour, “We all get dressed for Bill”, “If he ignores you, it’s death” and fashion doesn’t exist without him. Bill Cunningham is the photographer behind “On the Street”, his column in the style section of the New York Times since the late 1970s. Bill claims he is not a photographer, but has been photographing street style since before it was a thing to do. He watches people and understands how trends begin and then he shares it with the world.

What I find most amazing is that Bill has lived in the same TINY apartment since the late 1940’s, which is one single room without a kitchen or a bathroom, and shares a bathroom in the hallway with the rest of the people in the building. He sleeps on a small twin bed propped up on books and is surrounded by file cabinets full of his life’s work on film. He wears janitor’s jackets he buys in French drug stores when he’s there for fashion week and rides a bicycle everywhere he goes. He’s now 85 years old and is racing with the cars in the streets of NYC taking photos as his wheels turn. He is amazing to watch.

“Fashion is the armor to survive the reality of everyday life.” ~ Bill Cunningham

If you’ve been following blogs for a while, you’ll definitely recognize Advanced Style, created by Ari Seth Cohen who began photographing really fashionable women over the age of 50 and featuring them on his blog claiming these ladies and gents teach you a thing or two about living life to the fullest. And he’s right. What is truly amazing about the documentary more than just looking at their fun photos, is their take on life. You can’t help but smile when you see these great humans, not all in the greatest health, or in the greatest financial situations, but living and adoring life through the characters they get to create each day, while getting dressed and using the streets of NYC as their runways. One woman who is 95 years old, is also an art teacher and makes her own false eyelashes from clippings of her own hair, admits that she only found herself TEN YEARS AGO. Now if that doesn’t give any or all of us aging humans something to think about numbers and age, then I don’t know what else will.

If you can’t see the video above, click here: Advanced Style – Official Trailer 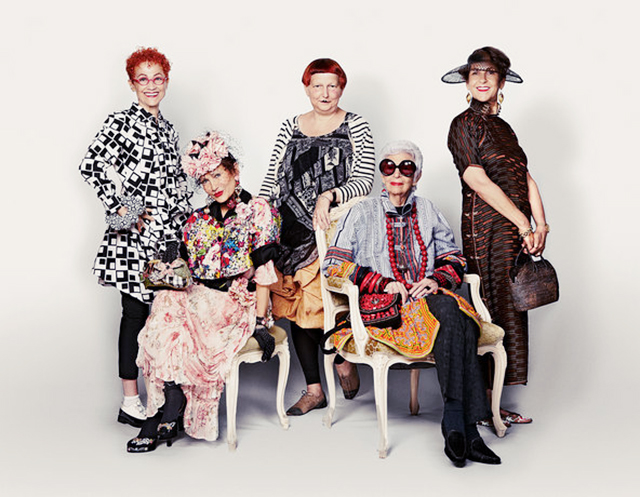 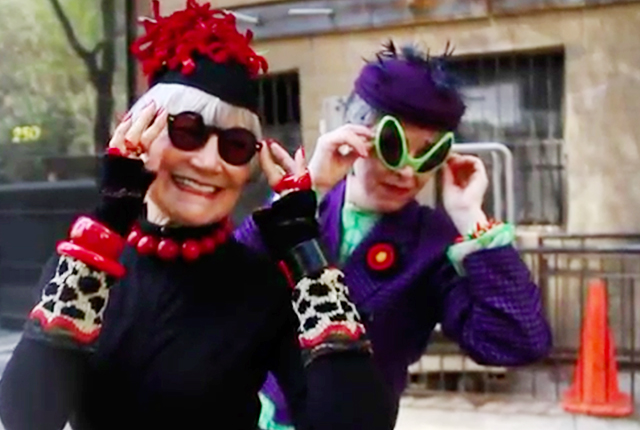 Live it up… today and everyday!

Age is just a number.