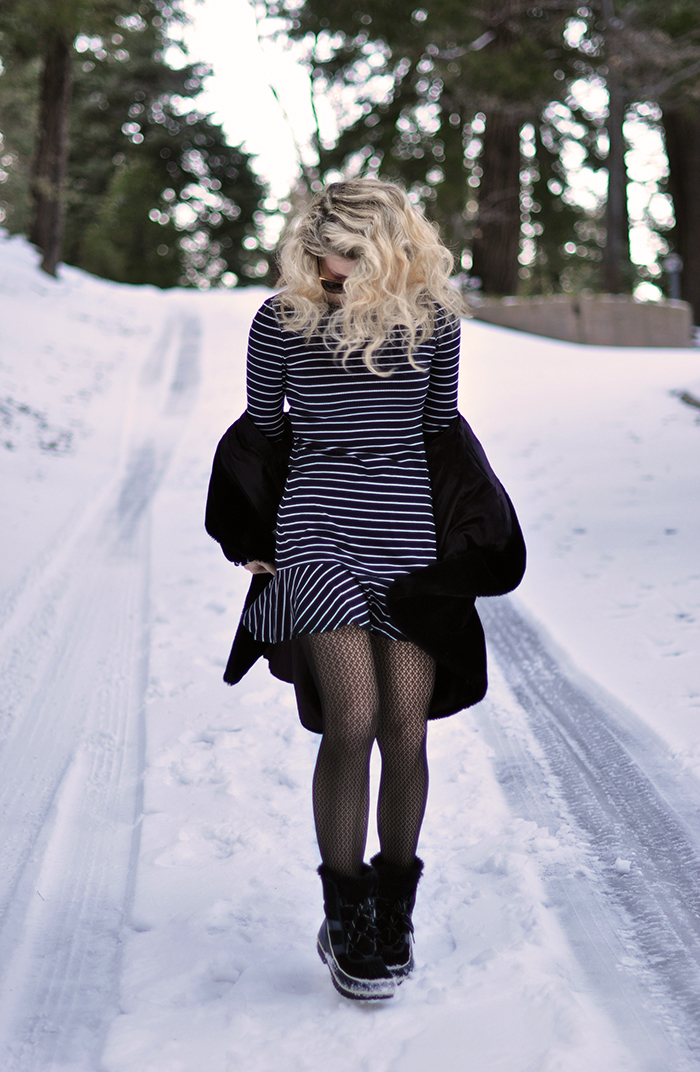 * Hair: slept in bantu knots for big curls for a few days…just for fun. (though some of my curls did not turn out so well this time)

A song like you would never tell me the truth . It would turn me on, break me down, make me feel like there is nothing outside this room…

A song like you is a ballet black swan dance . That’s brought down by a shot-gun blast

Suddenly winter is UPON US!

I mean… we’ve gotten a few little snow dustings here and there but now it finally feels like Winter, just before Spring (or kind of like a wintery-spring), and I love it!

I love it because it’s magical, as usual, but I always go into Winter with a little bit of fear and not getting real snow until almost Spring makes it so much easier to embrace and way more fun, I think. The days are already getting longer; the sun is out until almost 6pm now which is just the greatest thing ever! In December I swear it gets dark by 3:30 and I want to kill myself… I’m being slightly dramatic but I’m 100% affected by seasons. Even though I love Winter now, it’s still a challenge for me mentally. In fact, now that I think about it, March is usually when I finally emerge from my dark winter slump! I’m just a few weeks early. I swear I feel like a new woman, lol.

Lately I’ve been having a burst of creativity and only sleeping around 3-4 hours a night and since I’m in such a good creative flow, it’s as if sleep doesn’t even matter. I’M NOT EVEN TIRED! Which is crazy! Because normally I would freak out about only getting that little sleep, but somehow, it feels like all is right with the Universe – FINALLY – because these last two years have been EX-HAU-STING.

Everything it happening, and it’s all happening now and it’s good and crazy and scary and I’m just trying to grasp everything while suddenly doing new things because I can’t NOT. I feel slightly wild but also like everything has been leading up to this and to now and the timing of everything is slightly blowing my mind. I’m also referring to Dogwood opening in the next few weeks, or ASAP! March 1st was our latest due date and we’re SO close to hitting it! It’s just it falls on a weekend and I don’t think we’ll be ready until next week. The suspense is killing me, it’s all so insane 🙂

I hope this high mellows slightly, but I have to say it feels so much better than the alternative, so I’ll take it! 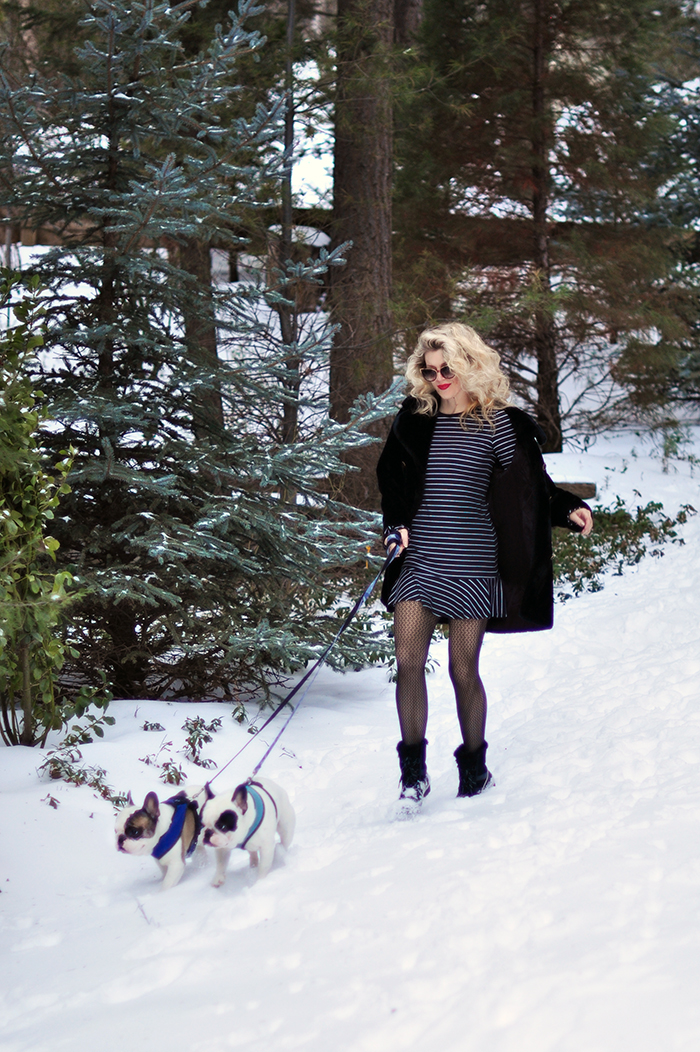 These Bobes LOVE the snow! They just want to run and run AND RUN in it like they’re pulling a damn sled!

I rarely take them out in it though because I’m terrified they’re going to get hurt or slip on the ice, YES, I’M THAT KIND OF DOG MOM… It’s just LeRoy and Bebop had so many issues, I am overly trying to prevent these two from every having to deal with that kind of situation… so I’m way overprotective. 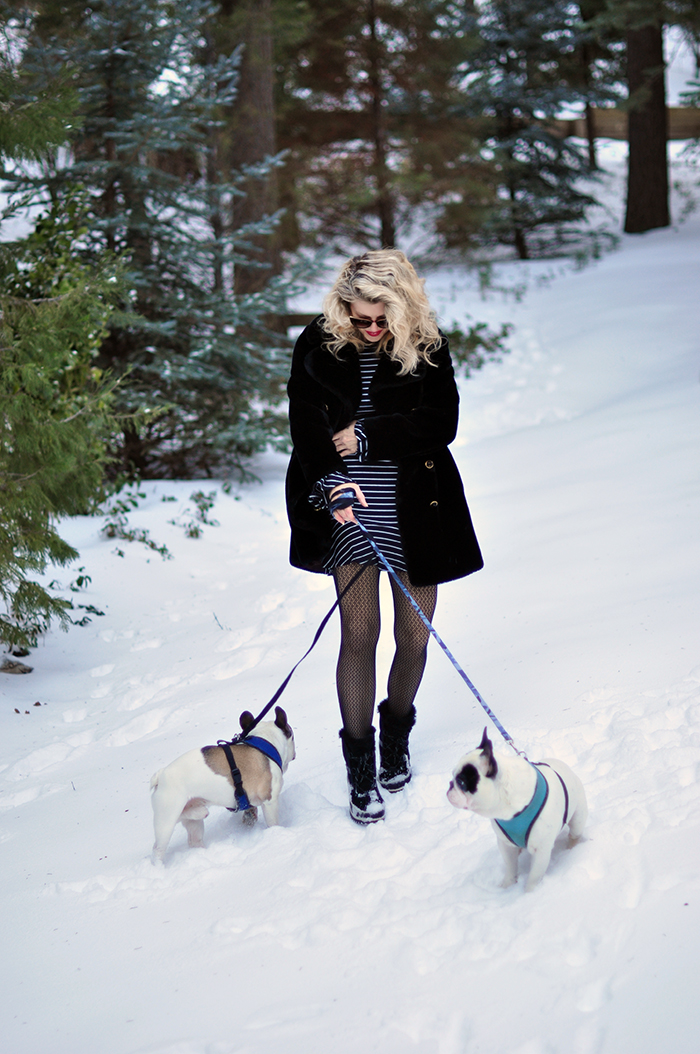 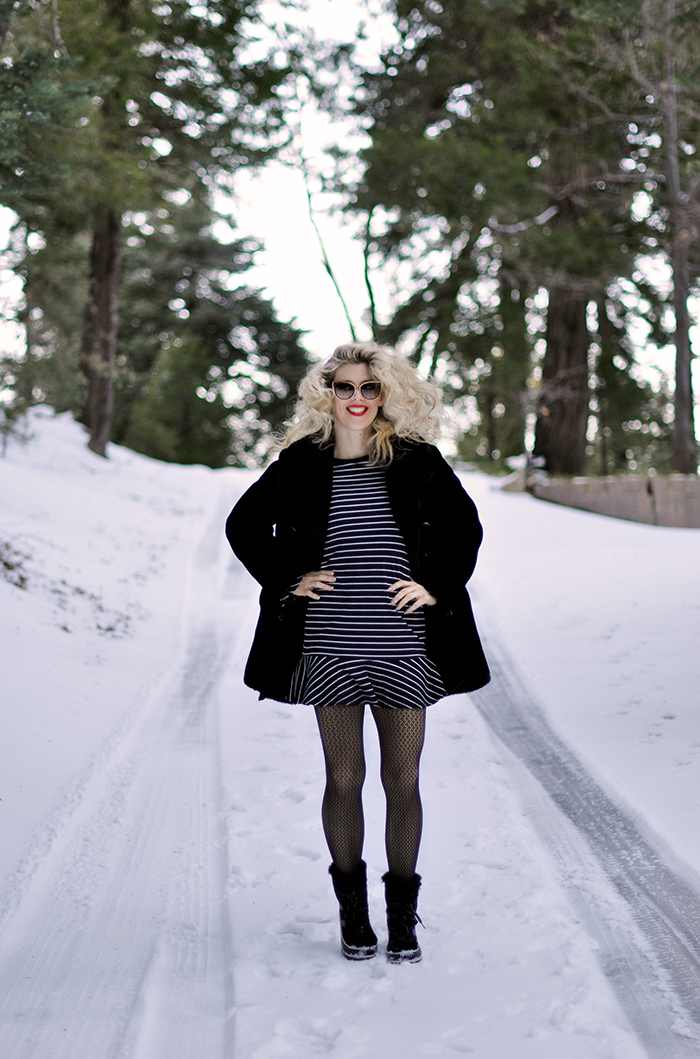 This shot above makes me die laughing… just like in the photo. Seriously, my mom and I laugh hysterically every time we shoot! It’s just such a different experience than it used to be.. I think my PTSD from shooting with my ex husband is now finally almost completely gone, lol 😉 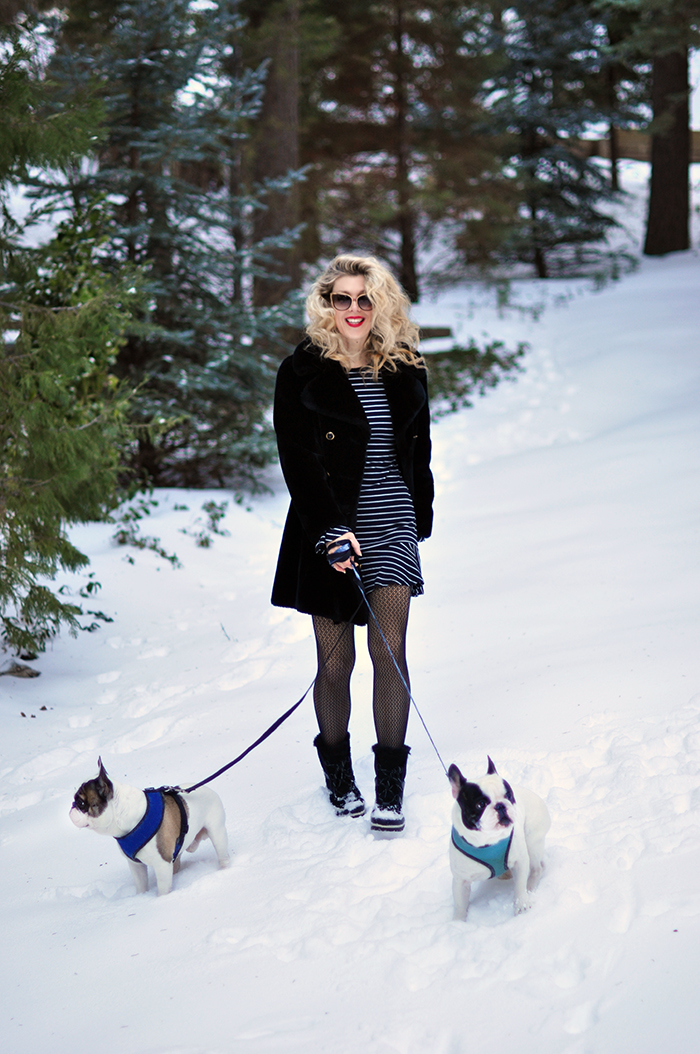 French Pouf Accessory : Pin, Belt, Hair from Ban.do Okay, to be honest, this wasn’t exactly a reader request MIY but when Holly {who…