I’ve been using Bare Minerals powder foundation for over four years now and have loved it so much that I may or may not have overlooked the tingling/itchy sensation that occasionally occurred during and after application {and whenever it was hot enough to break a sweat …I mean, glisten}. I never really thought to look further into it because I figured it was not a big deal …it was one negative to a hundred positives.

Over the past couple of months though, my skin texture just had not been what it once was and I had been breaking out more than my normal PMS pimples. The realization that I’m in my 30’s now and not my 20’s didn’t make it any easier to accept what I saw in the mirror and I thought maybe I could make some changes and help it look better.

I’m not sure how I stumbled upon it, but I found a review {which OF COURSE I cannot find now} from a woman whose skin was breaking out due to Bare Minerals use and that she switched to Jane Iredale and has not had a problem since.

Apparently, the itchy/stingy feeling I would occasionally encounter was due to the ingredient Bismuth {also the main ingredient in Pepto-Bismol} which also tends to clog pores …in some users who are allergic to it.

But because I love the ease and coverage of mineral/powder makeup, I wanted another, Bismuth-free alternative. So I looked into Jane Iredale mineral foundations {because of the above-mentioned review I can no longer find} …which I’ve been using now for about 2 months. I wanted to share the goodness with you but I had to truly test it before I raved about it, right? 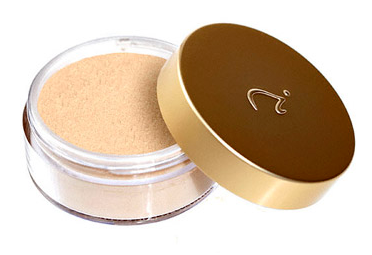 Jane Iredale Mineral Foundations are a bit more expensive {$40 vs $18 – but since the powder is finer, it seems like there is actually more makeup per jar} but unfortunately not sold at Sephora. So I took a risk and purchased it online and have been pretty happy with the results

Why I like Jane Iredale:
* Powder is finer
* Brushes are softer
* No itchy/stingy feeling after/during application
* Less under the skin bubbly cheek breakouts
* Husband approves! {Actually says it looks WAY BETTER …which means he can see my skin through it!}
* I do like the transparency but sometimes I feel like the coverage is not quite as good as Bare Minerals {I have some splotchy discoloration on my forehead from tanning while on birth control in my mid 20’s {I’m guessing}} 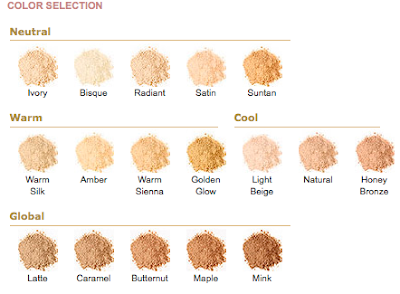 I’m using Warm Silk
While I haven’t seen a MAJOR skin improvement, I definitely have had less breakouts and the texture is almost back to where I’d like it to be. However, I think it’s definitely time to see a dermatologist …an appointment I have avoided my entire life.

If you are not experiencing itchiness or breakouts due to Bare Minerals, then chances are you are not allergic to bismuth and there is no need to switch. But here is a list of ingredients in Bare Minerals just in case you’re interested.

* I haven’t made any other makeup changes since this post except for new mascara Kelly @ My So Called Fabulous Life sent me …which I LOVE. It’s Loreal Double Extend Waterproof Lash Fortifier and Extender Mascara, Black – 1 Ea

and it totally helps me deal with my eyelash hypotrichosis …lol.

I was just sifting through today’s emails and found a sneak peek at the Kohls Fall 2012 Collections, including the LC Lauren Conrad line….