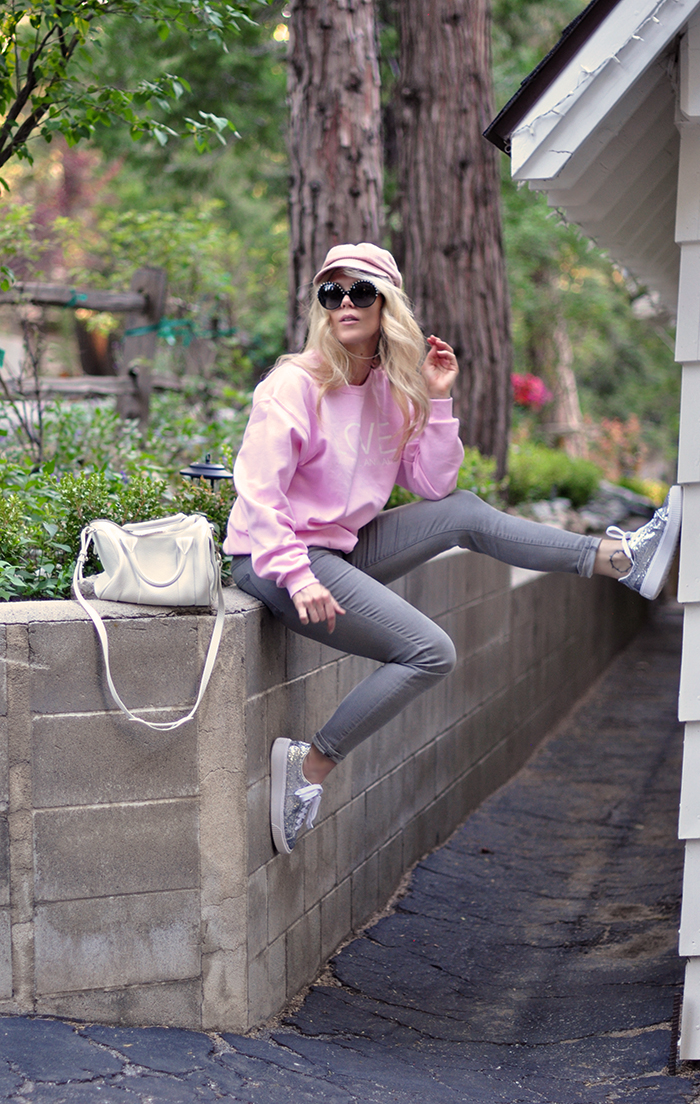 * Title: Peter Gabriel – In Your Eyes… When I want to run away – I drive off in my car… But whichever way I go – I come back to the place you are

All my instincts – They return – The grand façade – So soon will burn – I get so tired working so hard for our survival… In your eyes… The resolution – Of all the fruitless searches… Your eyes, I see the light and the heat

Just two years ago I was miserably bored, sad, alone, yet I was married and spent most of my days working from my home, the home I shared with my husband, who was also the only person I’d see nearly every day.

Once we moved up to the mountain, we had very few friends and rarely went out – and for a while, it was okay. We were getting settled in a new town and turning the house I bought into our home and exploring a new kind of life outside the city where we had both grown up. I thought we were happy.

But within a few years, everything changed.

When we lived in LA our friends would just stop by all the time. Almost every day we’d have a visitor. To be honest, it drove me insane. I work from home and suddenly when people stopped by to see him, I had to stop working and entertain and be a good hostess, etc. (or at least I felt the pressure to be that person even when I didn’t want to or didn’t have time to – but I did it). Random house visits are not my favorite thing. My house is like my safe zone… and my workspace. It always caught me off guard and frustrated me and he didn’t care. Once we moved up to the mountain the daily visits stopped. I was happy. But I think it negatively affected him and I didn’t really see it happening until it was kind of too late. People stopping by was his social life. He didn’t need to put any effort into managing these friendships because everyone just stopped by to see him. They had a reason, they wanted something from him, but he didn’t care. It was enough for him.

Living so far away from our friends and not going out to make new friends who would stop by on a whim slowly killed his ego and then his confidence dropped and I don’t think either of us realized it until it was too late.

I was already used to not having a social life at the time…. I didn’t mind it, and in fact, I loved the quiet. LA became too hectic for me on a daily basis and I preferred to be home, working, writing, thinking, creating, alone – or with him nearby. The adjustment to life in the mountains was more about altitude for me and learning to breathe and relax more and slow down than an actual lifestyle change, because honestly, not much else changed for me outside of that.

But when he lost his mojo, he also stopped talking to me, stopped wanting to spend time with me, looked for new kinds of escapes and the interaction we had became less and less. I was sad and bored and I wanted to explore the place where we lived. I wanted to be part of the community, meet more people and make friends in our new surroundings. I wanted to feel the energy of the electric summers we have up here, which in the distance sounded like a three-month long lake party. I could sense the community around me and I wanted to jump right in. But he didn’t want to.

He lost himself…. I found myself …and subsequently we lost each other in the process.

Once he left, I felt lighter. I felt free. I felt like I didn’t have to pretend anymore. I remember falling to my knees and sobbing in the hallway to my office when he left and shut the garage door behind him because the weight had been lifted. I wasn’t sad in that moment. I was relieved.

I never thought we’d get a divorce, yet I’m not sure the love I had for him encompassed the love I wanted to feel and have for someone. But when you’ve been through so much with another person a different kind of bond is formed and I’m not sure it can ever be broken. No matter what happens, no matter how it ends, no matter how much you resent the other person or even fucking hate them, there is this metaphorical string that is tied to each of you. An energy that spans time and space, and I don’t think it ever goes away.

There is sadness in the loss of what could have been… and a mourning of a life I wanted and never had with him. The life that now feels so unauthentic and fake, a life that we were trying to live up to together, but looking back I see now that it could have never really worked. It wasn’t right. We were two pieces from different puzzles trying to fit in a box and fill in the blanks and we were never right for each other in the first place.

I’m going to list my house for sale before the end of the month of May and it saddens me for so many reasons. I don’t generally get tied emotionally to physical objects, but I’m having a hard time with this one. Not only was it “supposed” to be so many things that all feel like failures now if I lose it, I worked so hard to make it happen and now I have to leave it all behind… I have to accept that the plan I had for it isn’t going to finalize and I have to move on. And while I know that the future holds better things for me, it’s really hard letting it all go.

But I can say this… my life has been one adventure after another in the past two years, and I don’t think for one second I’ve been bored by it.

I see more people on a daily basis now than I did in a year’s time when I was married. I’m working in such a different kind of way now that it’s almost uncomfortable because I’m so used to being alone, but it’s beautiful just the same.

I’ve mentioned a few times that I’m still trying to figure out how to balance it all and maintain my blogging career (which I love so much and have missed these last few weeks) while also trying to get Dogwood Tavern off the ground. I am both things, and I have equal love for them (and for you) but it’s taking so much of my physical time right now, I’m depleted when I have a little time off. Lately I’ve been trying to take a few days off in a row – the week days that are a little slower at the bar, so that I can maintain a healthy mind, work on a few different things, here, and figure out how to promote and market the physical business as well. I feel it getting a little easier though… things seem to finally be falling into place in so many ways.

It’s all so amazing really, but it’s not until I have a few days off that I can honestly sit back and look at it all in wonder and amazement… because when I’m there working, there is no time to focus on anything else. Talk about being in the moment in a way you can’t even get to in meditation…. 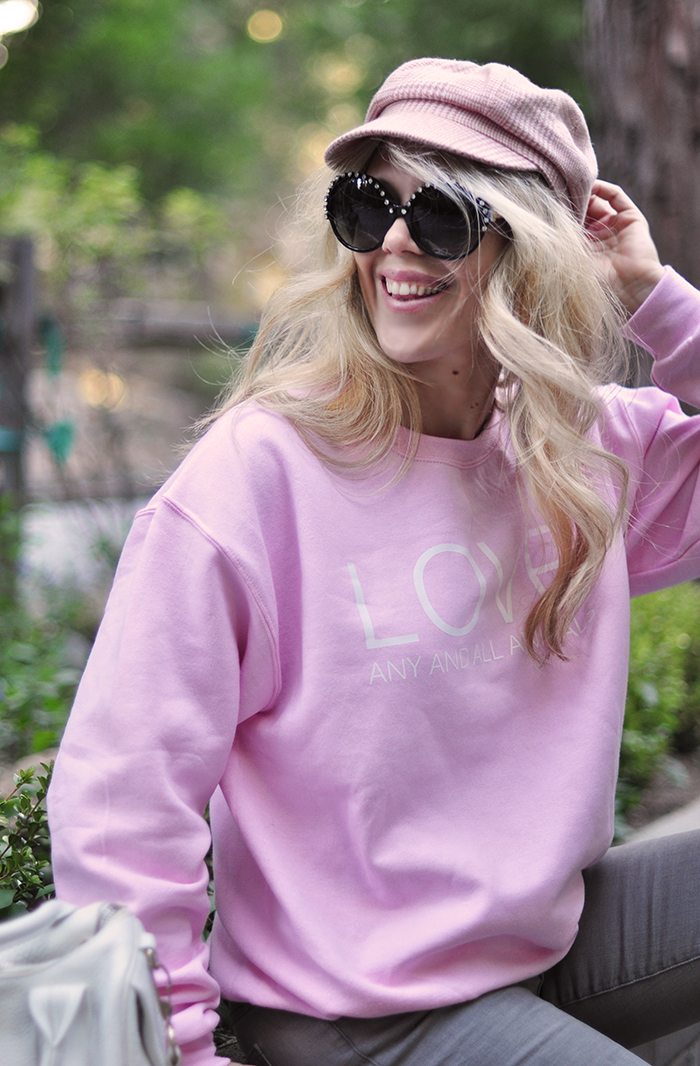 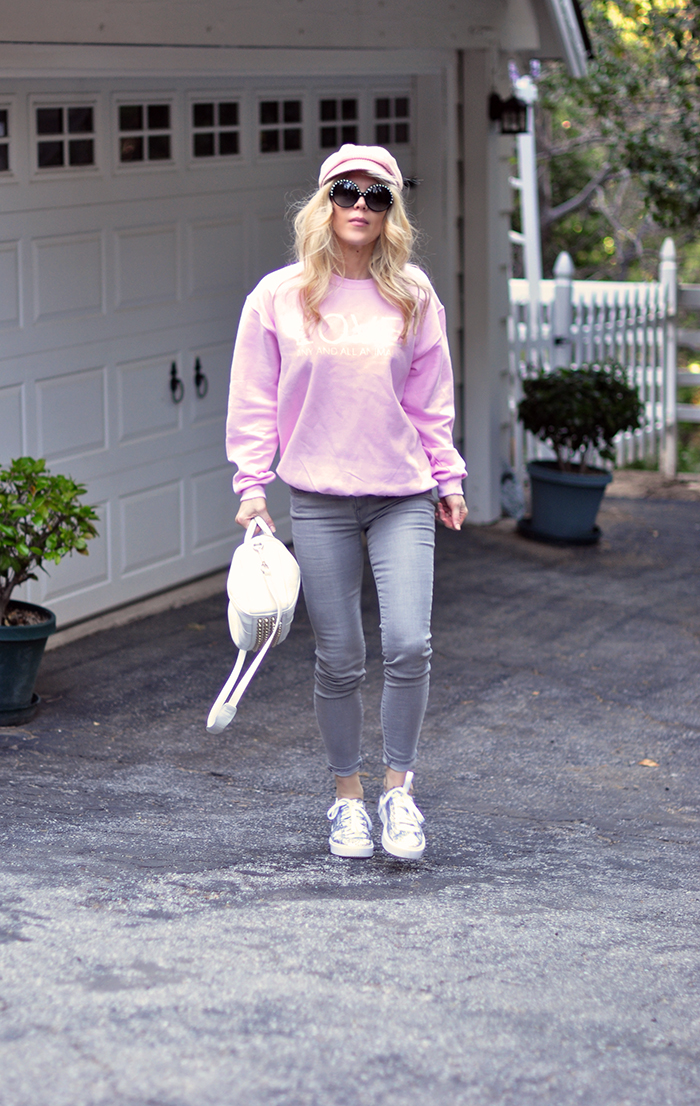 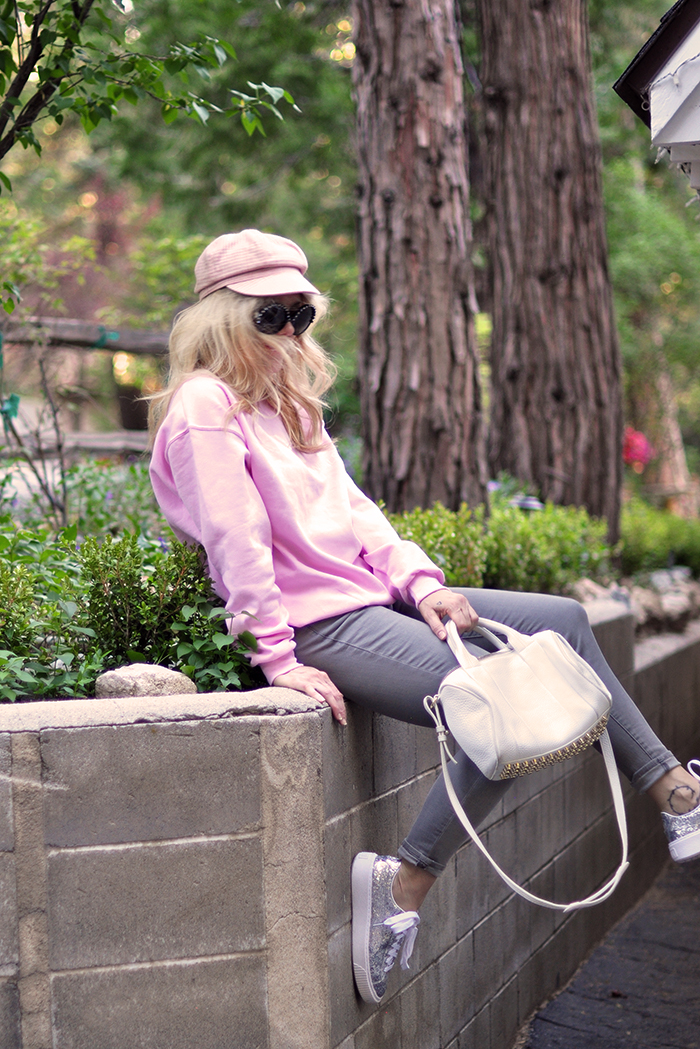 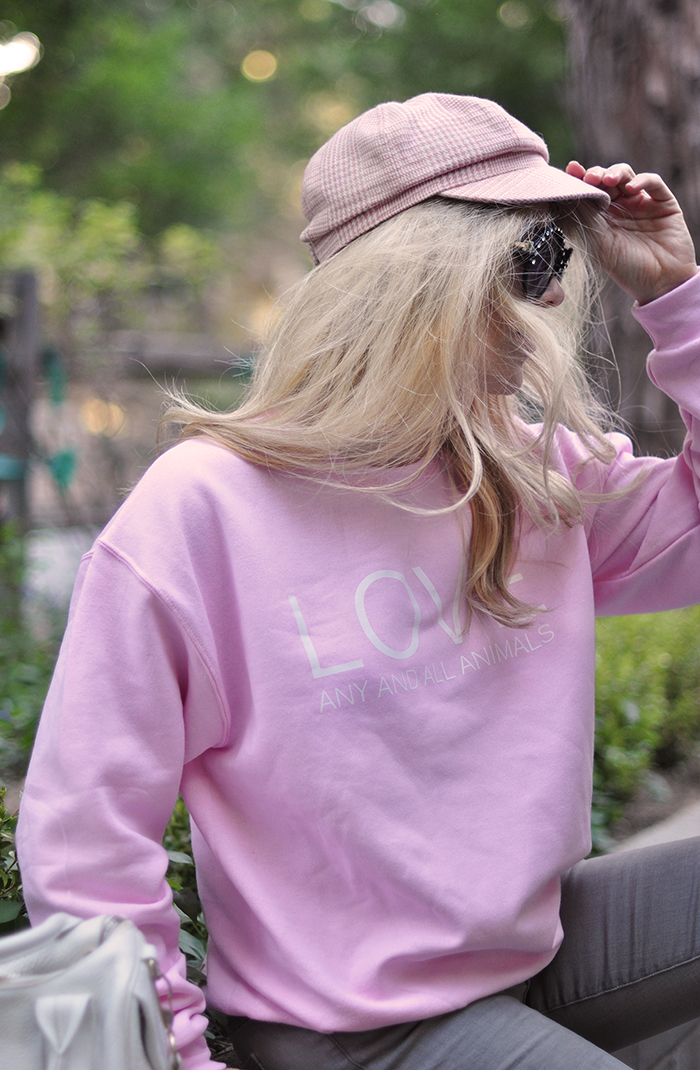 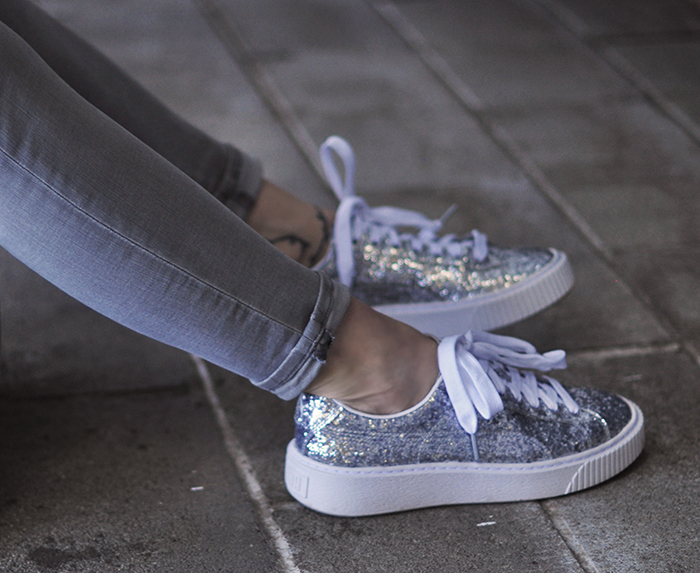 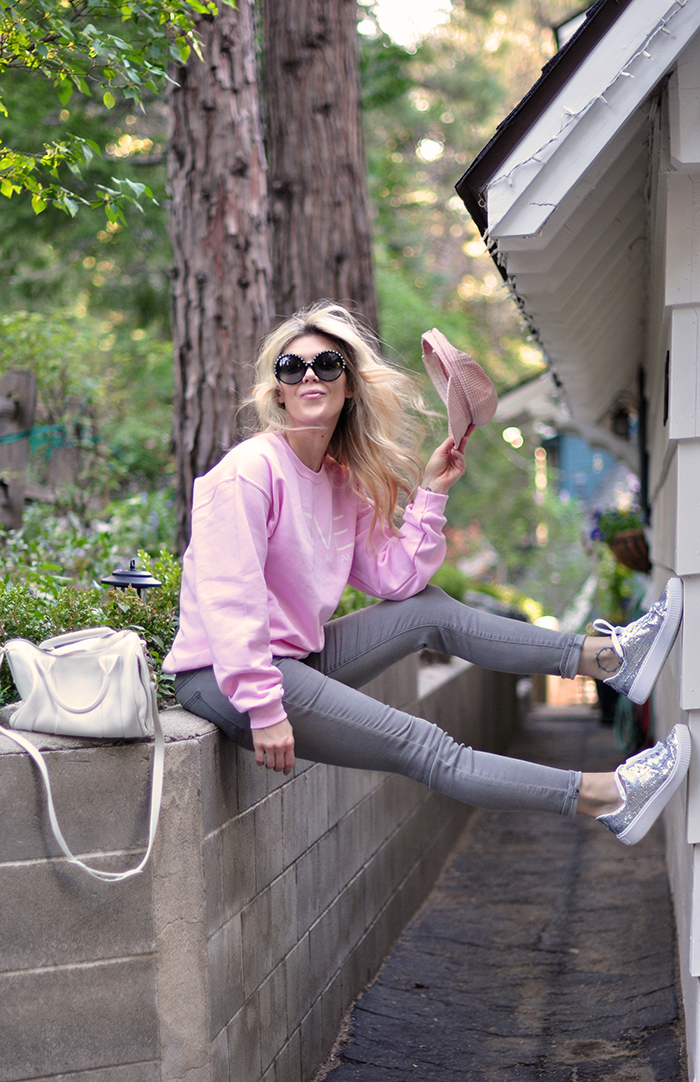 “There are those who look at things the way they are, and ask why? I dream of things that never were and ask, why…