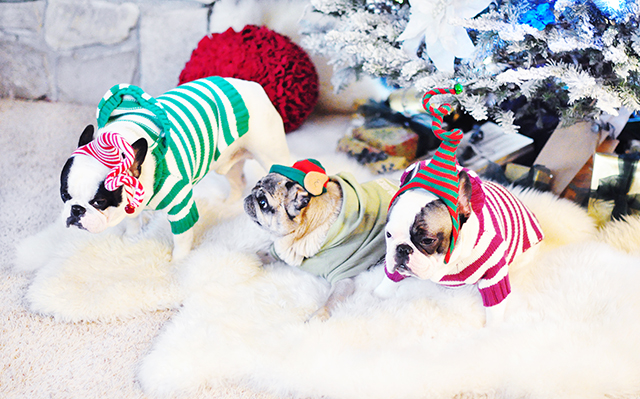 I have to admit that this entire photo shoot had us DYING IN HYSTERICS. For some reason, Trevor and Randy do NOT know what to do when they have clothes on, lol. Sure, it’s probably because they’re DOGS, but Bebop and LeRoy NEVER had an issue wearing clothes, ever.

As soon as I put anything on The Little Lords, they literally just stand there, as if in shock… like they won’t even move. It’s making me laugh just typing it. Randy will at least sit and look worried, but Trevor just stands there like a deer in headlights. Oh man, it’s too funny. Needless to say, our holiday photos look more like grumpy pets being tortured also wearing festive clothes -than wishing you holiday cheer, but I assure you that no animals were harmed in the process, however, I cannot confirm they were not humiliated by our laughter.

Though they may look miserable, they were offered many a’snack and as soon as we pulled their sweaters off, they attacked them and ran away with them, turning our family Christmas photo into a game of tug-of-war. Which is fine, I suppose, they can barely fit into these sweaters anymore anyway, lol.

Poor Bebop’s so old but is still is my best model. He’s always just looked at me when I photographed him rather than look away as soon as I get my camera out – like all the Frenchies do {even LeRoy}. I never even have to bribe Bebop with anything, he’s just such a trooper. He’ll be 14 in 2014. Wow, old Pug, you just keep trucking!

And now, for a ridiculously gratuitous photo overload… that hopefully makes you giggle. 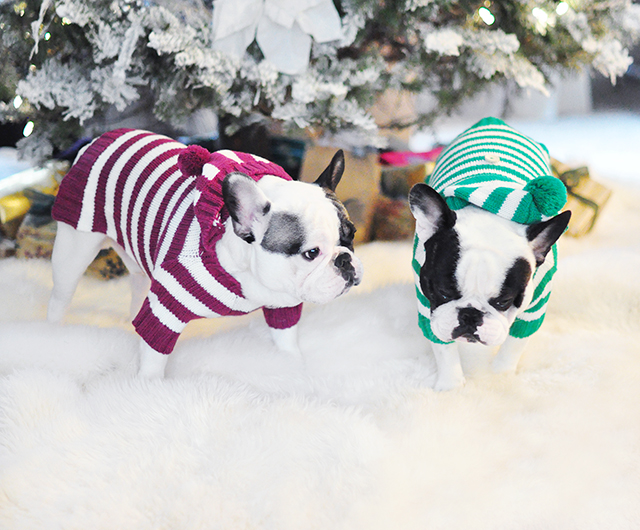 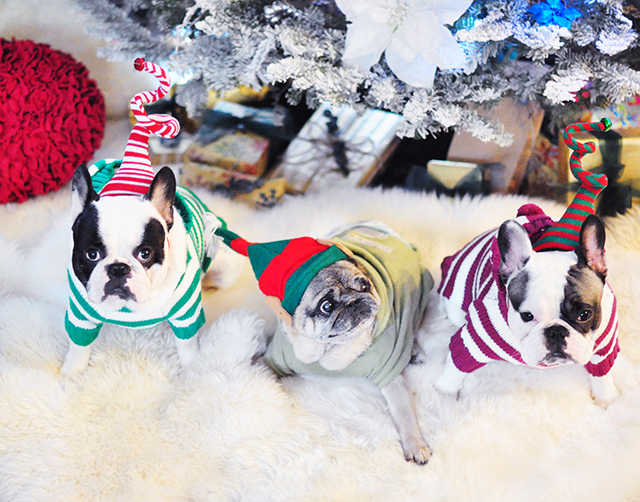 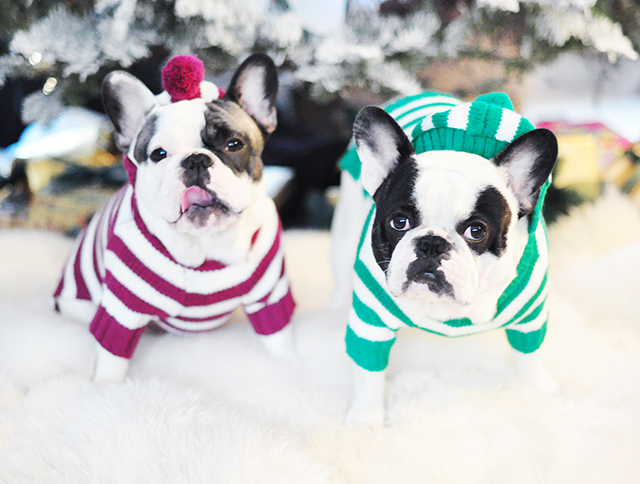 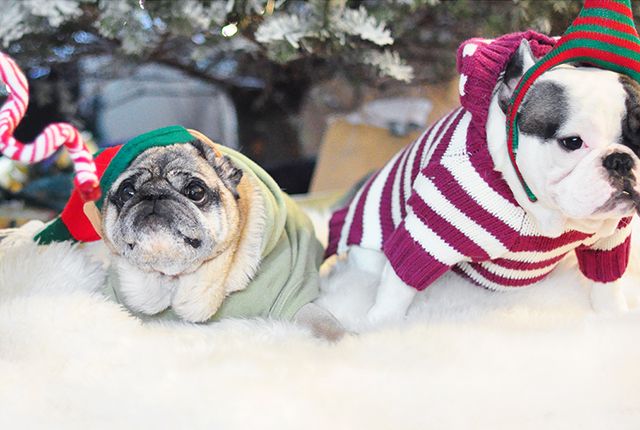 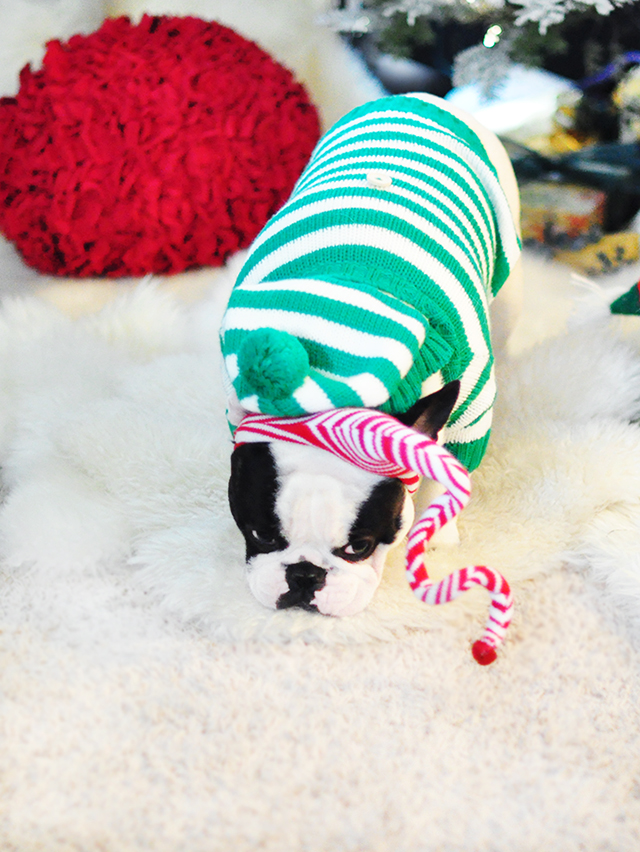 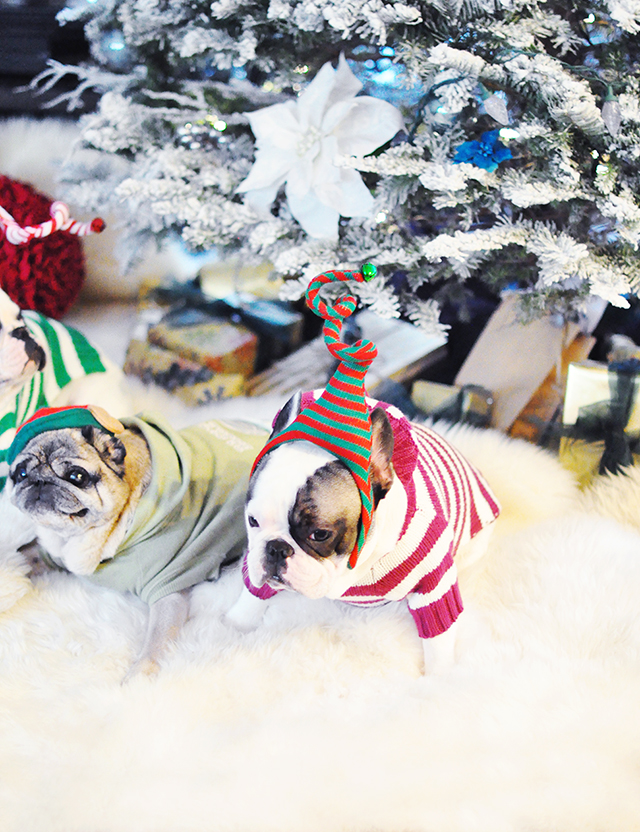 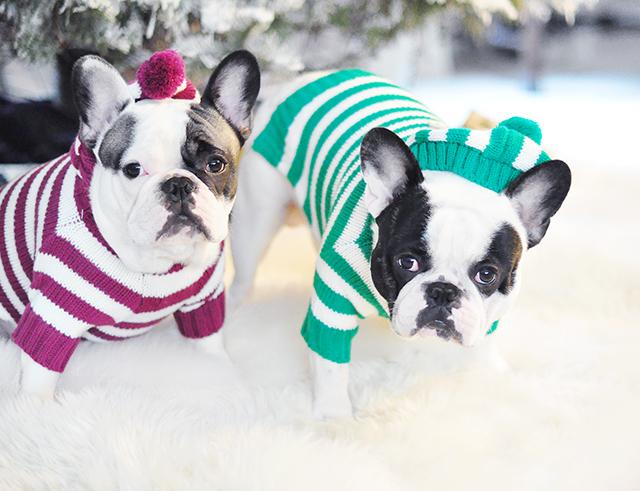 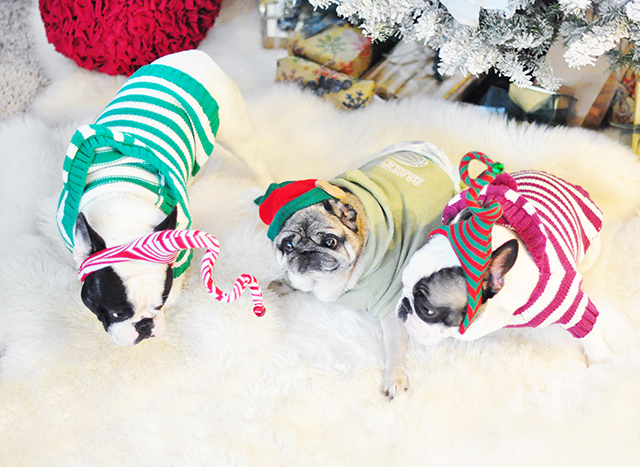 Merry Christmas, Lovecats!
Hope you have a wonderfully magical day!

My Office Sitting Area // DIY Ceiling Tiles Installation + Before & After

Well, I must admit that I have not entirely finished decorating my office sitting area BUT I finally received my globe chandelier/pendant light fixture…