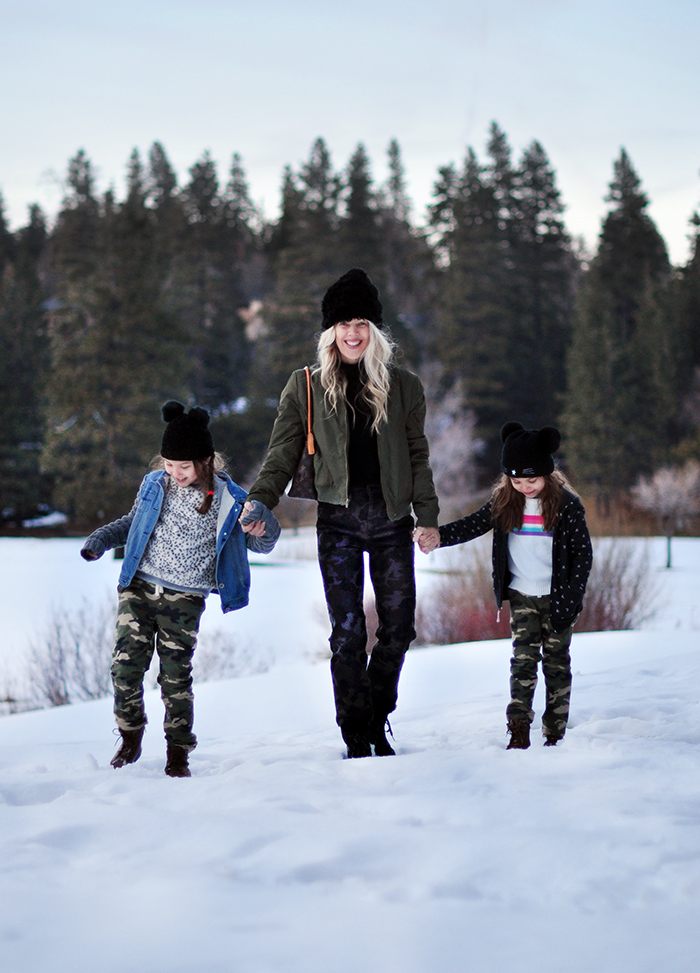 * DL1961 Camo pants – I LOVE these pants. They are so soft and comfy and totally flattering. Size down because they run large. Also seen here in the Fall.
* Black turtleneck sweater (old)
* Army green bomber jacket (old – I think it’s a boy’s XL or a men’s large)
* Furry beanie
* Vintage Louis Vuitton bag – which I’ve been using for just about a year now and even though I have two other newer bags, I can’t seem to make the switch.
* Sorel boots – I wish they still made this style (these are similar but different) because I love them and I’d buy them all over again. They’re super lightweight (vs the original Sorel boot, which as far as style is concerned, are the cutest, but they’re HEAVY on the feet), these are comfy and easy to get into and out of. I think taller Sorel’s keep you a bit warmer, but the ease of these make them my top pic for snow boots. HOWEVER, they have TONS of new styles that are super cute and probably just as great. For the record, this is not sponsored, lol, I just have some real experience living in the snow now. OH AND ALSO, no snow boot, no matter the sole, will keep you from slipping on ice. Boots chains are the best way to prevent that (and easily slip over any shoes or boots) and this coil style works best IMO anyway. 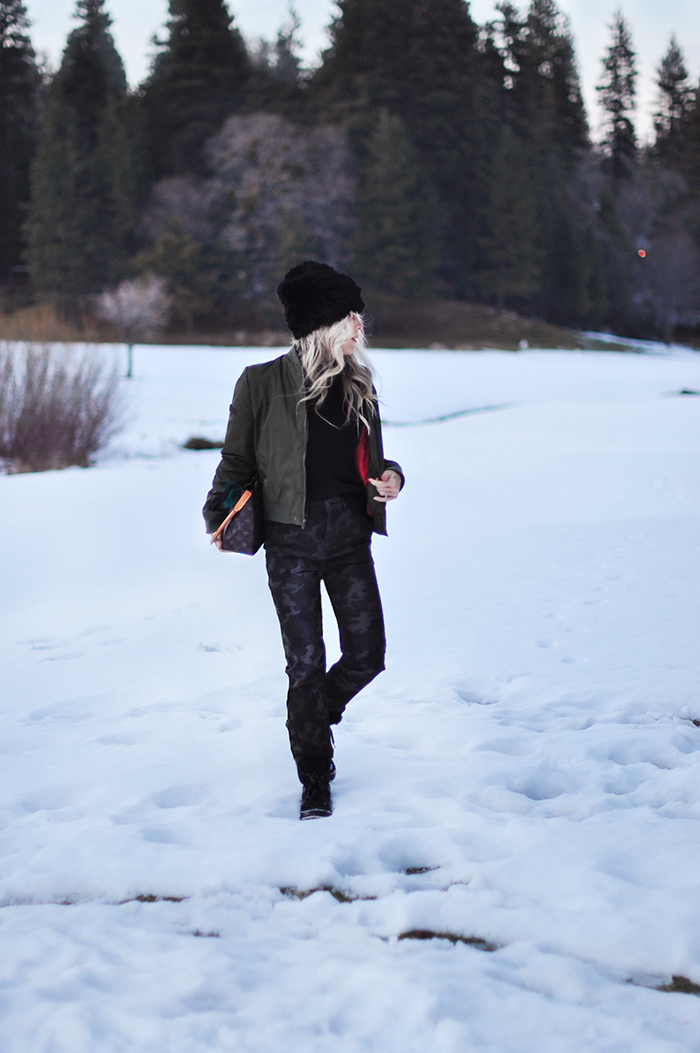 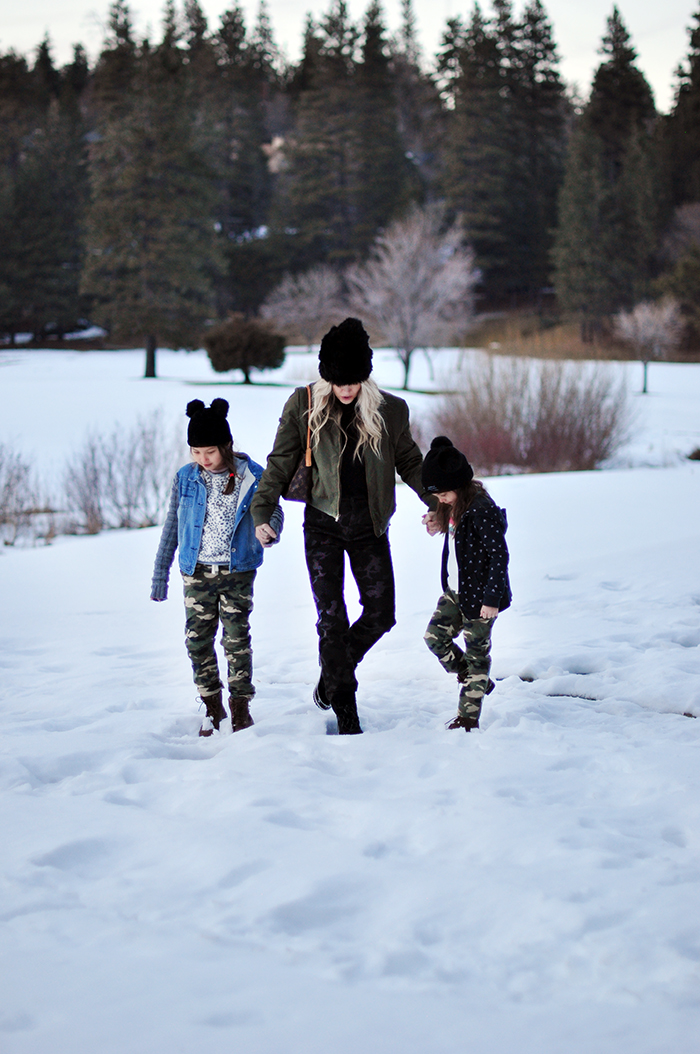 What the Kids are Wearing…

* Camo pants
* Rainbow sweater
* Heart dotted hoodie
* Faux fur leopard sweatshirt
* Pom Pom beanies – we found the one with whiskers at a kiosk in the mall, so cute, with matching scarves in pink and black.
* Denim jacket
* Kids brown boots

I found these super cute camo pants for the girls in the boys’ section at the Children’s Place around Christmas time and thought A. they would make great snow pants and B. They’d (almost) match my favorite camo pants and we could almost potentially match in photos (I didn’t tell them they were from the boys section, lol). Styling kids is hard… I mean, not really, but without spending a fortune I guess, and they grow out of everything so fast and while they will totally agree to let me dress them for photos, they also have their own little style quirks that they hold to… and I don’t like to force anything so we get as close as we can. Also, I haven’t tried THAT hard either… (but I’m thinking thrifting and DIYing might be fun). 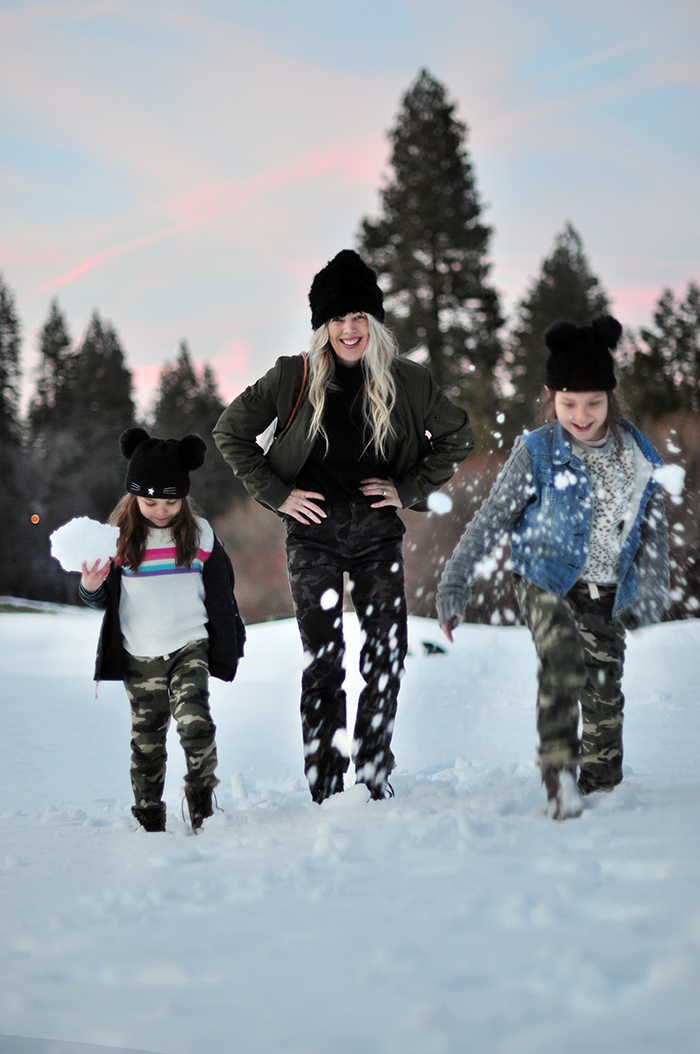 We bundled up for a little snowplay and then in almost an instant the sun was setting and the cold getting colder. It’s kind of been a strange winter so far… two super early and very massive storms and then nothing really. Just cold sunny days where you’re afraid to drive too fast because the roads may be iced over at any turn, especially at night.

I’m feeling a little more creative again and that feels like home, which I love. Juices are flowing and I hear my inner voice far more optimistic than it has been the last few months. I guess that means I’m happy… and I have to say that I feel a little bit freer having announced our engagement the other day. Holding on to information like that makes you feel a certain way, but you almost don’t realize it until you’ve let the cat out of the bag. I can only imagine being pregnant and not being able to share for those first few months holding the same kind of power yet is probably ten times more stressful… especially because you’re also trying to keep calm because of the baby. Again, I can only imagine. This is in no way a hint or clue as to what my future may hold… I swear, if I got pregnant at this point in my life, it would be an actual miracle sent down from heaven above, in Jesus’ name, amen.

But it’s okay. I’m pretty much over that whole phase (that lasted oh, ten years or so) and now that I have two little girls in my life fairly regularly, though not every day, it’s filling that mom-kid-family void up pretty high.

In all honesty, there are times when I think I’m not even cut out for it and then I have little tiny moments to myself where I’m folding little pink shirts with unicorns and stacking them up next to a pile of other tiny little human clothes that I catch myself smiling and feeling that little chill run though my entire body. Or when a song comes on the radio and it reminds me of the girls and that time it came on in the car and we all started singing along at the same time. Those little moments make me smile.

This is all still so new to me and even I expected myself to just know exactly what to do in every situation and be great at it. But that’s not even close to the case. Mostly, kids are a lot of hard work, the kind of hard work that doesn’t make you feel like you’ve gotten anything accomplished at the end of the day. But those moments… those little moments and memories that hit you -days and weeks and months later, that’s where it’s at. That’s where feelings well up and make you want to burst into a hundred million heart emojis. And I guess that’s what it feels like to be a mom. 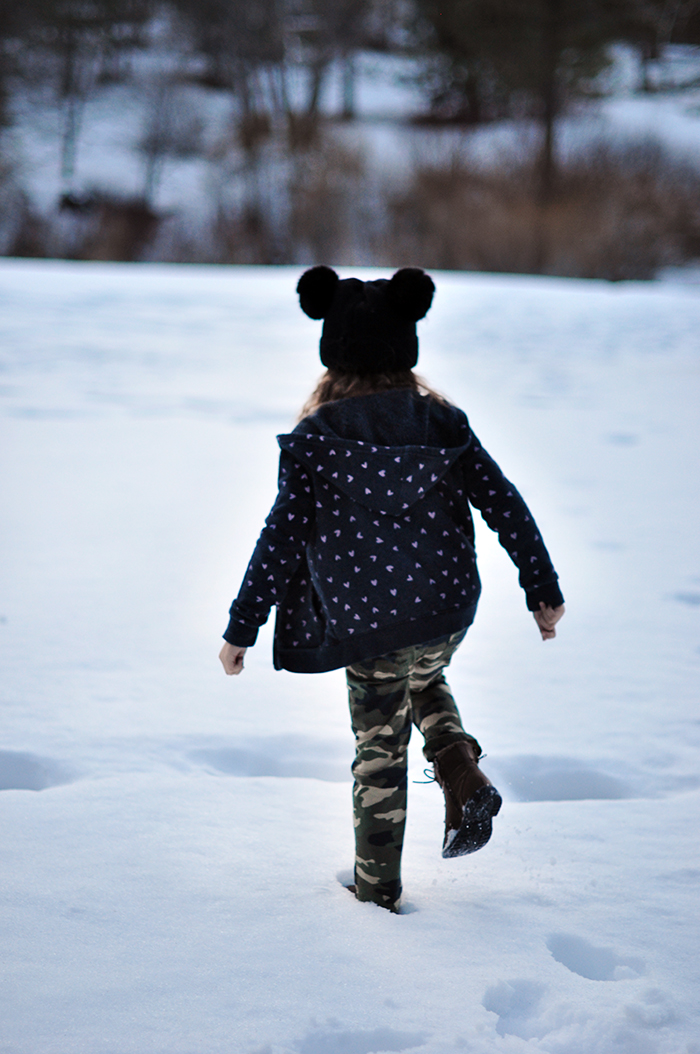 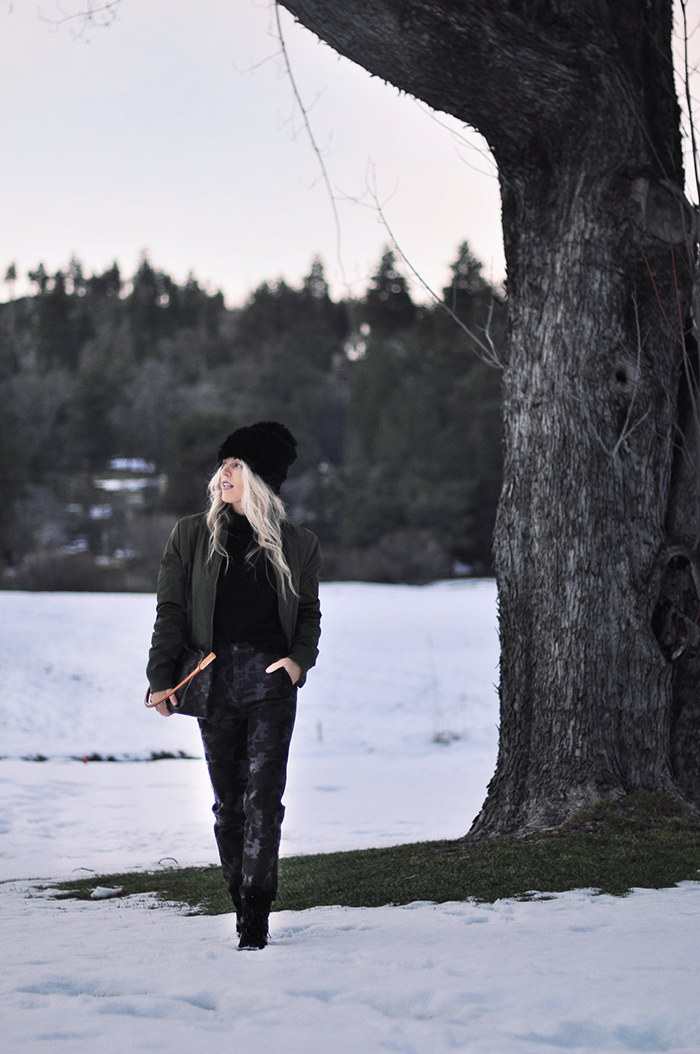 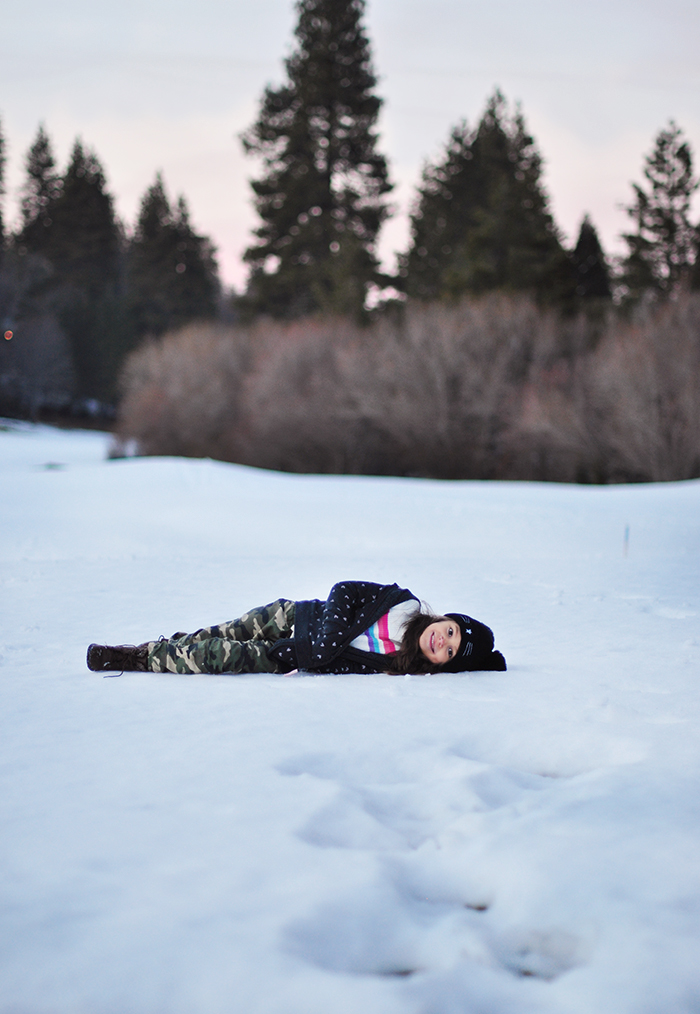 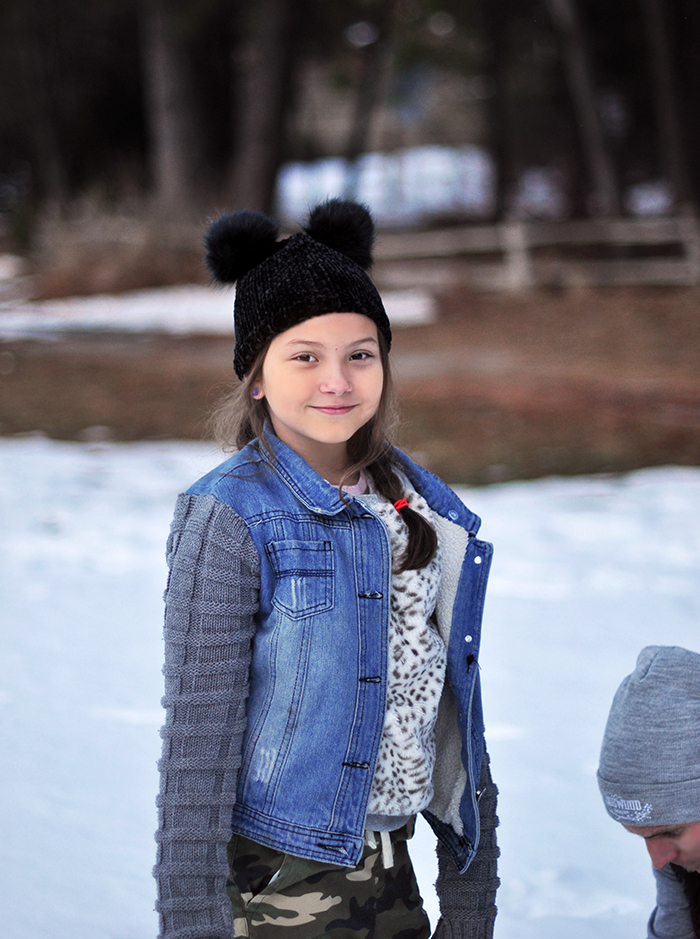 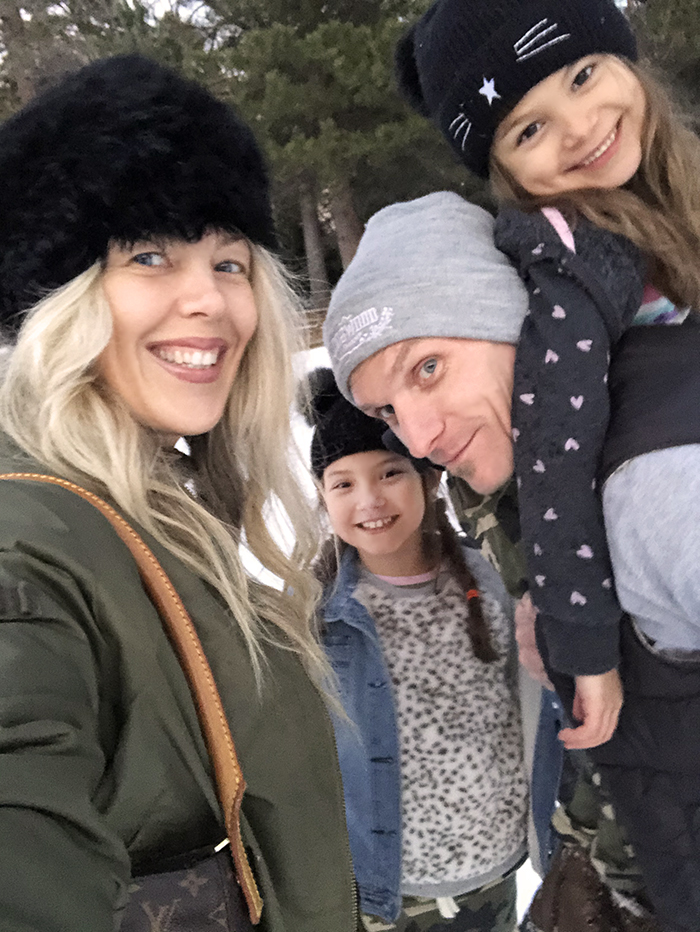 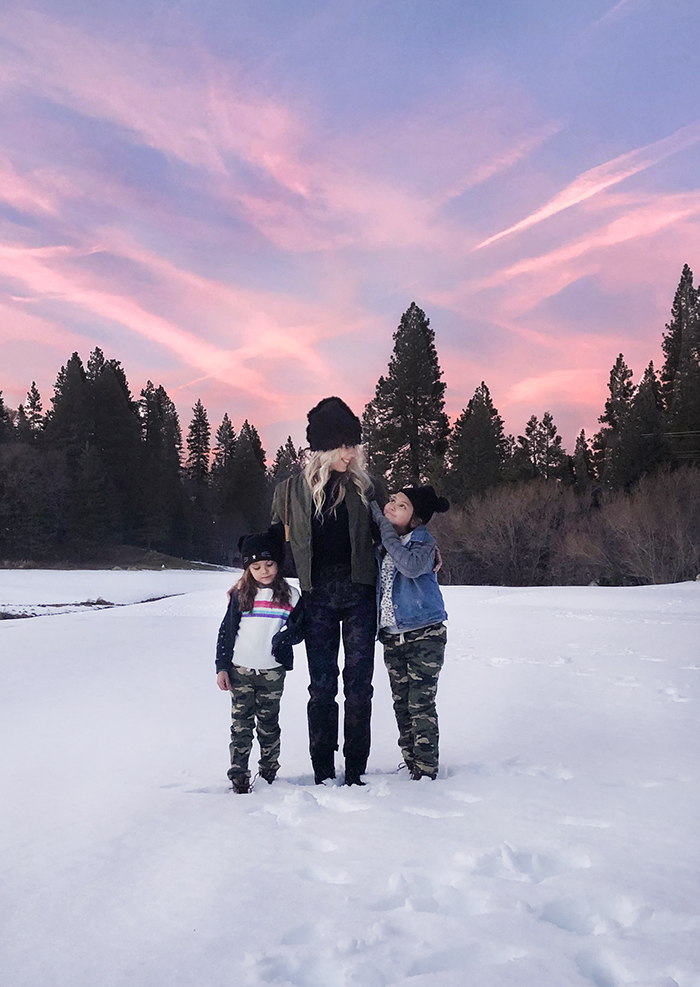 That sunset though… no filter there, it’s the real deal.

* Find all my Style posts here

Holiday… Celebrate! {my first outfit post in the mountains}

What I’m Wearing… * Cynthia Steffe ivory and gold dress {from the St. Barth’s Bag I Curated at The List} * Kara Ross stingray…