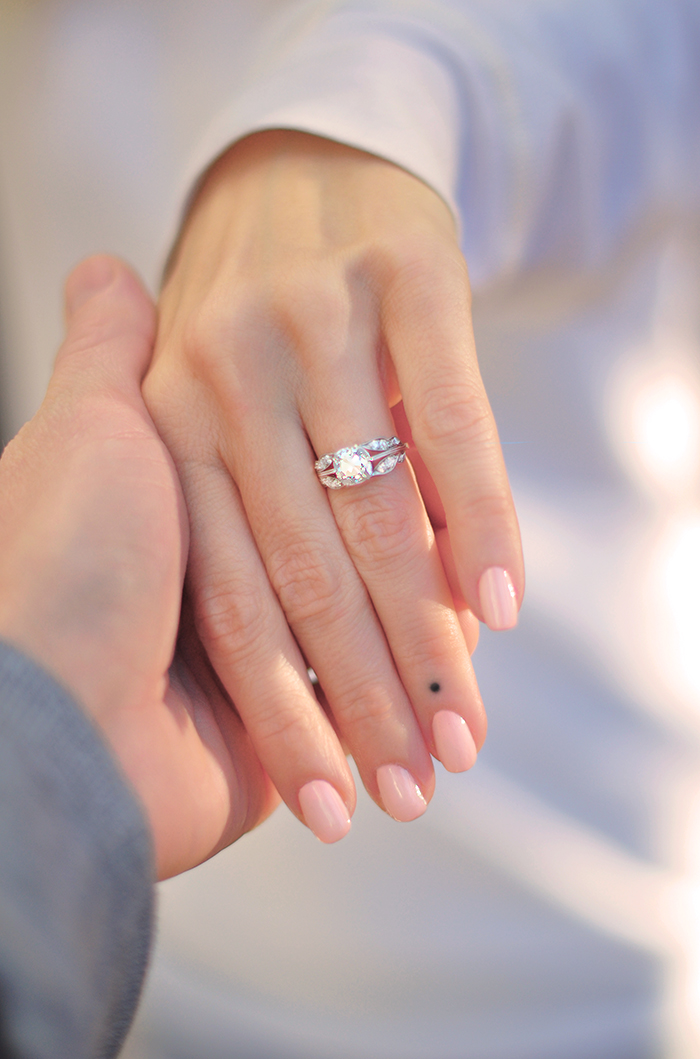 He proposed on September 12th at Dogwood… he was bartending that night while I was hosting Karaoke… and though it wasn’t the most romantic proposal, it was quite fitting actually, since technically, Dogwood is where -and probably why, we fell in love.

He secretly asked one of our really great singers, Sean, to sing an Ed Sheeran song and chose Thinking Out Loud. When I called Sean up to sing, he told me the song was for “Chad” and shrugged a little bit. In the middle of his song “Chad” ran over to me and proposed as quickly as his nerves would allow. It was really sweet, even though he did not get down on one knee… and so before I said yes, I said “Well aren’t you going to get down on one knee?” -because I couldn’t help myself. He did, and I said yes and slipped the ring on my finger and he ran back behind the bar as the song ended. It all happened so quickly. I stood there smiling and in a bit of shock when someone grabbed the mic from my hand and announced it to everyone there.

We found love right where we are

We had met once in the Summer of 2016 but I only remember his eyes lighting up when he looked at me and his inviting smile. I smiled back but at the time didn’t think anything more… Then later that summer we met again, at the building that would become Dogwood Tavern when we agreed to be business partners. By the end of October 2016 we were signing the lease on the building, bidding for a liquor license, talking about names for the business and beginning renovation.

That first 3-4 months or so into the renovation after our initial celebratory “we’re gonna open a business” phase, I hated him… and I’m pretty sure he hated me too. Like any great romantic comedy, we began as enemies who couldn’t stand each other. His text messages had brought me to tears. Our phone conversations would end in screaming matches and eventual hang ups. I even remember telling our other business partner (who happens to be his cousin) that I didn’t know if this was going to work because he was too difficult.

In the very beginning though, I was left out of the process more than I wanted to be but as we began meeting almost every night to work on the renovation, little truths came out here and there that made us question everything we thought we knew about one another. It seemed as though we had been purposely told mistruths about one another to keep us apart, or for reasons we weren’t aware of.

Well into 2017 Chad and I were meeting to work on the renovation night after night, mostly alone at this point just to finish as quickly as possible, and in that time spent together, we realized we were on the same page about the business on almost every level. We talked and laughed while we worked and became friends and when you’re working with someone who is as passionate as you are about the same project, it’s easy to relate on many levels.

We remained friends for many reasons, but mostly I was reluctant to get into a relationship with a business partner when so much was at stake, he still had personality traits that triggered me into a rage (lol-still does) and we were both recently out of relationships we hadn’t healed from… but by the end of the Summer of 2017 when we couldn’t deny the sparks and chemistry any longer, we realized our friendship had grown into something much deeper.

After I sold my house last spring, we moved in together in June 2019 and then in September, he proposed. 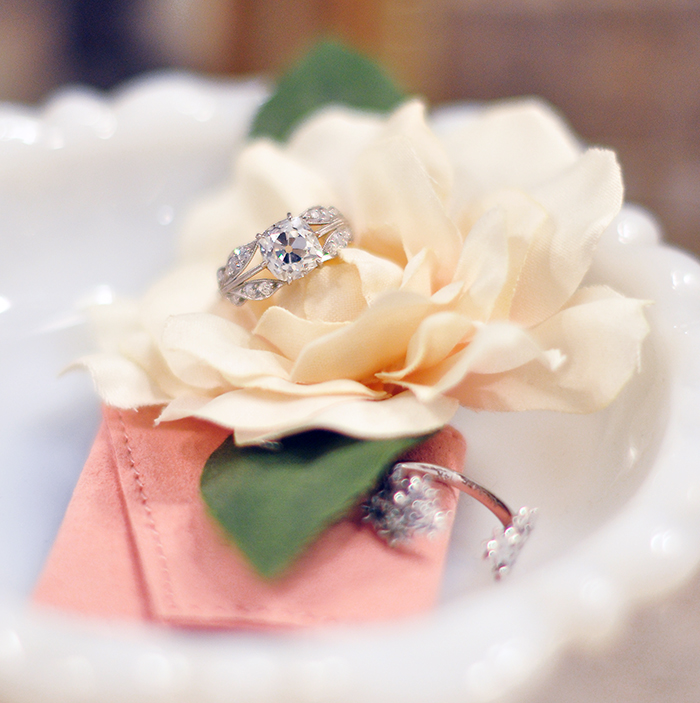 This incredible vintage ring is from a private jeweler/seller on Instagram @savannah_glen_estate_jewelry. The center stone is a 2.23 carat old mine cut diamond (look for the windmill shape in the center) that could be close to 200 years old, based on the GIA cert. (the old mine cut dates to the 1700s but was most prevalent during the Victorian and Edwardian Eras). It’s placed in a platinum setting with a leafy/floral design in filigree style with similarly cut smaller diamonds on each side.

It’s truly incredible in person and I adore it. The photos don’t do it justice. I love that it’s vintage (which also means the diamond is ethical and conflict-free) and has a story and is one of a kind. It’s all the things I’d choose, if I chose it… and this time I didn’t. He chose it for me 🙂 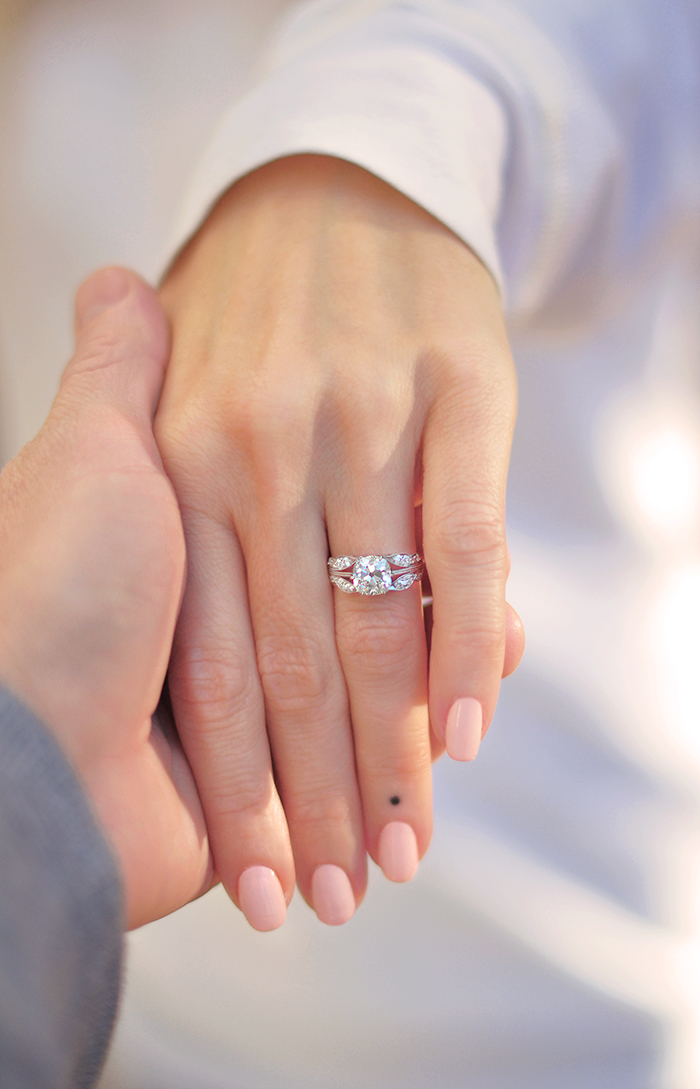 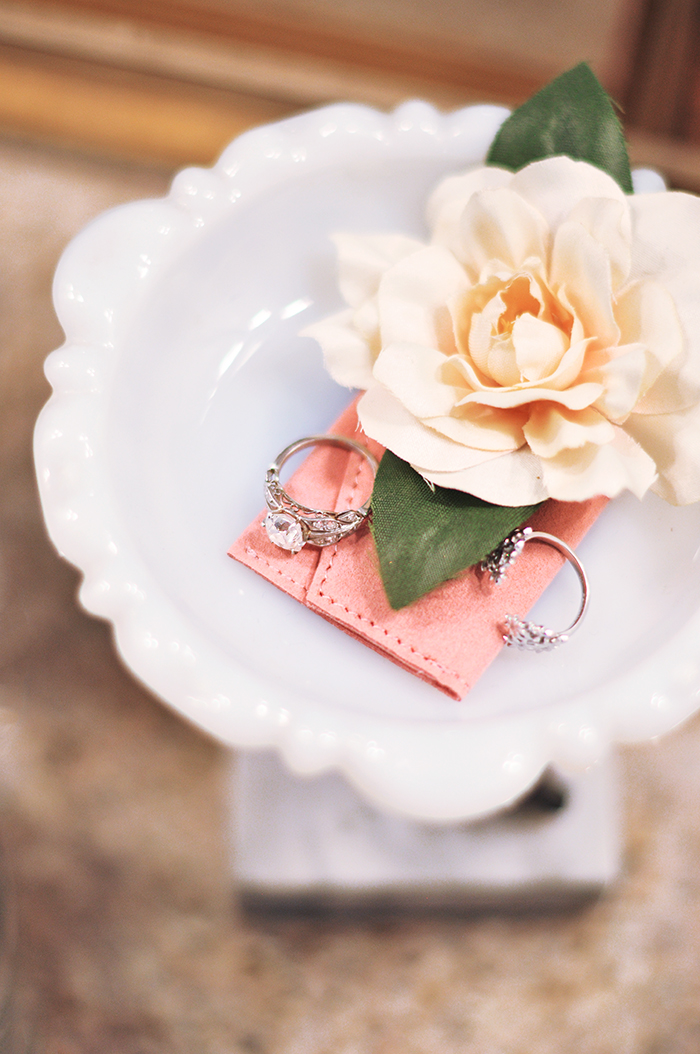 Baby your smile’s forever in my mind and memory

I’ve been holding back on sharing because in all honesty, sometimes I get cold feet… I come with a past, he comes with a past, there are behavioral issues, and children and a business we run together and that all adds up to major stress. This is maybe one of the hardest, most challenging relationships I’ve ever been in and it’s a work in progress, as all relationships are, and we both have a lot of work to do in so many areas. But there is also so much love and passion and that’s what always holds us together. I see something in his eyes that I’ve never seen before and it’s so different that I can’t deny it.

If you follow my Pinterest, you’ll see tons of wedding-themed images in spurts… I get excited thinking about planning and then I stop. And then I start again. We’ve had conversations about the wedding and where we’d like to have it and possible dates and that’s exciting but also strange. I’m no Spring chicken and I’ve been married before and so it brings up a ton of emotional stuff for me that hopefully one day will no longer remain.

I’ve stepped into a world that is completely out of my comfort zone, completely chaotic and unbalanced and when things get overwhelming I go into protection mode and shut off. I wonder sometimes if I’ll ever trust myself to be 100% sure about anything again… experiences and past lives have made permanent scars on my soul but I’m trying to be open. Sometimes I just want to dive in head first and ignore all the red flags and other times I’m inching in one tippy toe at a time wondering if they are truly red flags or if my emotional scars are just being triggered. My instincts and intuition have a history and can’t always be trusted.

I’m scared but also hopeful… Hopeful that this love will be healing on so many levels as it already has been… but with healing comes an immense amount of pain and discomfort and sometimes I want to run away to find easy again. I know from my past that easy gets really boring and I also know that true growth takes time and patience and a ton of effort and if we’re both in it for the long haul then we both need to take responsibility for what we’re bringing into the relationship, be mindful of boundaries and expectations and grow individually and as a couple finding our way in this world together.

There is no such thing as a perfect relationship no matter what we see or read or hear, perfect does not exist. The daily work exists, remaining true to ourselves while also hopefully meeting our partner’s needs without becoming codependent is a battle for me and maybe many other women (and maybe men too). Being mindful and practicing self-care is a necessary aspect of any relationship because the one we have with ourselves must be strong in order to be available emotionally and present physically for others. I am conflicted with this as my life has changed so much in the last few years… and you know, I overthink everything.

As exciting and fun as the thought of planning the wedding and sharing those kinds of posts with you is, I feel that it’s just as important to show the truth about our relationship, the work we do, the effort we put forth into merging our lives together because, well, I can’t help it.

There is beauty in the pain because it’s a path to the light. There is so much to be learned in the tough and sticky spots. Wedding planning is a fun distraction and with engagements and weddings comes hope for a brighter future and fairytale dreams, but if the foundation isn’t built right, then a marriage will crumble and if I’m going to do this again, then I’m going to do it right from the beginning.

Q & A: Jobs, Career, Art Gallery, Goddess, What did you want to be?

Q from J-Diggety @ Better Late than Never! Also, how did you get to work at an art gallery? Is this your dream career?…