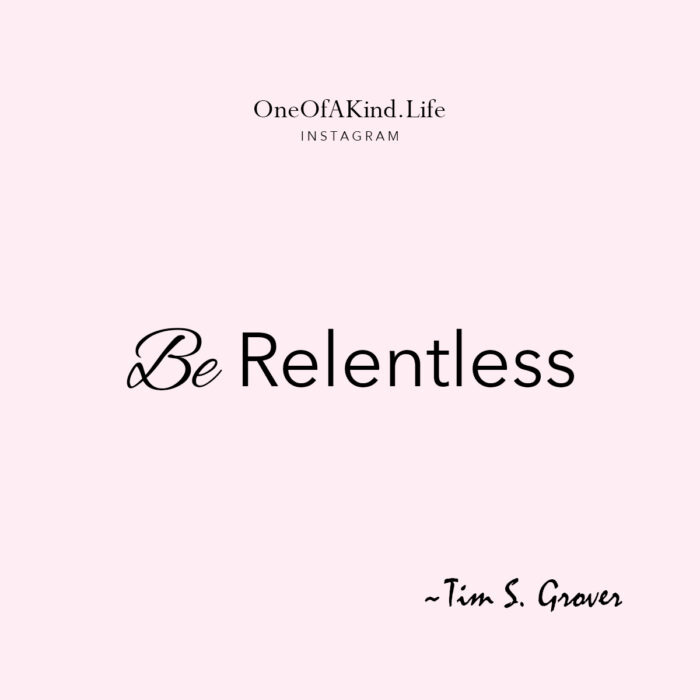 When I was in the haze of what I now know to be the end days of my marriage, I found myself in a dreamworld of sorts. I was dreaming up all the possibilities that my life could become rather than focusing on all the things my life was not.

By dreaming for more however, it was assumed that I had not found happiness in my current reality – or rather, that the happiness was no longer my current reality, which was the truth. I didn’t know then that I would soon be thrust into the unknown without a husband, about to turn 40 and full speed into a new reality… a reality which was uncertain and not completely thought out, obviously, and far from the dreams that I had envisioned it to be.

Fantasy vs reality is a tough pill to swallow, and as sure as I was, my current self wonders if my past self was having moments of insanity whilst making certain decisions. This, however, is only because future self doesn’t exist yet. Current self is still working toward future self AND her future dream life she KNOWS exists but is slowly running out of patience wondering why it all has to be so damn difficult to get to… because in past self’s dreams, it all just appeared so easily.

It’s like when you want something, you have this vision of what it’s going to be and you visualize it (by accident or on purpose) and plan it out and see it all in the end, happy and smiling and greatness… and you go YES! THAT’S WHAT I WANT and you put this new goal into your sights and you start working toward it. You do whatever it takes to set it into motion…

And then in the middle of all the work you start to lose the passion and forward motion because it just gets so fucking hard you wonder if you were crazy to think you could have it in the first place… but the vision of the end result is so clear that you know it already must exist somewhere in time and space because you can STILL see it and feel it so clearly AS IF IT IS REAL NOW.

It’s funny because for so long I was almost searching for this struggle.

I suppose I have to admit then, that I also love the struggle.

I think this is why people give up on their dreams though. When the work all gets too hard and the original vision is now blurred with all the mud and dirt and sweat and tears and suddenly it doesn’t look so shiny and new anymore, it’s become a faded old photograph of an idea that could have been but just feels far too out of reach now.

Unfortunately, giving up is never an option for me. For the big stuff anyway. Sure I’ve tried a billion things that I saw through to the end and that may have not necessarily “succeeded” but I honestly feel like there is no such real thing as failure.

Second of all, even if at first something feels like a failure and your ego gets a big smack in the mouth and you cry for days about it, you’ve still learned something amazing from it and then you pick yourself back up and you go at it again. You do something else, you try something new.

I don’t like to use the word try though… and I’ve said this for years.

I think there is really no such thing as “trying”. You either do something or you don’t do it. Trying is just an excuse for not doing it all the way. Like… I had this goal and I tried, but it didn’t work out so I dunno… just doesn’t cut it for me. You didn’t try hard enough then. You didn’t put the effort in. You didn’t bring your A Game. You didn’t see it through til the end. Or maybe you just didn’t want it bad enough. In this case, the failure is not in the “thing” not succeeding, it’s in the not working hard enough to get it to the success category and then having an excuse as to why.

Which probably sounds really harsh… BUT, it’s simply my opinion. I’m not judging others on it (unless it affects me in life or business, lol) but I’m judging myself on it, and I rarely let myself off the hook for it.

My husband used to tell me I was different and that I was too hard on myself and expected too much from other people. He was probably right, but I never understood what he meant. I never felt different or special and typically just felt like anyone could work hard, it was just a matter of choice. Hard work isn’t a talent… anyone can do it, I INSISTED – but he constantly told me I was wrong and that I am different.

I used to think it was just an excuse for him not working as hard as I was, but I recently read the book Relentless by Tim S. Grover and finally understood what he meant. He used to compare me to great athletes like Michael Jordan and Kobe Bryant and I was like PLEASE, I am nowhere NEAR the level of those two greats. I even defended them saying that sure they had great talent BUT they just worked harder than everyone else… and he agreed saying that’s the difference. Few people are willing to put in the work to achieve the results. Because oftentimes, it’s back-breaking. It takes everything from you… but you do it anyway.

I was flattered he compared me to greats… but clearly their version of success is on a level that I can’t even comprehend (yet).

Reading Relentless actually finally clarified what he meant all those years and taught me a little bit about myself that I never could see. The only difference I still see is that I am willing to do whatever it takes (and maybe for some, that’s not a good thing?). For me, it’s as simple as putting in the effort and never calling it quits. When you’re working for something, you work all the time at it… not just when you feel like it. It’s an all or nothing type thing.

I am so far from where I want to be but have achieved dreams I thought were impossible and created things from nothing and turned them into something. Remember that success is relative BUT it’s also time. It’s passion. It’s effort. It’s gratitude. It’s hard work. It’s remembering the reason why you started. Remembering that dream you had before you started. Continue visualizing that end game every time it gets too difficult to keep going.

That’s the only key to success I think. Not quitting.

* Find all my #MondayMotivation Posts here