Throughout my life, I have had the pleasure of owning 8 different dogs, including my two present lovelies; Bebop the Pug and LeRoy the French Bulldog. This is the story of LeRoy when he was a puppy… 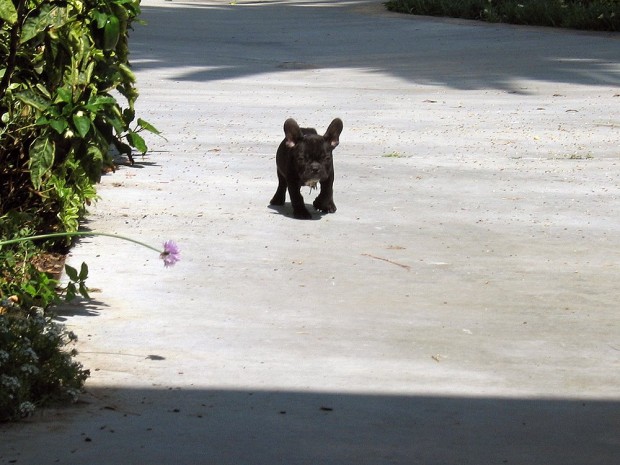 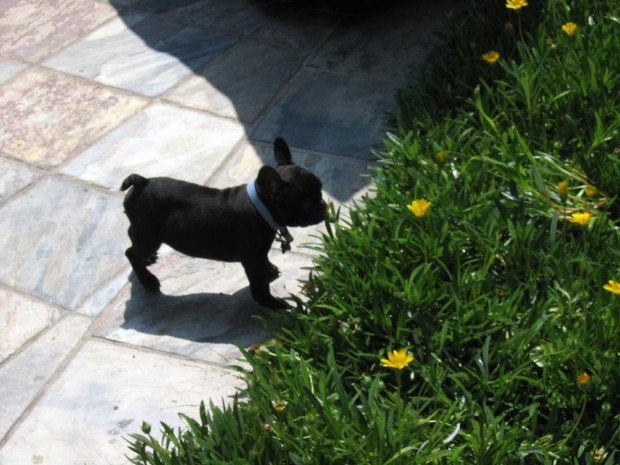 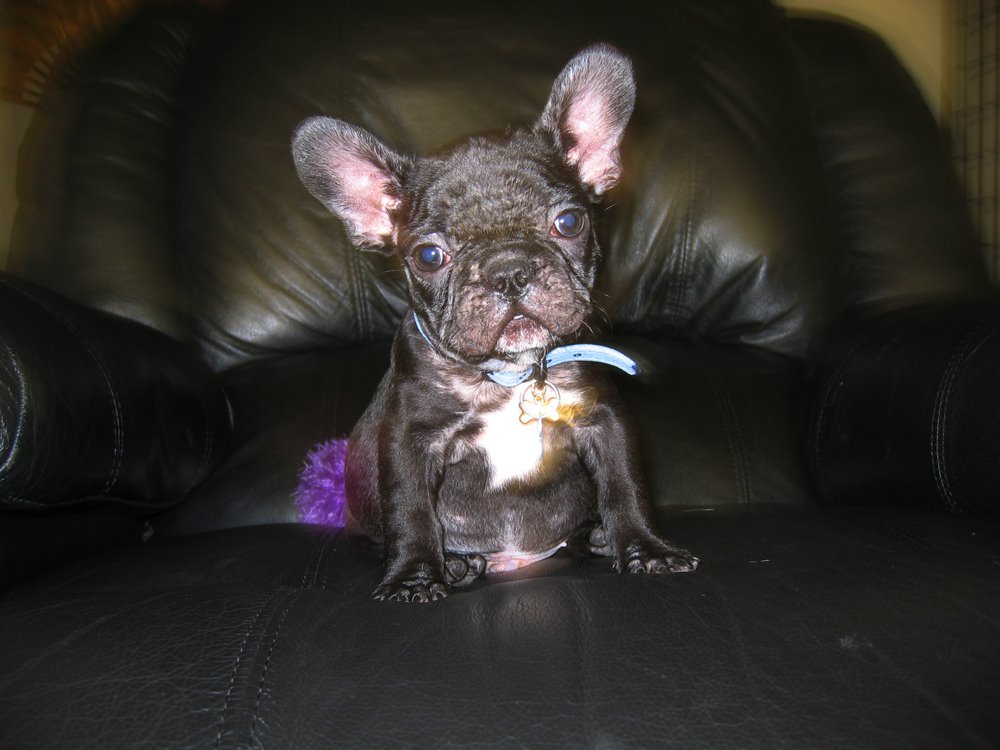 LeRoy is the first dog who was a puppy when I got him. He was just eight weeks old and he was the cutest little thing I had ever seen and has turned into the best dog I have ever had and I can only guess it’s because I had him from the beginning. He was also the first dog that I didn’t “rescue”…

However, LeRoy was the runt of the litter, the last pup left, and clearly meant for me. Due to improper breeding, he also had a string of health issues and because of it, I feel like he was a rescue because had we not taken him, his fate may have been much different. 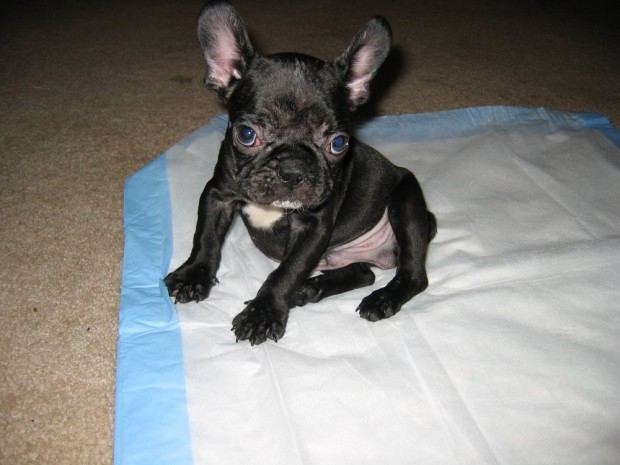 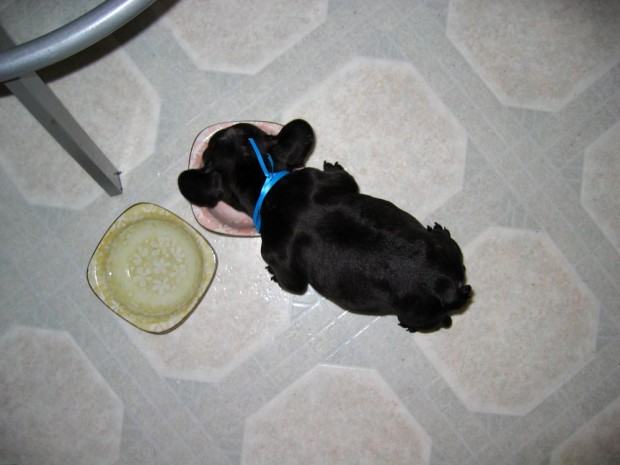 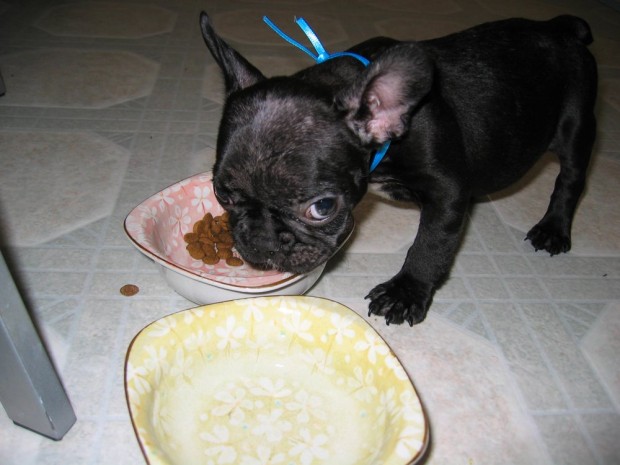 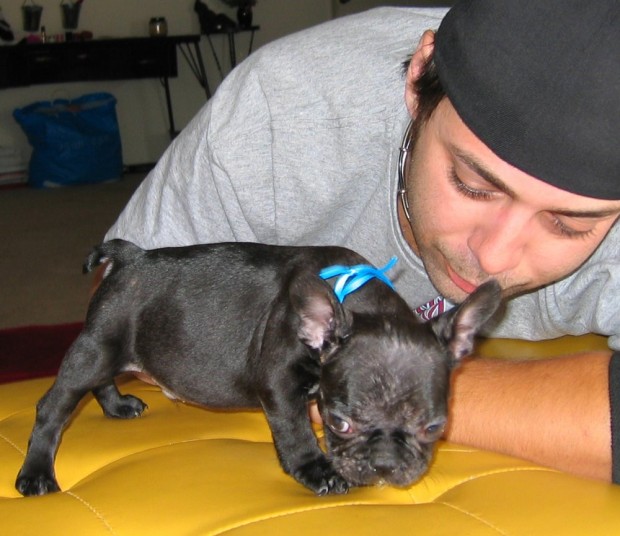 To give you an idea of his size …Bebop was 3 years old here and full grown and LeRoy must have been at least three months old here because he was wearing his first collar that was so big at first, I used a ribbon instead. 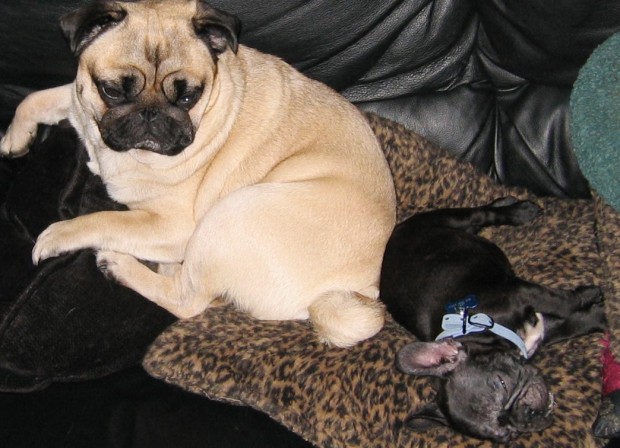 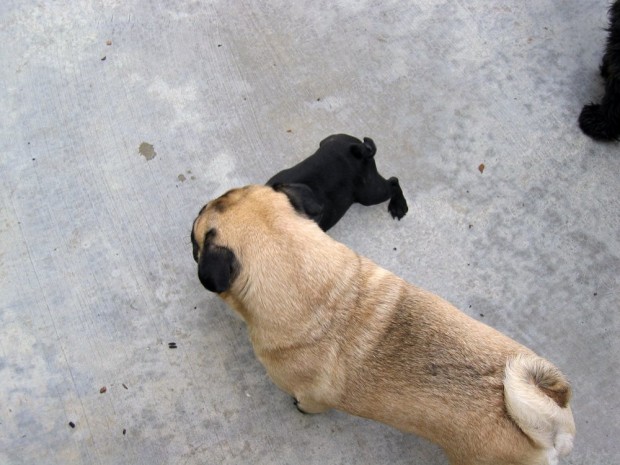 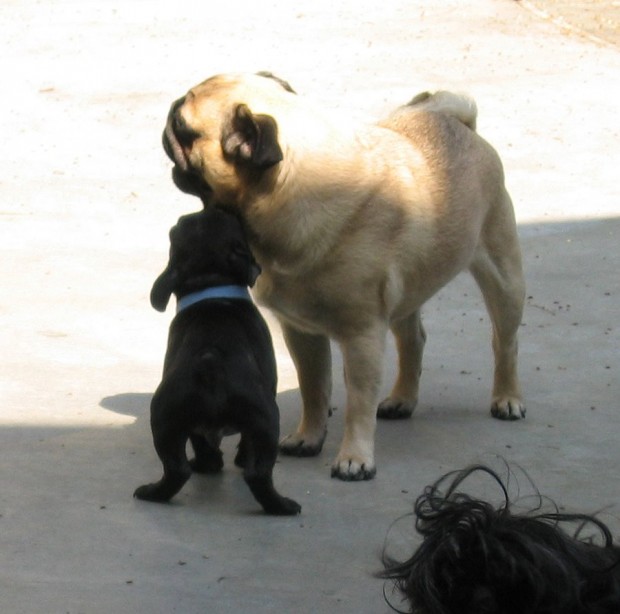 Unfortunately, LeRoy was bittersweet. He was a replacement for my Boston Terrier, Billy, who had been hit by a car and died 7 days prior, on my 28th birthday. Billy was only two years old. When I look at these puppy pictures of LeRoy, emotions that I did not know were still floating around surface and turn into tears. It marks such a difficult time in my life. 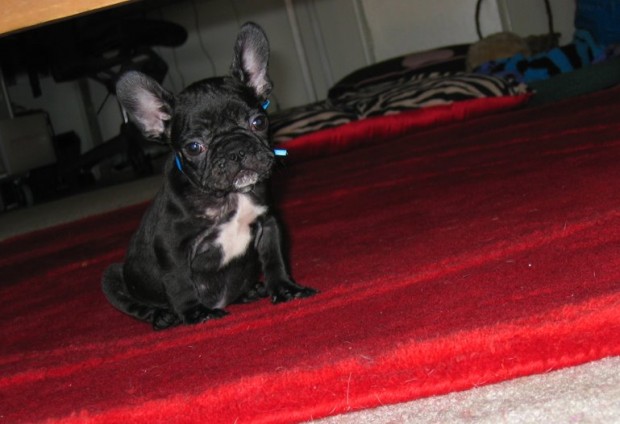 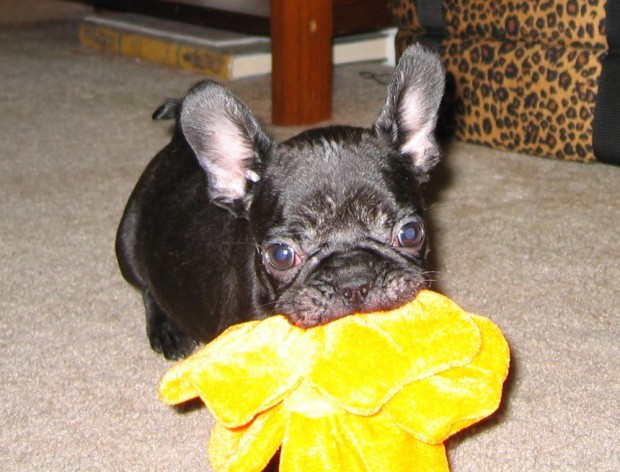 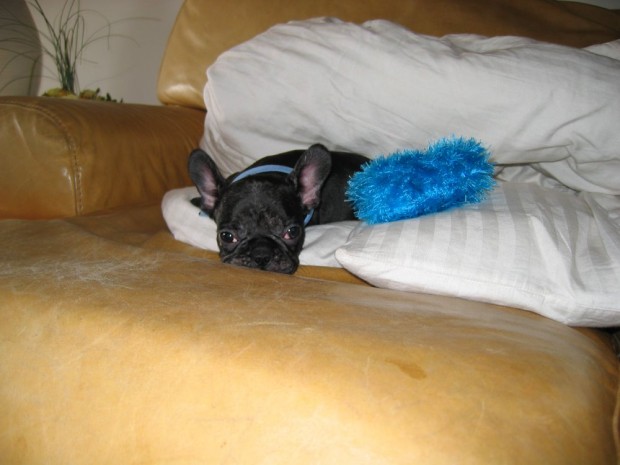 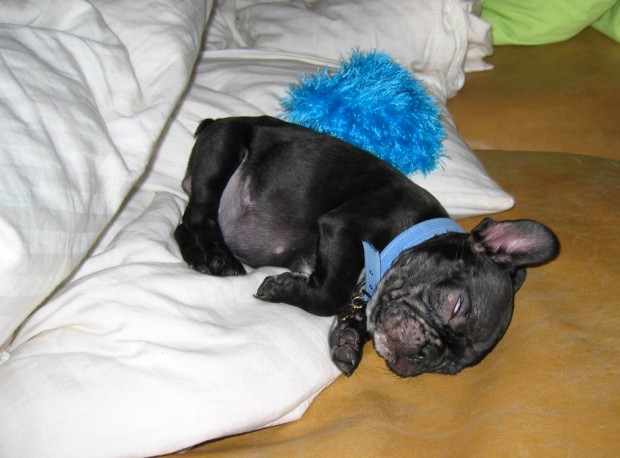 LeRoy is super sensitive to my emotional state. He gets very worried if I am upset. I just had a realization recently that this could possibly result from my massive crying spells due to the sudden loss of the other dog, Billy. LeRoy would just lie on my chest while I sobbed and petted him. It was quite apparent that I was already in love with the new puppy but still a wreck over the loss of Billy.

But I tend to overthink everything of course, and LeRoy is very well adjusted, and the best dog ever. 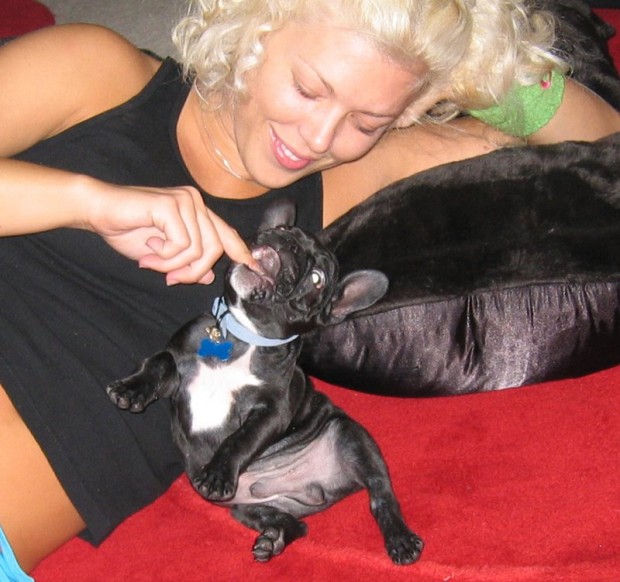 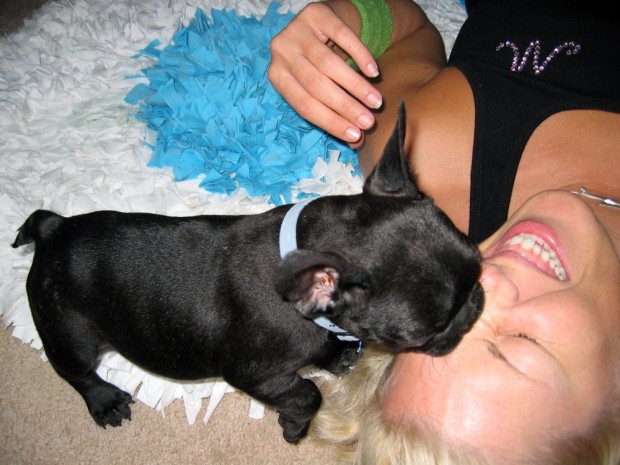 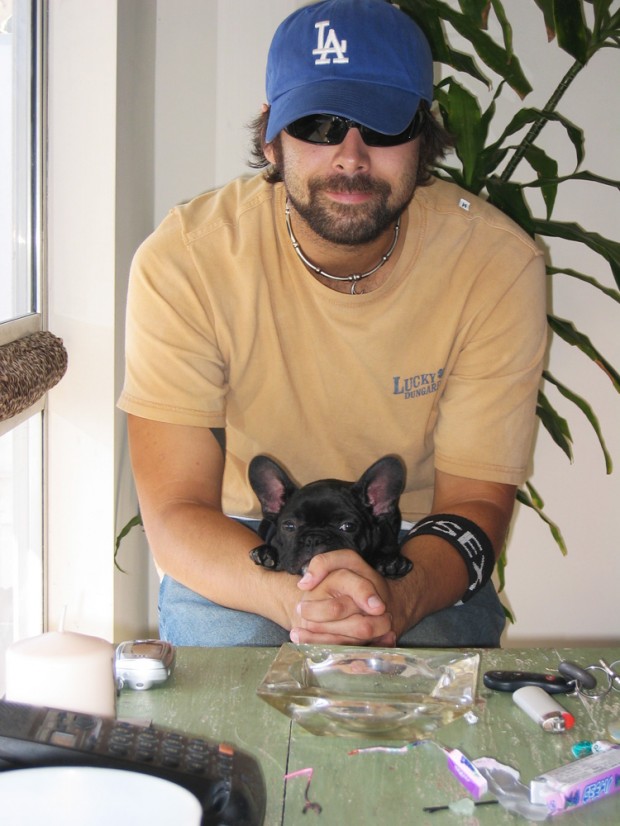 Just one of the toys. 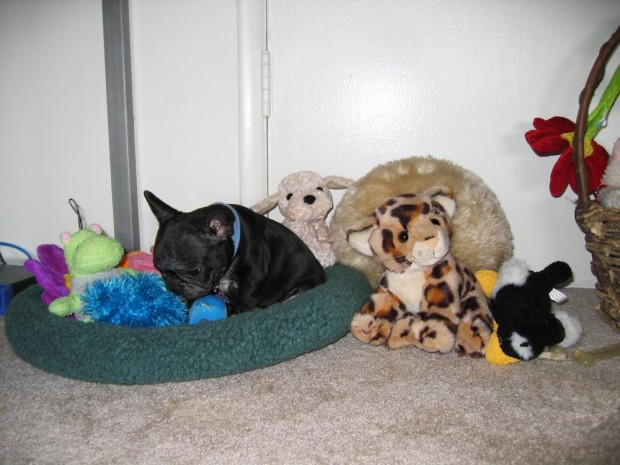 He was so perfect, he peed in hearts #finditineverything {a more recent update here} 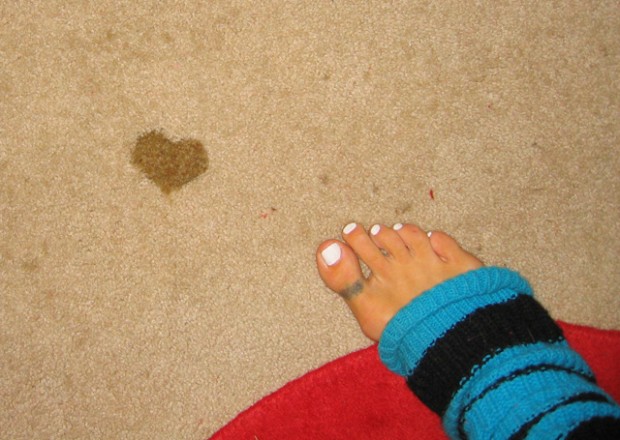 About a year old here… 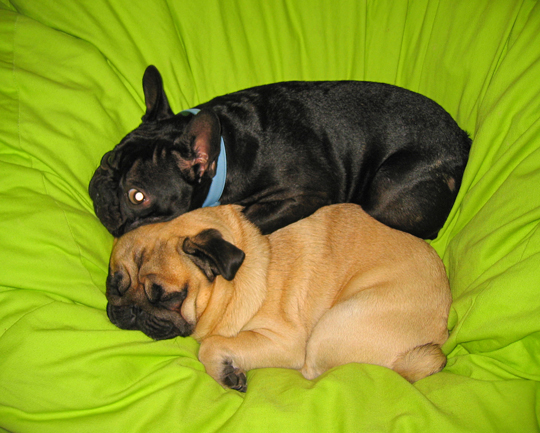 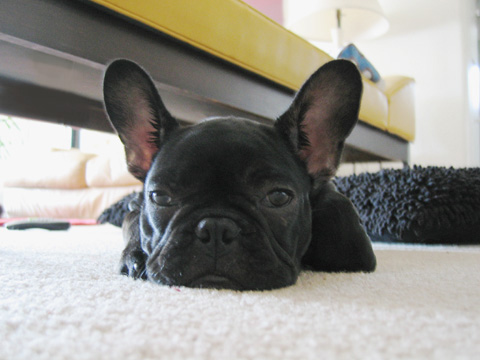 And the love of my life…

* Recipe by guest contributor Laney Schwartz, creator of Life is But a Dish Am I the only one who’s obsessed with eating bowls…