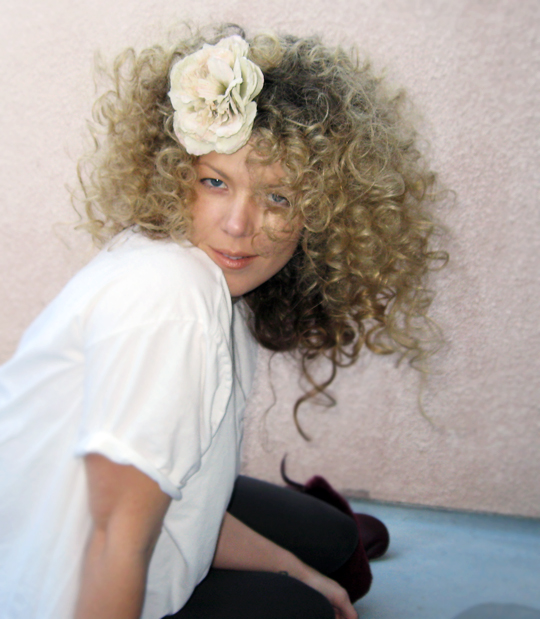 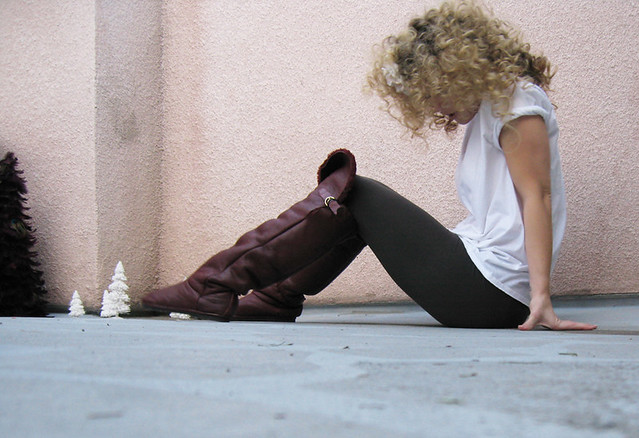 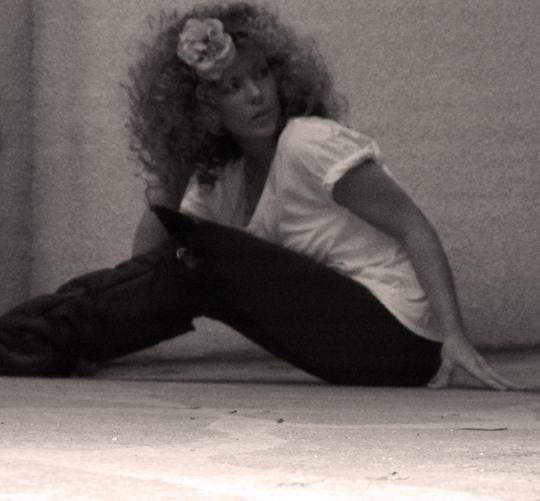 What started out as a relatively under control-smallish spiral curled afro {for this “playing dress up” post in December 2008} …slowly became bigger and bigger and BIGGER by the end of the night. I imagine if I had used a hair pick

on it or even my fingers to sort of pull it out more, it would have gotten even BIGGER. If you’re interested in getting this fabulously wild do …you can click here for my sponge roller afro hair tutorial {that I should really redo because the quality sucks}.

A tip: for a BIGGER do: use either smaller sponge rollers OR smaller sections of hair – or both which will give you tighter curls. If you want the curl to start at the top of your head, watch my video for instructions. If you want the top of your hair straight, as if you’ve been wearing a hat or like the Badgley Mischka Spring 2011 runway looks, roll your curlers from the bottom up and stop at your ears. And obviously, do it to freshly washed, wet hair …and sleep on em. 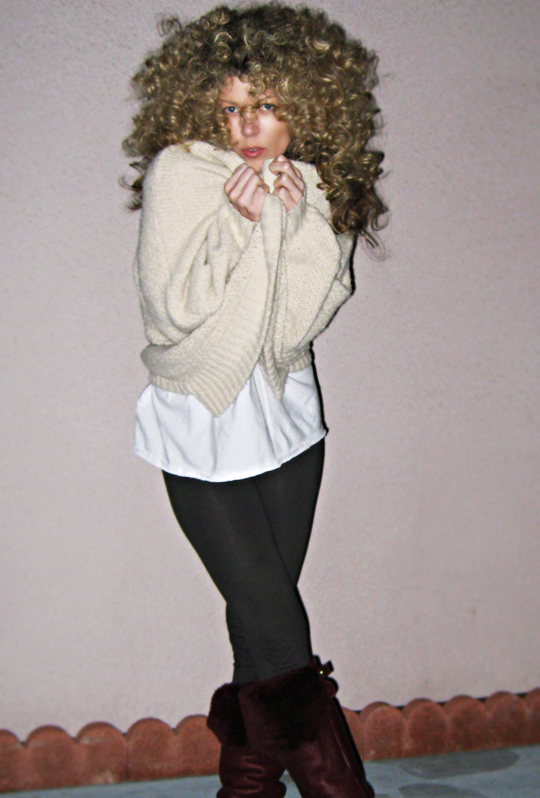 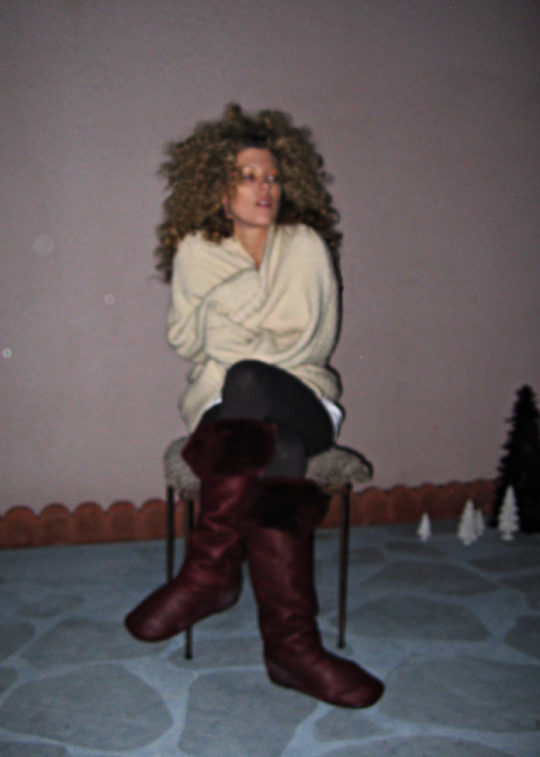 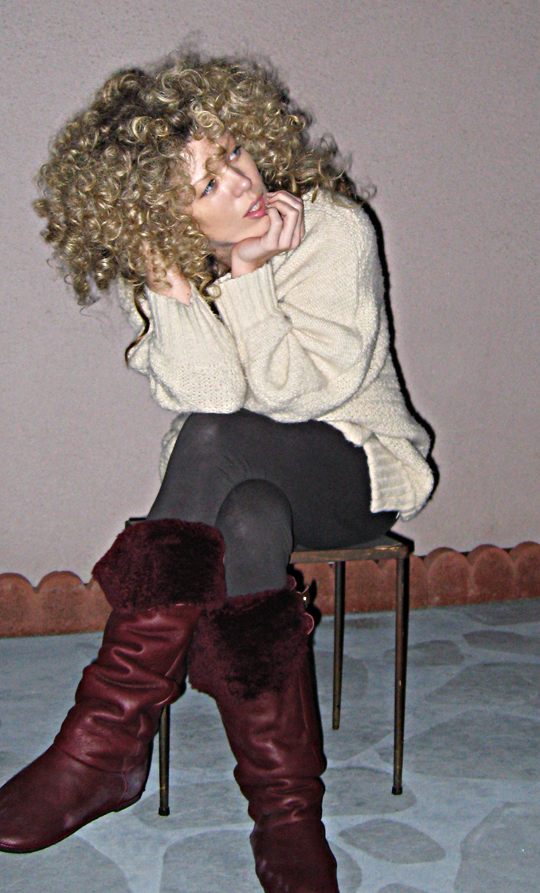 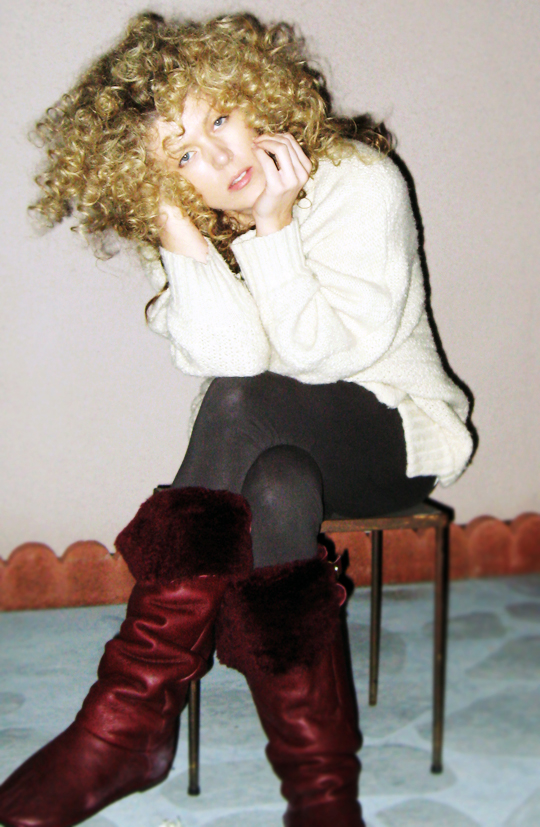 What I’m Wearing* Diesel Jeans …LOVE THESE! …just got them from gilt.com and I bought them in a size bigger so they’d be a…