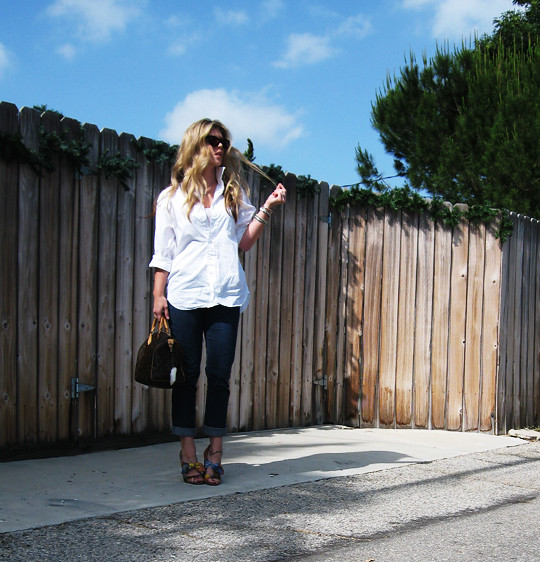 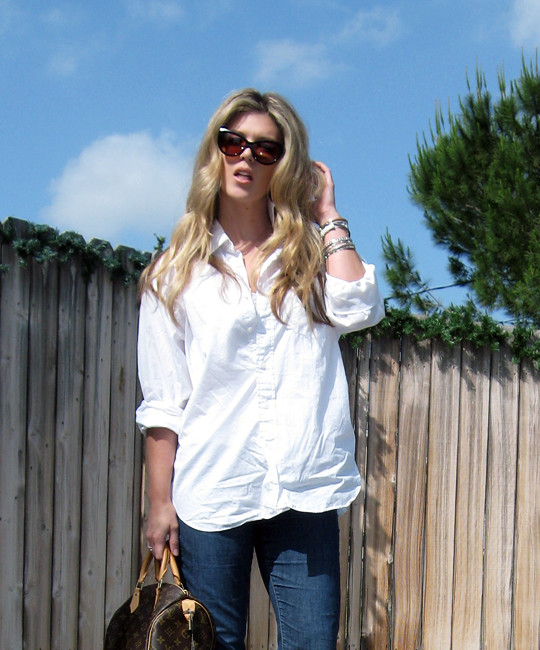 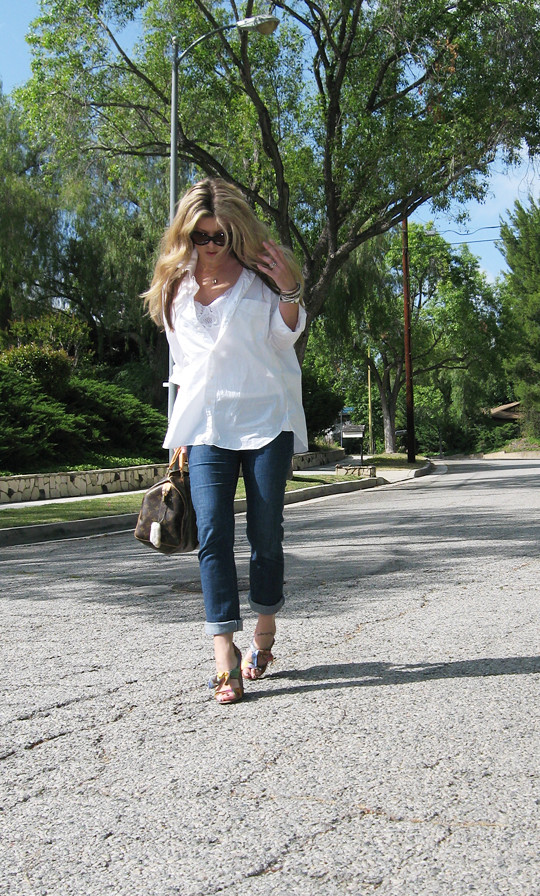 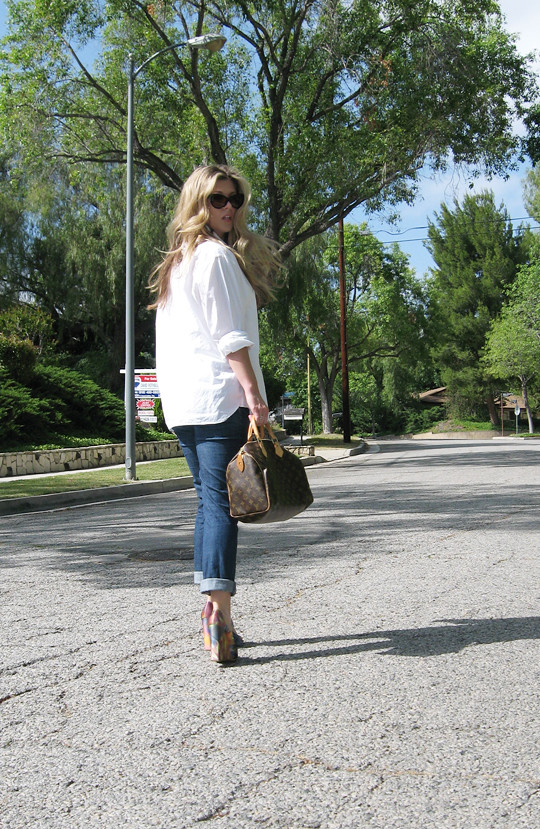 right now if they had my size!}
* Louis Vuitton Speedy {30} Medium …and kind of ready to retire it again for a while. 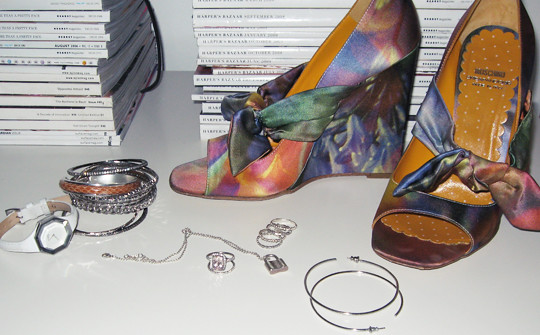 Yesterday evening the husband and I were supposed to attend an amazing Xbox360 Project Natal event with a Cirque show prior …and because we’re assholes, we canceled …due to game 5 of the Lakers vs Celtics. And the Lakers lost. And we missed out on what could have been an unbelievable experience …because we’re assholes. And if you follow me on twitter, the series is over soon …apologies 😉 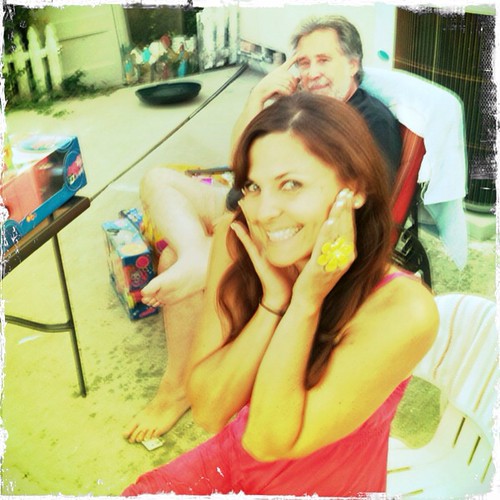 I spent Friday afternoon with my family & BFF {my cousin -above} in honor of her daughter’s 5th birthday. While normally I would be annoyed spending time with children at an event for kids …because, let’s be honest, it’s just lame when you don’t have kids of your own, I’d do anything for my goddaughter Avery and her mama, of course. But what made this party uniquely special was the Hello Kitty . . . 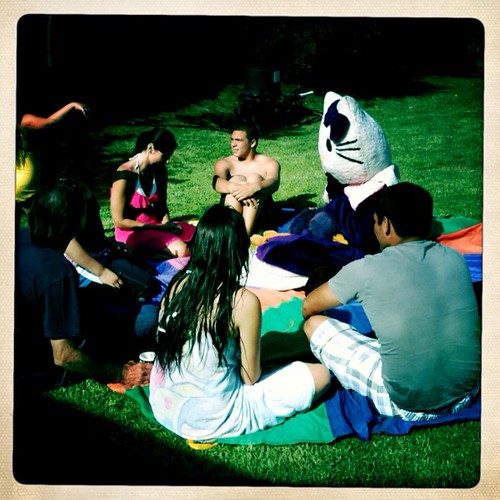 . . .who was played by a man in the dirtiest costume I’ve ever seen which immediately led me to assume he was drunk. His “Kitty” head was consistently tilted sideways and his hand-puppet pal, Ralphie, looked like a mutilated dead bird. His high pitched “Kitty” voice sounded exactly like Stuart’s from Mad TV and when Avery asked “Kitty” to paint her face like “hers” . . . . . .he instead painted her to look like Linda Blair from the Exorcist. 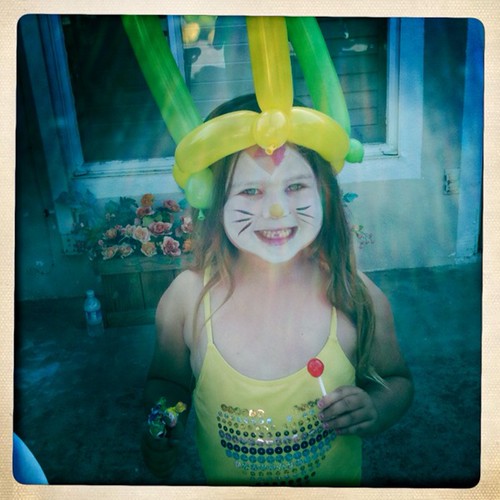 And I would absolutely recommend him for any kid’s party you may be throwing because he made it a blast for all of the adults …literally laughing the entire time. But maybe our family just has a sick sense of humor.

{last three photos taken with my iphone with the Hipstamatic app}