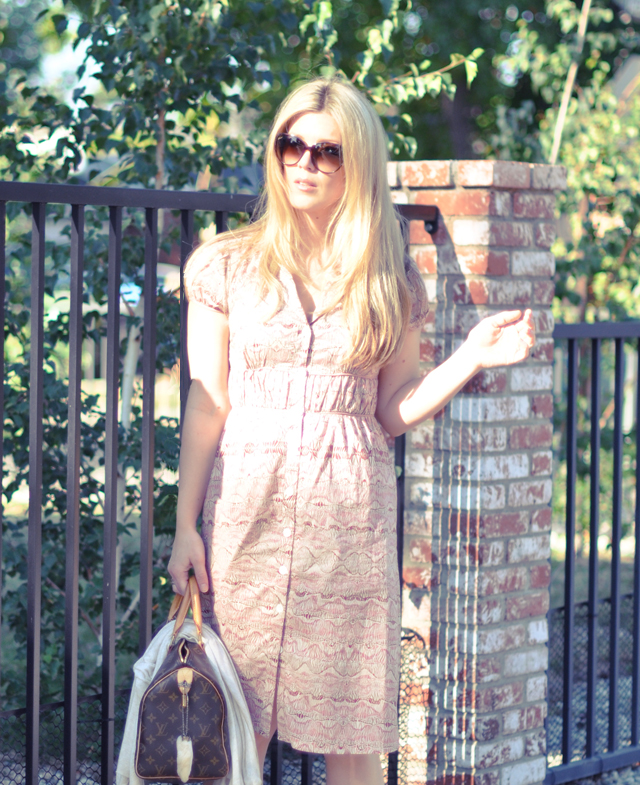 What I’m Wearing
* BCBG Max Azria dress …I refer to as my “Peasant Dress” because of the muted tones and simple design. I found it at the MAXAZRIA boutique in Vegas years ago and it remains an easy, go-to staple dress for those days I just want to throw something on and go. After shooting the photos though I realized how similar it looked like the brick pillar I’m standing next to in tone, texture and even print.
* Victoria’s Secret open cardigan hanging over my bag …for the gallery because it’s freezing in there
* Lovely People ivory oxfords …seen here
* another easy-go-to-staple to grab & go …with a vintage rabbit’s foot charm
* Gucci Classic Stripe Cat Eye sunglasses …original post here

* Title: quote from the movie Indecent Proposal …but originally from the lips of architect Louis Kahn {which is stated in the scene}

If Louis Kahn is right about bricks, and I think he is, then we should all yearn to be bricks, or better yet, a brick.

For the past few days I can’t seem to look at a brick as just a brick without getting lost in how proud the brick must feel to be a part of something bigger I am well aware that bricks don’t actually “feel” but stick with me here …and my house is surrounded by and filled with bricks! Walls, pillars, countertops, floors …coincidence? Pshht, nothing is coincidence, right? Regardless! If you really think about a brick or any sort of single piece to a puzzle, it’s difficult not to realize how much a part of everything we really are. And how amazing we would all be if we envisioned ourselves as “something more”. Not to get too deep on you here, but really, imagine what you could be if you were just a brick. It’s life altering stuff I tell you 😉 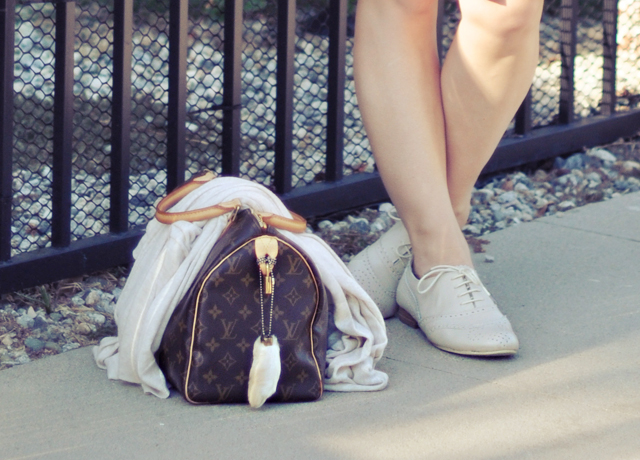 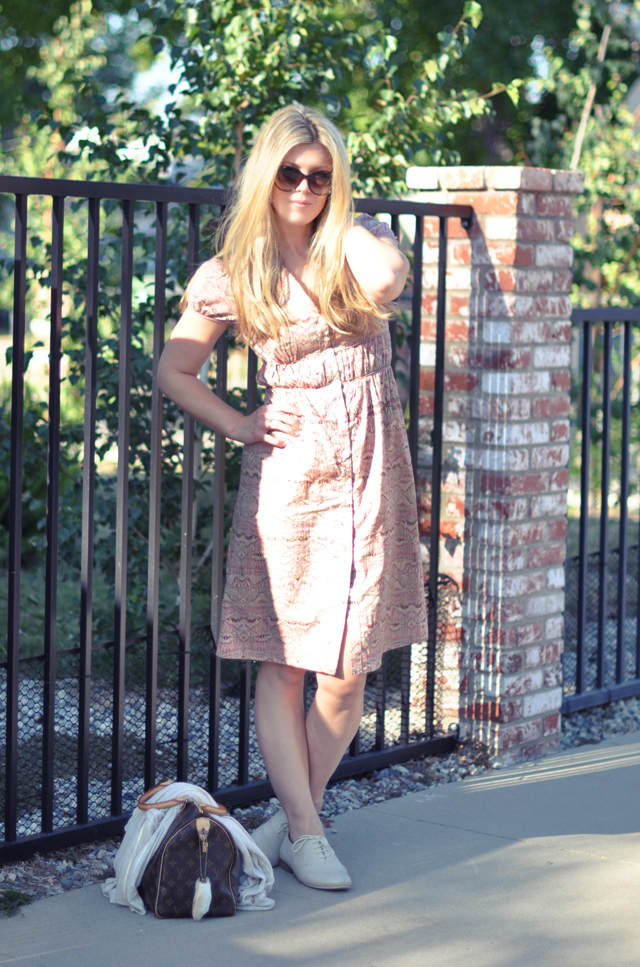 Have a great day, Bricks!

image source: Tommy TonJust because it’s almost Fall, doesn’t mean we have to hide our tootsies away just yet! It’s been over 100 in…