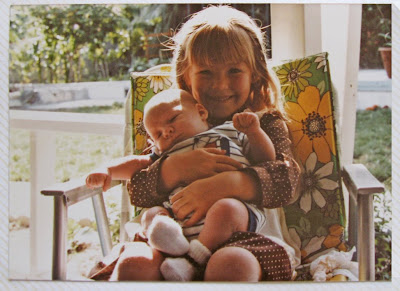 On this day 26 years ago, my brother was born and my mom & dad named him Scott and I was forever a sister.

The actual day he was born, I was days away from turning 6 and I woke up to the woman who lived across the street (Pam?) and was terrified. I think I went running back to my room crying or maybe I didn’t. I may have started rambling off an onslaught of panicked questions to her …in which she answered that my brother was being born and my parents were at the hospital and would be home soon. Maybe I went running back upstairs crying then but mostly I was wondering WHY DIDN’T THEY TAKE ME WITH THEM? 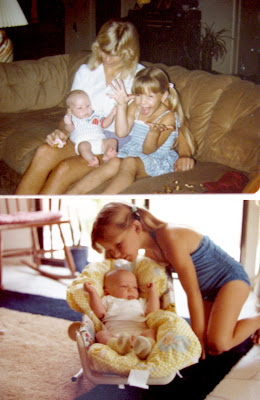 Seriously, I don’t think I could have been happier about having a little brother. I was so in love with him! (gross, not like that 🙂 I wanted to help my mom with every aspect of taking care of him. There was not one bone in my body that was jealous of a new baby taking attention away from me as therapists have asked me this in the past. I was so happy to have him there. 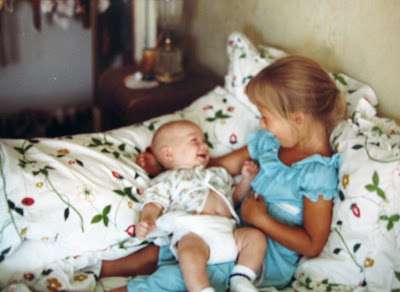 …so happy until I got to the age that I didn’t want him in my stuff or bugging me in my room. Anyone who has a brother or sister knows the age I’m talking about …when they now want to be involved with every aspect of your life instead of the other way around. This was probably around the same time I started calling him a “fag” all the time (um, it was the 80’s) (um, now I just call everything “gay”). My mom would get SO MAD AT ME. “If he turns out gay, Maegan, it’s YOUR FAULT!”. Even at a young age, I would quip back, “Mom, he can’t just TURN GAY, GAWD!” …and that went on for years. 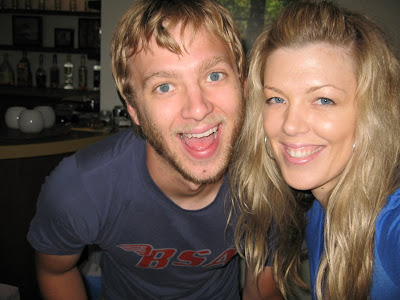 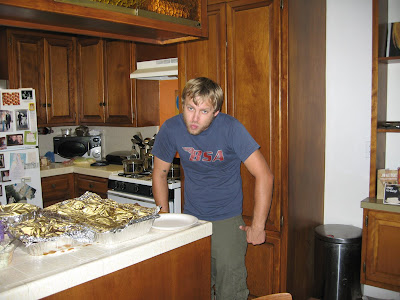 I would have to say that we are probably each other’s best audience; no matter what he says, I think it’s hilarious, and vice-versa. It’s probably annoying to others but it’s hilarious to us. I can’t tell you how many times he sat on the couch patiently watching me sing into a hairbrush and start over one-hundred times, or critique my dance performance practice (“Everybody was Kung Foo Fighting, da nu nu nu nu, those kicks were fast as lightning’, da nu nu nu nu nu), or tell me that my outfit looked whorish and not to wear it, or playing boogie-board teeter-tauter with me in the pool when he did not want to (I still owe him $1.50 for staying and playing with me).

My brother and I went through everything together and even though we fought through the years and I beat him up all the time (for which I have apologized profusely while drunk – and sober), I always had his back and we have a relationship now that is more precious to me than gold. 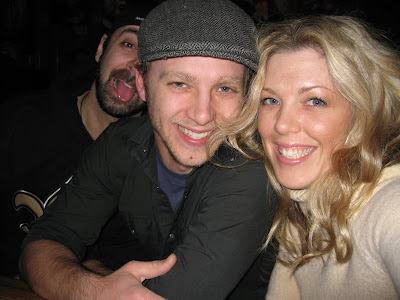 Happy Birthday Brother! I love you! I dedicate the below song to you for your b-day …I think it was on “Maeg’s Videos” …it must have been why you always wanted to get your hands on that tape!

Nature Studies in Color: A Closeup on Trees; Bark & Stumps