One of the best emails I’ve ever received was a thank you from a girl who had read my Dear Lungs post and used it to help her quit smoking. She told me that she printed it out and kept it under her computer keyboard and every time she wanted a smoke she read my letter and it kept her from lighting up. It made me so happy to hear that I had helped someone unknowingly just by helping myself.

Since then I’ve actually gotten quite a few emails from other smokers asking me how I quit and if I could give them some helpful tips. So since this could be helpful to anyone who may be interested in giving up my absolute favorite addiction, I decided to take the time and share with you all how I quit smoking the easy way. 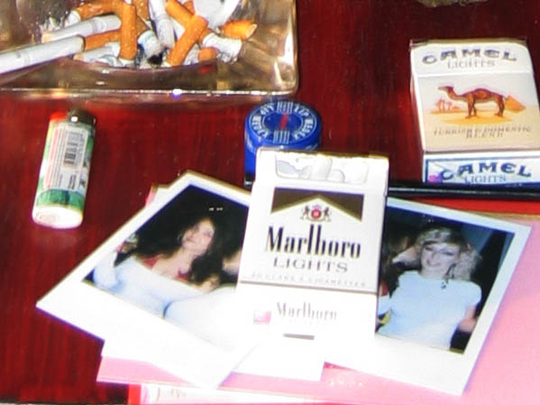 I started smoking in high school, specifically in the back seat of my friend Amy’s car. I don’t remember it being horrible rather, I remember thinking hmmm …it’s not that bad. After years of telling my father to quit smoking, I had become a hypocrite. Back in high school though, I only smoked on the weekends and at parties and never bought my own packs. I remained a social smoker until I was 19 …until that New Year’s Day, after waking up at a slumber party to everyone lighting up for breakfast I thought GROSS! …well, I’m not a “real smoker” until it’s the first thing I want upon waking. The very next morning, I got out of bed and went outside and smoked my first morning cigarette.

I liked the idea of smoking. It was a rebellion thing for me. It came from a place of having been told how “cute” I was my entire life. Smoking, I thought would show “the world” just how “cute” I was not. It was lame, I admit it, but it was that same thinking that also spawned my early tattoos and piercings. But after the initial reasoning, I simply became addicted …and I loved smoking. Like. Loved. It. 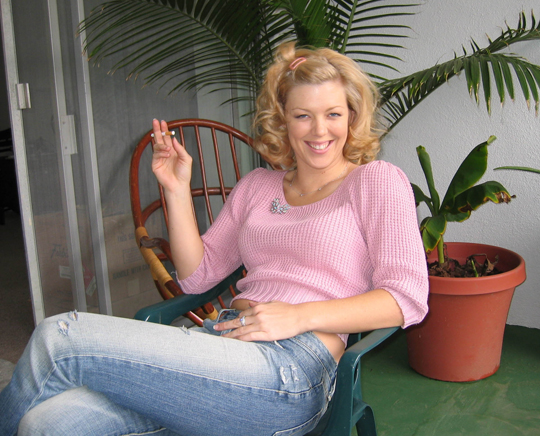 I don’t remember how I came upon this book, whether I found it randomly at a book store or if my husband brought it home for me but regardless, I had in my possession a book by Allen Carr titled The Easy Way to Stop Smoking

which grabbed my attention immediately not only because of the words EASY WAY but because I had heard or read somewhere that you were to continue smoking while reading this book. So I thought, hey, no pressure, I’ll take it out to the patio and read it while I smoked.

And because sometimes I can be the biggest procrastinator on the planet, I began reading it about one month before my 30th birthday. And I took my time. And I smoked …and read …and smoked while reading. And it. actually. worked.

When I finished the book, I had about 7 cigarettes left in my pack. Now, any smoker will tell you that you just don’t throw away gold like that and honestly, I knew if I did, I would fish them out of the trash {like Costanza did with the donut on Seinfeld} and smoke them down. I didn’t want to give them away either. So I kept them. In fact, I left them out on the patio table, where I could be tempted by them hourly but I took a black Sharpie and wrote on each of them phrases like: This is Poison. This is not the answer. This won’t help. And I didn’t smoke even one. For some reason I overlooked the actual poison in the cigarette and focused on how horrible it would be to smoke the chemicals the Sharpie pen had left on them. I know. 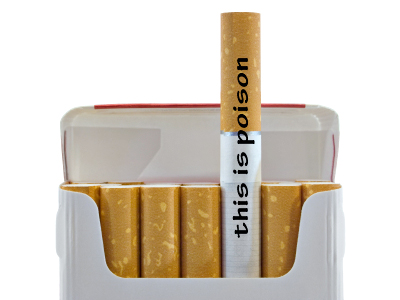 The book was fantastic but you have to believe it like it’s your religion or it will not work for you. You have to let it brainwash you into thinking it is 100% right regardless of the truth or it will not work. But besides the reading and the writing on my left-over fags, I had to sort of set up a ritual to take place of or mimic my smoking ritual because that was part of the fun as well. So I set up a 1000 piece puzzle on my patio table. And every time I craved a cigarette I would go out there and do a bit of the puzzle. It gave my hands something to do …like smoking did. It gave my brain something to do and it allowed me to simulate the smoking experience in a way because I still in essence, got the 5-10 minute outside breaks that smoking gave me. It wasn’t easy, it was in fact hard work …but it did work.

In the following weeks there were times I would get so angry or so freaked out and I thought man, if I could just have a cigarette right now, I would be fine. And I had to literally talk back to the voice in my head -the one that thought a cigarette was the answer- and say “Really? Really you think inhaling poison is going to make you feel better?” and with the visual of the writing “This is poison” on the cigarettes, it really sunk in.

It was hard. I was angry. I remember screaming into my bed pillows and slamming them on the bed so hard I hurt my arm. It was a challenge but it was something I had to overcome.

I had my last smoke on June 8, 2006, exactly 7 days after my 30th birthday and I know if I ever have even one ever again, I will be a smoker again. I like it too much not to. Or at least that’s what I have to believe to keep away from them. And while I’ve had my moments of gazing at smokers, wishing I were one of them, I’ve been smoke free for over 4 years now.

When it comes down to it, you can only quit for you. If you’re quitting for someone else it will never stick. And you have to give up the word “TRY” from your vocabulary. If you’re “TRYING” to quit you’re not actually “QUITTING” …you’re just trying. It’s as simple as that. You’re either doing it or not …but when you decide to do it, you will …just like I did.

note* I’m pretty sure you can buy gold beads …but I had wood ones and this was so much more fun! How I wore…