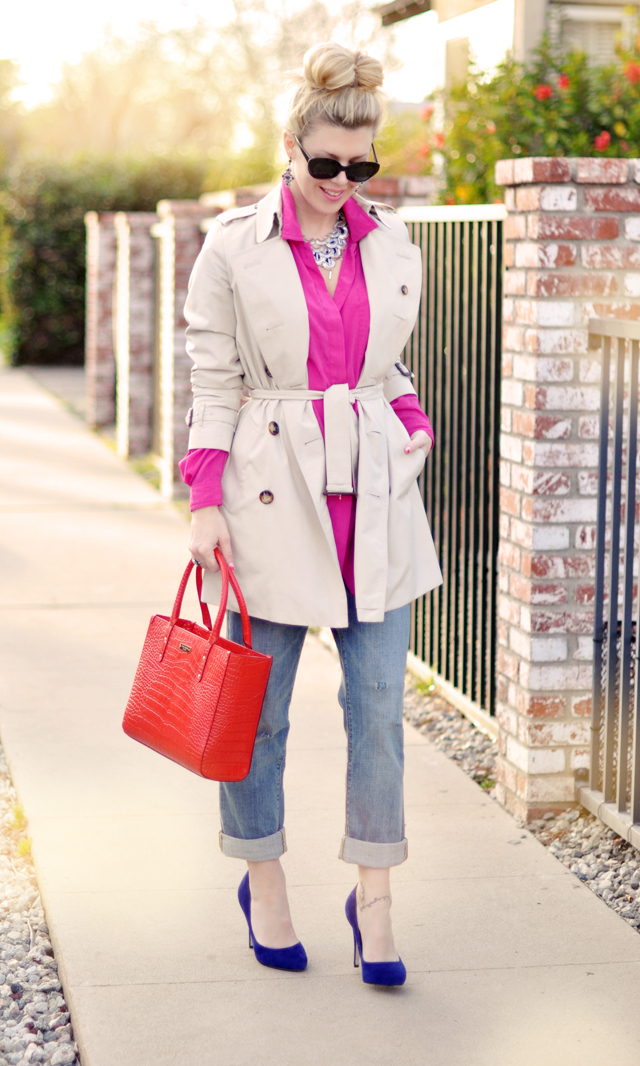 * Hair: I really couldn’t be bothered so I pulled it into a high ponytail on the top of my head but instead of wrapping the the elastic around an entire third time, I only pulled half my hair through.

* Title: lyrics from Whitney Houston – Saving All My Love For You ca. 1985… I’m so incredibly sad about Whitney Houston’s passing. This wasn’t necessarily my favorite song of hers, but it was fitting for today I thought.

Wearing red and pink together was such a “no-no” for such a long time as was pairing black and navy in the same look. But no longer do we have to abide by such rules, and I’m guessing, since my Grandma’s bedroom was mostly pink and red, these two colors were at one time, a happy duo. My Grandma had impeccable taste… well, it may have been over the top, but it was always stylish. Instead of wearing an entirely red and pink outfit though, I through in some neutrals to break it up a bit and added the royal blue with the same intensity just for fun.

The husband and I have been catching the sun just before it sets lately, which is making for some lovely sun-spotted photos. It’s been so warm, I wonder if we’ll have an early Spring? Though it was actually quite chilly when we took these yesterday. We’re spending much of today together… just wandering about town and catching and early dinner later… which is not too out of the ordinary for us, but Valentine’s gives it an added romantic touch. 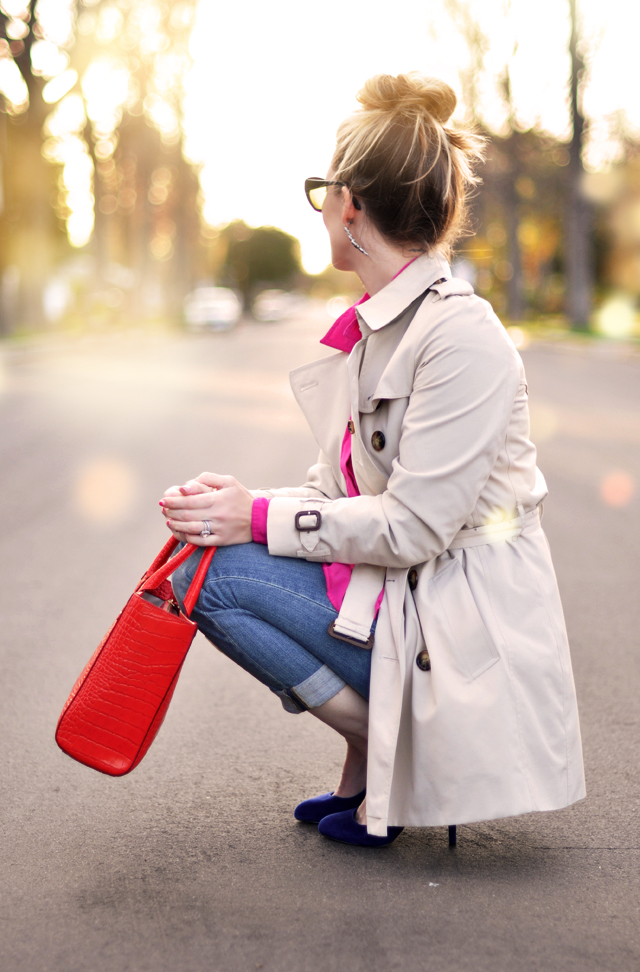 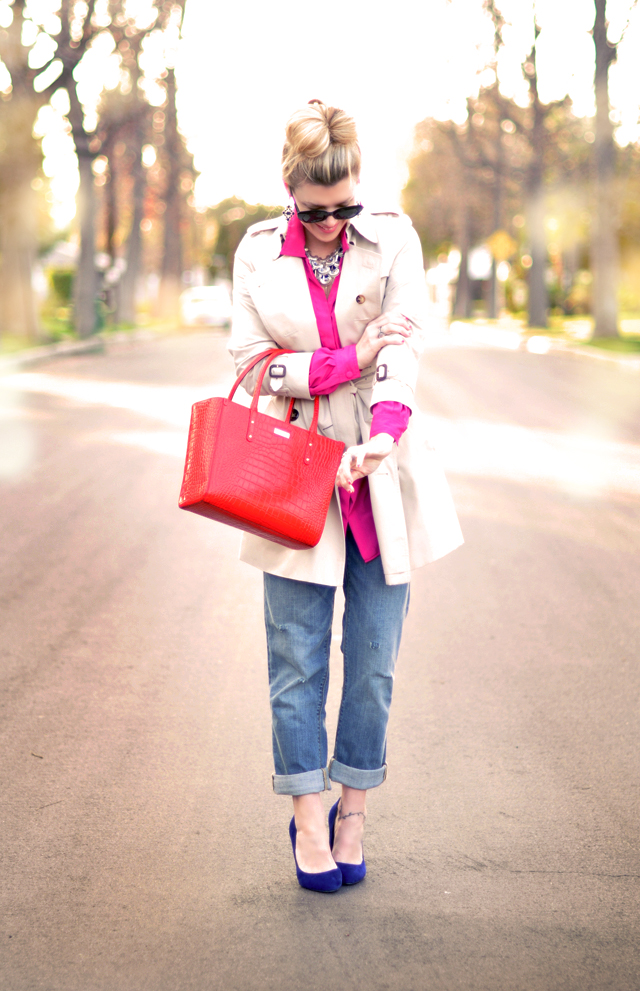 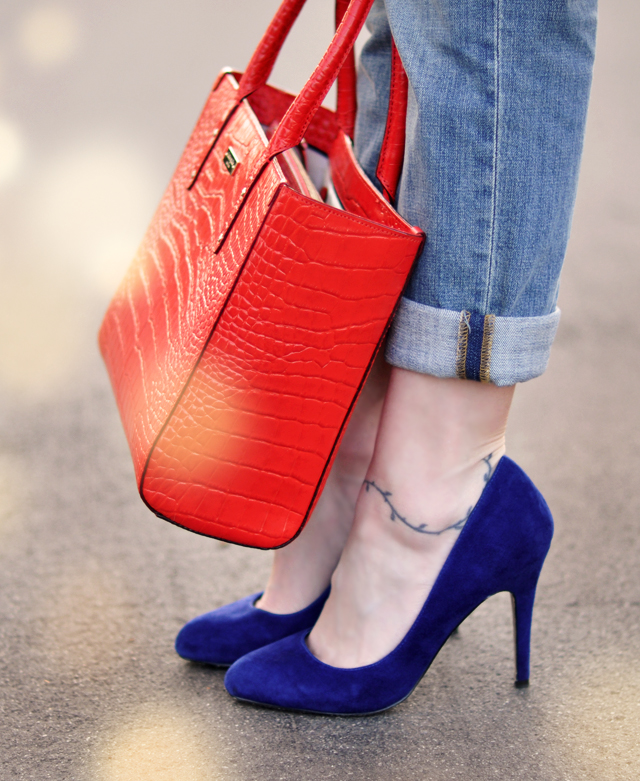 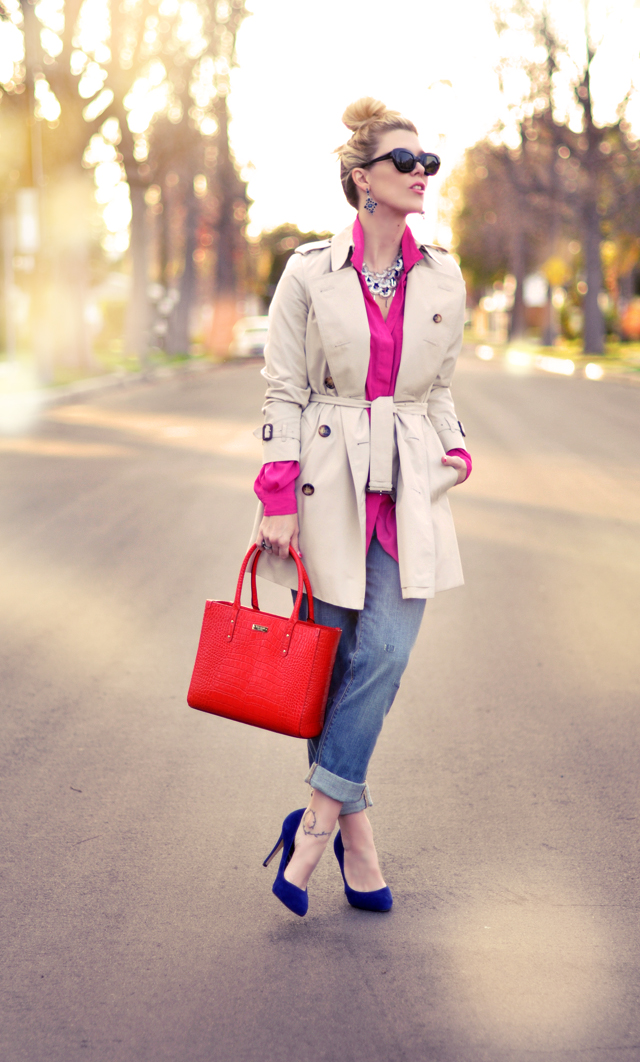 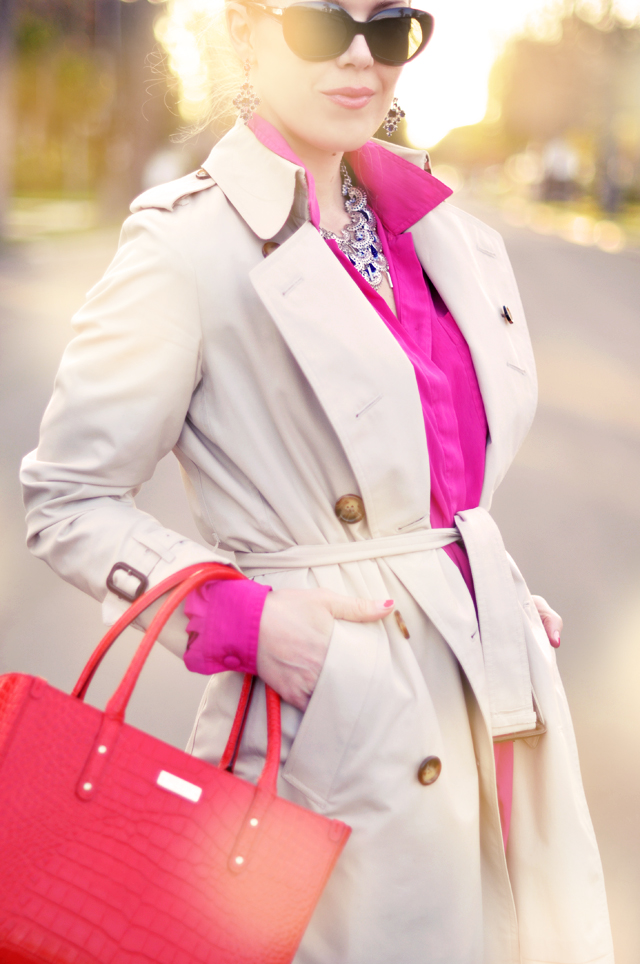 How To Make A Leather Fringe Collar Necklace DIY

Flipping through September Vogue, I spotted this fun dress by Akris and immediately thought it would make a fantastic necklace. I love the clean…