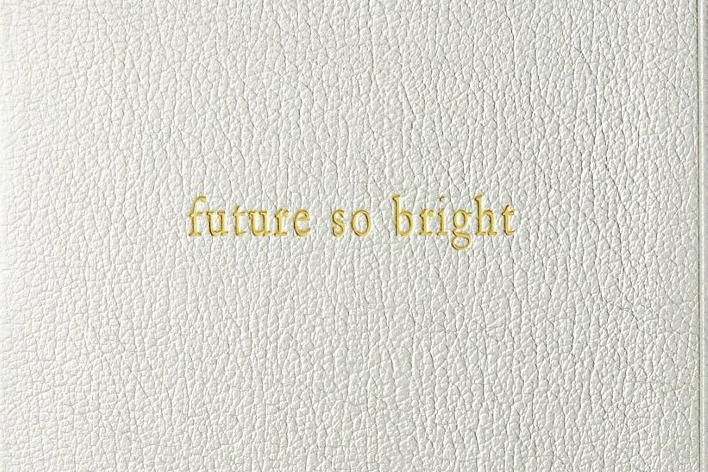 Speaking from experience, I can say that it’s far easier to be positive and see the beauty in life and everyday circumstances when everything is okay – or whatever that means for you, because everyone’s version of okay is completely different.

It’s much more difficult to find that positivity and stay at a higher vibration when you feel like nothing is going your way, victimized by others, having financial difficulty, having business difficulty, worried about your future, and basically swirling in an angry tornado about your past and how that past placed you directly in your current position of un-okayness.

First of all, it’s almost impossible to be creative when you’re in that negative vortex and secondly, most of the time when you’re in that negative space, blaming others, feeling victimized by life, you don’t often know it because you’re so wrapped up in the story of it all, telling it over and over again so as to gain some sort of outside justification and/or validation for “the way you’re being treated” and how unfair it all is.

And the truth is, the longer we live in that space and retell those stories and identify with all of that, the more of all of that we get. So it becomes this self-fulfilling prophecy of sorts that we continue to ride as a means to justify why everything is so shitty… because instead of taking action, it’s much easier to complain and settle into the discontentment which somehow justifies it all the more.

But suddenly, when all is well in our own little world again, we find our creativity surging, we feel lighter, happier, clear-headed and open, ready and available to handle any task at hand with solutions instead of complaints and positivity rushing through our veins… Life feels easy again.

And sometimes we don’t even realize just how stressed out or down the rabbit hole we were until we’re on the other side… because when we get back there, we feel like ourselves again, like life is flowing into and through us and we’re giving back to life as well… and suddenly everything is beautiful again, magical even.

It’s crazy how quickly the tides can change and how holding onto things that don’t serve us anymore keeps us tied to the past and literally unable to move forward. So why do we do it? Why can’t we find clarity and grace within the un-okayness? How come no matter how much we try to convince ourselves it’s all going to be okay, we don’t believe it until it happens? Why do we hold on so tightly to things and people and stories that keep us stuck?

It was MY house. The house I bought, though with my ex-husband, I paid for entirely and that made me feel strong and proud and also utterly afraid to lose it, especially when I had to split the profit with my ex, who truly only deserved a small portion of what he received.

And now, still, every time I think about it, I get angry and so this is the last I’ll speak of it.

During the sale process he had the opportunity to do the right thing at least five times and not one time did he do it. It was hurtful on so many levels and so if his desire was to hurt me, then he got what he wanted. He got the revenge he had hoped for and I hope that makes him happy. As hurtful as it felt, it mostly just proved to me that I had made the right decision about it all.

I finally feel free. I probably have anger and hurt and sadness that may remain somewhere inside me always, because emotional trauma is sneaky like that, but hopefully I’ll hurdle and leap over the things that I got caught up in and soar in a way I never could have imagined before.

And just like that I live in a new house and I love it. I don’t own it, but it feels so right it scares me… that kind of feeling that’s so good you’re afraid if you admit it, you’ll lose it all or something will go terribly wrong. (which reminds me of the beginning sequence of the movie Meet Joe Black)

And if I would have stayed living in the house I metaphorically built, I wouldn’t have gotten to see this new life. I wouldn’t have gotten to feel this freedom, to know that owning a home is not all that it’s cracked up to be and doesn’t make you feel like any more of a success than not owning and that even though things didn’t turn out how I thought they would, I can still be happy – dare I say, happier?

I just turned 43 years old and as crazy as that sounds, it also makes me smile. 43. Forty three. It used to sound ancient, but I feel like it’s just the beginning…

In the last 3 years I have had to deal with at least 6 of the top ten life stressors including separation, divorce, starting a new business, loss of existing business, major business stress, financial stress, a major health scare (that turned out to be nothing at all) and moving to a new home. I’m not sure how well I handled it all but I’m still alive and feeling so ready to thrive (LOL).

There are so many things I look back on now and shake my head at; like why did I even care? These are the things that come with age and the thing I love best about getting older… wisdom and not giving AF about silly things. It’s true. Some of the things we spend so much time caring so much about, really are meaningless. Absolutely meaningless!

Life is a crazy journey and it’s hard to accept the unpleasant areas and easy to get lost in distracted denial when it’s too much emotional pain to bear, but if it were always pleasant, it would inevitably get boring and because we’re human, we’d surely find things to create chaos just to feel alive again.

But we’re not truly alive unless we’re being true to ourselves, facing our fears and overcoming the discomfort, leaping into life’s adventures with full force, creating lives we’re proud to call our own… and futures so bright, we gotta wear shades 😉