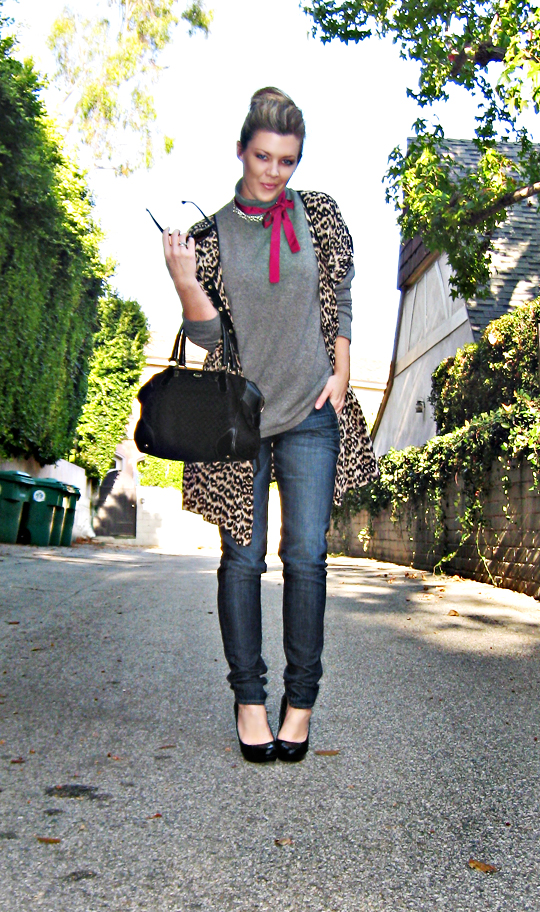 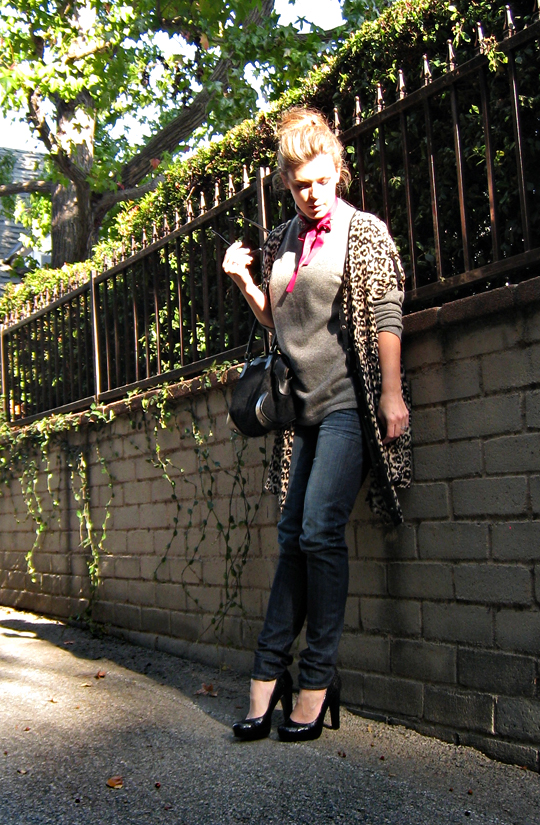 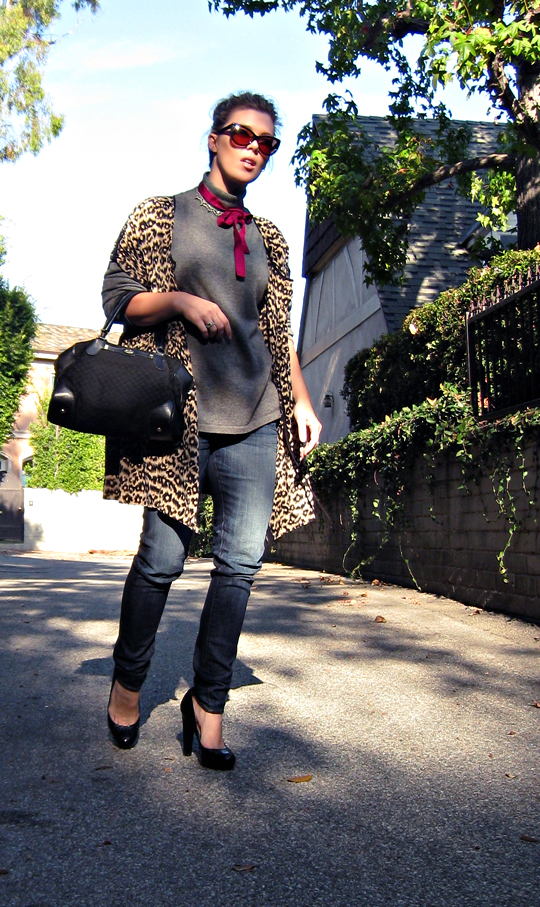 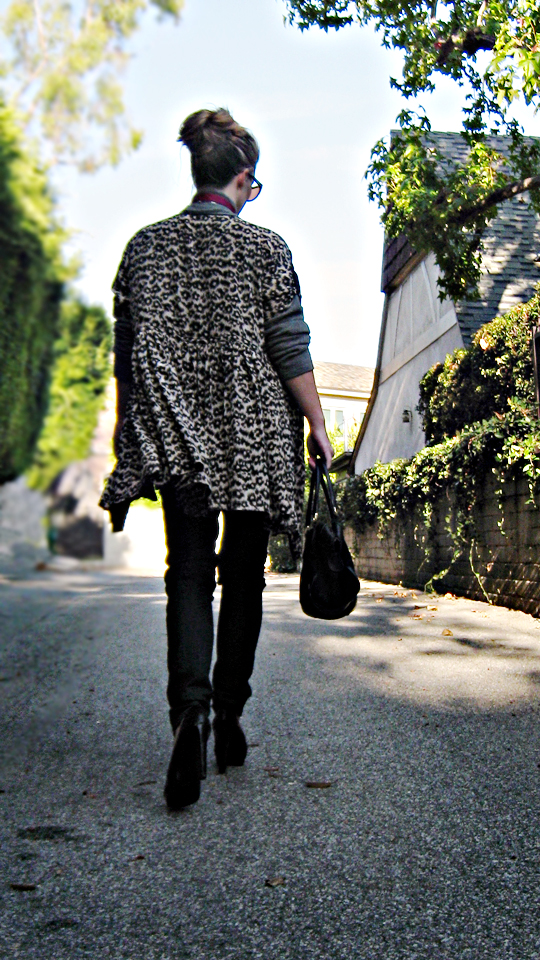 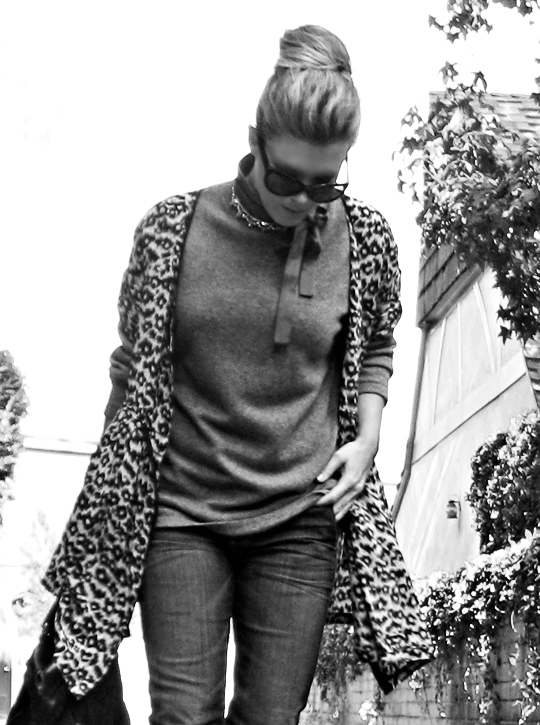 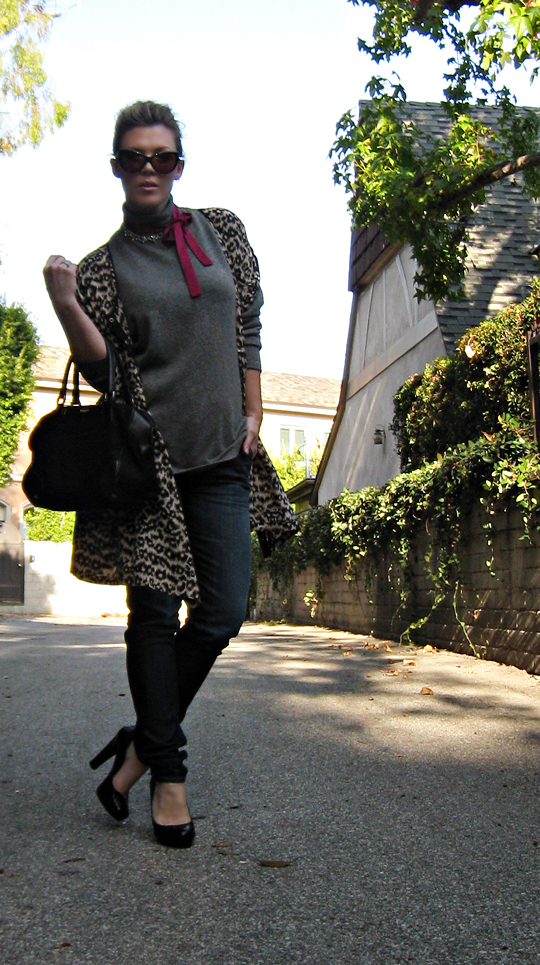 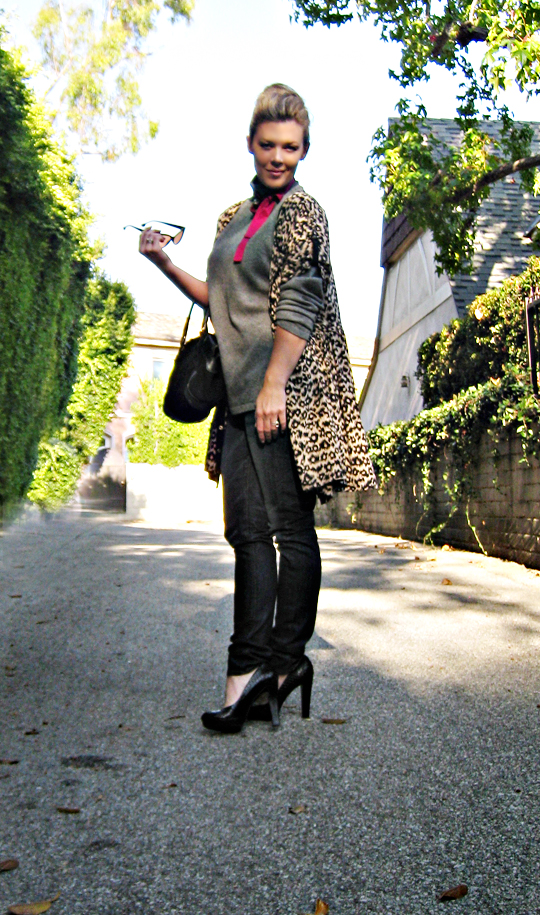 What I’m Wearing
* SEA NY silk leopard print dress unsnapped and worn as a long bed jacket …seen here as a dress in original form. I pretty much felt like I was wearing a cape all day and gave my best Dracula performance at the gallery almost every time I walked by drollgirl’s office. lol. I love this look. I thought it was a great way to spice up a classic jeans and sweater combo.
* Paige Premium jeans Debonair in rebel without a cause wash. Hands down my favorite and most comfy jeans at the moment …last seen here
* Grey cashmere sweater …from my husband’s closet {which he never wears because it would obviously be super tight on him}
* Vintage rhinestone necklace worn over the mock neck with silk fuchsia ribbon {which is a belt from this dress} tied in a bow for a pop of color
* Tom Ford cat eye sunglasses
* Calvin Klein black snakeskin pumps
* Vintage Gucci handbag {which oddly enough I brought out last Fall as well} The classics are always a good thing to splurge on {though I do think I got this on ebay years ago for about $130} because they are ultimately classic thus, always in style. And the lady-like top handle is the it purse of the season. Though really, it’s more about matching your purse to the “look” of your outfit right now
* Hair: washed in the morning ….originally put in a big ponytail but decided a bun was better for the look so I wrapped it around the pony and clipped it down. An easy look that will also give you a nice little face lift when pulled too tightly. 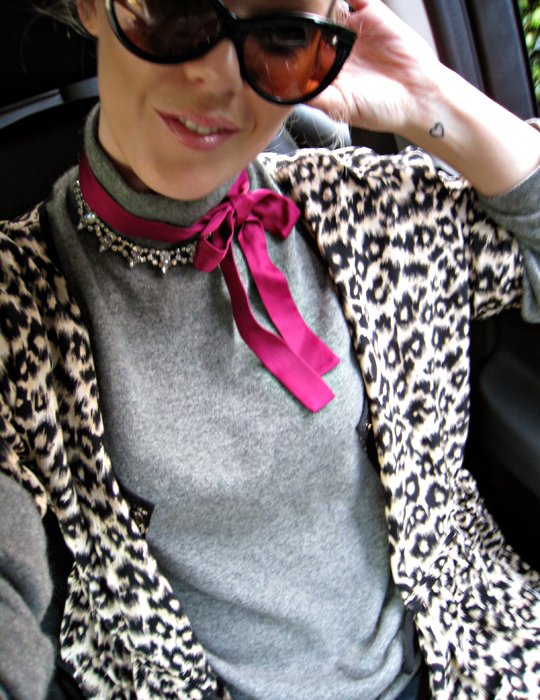 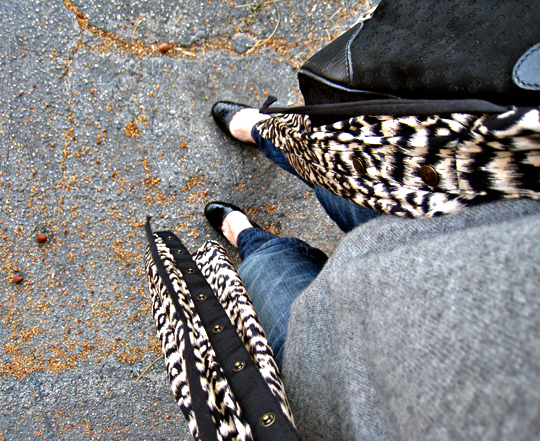 Yesterday I stumbled upon this documentary about the dangers of Aspartame {Nutra Sweet, Phenylalanine – in Diet Sodas and Diet Food, Extra Gum, Equal sugar, and anything that says “Sugar Free”} and while I already stay away from it because it is absolutely unnatural and tastes gross in my opinion, this documentary really REALLY shows how it is straight poison and years of ingesting it has caused many health problems and diseases and even death to people. The documentary {funded by a woman who was affected by it} is Sweet Misery: The Dangers of Aspartame …and it’s long. But really you don’t need to watch the entire thing {like I did} to get the point across. Scary stuff.