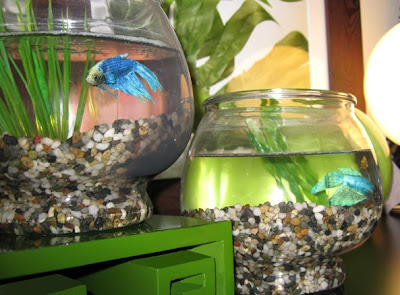 For the past month or so our Betta Fish, Friday, has not been looking so great. He actually started to become much more aggressive and yet more lethargic when his buddy FedEx died the month prior but for the last two weeks was sort of laying on the rocks where the water met. I continued to let the water evaporate because he seemed to need to be close to the waterline and at the same time too weak to keep afloat.

But he kept on keepin’ on. So instead of shocking him with a brand new environment, I conditioned some water on the side and slowly added it to his existing water.

This actually seemed to help. He was swimming more but tangling himself in the fake plants to hold him near the waterline.

My husband told me he just needed more water and that he was fine which made me feel like I was slowly Münchausen him to death.

So on Monday, I finally cleaned out his bowl and gave him a new living environment and he seemed happy.

Today is my day at home {which I’m sure you already gathered} so after shopping online this morning and posting my finds, I did a load of laundry and went downstairs to straighten up and make some lunch. I realized I had a missed call from my husband so I returned his call.

While on the phone with my husband listening to him talk about his awesome sandwich AND straightening up a bit, half-thinking, I picked up what I THOUGHT was a leaf someone had dragged in on their shoe but realized it WAS ACTUALLY OUR BETTA FISH …DEAD …IN MY HAND!!!!!!!!

{still on the phone with my husband}

I THREW THE FISH IN THE AIR AND BEGAN SCREAMING AND RUNNING AROUND THE HOUSE BASICALLY FLAILING MY ENTIRE BODY AROUND. {like when you think a spider is on you} 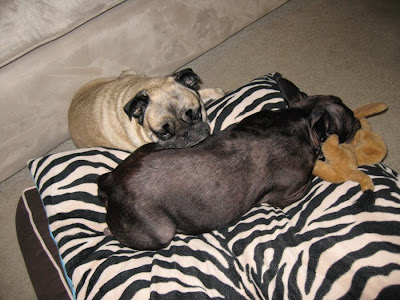 The dogs freaked out and immediately sat on their pillows while I continued to SCREAM BLOODY MURDER and JUMP AROUND THE LIVING ROOM. for at least five minutes …with my husband on the other end having no idea why I was acting like such a freak.

Looking back, I remember seeing what I thought was a leaf on the floor for like TWO DAYS NOW!!! {I am so grossed out you have no idea} The fish must have just jumped out of his bowl, splat on the top of the shelves and then jumped 5 more feet to his slow but imminent death. 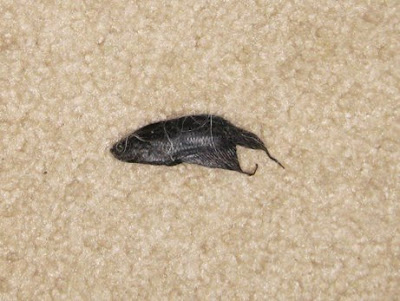 I seriously could NOT stop screaming. And even now, thinking about it, typing it, looking at that photo, my skin is crawling and I want to squeeeeeaaaal.

So long Friday …I didn’t mean to kill you. {or, you’re welcome}

{in other pet news our Pug, Bebop is feeling much better. He had a horrible bladder infection but his back seems to be fine which means we spent about $1000 instead of $6000 …thank you for all your kind words and well wishes! We are so glad to have him back}