This post is brought to you by Bravo TV… all opinions are my own. 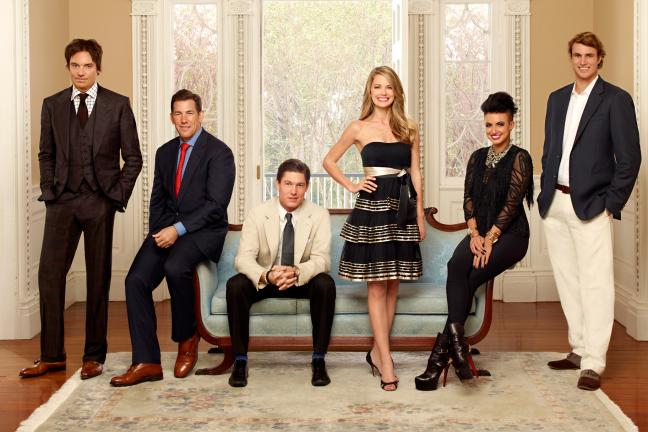 In the early days of reality Tv, I watched them all… and then I sort of tired of the format and found that I wasn’t keeping up with my DVR’d recordings and eventually just stopped watching them all together.

But then in the middle of it all –though I’m 100% sure I spend too much time staring at my TV as it is, none of the shows I was watching gave me that giddy excitement and guilty pleasure of yelling at my TV like reality shows do…

If you’ve tuned into Bravo at all lately, you’d have noticed a trailer preview during every commercial break for a new show called Southern Charm, set in Charleston, South Carolina, and it looked so ridiculous, I just couldn’t help myself and had to see what all the buzz was about.

This is Cameran Eubanks, who is, in my opinion, the cutest woman on the show {personality and looks-wise}, and you may remember her from The Real World San Diego in 2004 {the last RW I actually watched, which was a sad time since RW was my first look at reality shows}, but I digress…

Other than a few friends from the South, I don’t know much about Southern “ways” but based on the first episode of Souther Charm, I’m pretty sure this won’t exactly clue me in to the way life actually is in South Carolina either, but it will be a blast getting to know these personalities a little better and rolling my eyes at their antics.

While watching the first episode, and googling the familiar faces, I also realized that Whitney Sudler-Smith, a man-boy in his 40’s who still lives with his mother {though I would too if my mom lived in THIS HOUSE}, was also the creator of a fashion documentary I watched and posted about here a few years ago called Ultrasuede: In Search of Halston, that I happened to LOVE, but that mostly fell victim to horrendous reviews {I still recommend watching it though!}. While Whitney totally seems like the biggest sleaze-ball on the show {mentioning wanting a “stabbin cabin” on the side of living with his mother more than once}, along with Cameran, he’s one of my favorite characters so far.

Southern Charm, which premiered on March 3rd {though I watched it on my DVR a day later} was packed with conservative aristocratic, 6th generation well-monied {old-monied & new} immature and entitled man-boys {which Cameron refers to as Peter Pan Syndrome} with big smiles who drink profusely while hitting on women {apparently there are more women than men in Charlston}, throwing and attending polo matches, and just the kind of all-around douchery that makes me want to tune in once a week to just yell at them. And since It’s always “Cocktail Hour” in Charleston I can’t WAIT to watch the second episode on Monday, March 10th, with a glass of whatever for a complete guilty pleasure package.

This post is brought to you by Bravo TV… all opinions are my own.

* Recipe by guest contributor Laney Schwartz, creator of Life is But a Dish Nothing says ‘fiesta’ like a margarita! Am I right? And…